“Life is a blank canvas, and you need to throw all the paint on it you can”  so said the American actor Danny Kaye. 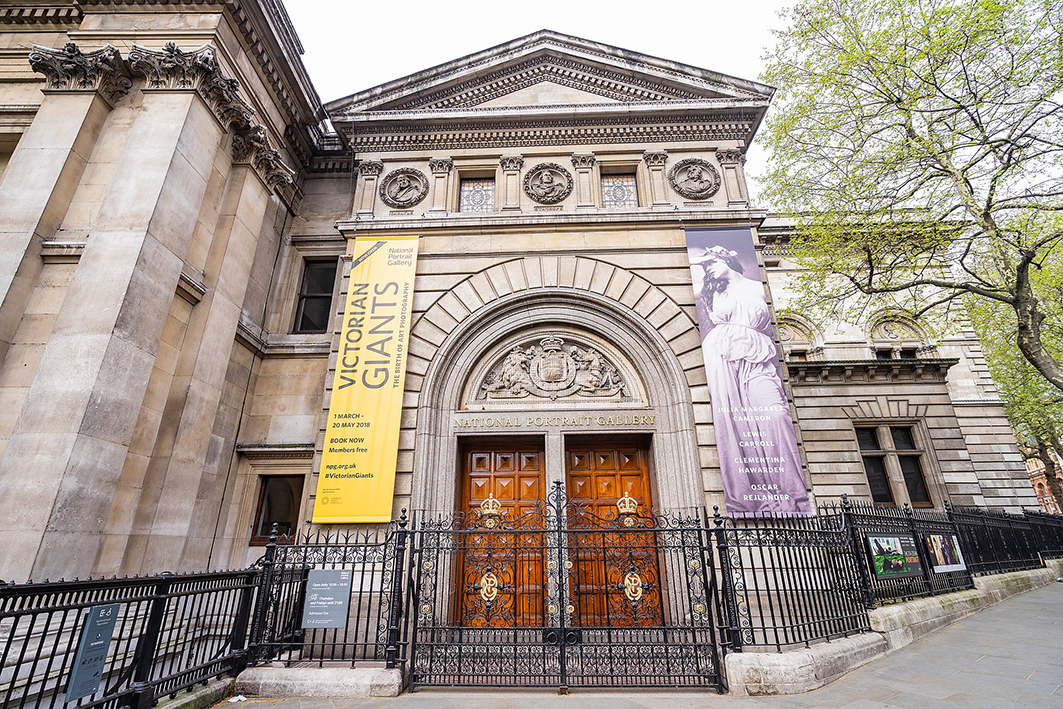 I live in Surrey so had the golden opportunity to hop on a train to visit the National Portrait Gallery in London. Well that was the plan!

27th April was the ideal day – I had a clear day so I boarded a train at Aldershot and travelled to London Charing Cross. Before arriving at Trafalgar Square, I passed a large number of people standing in a queue. On making enquires, I found out they were South African, and that 27th April, was their Free-dom Day. They were there to cast their election votes at the South African Embassy. From the top of his column, Nelson looked down on the Vaisakhi Festival that was underway in Trafalgar Square. Vaisakhi is a historical and religious festival in Sikhism, marking the start of the Sikh New Year. 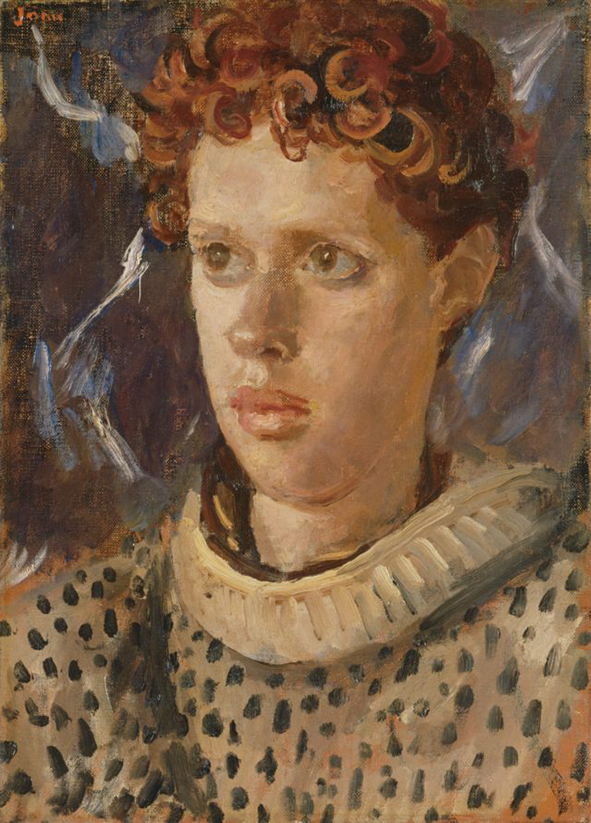 The National Portrait Gallery (pictured above right) was established in 1856 and was the first portrait gallery in the world. Today it holds an extensive collection of 215,000 portraits of historically important and famous British people, of which 150,000 date from the Tudor period to the present day and are on display in the Gallery. The painting I was most interested to see was the portrait of Dylan Thomas (pic left) painted by Augustus John circa 1937-38. Working from the top to the bottom, I visited every room and viewed all the portraits, but to no avail – the one I wanted to see was missing. I asked about its location only to be told that it is on loan – to the Glynn Vivian! 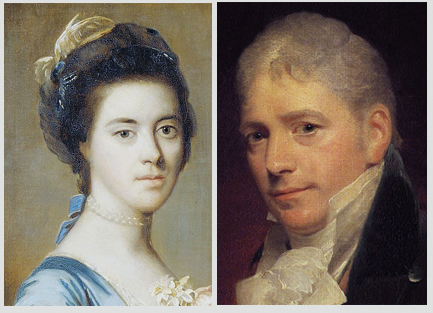 Sir John Morris, the industrialist who established Morriston for the tinplate and copper workers, had a sister Margaret Morris who married a French art collector and dealer Noel Desenfans (both pictured right). The couple along with their friend British landscape and history painter, Francis Bourgeois started to collect works of art. These paintings were the foundations of today’s Dulwich Picture Gallery. 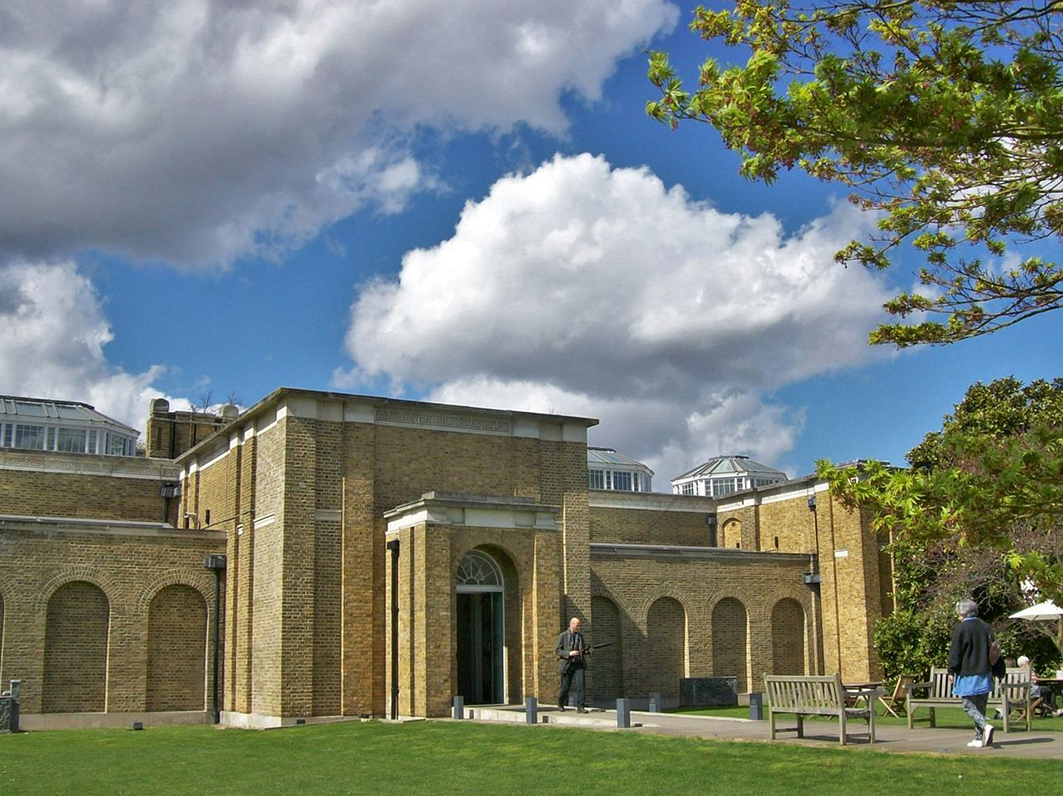 Desenfans died in 1807, leaving Bourgeois to inherit the collection. Sadly, Bourgeois died in 1811, leaving instructions in his will that the sum of £2,000 (£93,000 today) was to be us-ed to fund the construction. Margaret contributed £4,000 before she died in 1814. The gallery (left) was designed by Sir John Soane and is situated in the grounds of Dulwich College. It was opened to students in 1815 and then 1817 to the general public. 94 years after the opening of the Dulwich Picture Gallery, the Glynn Vivian Art Gallery (below left) opened in 1911. This was achieved after Richard Glynn Vivian (below right), art collector and philanthropist, offered in 1905 his collection of paintings, drawings and china to Swansea, with an additional endowment of £10,000. The building was designed by the Swansea architect Glendinning Moxham whose other buildings include The Poplars in Pontlliw, Glen Hir on Road and St. Hillay’s Church, Killay.

Richard Glynn Vivian laid the foundation stone in 1909. Whilst the building was under construction, it had its first art theft when 13 engravings were stolen by Richard Williams, a man from Hafod. When he was arrested at his lodgings, the engravings which were valued at £11 10s – about £900 today, were discovered. 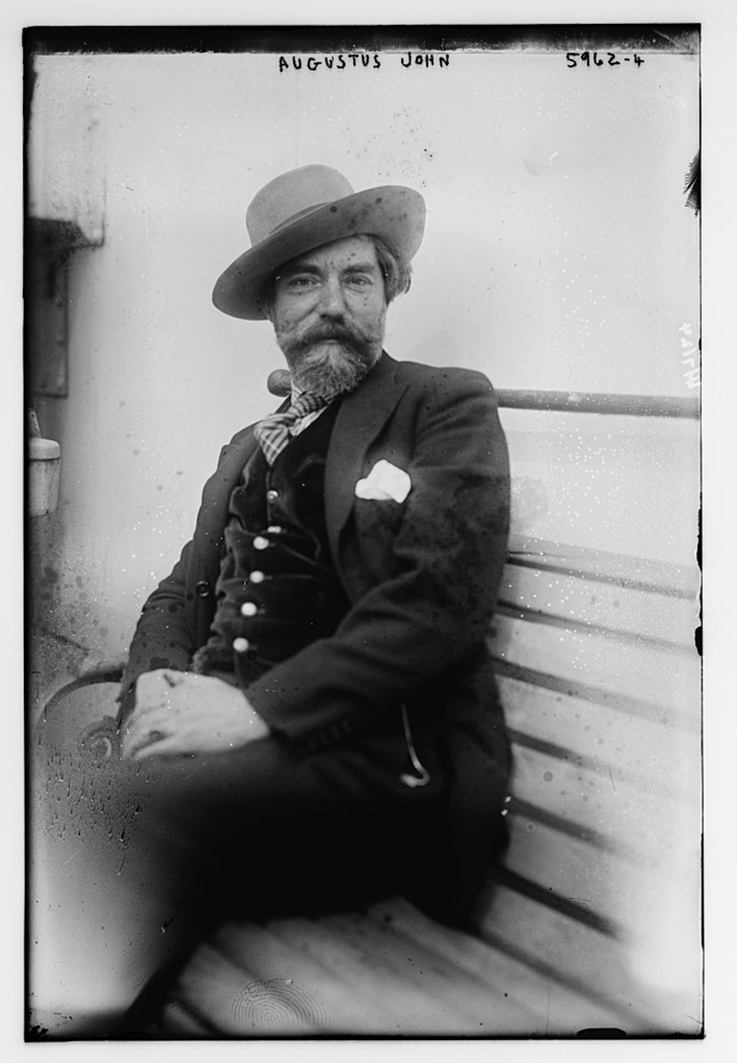 There are many works hanging in the Glynn Vivian, too many to mention but I will go into detail of a few and their connections.

Augustus John (left) was the country’s leading portrait artist during the 1920s. Some of his subjects of note were T. E. Lawrence, Thomas Hardy, W. B. Yeats, George Bernard Shaw and of course Dylan Thomas. This is the portrait that normally hangs in the National Portrait Gallery. It was Augustus who introduced Dylan to Caitlin Macnamara, at The Wheatsheaf pub, Rathbone Place, West End, London. 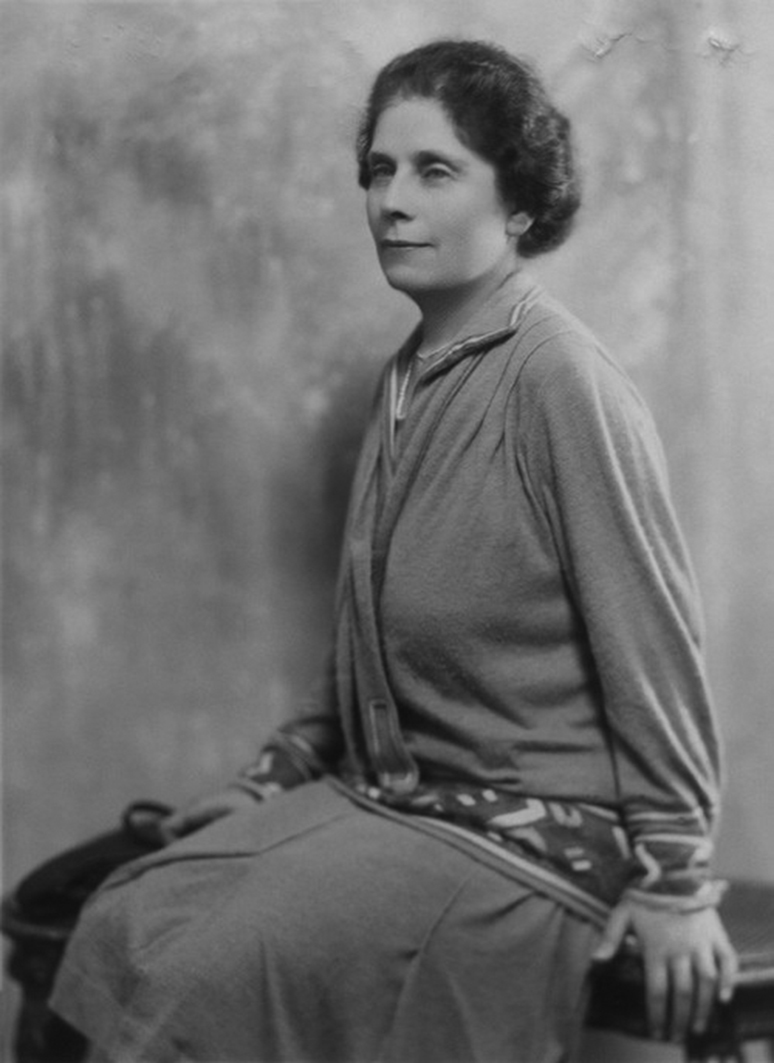 Gwen John, (right) the older sister of Augustus, was also a portrait artist. It was after her death in 1939, aged 63, that her reputation grew. Augustus and Gwen studied at the Slade School of Art, and both had colourful private lives. A number of their works were acquired by the Glynn Vivian curator William Grant Murray, who was also the principal of the Swansea Art School. One of Murray’s students was Ceri Richards (below left) who came from Dunvant. Ceri went on to study at the Royal College of Art. He is remembered for his wooden reliefs and paintings, and also for his designs for the stained-glass windows for both Derby (below centre) and Liverpool Metropolitan Cathedrals (below right). Studying 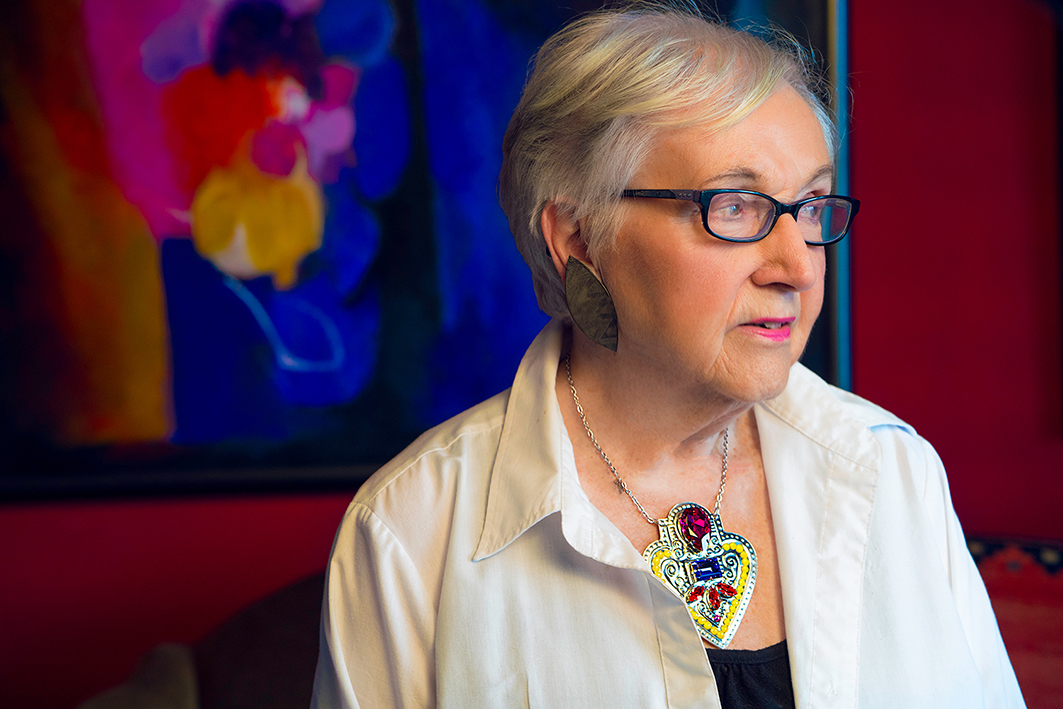 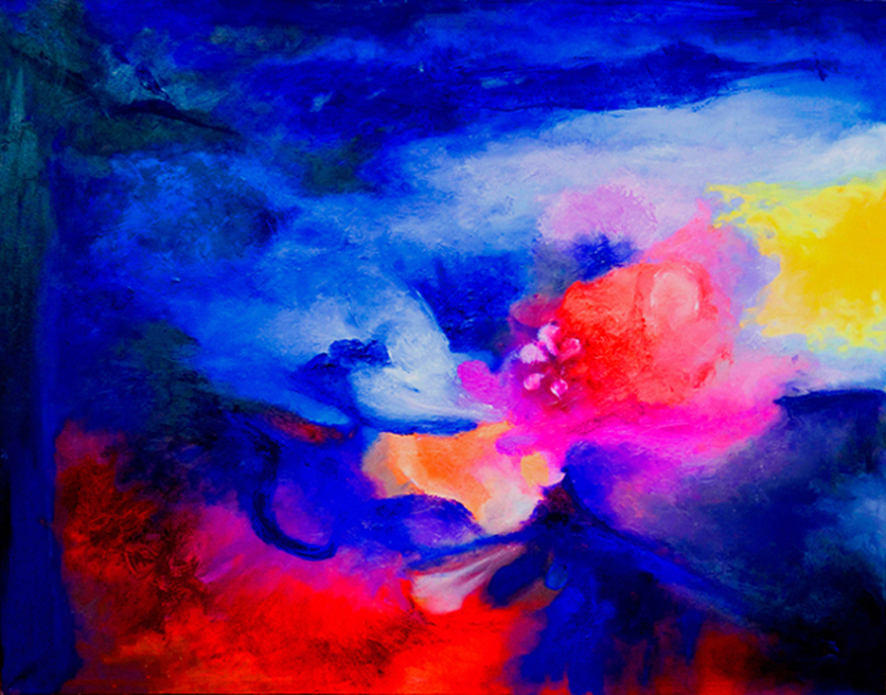 Glenys Cour (left). Her art works primarily concern colour and light (right); her subjects include Greek artefacts and mythology including the tales of Mabinogion. From 1963 to 2000 Glenys taught painting and architectural glass at Swansea Institute of Higher Education. Her works have been exhibited widely here in the UK and across Europe. She is one the founding artists of the Mission Gallery in Gloucester Place.

Glenys unveiled the ‘new’ memorial stone at Cwmdonkin Park, dedicated to Dylan Thomas, on 9th November 2018, marking the 65th anniversary of his death. The original stone was cut by her husband the sculptor Ronald Cour, in 1963. 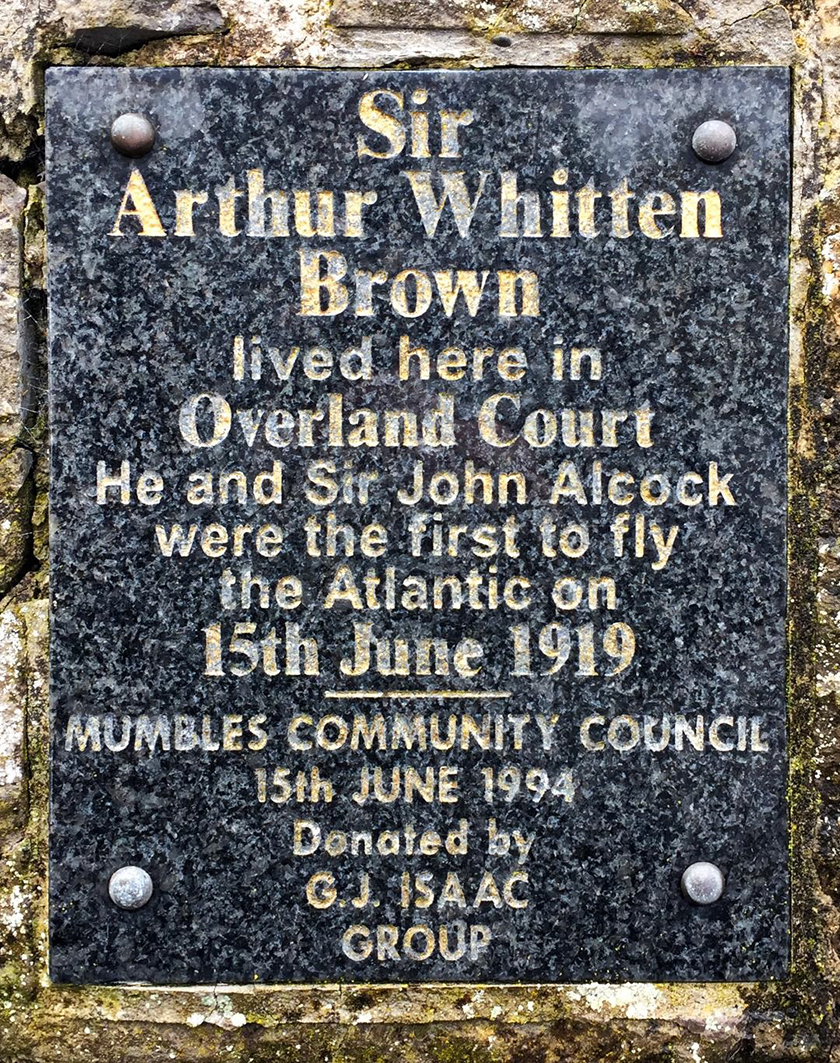 After reading the article last month, about Sir Arthur Whitten Brown and the first Atlantic flight in June 1919, Mr John Smith, kindly took this photograph (left), of the memorial commemorating Arthur Whitten Brown, which is located at Over-land Road, Mumbles.