FESTIVAL OF SPEED TO CELEBRATE THE LEGENDARY JACKIE STEWART 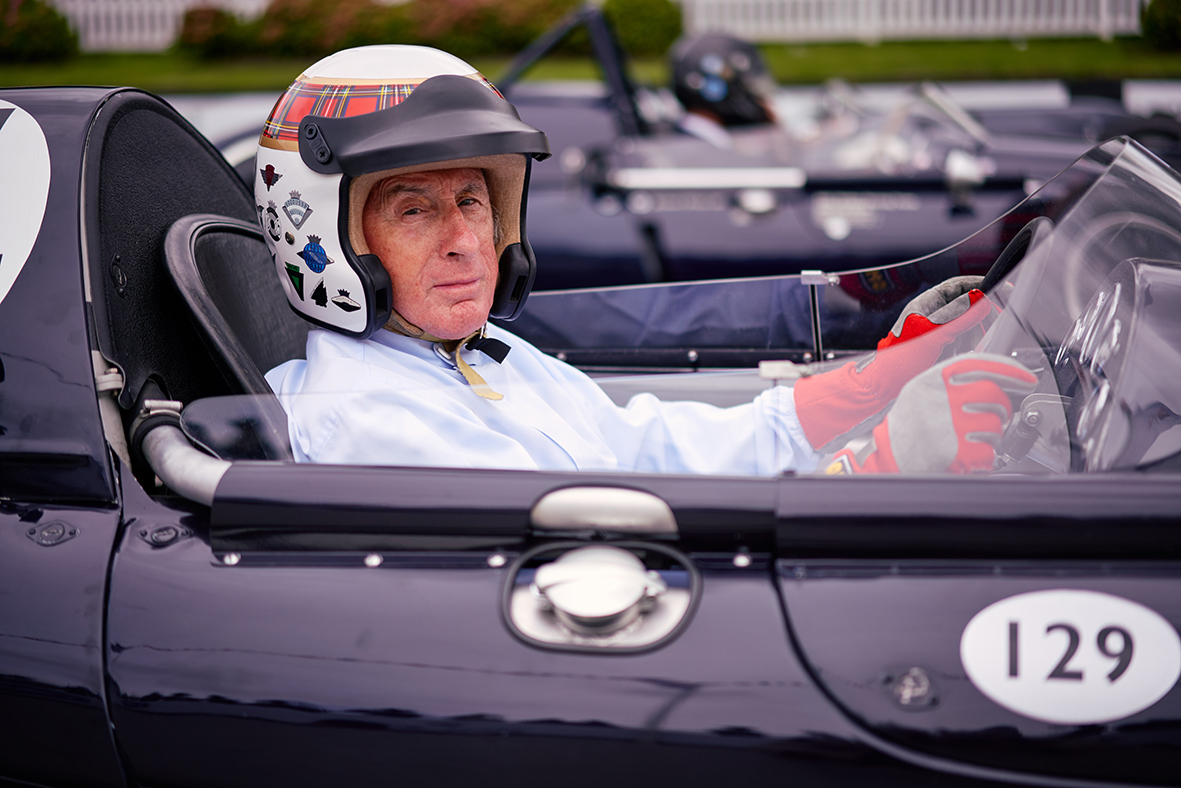 This year marks 50 years since Sir Jackie won his first Formula 1 World Champ-ionship, and this summer, the famous Scot will also celebrate his 80th birthday. Goodwood will celebrate both occasions.

“The gathering of the very best road, race and rally cars in the world makes the Festival of Speed one of the great events in our country,” said Sir Jackie.

“This year, I am very proud that The Duke of Richmond has chosen to celebrate the 50th anniversary of my first British Grand Prix win at Silverstone in 1969 and, in the same year, my winning the World Championship for the first time.”

“This June also, almost unbelievably, celebrates my 80th birthday. Goodwood has assembled a number of special cars from my career, and I hope to drive as many as I can over the weekend. These include the first car I ever raced, and the BRM in which I won my first Grand Prix. It’s a very special celebration which I thank His Grace for.”

Stewart entered his first race in a Marcos in 1961. He won several races in 1962, including one at Goodwood in a Cooper T49. By 1964, Stewart had been signed by Ecurie Ecosse, and early that year he came down to Goodwood after the track manager, Robin Mackay, had seen him testing and tipped off Ken Tyrrell about the new talent. Tyrrell signed him on the spot to the Formula 3 team.

Despite numerous offers from Formula 1 teams, Stewart opted to stay in Formula 3 and Formula 2 before making his Formula 1 World Championship debut in 1965 for BRM, winning the Italian Grand Prix and finishing the season third. Three world championships would follow, winning in 1969 for the Ken Tyrrell-run Matra squad, before a brace of titles for Tyrrell Grand Prix in 1971 and ’73.
While Stewart is known for his success on track, he is equally synonymous for his work in improving safety in motorsport, kick started after a crash at Spa Francorchamps in 1966 left Stewart trapped in his car for 25 minutes. He was eventually freed from the car by fellow drivers, using a toolkit borrowed from a spectator, and was put into a van before an ambulance finally arrived. The ambulance subsequently got lost on the way to the hospital, despite a police escort. After this Stewart campaigned, against strong opposition, to ensure that safety measures were improved, including boycotts of races at Spa Francorchamps, the Nürburgring and Zandvoort. Stewart’s safety crusade helped make safety measures such as pit crash barriers, seatbelts and full-face crash helmets mandatory. He is directly responsible for countless lives being saved over the last few decades in motorsport. 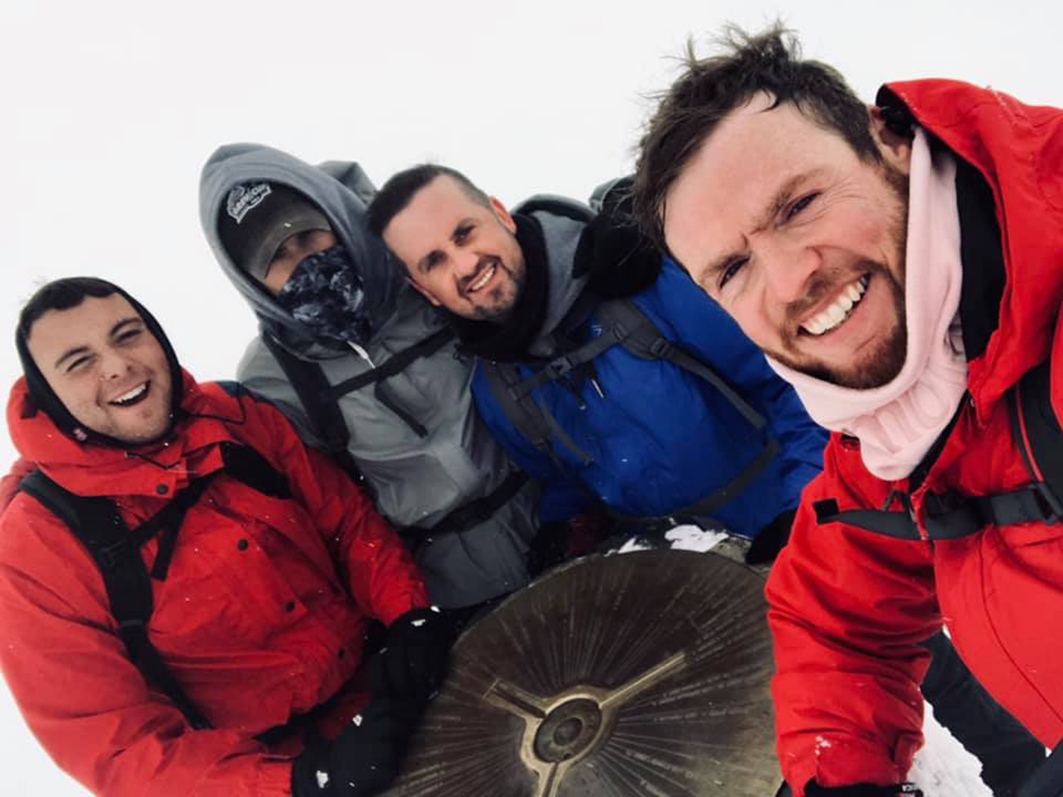 A team of intrepid enthusiasts from Motorpoint have climbed Snowdon in aid of mental health charity MIND.

The four-strong group of Andrew Davies, Michael Gittings, Joshua Lee and Geraint Rowlands braved sub-zero temperatures to reach the highest peak in Wales as part of the company’s on-going support for the Newport branch of MIND. They raised a total of £1,070 following their ascent of the 3,650ft mountain.

Motorpoint, the UK’s leading independent car retailer, adopted MIND as its charitable partner in South Wales at the start of 2019. Since then the team have been busy fundraising, organising a charity football match at Merthyr Tydfil FC as well as training for the ABP Newport Wales on Sunday, May 5 when seven members of staff, including General Manager Christopher Brown, took part in the popular running event.

Christopher, General Manager of Motorpoint Newport, explained: “The guys are always looking at ways in which they can team build and that’s where the idea to climb Snowdon in sup-port of MIND was born. Well done to each and every one of them for their efforts!”

Motorpoint, which has been based next to the Newport Retail Park in Newport for almost 15 years, stocks over 500 low mileage used cars available to drive away same day from over 30 different manufacturers backed by its recently launched Price Pledge. Launched in November 2018, Motorpoint will refund the difference to any customer with-in seven days of their order if they find a like for like car from a competitor. As an added bonus, it will also give the customer £50 worth of Amazon vouchers to spend. 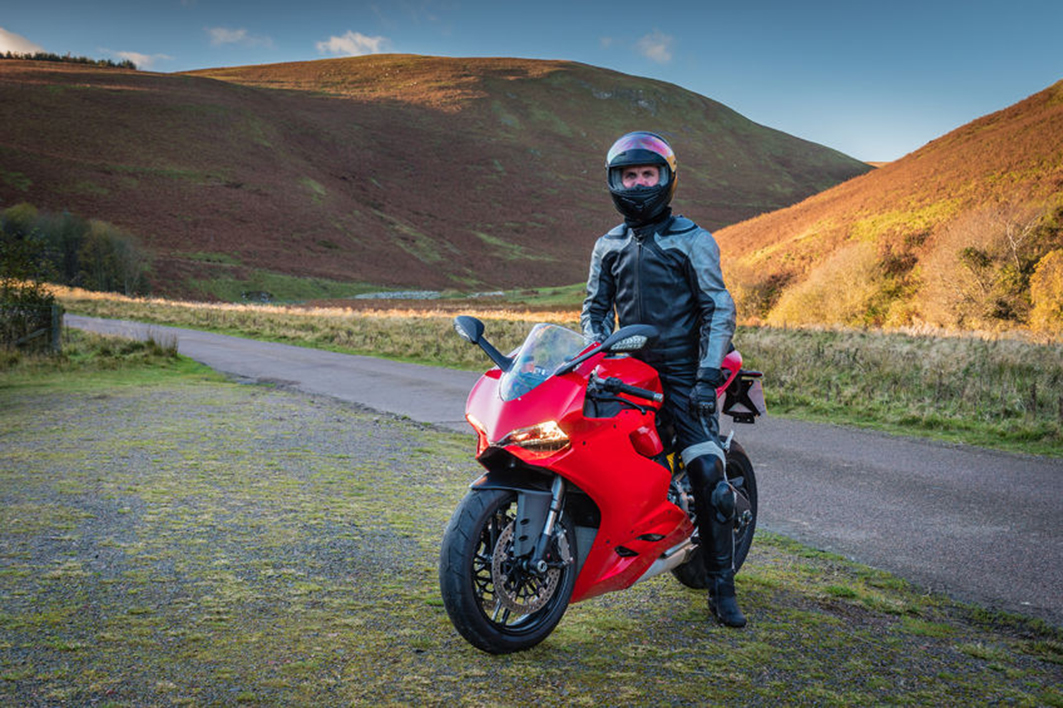 WE CAN ALL HELP TO REDUCE MOTORCYCLE CASUALTIES, SAYS GEM

ROAD SAFETY and breakdown organisation GEM Motoring Assist is keen to reduce motorcycle casualties during the current peak riding season. Central to this, according to GEM, should be a focus for riders on boosting their skill and knowing your limits. At the same time GEM is urging other road users to improve their observation in an attempt to reduce the number of motorcycle collisions.

There were 347 motorcycle fatalities in 2017 (the latest available statistics), a nine per cent increase on the pre-vious year. Bearing in mind that motorcyclists make up less than three per cent of vehicles on the UK’s roads, the disproportionately high figure shows how risky motorcycling can be.

GEM road safety officer Neil Worth said: “There’s a lot of satisfaction to be gained from riding a motorcycle with skill and precision. But if you’re riding at speed, there is no margin for error if you – or another road user near you – gets something wrong.

“That’s why we’re not only encouraging riders to give them-selves a ‘skills MOT’ during the early part of this season, we’re also urging drivers and pedestrians to make a special point of looking out for motorcyclists, especially at junctions. It’s here around 30 riders are killed or injured every day.”

Follow GEM’s five simple ‘lifesaver’ safety tips and reduce the risk of being involved in a collision:

Finally, GEM is asking all road users to keep a good look-out for motorcyclists. “The roads are there for us all to use, so do get into the habit of expecting to see motorcycles on a journey,” added Neil Worth. “It may seem an easy and obvious step, but it has significant potential in terms of helping to reduce motorcyclist injuries.