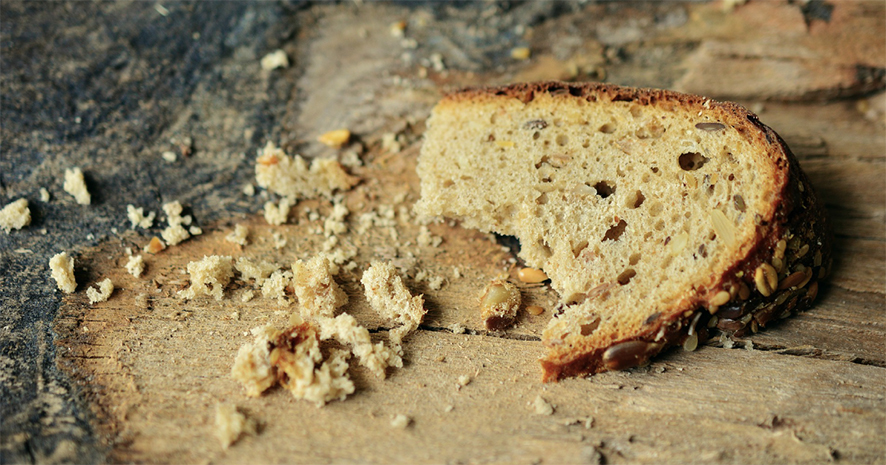 I often hear people telling me in spinal clinics that they have crumbling discs. By this, they mean that the shock absorbing discs in their spines have failed and are disintegrating. This statement is often followed by an acceptance that they are ‘falling apart’ and that ‘growing old doesn’t come alone’. We can all imagine how these people are feeling, when they understand that their bodies have let them down so badly that they are simply crumbling away, with chronic daily pain as a consequence. Many will not only take pain killers for their back pain, but also antidepressants.

In this article, I am using a neat little model created by a Canadian chiropractor (thanks Jerome!) which I think demonstrates how a disc looks and moves.

The first thing to notice is that the discs are sandwiched between blocks of bone, called vertebral bodies and at the same level as each disc, there is a single nerve leaving the spine, which is often called a nerve root.

Secondly, and I think very important to understand, is that the disc is not made of one material. The ligament on the outside of the disc is actually several layers of tough, relatively inelastic tissue, forming an onion skin-type of layering, with collagen fibres criss-crossing as a barrier to hold in the gel in the middle of the disc, like a doughnut holds in jam. The gel acts a bit like those silicone granules which swell up when added to water. The gel is so good, that when we lie down to sleep at night, the reduced body weight on the discs allows the gel to swell up with water and in the mornings, we are literally taller as a result!

So, these pictures are illustrating how the disc looks depending on how we move. The far-left picture is my hand squeezing the bones together, with my fingers uniformly pressing on the disc. It looks like I’m not really influencing the disc, and this is because the disc is actually a very strong construction. A healthy disc needs the weight of several adults loaded onto it for the ligament to fail – the science says around 5000 Newtons. The middle picture shows the upper vertebral body being pushed forward with the lower vertebral body stabilised with my thumb. It took very little effort for the disc to shear into this shape, which is called ‘spondylolithesis’/ ‘anterolisthesis’ in medical talk, or slippage of the spine. The far-right picture is the opposite, where the disc is sheared backwards, which is called ‘retrolisthesis’ in medical talk. Both anterololisthesis and retrolisthesis are not ideal for the spine, since the disc is not designed to withstand these kinds of forces and the layers of ligaments may start to tear (‘annular tear’). The orientation of the collagen fibres make rotation very easy to accomodate, but I couldn’t show you a picture of this as my hands got in the way of the camera, sorry.

These next pictures show how the disc looks when eccentric compression is placed at the back of the disc. I’m squeezing the spinous processes together and this is rucking up the yellow ligament (‘ligamentum flavum’) at the back of the spine. The disc isn’t bothered by this manoeuvre, though.

The far-left picture shows the disc not responding to my squeezing the spinous processes together, which is tending to compress the back of the disc rather than the front of the disc.

The middle picture shows the disc bulging a little bit due to relatively even loading.

The far-right picture shows a bulge of gel squeezing out from a tear in the back of the disc, which is actually nudging against a nerve root. Since the gel causes inflammation when it’s not neatly housed inside the disc, this appearance in real life would probably cause sciatica pain. The picture on the far-right is what happens when we continuously squeeze the front part of our discs ie. lean forward or slouch!

The picture on the left is an MRI picture of a real disc in cross section, like the left picture in picture 1. It shows how a tear in the ligament (which happens as a gradual process) has allowed the gel to leak out from where it belongs, in a high-pressure environment, to where it doesn’t belong, in a low-pressure environment where the spinal nerves live. The owner of this MRI will have quite a lot of leg pain.

So, in summary, just like any other ligament in the body, discs don’t crumble. Take a look more close-ly at your Sunday roast and see how strong the ligaments are which hold that joint of lamb together. Discs don’t crumble and if they’re looked after properly, they can last forever.