There are so many events coming-up in Swansea over the next few weeks and Mark has chosen his top five. 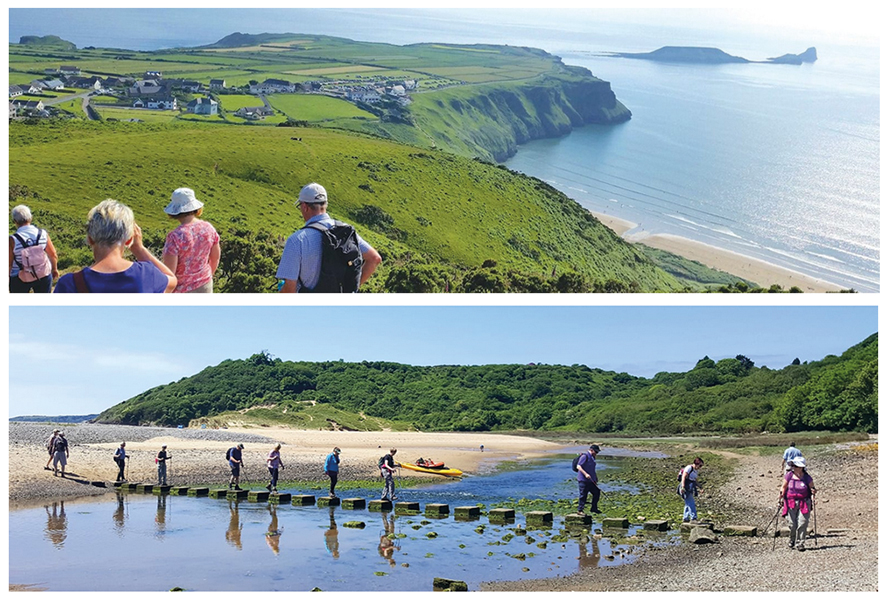 Another annual Gower festival makes a welcome return in June, although it does involve a bit more exercise than the musical festival. The Gower Walking Festival offers everyone the chance to stretch their legs, with its aim being “to encourage participants from all backgrounds to enjoy a unique landscape and a rich heritage.” There are themed walks to keep an eye out for, including those based on some of the area’s more famous men of words, Dylan Thomas and Vernon Watkins, the mythical settings of Cefn Bryn and Paviland Caves, and even one which stops of at Gower Gin for a refresher during the stroll. As with a lot of events in Swansea this summer, there will also be a walk themed around the Swansea 50 celebrations.

2019 marks 50 years since Swansea became a city. As such, there’ll be plenty of artistic events taking place to mark the occasion over the next 12 months, and one of the must-see shows for me opens at Swansea Grand Theatre at the end of June. Calon Lân – The Musical is named after the well-known Welsh language hymn, and tells the unusual true story of Evan Roberts,

a 26-year old miner from the city who, having received a vision from God, set off to save a hundred thousand souls. With words and music by Mal Pope, no stranger to creating hit musicals, it features a ‘who’s who’ of Swansea Bay talent on and off the stage. At the helm is Maxine Evans, fresh from her award-winning stint as director of the fantastic The Revlon Girl, with Kev Johns and Claire Hammacott leading the cast.

The Gower Festival returns at the start of July, which means two weeks of glorious music in glorious churches across the peninsula. There’s a lot going on, and listing every event is probably beyond the scope of these pages. Stand-out performances include two pianists in the form of Wales’ very own Llŷr Williams (above left) at St Peter’s Church in Newton on July 6, and Chinese concert pianist Ji Liu (centre) at St Paul’s Church in Sketty on July 10. There’ll also be some venues in the centre of town getting in on the act this year, with arguably the highlight of the festival promising to be Sir Karl Jenkins’ (right) 75th birthday celebration at St Mary’s Church. But regardless of the music, one of my favourite parts of the festival has always been the chance to rediscover some of the architectural treasures hidden away in these places of worship.

If the weather is just right, is there anything better than a summer’s night out listening to some of classical music’s finest musicians, glass of wine in hand, as the sun sets on Gower?

Opera on the Big Screen

You can’t beat watching world-class opera outdoors on the big screen. Well, unless it’s raining, of course. But even then, it can be a fun night out and, ever the optimist, I’m confident the weather gods will be smiling on us when the Royal Opera House in London beam some of their biggest productions into the city once more this summer. This year’s offerings include two old favourites in the form of Bizet’s steamy Carmen and Mozart’s comic opera The Marriage of Figaro. Ballet fans can also catch the Royal Ballet’s Romeo and Juliet, the first of a trio of productions being shown in Castle Square. Don’t forget the deckchairs!

The Beach Sculpture Festival really is what it says on the tin – a festival which creates sculp-tures on the sands of Swansea Bay. Running for five days on five stretches of sand, it’s a chance to pop along and put your own artistic stamp on the bay, and it won’t cost you a penny. It’s suitable for all ages and abilities, but you need to take your own bucket and spade and, maybe it’s wishful thinking, sun cream as well. And even if you don’t want to get your hands sandy and join in, you can still pop along to see the results of everyone else’s hard work. The works of art might be temporary, but in a way that makes them even more dramatic as a result, knowing that when you next return the salty waters of the sea will have reclaimed them for their own.