This month, each of the books selected presents new insights into familiar subjects from as literary an endeavour as choosing poems for a new anthology; as identifying the missing third ingredient in successful cooking, to a historian’s view of a mirror image of a colonial power that cannibalized its own territory. 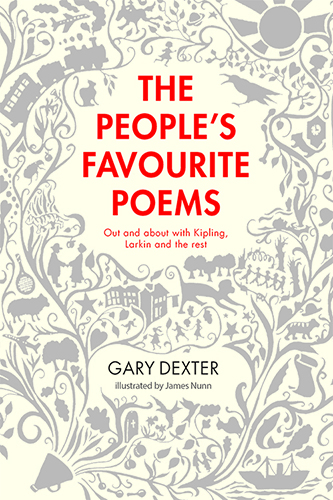 Gary Dexter, author of The People’s Favourite Poems selected the pieces for this anthology in a completely original way. Usually a publisher identifies a genre (e.g. epic poems, war poems, pastoral poems etc.) and commissions an editor/writer to choose the poems from the vast resource available.

Gary Dexter has introduced a new parameter—-the people’s choice. Following a sudden illness, journalist Dexter hit upon a truly innovative métier: he became a street poet, went into pubs, bars, and any public event and offered to recite from memory any poem requested. Worried that his memorised repertoire was too small, he was surprised to find that his customers repeatedly asked for the same poems—and this formed the basis for his compilation of The People’s Favourite Poems.

This absolutely innovative anthology has the thirty poems most requested from our poem-peddling troubadour, each with an introduction explaining the unusual street encounters requesting the poem, the poem itself (some abridged, restricted by lack of space) and the gift of Dexter’s own masterly critique of the poem, erudite, profound and sharply analytical. He has been on radio and has been interviewed frequently as a ‘poetry-botherer.’

Gary Dexter’s The People’s Favourite Poems brings poetry closer to the people than the most formal official attempts of ‘National Poetry Days’ has ever managed to do. For the first time, I recognised that the drunken and aggressive barfly has the same capacity to enjoy beauty as the most sophisticated litterateur. 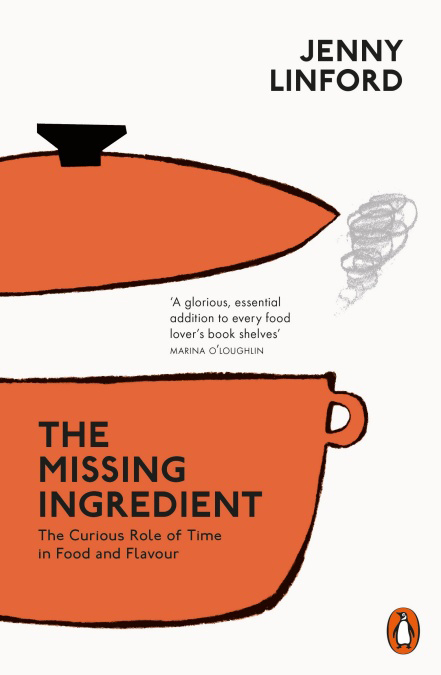 In her book The Missing Ingredient, well-known food-writer Jenny Linford examines the ‘curious role of time in food and flavour,’ looking at the management, preparation and cooking of food from the fresh new perspective of the element of time involved. Naturally this includes the history, the geography, the terroir and indeed the very physiology of taste (how much time does a sauce need to come together, for a jelly to set just right, for a biscuit to be baked to perfection???)

Linford has phased her book on chapters broken into segments of time—–seconds, minutes, hours, months and years. While there is nothing staggeringly new about her premise, it does add a fresh dimension to our appreciation of the difference in taste in well-ripened and aged cheese and wine —not to mention the importance of time in preparing the finest tea, coffee and chocolate.

Linford’s love of food and its sociocultural baggage shines through her relaxed anecdotal style—-her insights are presented with the charm of MFK Fisher, the undisputed Queen of contemporary food writing.

This book has no recipes, no semi-literate ‘celebrity’ chefs and no pretensions of any sort. It is an absolute must for the bookshelves of readers interested in the realities of food preparation, production, management—-and enjoyment. 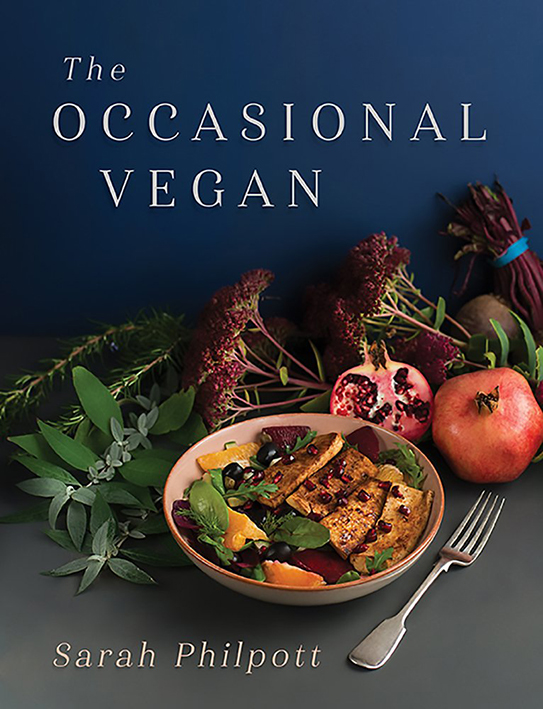 I was as startled by the title of Swansea writer Sarah Philpott’s sumptuous new book, The Occasional Vegan as any-one would be. There’s no such thing as an occasional vegan, I hear you protest. There are only fanatical vegans, cultish vegans, uptight vegans…..you can understand why I thought this fine local writer promised a fresh new perspective we should all share.

And indeed, Philpott’s book has a relaxed, sensible take on veganism, an inclusive insight suggesting that we could all extend our repertoire of enjoyable foods by adding some of the gorgeous vegan recipes in her book to our daily menus.

Philpott shares her sympathies with the vegan cause and explains the dialectic briefly—-but her message is: include the faddy and the restricted diets into your vittles vocabulary, you will only enrich your dinner table. A very modern attitude, and very sound, any way you look at it. 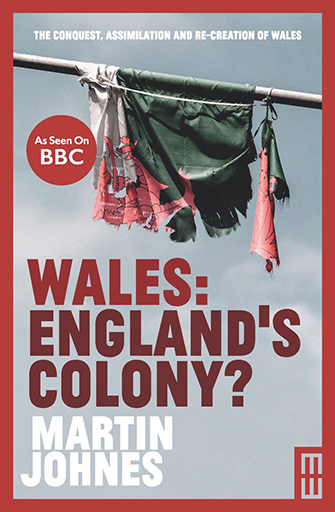 When I first arrived in Wales from a recently independent India in 1984 to join my new Welsh husband in Swansea, I found a Wales that had been stripped of its natural resources and denied a national language and identity by the same Imperial oppressor, its own neighbour. This country had been colonised as savagely as India had been. Hideous slag-heaps were being disguised with a touch of afforestation, while quick-fix attempts to put sticking plaster over the sores left by departed heavy industry showed as pathetic enterprise zones and managed workshops and factories. Road signs were hastily being re-written in Welsh, old Welsh names for towns and cities were being brought back into use.

The most obvious signs of ruthless colonization anywhere are:

To my eyes, fresh from the wreckage of British Imperialism in my native India, Wales clearly displayed every trauma of a suppressed nation, so familiar to me after 40 years recovering from these body blows to national self-confidence.

What did surprise me was that nobody I met in Swansea seemed to bring up this issue. Wales’ strange schizophrenic situation in world politics is that it was a part of the noxious British Empire at the same time as it suffered under the English yoke.

Martin Johnes, professor of Modern History in Swansea University, is the first historian I have personally come across who has identified, researched and published on this anomalous situation. In his 2-part BBC TV Documentary ‘Wales: England’s Colony?’ aired in April 2019, (still available on catch-up TV), he covers these issues with great effect, bringing Wales’ colonial impoverishment to the forefront, focusing on the thesis of Wales having been treated by Britain as a rich colony to be asset-stripped as speedily as possible—-to be left today holding the shameful title of Europe’s poorest country (along with Portugal). Prof Johnes’ accompanying book offers the solid foundation of historical facts that support his premise.

But the people of Wales are aware of the ugliness of the situation vis a vis our colonizing neighbours, reacting with a fierce Welsh nationalism that I identify with absolutely. It shapes itself in exactly the same manner as the way Indian nationalism expressed itself.

It took the end of colonial rule everywhere to open our eyes to the fact that the general populace, whether in the conquering nation or the conquered, was the loser in both these sides of the colonial equation. Always and forever, the axiom is that the rich minority continue to prosper, and the poor majority see no change in their deprived lives.

Sarla Langdon reviewed Celestial Bodies in our May issue and thought that it was a ‘strong contender’ for the prize. Here’s the announcement from Man Booker.

Celestial Bodies, written by Jokha Alharthi, pictured far left, translated by Marilyn Booth left, from Arabic and published by Sandstone Press, is today, Tuesday 21 May, announced as the winner of the Man Booker International Prize 2019. The £50,000 prize, which celebrates the finest works of translated fiction from around the world, has been divided equally between its author and translator. Each shortlisted author and translator also received a further £1,000 for being shortlisted. The winner was announced by Bettany Hughes at a ceremony at the Roundhouse in London.

Jokha Alharthi, the first female Omani novelist to be translated into English, is the first author from the Arabian Gulf to win the prize. The author of two other novels, two collections of short fiction and a children’s book, her work has been published in English, German, Italian, Korean, and Serbian.  An award-winning author, she has been shortlisted for the Sahikh Zayed Award for Young Writers and won the 2010 Best Omani Novel Award for Celestial Bodies.

Marilyn Booth is an American academic and translator who has translat-ed many works of fiction from Arabic. A fellow at Magdalen College, Oxford, she holds the Khalid bin Abdallah Al Saud Chair for the Study of the Contemporary Arab World at the Oriental Institute.

Celestial Bodies tells of family connections and history in the coming-of-age account of three Omani sisters. It is set against the backdrop of an evolving Oman, which is slowly redefining itself after the colonial era, at the crossroads of its complex present.

Celestial Bodies was selected by a panel of five judges, chaired by Bettany Hughes, award-winning historian, author and broadcaster, and made up of writer, translator and chair of English PEN Maureen Freely; philosopher Professor Angie Hobbs; novelist and satirist Elnathan John and essayist and novelist Pankaj Mishra.