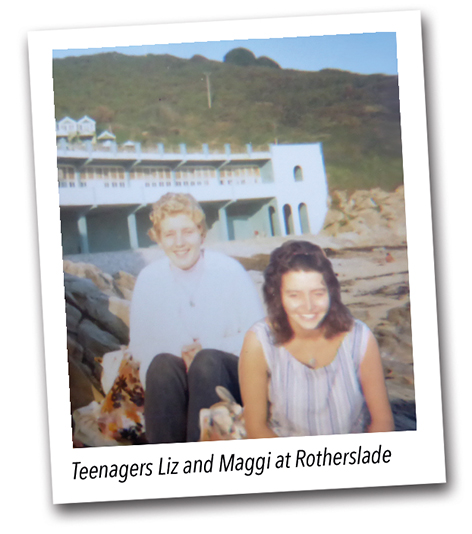 How many really close friends do each of us have? I don’t mean Facebook friends, but real friends – the ones that you meet up with in real life, share experiences with, laugh and cry with. This month Liz looks back on her friend-ships, the real and the imaginary.

I didn’t have many friends as a child. Aahh, bless. No, what I mean is that I was never part of a gang or group of friends. I had friends, of course I did. Just not many. I like to think I was choosy but more likely I wasn’t chosen.

Anyway, first of all there was Donna. She had a poodle and lived in Park Avenue. Then there was Sally. She moved in down the road from me. We swore to be friends forever and then she moved away.

But then Maggi arrived. She was the third of four sisters and I loved to visit the wonderful noisy chaos that was their home, with their gentle and laid-back mum. Actually, I think she’d prob-ably just given up trying to be heard over her daughters and had opted for a quiet life.

Maggi was about seven I think when she moved to Oystermouth. I was a year or so older, but she became my best friend. She had lots of other friends and so did I. Except mine were imaginary. Don’t feel  sorry for me: I’m a writer now because of my imagination and the fact that I was more at home with my book characters in the library than on what today would be called a play date. 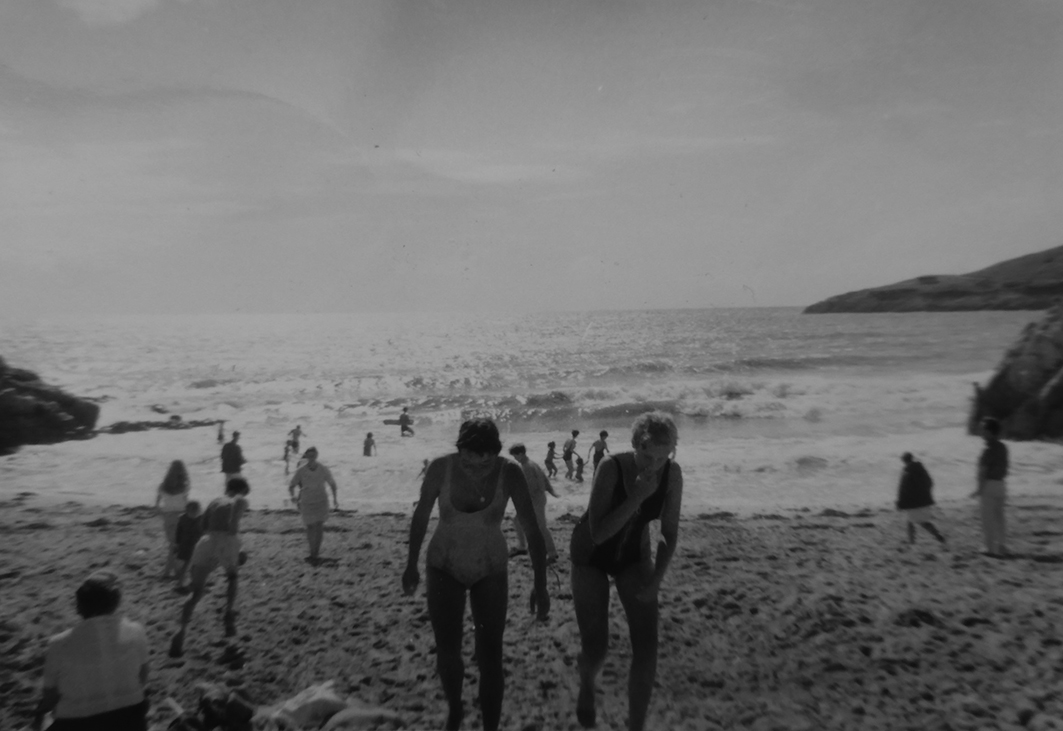 Maggi and Liz on Rotherslade beach

But Maggi and I did lots together. We’d go to Johnnie’s for sixpennorth of chips even after, one day in a grumpy mood, Johnny (the original one) told us off for laughing so much. We’d walk to the pier where my grandfather, who was the ticket attendant, would let us go on for free.

But most of all we’d go to the beach, to Rotherslade. On grey days we’d sit under the shelter and say, ‘It’s definitely getting brighter.’ On rainy days we’d say, ‘It’s only sea mist; it’ll go soon.’ And on sunny days we’d cover ourselves in coconut oil and lie on the beach until we quickly got bored when we’d go in the sea.

As we got older our paths diverged and we saw less of each other. These days we meet up maybe once or twice a year but each time it’s as if we’ve never been apart.

I don’t swim in the sea very often anymore; Maggi does. She’s well-known amongst the local sea-swimmers and last year, in a moment of ‘why not?’ I said I’d join her. We set a date and when the day dawned grey and cloudy I thought we’d call it off. But we didn’t.

‘Are you up for it?’ Maggi said cheerfully. To have said no would have been to deny our past.

‘Yes, certainly,’ I said, but even as I took off my clothes on the beach I kept hoping Maggi would say, ‘It’s a bit too cold, rough, seaweedy.’ She didn’t, and we went in. And as we jumped in the waves we were thirteen again. But I have learned a bit since I was thirteen. At that age I would stay in the water until I was blue, and my teeth were chattering; on this occasion I decided wisdom was the better part of valour.

Afterwards we shared a picnic on the steps and reminisced about our old days. Two women in their sixties feeling like teenagers again.

I’m still not a natural when it comes to making new friends. I sometimes wish I were more sociable, like the friends in Friends, sharing everything, but mostly I’m happy as I am. I always have George the dog to talk to. He can usually be relied upon to put me straight and he doesn’t pull his punch-es. Ditto Husband. And they’re both good for cuddling. 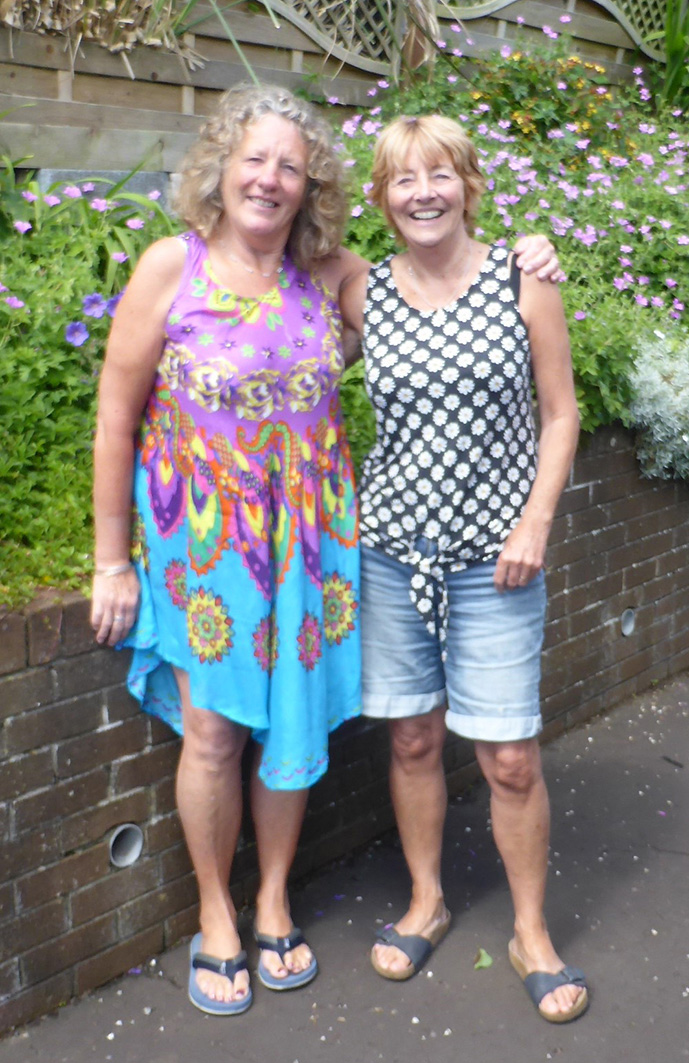 Unlike me, Jesus had a big group of friends. And out of those he had his best chums: Peter, James and John. It must have been amazing – before it became terrifying – to have been one of Jesus’ friends on earth. And that friendship is still available to us.

There’s a famous old hymn, What, a friend we have in Jesus. The second verse goes like this:

Can we find a friend so faithful,

Jesus knows our every weakness;

Take it to the Lord in prayer.

Jesus knows my every weakness, knows how often I get it wrong, but his friend-ship doesn’t depend on me being good enough. Just look at Peter. The man had spent three years travelling with Jesus and seeing all the miracles yet when it came to the crunch Peter blew it. Three times in one night, a crucial night, he denied even knowing Jesus. Yet Jesus went on to build his church on Peter, the rock. I’d have thought twice about doing that! But Jesus sees beyond our flaws to what we could be with his help and friendship.

The sort of friendship that lasts forever.