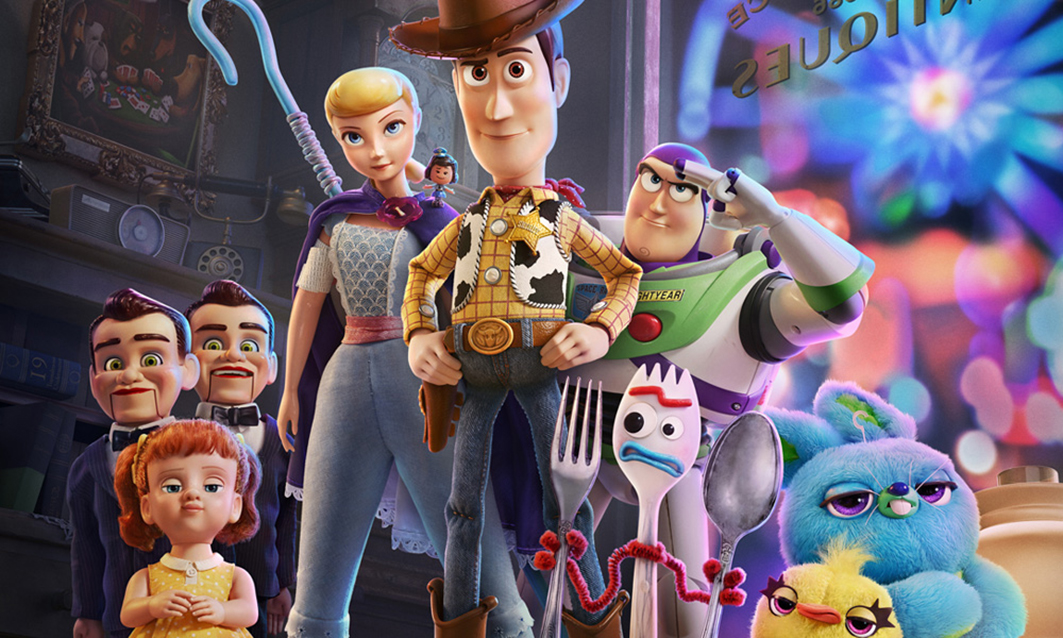 It’s hard to believe that we’ve known Woody and his gang for almost 25 years, and in Toy Story 4 we are reunited with some of our favourite characters. It’s the perfect family film.

It would be completely fair to feel a degree of anxiety about Toy Story 4, since Toy Story 3 seemed to be about as perfect a send-off for these most beloved of characters as we could possibly ask for. The fear was that another sequel would feel tacked-on and undermine the beauty of that ending – but then, it’s never wise to bet against Pixar, with even their more forgettable films better than most other animation studios’ output. And when they’re on form, no-one does this stuff better, and Toy Story 4 happily sees them once again bring their A-game to their crown jewel franchise.

After a prologue that fills in some of the blanks of what happened between the second and third films, we pick up with Woody, Buzz and the gang firmly established as Bonnie’s toys as she’s about to start kindergarten. To their surprise, she’s made a new toy out of a spork, pipe cleaners and googly eyes called

Forky, who she quickly becomes very attached to even as he’s baffled by his own existence and keeps insisting that he’s not a toy. When Bonnie’s family sets out on a road trip, they run into an old friend – Bo Peep, who was conspicuously absent from Toy Story 3.

For all the loveliness of Toy Story 3’s ending, it did still leave a few niggling questions. After Andy outgrew his toys they were afraid of what might happen to them, and while they did find a new child to play with, there was still the knowledge that, sooner or later, Bonnie would outgrow them too. And while the story here is set quite soon after, with Bonnie still a little kid, Toy Story 4 is very much confronting issues that arise naturally from that situation. What happens when she grows tired of certain toys and becomes attached to others in their place?

How do you cope when you’re not as needed as you’re used to being? One imagines that this stuff is going to hit particularly hard for the parents in the audience, not that that would be a first for this series.

For better or worse, Pixar movies in general and Toy Story movies in particular are often judged by how much they make you cry, and while this is perhaps not the weapons-grade tearjerker of watching Andy play with Woody and Buzz one last time before leaving for college, there are a couple of serious body blows towards the end that will surely leave all but the hardest-hearted of viewers misty-eyed. A lot of that is down to the performances by people who’ve been playing these characters for 25 years, and the experience and mileage they bring helps immeasurably. This is first and foremost Tom Hanks’ movie and he is superb – which was entirely predictable, but still worth highlighting because it would be all too easy to take his genuinely wonderful performance as Woody for granted, and that would be a big mistake. 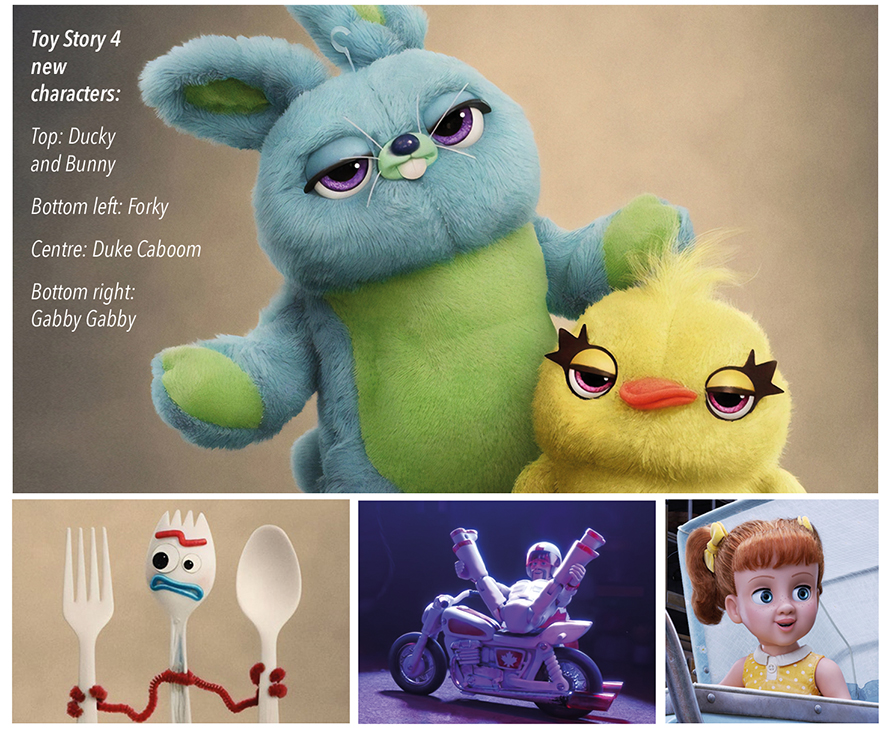 But the new characters shine brightly too, particularly Tony Hale as Forky, whose ongoing existential crises are responsible for many of the film’s best jokes. He fits right in with the rest of the gang, as do Keegan Michael-Key and Jordan Peele as Ducky and Bunny, two fairground prizes who get probably the biggest laugh in the movie (make sure you stay for the credits). Duke Caboom once again reminds us that 2019 truly is the Year of Keanu, but it’s possibly new villain Gabby Gabby, voiced by Christina Hendricks in sweet tones that seem both vaguely sinister and exactly how a doll would talk, who leaves the strongest impression. It initially seems like she’s going to be another variation on the Prospector from Toy Story 2, but she ends up going in a whole other, profoundly satisfying, direction.

You get the impression watching Toy Story 4 that everyone involved agreed that there was no point doing another one without a very good reason and, happily for all of us, this is a wholly worthy sequel to those other classics. Time – and a few more viewings – will be needed before we can really judge how to rank it, but this is no Kingdom of the Crystal Skull. Toy Story as a series has been renowned for its consistent excellence, and Toy Story 4 does nothing to break that trend. It isn’t falling with style – it’s flying.