The Tafarn Y Deri in Llanedi has had a complete change of direction and is now a Tex-Mex Steak House. 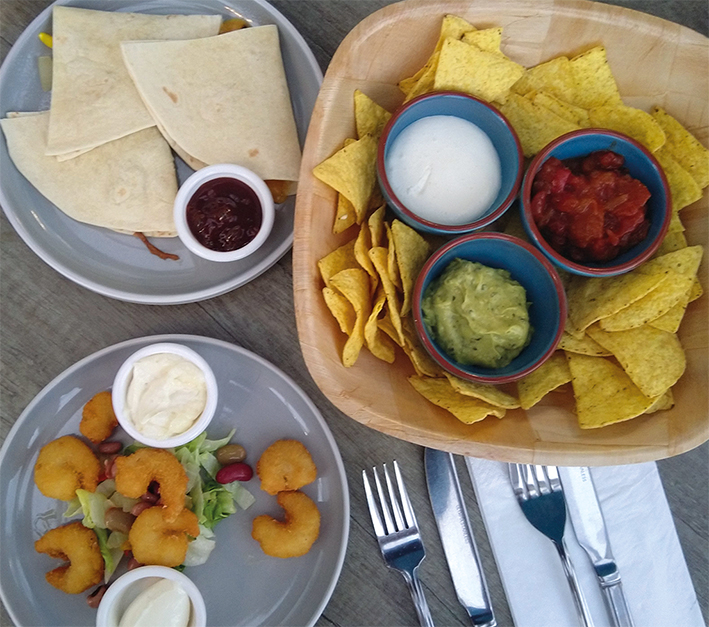 There is much debate around the subject of Tex-Mex food, and how it evolved from the cuisine of Mexican immigrants who lived and worked in Texas. It appears that until about the 1970s it was just referred to as Mexican although other sources claim that the phrase Tex-Mex was first coined in the 1940s.

As far as I can see there are two main differences, firstly there is more cheese and beef in Tex-Mex, whereas Mexican cuisine uses more pork, which makes sense since Texas is famous for its cattle ranches not its pig farms.

The Tafarn Y Deri is located in Llanedi, which is about a 20-minute drive from Swansea. If you have read my ‘Hello and welcome’ page you will know that Sarla our editorial consultant, at the time of going to press, was in Morriston Hospital. So, it was after an evening hospital visit we decided to drop by the Tafarn for a quick bite to eat – I really wasn’t in the mood for cooking.

As soon as we walked through the door, my spirits were lifted by the cheery welcome that we received from a passing waiter. Within seconds we were shown to a table in the bright conservatory, even at 8.30 in the evening it was daylight outside. Our waitress arrived with the menus and another big smile – there must be something in the air in Llanedi that makes everyone cheerful – or maybe it’s the good customer training they receive from co-owner Linda Evans. I’ve noticed the same attention to detail in her other venue The New Gower Hotel – great customer service.

Drinks ordered and delivered we got down to the serious business of making our menu choices. We have a rule – you can’t both order the same dish – and we both have to like the choice. This way we can try more dishes and give a broader review.

Fortunately, when it comes to spicy food, we have the same level of tolerance – medium heat. One of my all-time favourite Tex-Mex ingredients is avocado – it appears on so many menus now as an alternative topping for toast – add a poached egg and I’m in heaven. So, guacamole is essential along with tortilla chips and salsa, it’s the ultimate sharing food. Two other items from the starter menu took my fancy – Tostadas: little tortilla parcels filled with BBQ pulled pork, cheese and rice, and Cajun popcorn: spicy battered prawns with lime and garlic mayo. The pulled pork was tender and juicy while the prawn’s batter had the perfect crunch. 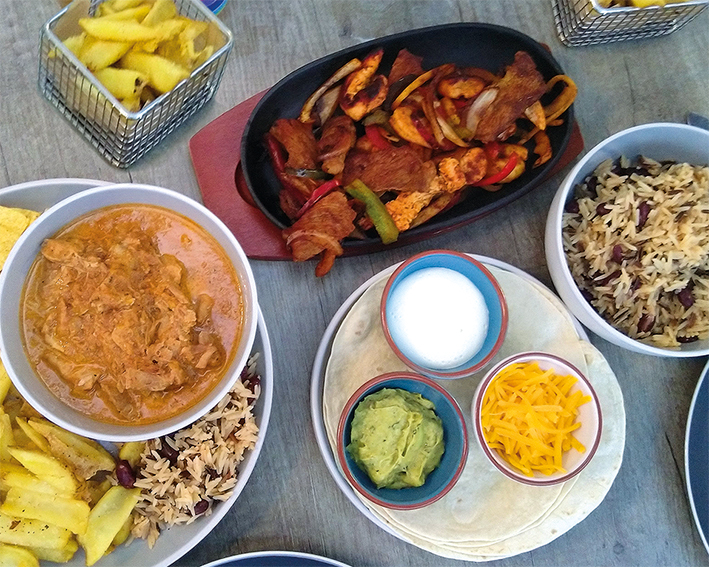 The mains included fajitas, enchiladas, chimichangas, burritos, steaks, ribs and burgers, just as you would expect, but what I didn’t expect was the El Coyote Pork Casserole. This was the outstanding dish for us, slow cooked pork in a spicy creamy sauce with peppers and onions – the depth of flavour indicated that this had been simmering for a long time; you could cut it with a spoon. So, two of my favourite dishes here are pork based, which should indicate that this is more Mexican than Tex-Mex – I did say that there was much debate around this subject.

Regular readers will know that we hold the humble chip in high esteem – well we do when it has been treated properly and is crisp on the outside and soft on the inside. Here the chips were described as ‘rustic’, but in fact what they were was trough shaped. Golden brown and crunchy, they had an indentation along one long side that provided the perfect groove to fill with dip. I couldn’t help but think that Sarla would give her mark of approval.