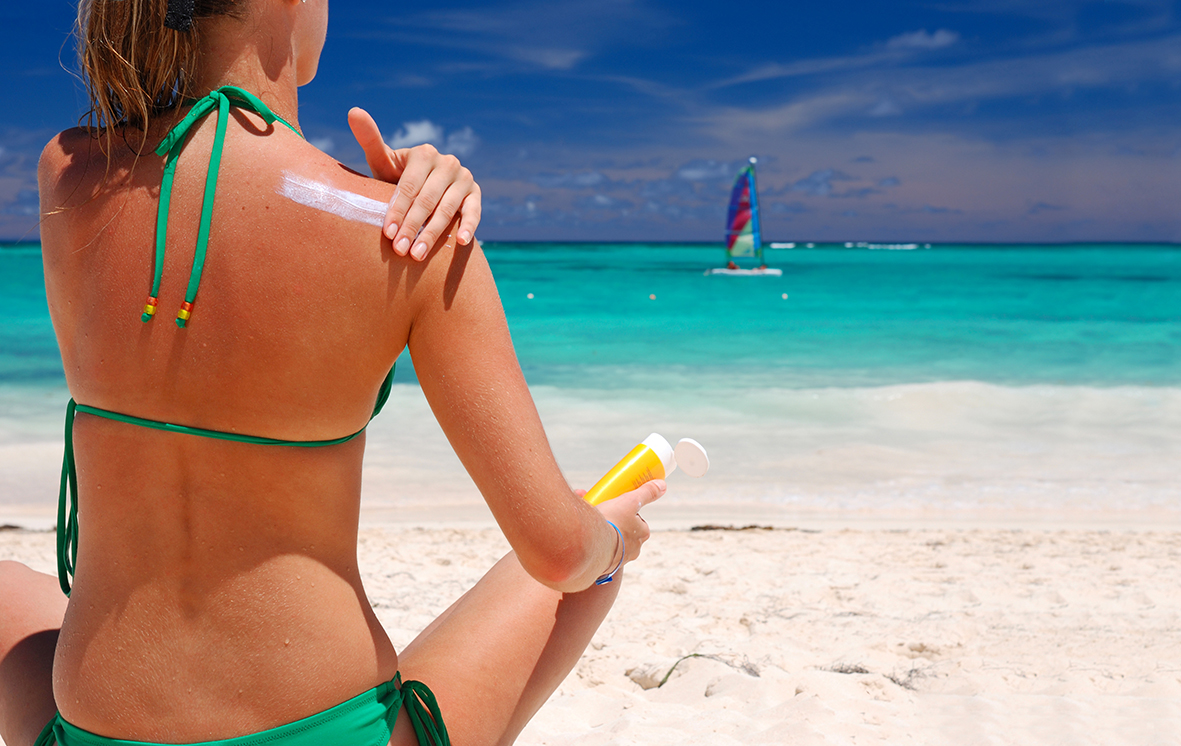 With the summer sun, hopefully, making an appearance we take a look at the most common type of cancer in the UK, skin cancer. Did you know roughly 100,000 cases are diagnosed in the U.K. every year?

What is skin cancer and tumours?

Skin cancer is the most common cancer in the U.K. they can be divided in to categories including;

A malignant tumour is the growth of tissues which are made up from cancer cells which continuously multiply.

Many types of malignant tumours tend to spread (metastasise) to various parts of the body.

Melanoma has a high risk of spreading, however it is rare for a BCC to spread and very uncommon with an SCC.

What is the most common skin cancer in white and fair skinned people?

BCC is the most common skin cancer in this demo-graphic. It is rare for those with darker skin. BCC is generally more common in older people but can affect people of any age. Those over 75 years old are, on average, five times more likely to develop a BCC in comparison with those aged between 50 and 55.

Where does a BCC develop and what does it look like?

A BCC generally develops on skin which is exposed to the sun regularly on the head and shoulders. Although it should be noted that they can develop anywhere on the skin. They are often small red or pink in colour of a lump that has a pearly tint to it and they are often a dome shape, but they can vary in both colour and shape. They generally grow quite slowly and can take months to grow. Over time the lump on the skin may crust, ulcerate or bleed.

If you are concerned that you have a BCC it is important to see your GP. As an untreated BCC on the face may erode and damage the skin.

What is the second most common skin cancer in white and fair skinned people?

SCC are the second most common skin cancer in this demographic. They are rare in dark skinned people. SCC are common in older people and are thirty-five times more likely in those aged over 75 years of age than those aged between 50-55.

Where can you get an SCC and what do they look like?

Any area of the skin can be affected but they are most common on the face. They often start as a small crusted area of the skin which could be scaly with a red or pink base. They sometimes grow a lump which sometimes resembles a wart. They often vary in shape and colour so if you have any concerns it is important that you see your GP. An SCC can grow larger than a BCC and even though it is rare if left untreated can grow in to and completely erode the affected area hence early treatment is essential.

Melanoma is the least common form of skin cancer, but it is the most serious as it is the one which is most likely to spread to other parts of the body. On average there are 9000 new cases of melanoma diagnosed every year. It is the second most common cancer in people aged 15-34 years. It is more common in women than men.

They often present as a small dark patch on the skin resembling a mole. It can develop on any part of skin whether a mole was present or not.

A melanoma is often different to a mole in one of the following ways; asymmetrical, the border could be ragged or blurred, the colour is not uniform and may have varying shades of brown for example, they may vary in diameter and are often bigger than a normal mole that continues to grow, and it continuously evolves whether that be in size, colour or it may start bleeding.

Get to know the site and look of your moles and marks on your own body making it easier to notice any changes to your skin. If you notice any new growths or changes on your skin make sure you make an appointment with your GP. Specifically looking out for the change in size, shape or colour of a mole or any new darker areas of skin.

How can I prevent skin cancer from developing?

Most skin cancers are caused by excessive exposure to the sun. Limiting sun exposure in the summer months is advisable as well as seeking shade between 11am and 3pm. Wearing sun cream with SPF 15, or SPF 30 with kids for children and those with pale skin. For further information on how to protect your skin in the summer, our article from June 2018 found on link www.theswanseabay.co.uk/2018/05/31/12562/ will provide more information.

Stay safe this summer, enjoy the weather and remember if you notice any changes to existing moles or see any new moles darker patches of skin, please book an appointment with your GP.