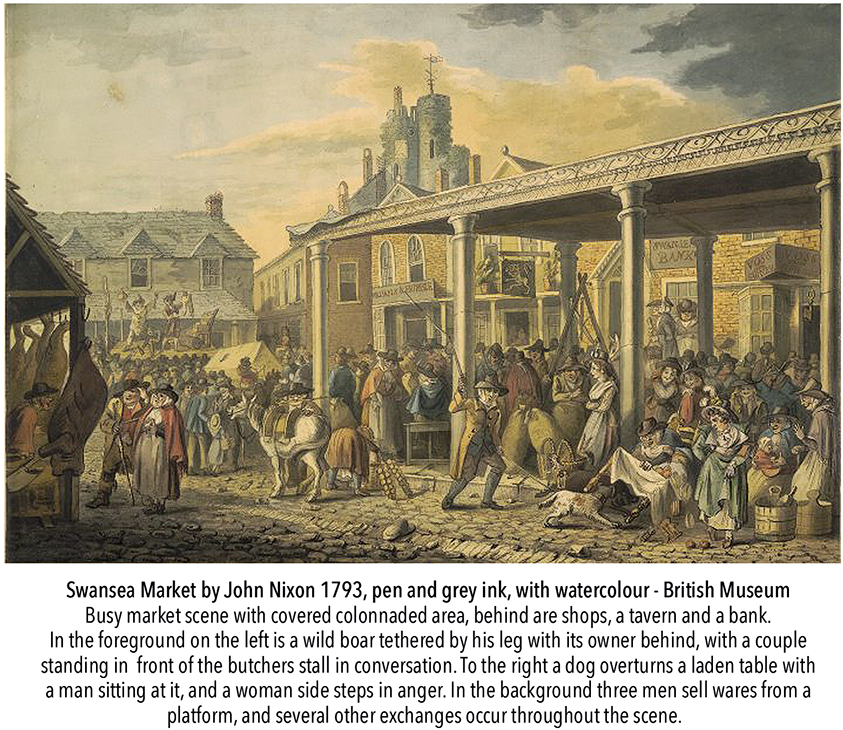 Swansea Market is today the largest indoor market in Wales. Situated on Oxford Street, it has been in this location for almost 200 years. Designed by Joseph Hall and built by John Thomas it was opened on 25th September 1830 by Thomas Thomas of Portreeve.

During the 1650s the market was located in the shadows of Swansea Castle. By 1774 the purpose-built market known as Market House was located at the top end of Wind Street. It was on one level and had a low roof which was sup-ported by pillars, but with no outer walls. With the population of Swansea growing, the land was needed for other purposes, so the market moved to the bigger location at Oxford Street. The original Market House was demolished during the 1870s.

This new market had a wall and three entrances, at Oxford Street, Union Street and Orange Street. Still the market was open to the elements, but this was rectified during the 1890s by local architects J Buckley Wilson and Glendenning Moxham. The new market had an area of two acres and boasted a roof for the first time. In 1897, this roof was the largest structure of glass and wrought iron-works in the UK. 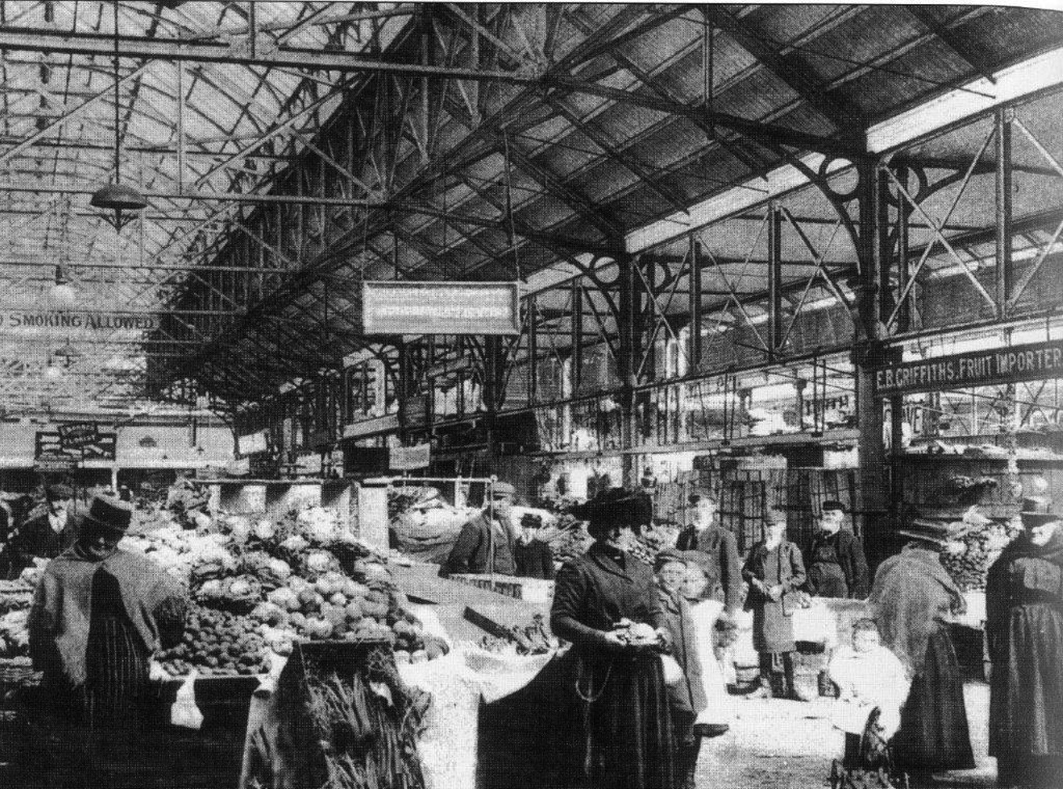 Swansea Market – the place to go for a bargain even in 1906 Copyright: David Roberts Bryngold Books

The market was opened on 22nd June 1897, by the mayor Howell Watkins. In December of that year, electricity was introduced to the market, and it wasn’t until 1900 that the whole market was lit. During the 1920s there were 597 stalls, and much of the market’s produce came from Gower.

Most of the meat provided came from farms in Gower and surrounding areas. Cefn Bryn seems to have been the main route taken by the Gower Drovers to come into Swansea. Not only were cattle driven, but geese, turkeys, pigs and even horses. Some of the livestock had their feet protected with special boots or were tarred. Cattle from Wales were driven as far as Smithfield Market, in London.

Swansea Slaughterhouse and Cattle Market was located at Dyfatty Street and was opened in 1889, the same year that the Board of Agriculture was established. The slaughterhouse remained operational until the 1970s. 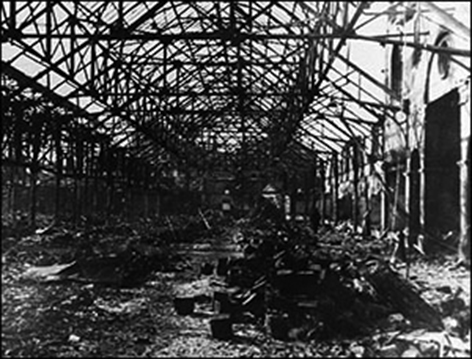 The 1897 market was destroyed during the three night Blitz of 1941. During the remainder of the war and after 1945, the market had a variety of sites, including Whitewalls and between Orange Street and Wassail Square. In 1961, like a phoenix from the ashes, the new market was opened by Mayor Sidney Jenkins. 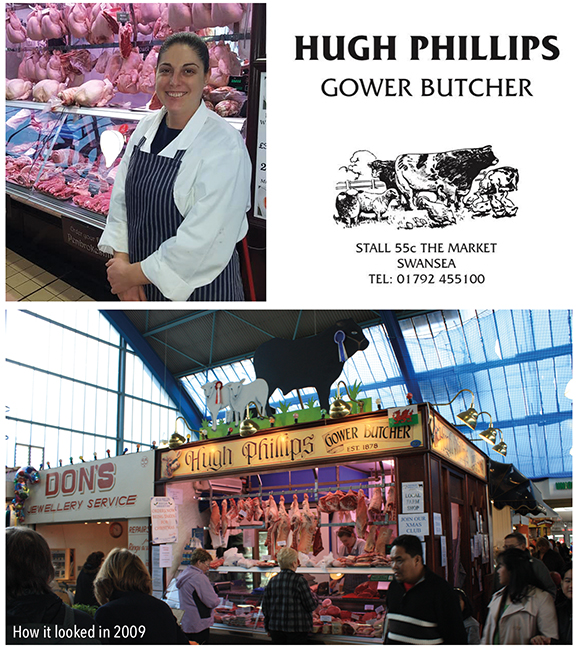 Since the opening of the market there have been numerous butcher stalls. One of those stall holders in 1945 was Phillip Hughes, who established their butchery stall in 1905. It’s his grandson, Hugh Phillips, who is known today in the market. Hugh and his wife Carol ran the business for 40 years, along with a farm and abattoir at Llanmorlais, Gower. They retired in 2016, and it’s their daughter Catherine Butler, who now runs the business – the 5th generation to run the stall. Today they continue the family tradition of producing top quality fully traceable meat. Catherine is one of the few female butchers in the UK today.