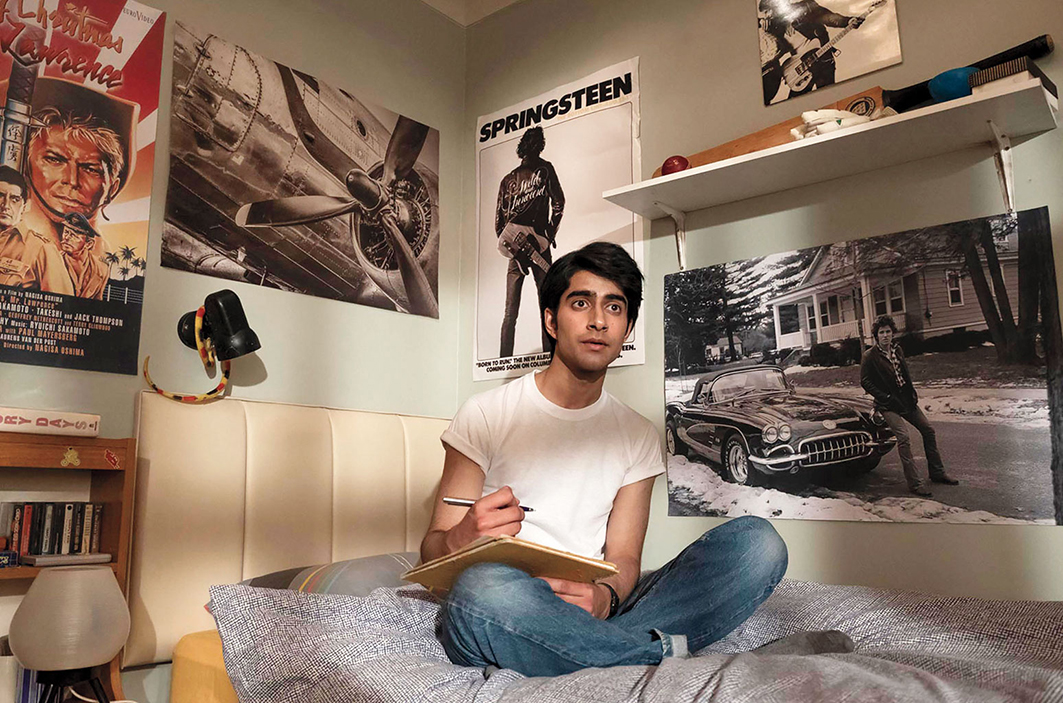 Inspired by the life of journalist Sarfraz Manzoor, Blinded by the Light tells the story of Javed, a young British-Pakistani boy growing up in – and understandably hating life in – Luton, under the thumb of his domineering, traditional father and trying to become a writer against his family’s wishes. After starting to study English literature at college, a new acquaintance introduces him to the music of Bruce Springsteen, and a lifelong obsession is born.

Given the subject matter, it would have been almost impossible for this to have not had a killer soundtrack, and from the very first needle-drop of a classic Boss record – Dancing in the Dark in this case – it’s hard to not be hooked as rapidly as Javed is. Apart from the fact that it’s simply great music, for all the accusations in the film and in the real world of it being Dad Rock, director Gurinder Chadha does such a good job of putting us in Javed’s world that it comes as no surprise that he connects with Springsteen so strongly.

Despite writing very specifically about his own circumstances, a very particular time and place, Springsteen’s music connects with people all over the world, and we’re left under no illusions as to why. Yes, he talks about working-class life in America, but the need to escape a crummy little town, get out onto the road and start living life for yourself is about as universal as desires get, and as is frequently the case, it’s that very specificity that allows it to transcend its own specifics. An unhappy kid from Luton would want something to believe in, and Springsteen’s optimism and belief in the American Dream is every bit as contagious for the viewer as it is for Javed. 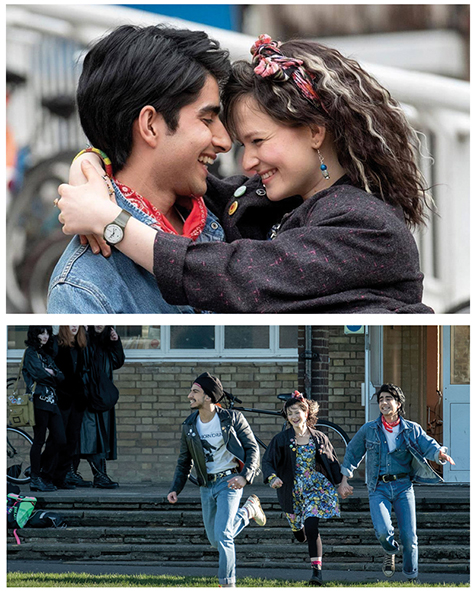 The musical sequences themselves are a joy, wonderfully directed and fully capturing the pure, unfettered happiness of finding an artist who speaks to you, and art that feels like it was made just for you. The stunned expression on Javed’s face when he hears Springsteen for the first time is a thing of genuine beauty – a lonely teenager finally finding the connection he craves, a voice that speaks for him and lets him express the feelings he’s been struggling with. Few recent films have caught the joy of good music as well as this, doubtless due in no small part to Manzoor co-writing the screenplay. We really get a sense of music’s transformative power, how the right song at the right time genuinely can feel like a revelatory, life-changing event, and it’s tough not to get caught up in the whole thing.

There’s not a drop of cynicism in the film, and while it’s possible that some might find its earnestness off-putting, Javed’s utter indifference to being cool and fitting in, and instead just revelling in and doing his best to share this thing he loves so much regardless of whether or not he ends up looking a bit foolish, is refreshing and hugely endearing. Love what you love, the film is saying, and don’t ever be shy about it – life’s too short for that.

If there are flaws, they’re fairly easily ignored in light of how much good stuff there is here. It is perhaps a bit too long, but admittedly it’s a very rare film that wouldn’t benefit from being 10 minutes shorter, and the drama does occasionally risk veering into melodrama. There’s a sequence involving a wedding that sees a few too many things converging and going wrong to really ring true, which is a pity considering how well the grim, grey, miserable reality of being poor in Thatcher’s Britain is evoked elsewhere.

But for all that, and its honest, unflinching – and still depressingly relevant – depiction of life as part of a minority group in an era when the far-right is on the rise, Blinded by the Light never dwells on unhappiness. It’s there, an unavoidable part of life, but there’s real joy here, and that’s where the focus is: on making the best of things and creating happiness for yourself against all the odds. It’s a real crowd-pleaser that’ll tug on the heartstrings and get tear ducts flowing – funny, touching, personal and true.