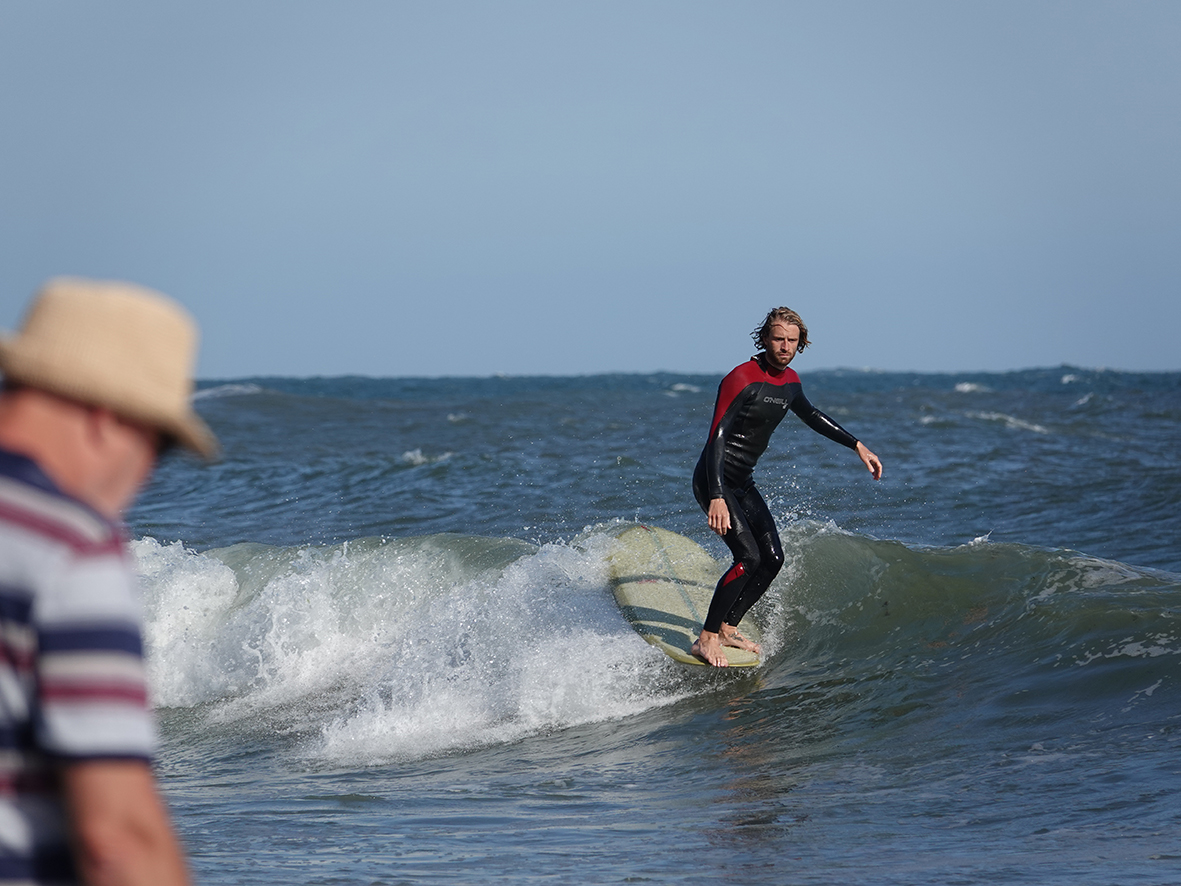 Connor showing a bit of the style and poise that he’s been working on down under. Photo: Guts

With the stunning heat wave that has been baking the UK for quite some time now set to continue, it appeared that the never ending flat spell was also due to carry on for the foreseeable future . 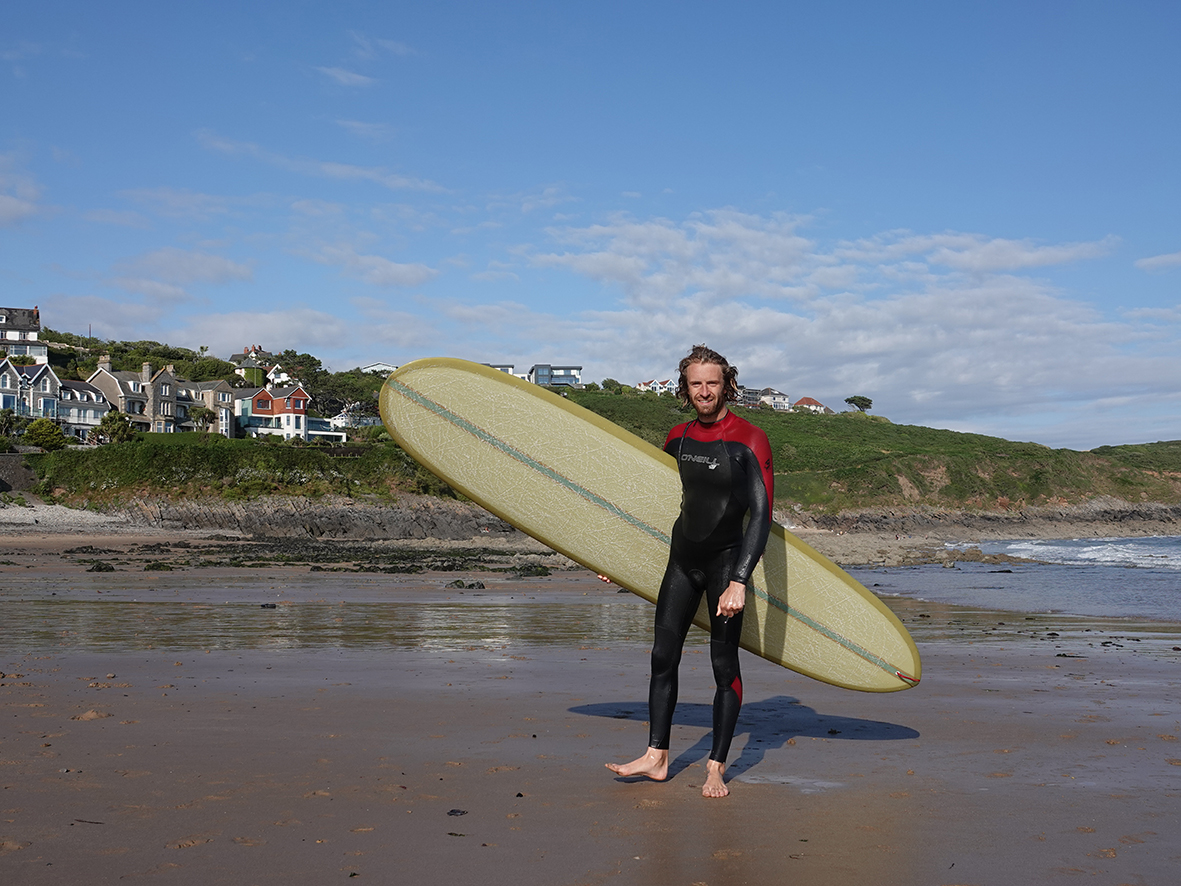 My surfing buddy, back on the sands of Langland Bay after a three and a half year absence. Photo: Guts

But, low and behold, in mid-July, a beautiful summertime low pressure system reared its head on the Atlantic weather chart in just the right position to generate some long distance swell directly towards our surf starved shores. We were literally days away from receiving the best of both worlds – good surf and weather – a rare treat indeed.

I was even more excited by this news than most because on a more personal note, my surfing buddy and No 2 son Connor, had just rung me from Australia to say he was boarding a plane for a quick visit home, his first in over 3 years. 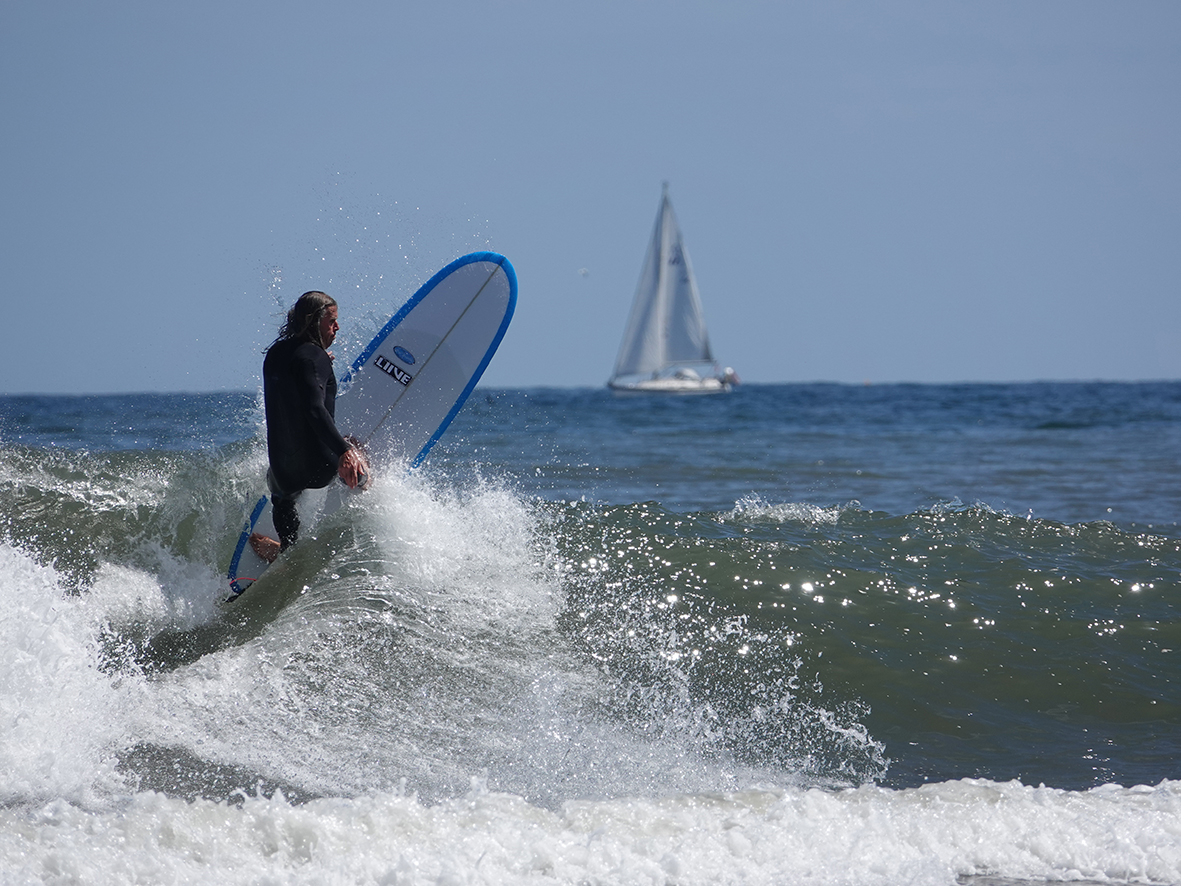 The surf drought endeth. Guts, making the most of some welcome wave action. Photo: Paul Gill 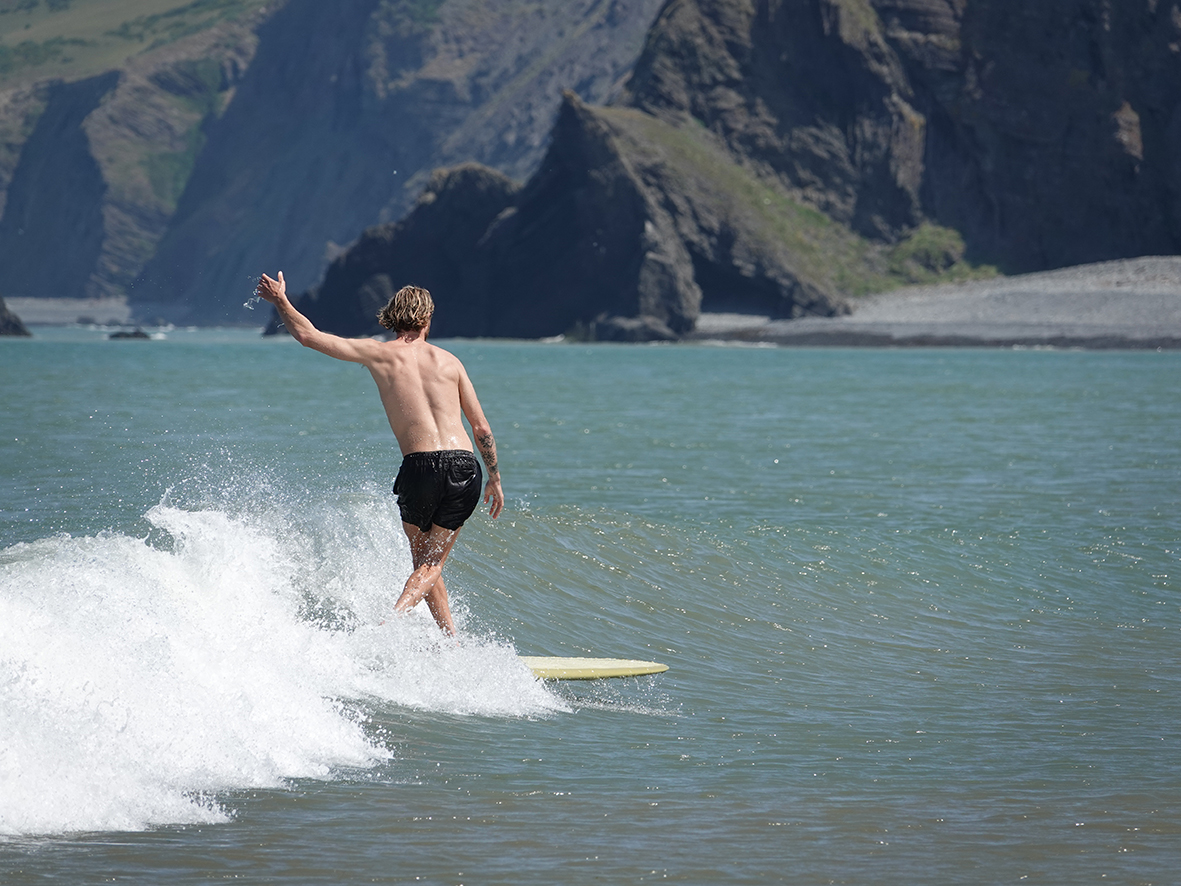 Thought we’d welcome Connor back home to Wales with a heatwave that was so hot it required a boardshort session. A rarity in Wales indeed. Photo: Guts

Regular readers of my column will already know that Connor, had moved down under to Queensland to further a career in surfboard building and to live in the world class surf spots of Noosa that would enable him to surf consistently year-round in board shorts, the total opposite of Wales where we have inconsistent waves and are encased in rubber almost permanently. 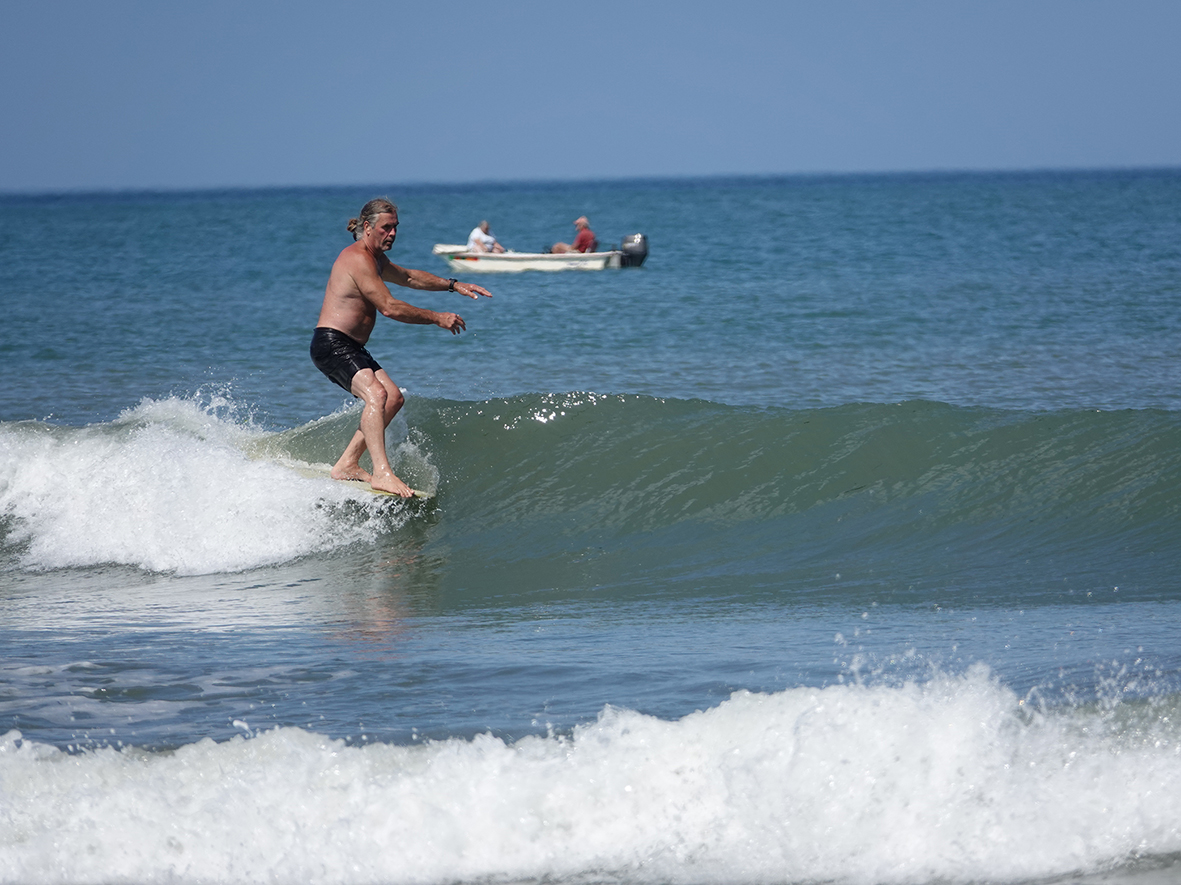 Guts having some fun in the sun. Photo: Paul Gill

Connor arrived about two days ahead of the swell which gave us just enough time to make a board for him to use for his trip home. I hand shaped him a classic longboard and he gave it a colourful posh frock of resin and fibreglass showcasing how far his level of skill has risen since working away.

The board looked amazing and was finished just in the nick of time for him to put it through its paces over the coming days. We shared a few fabulous days of waves and even managed a session in boardshorts on the hottest one.

It was an absolute joy to have my surfing buddy back, even if it was only for a short time. 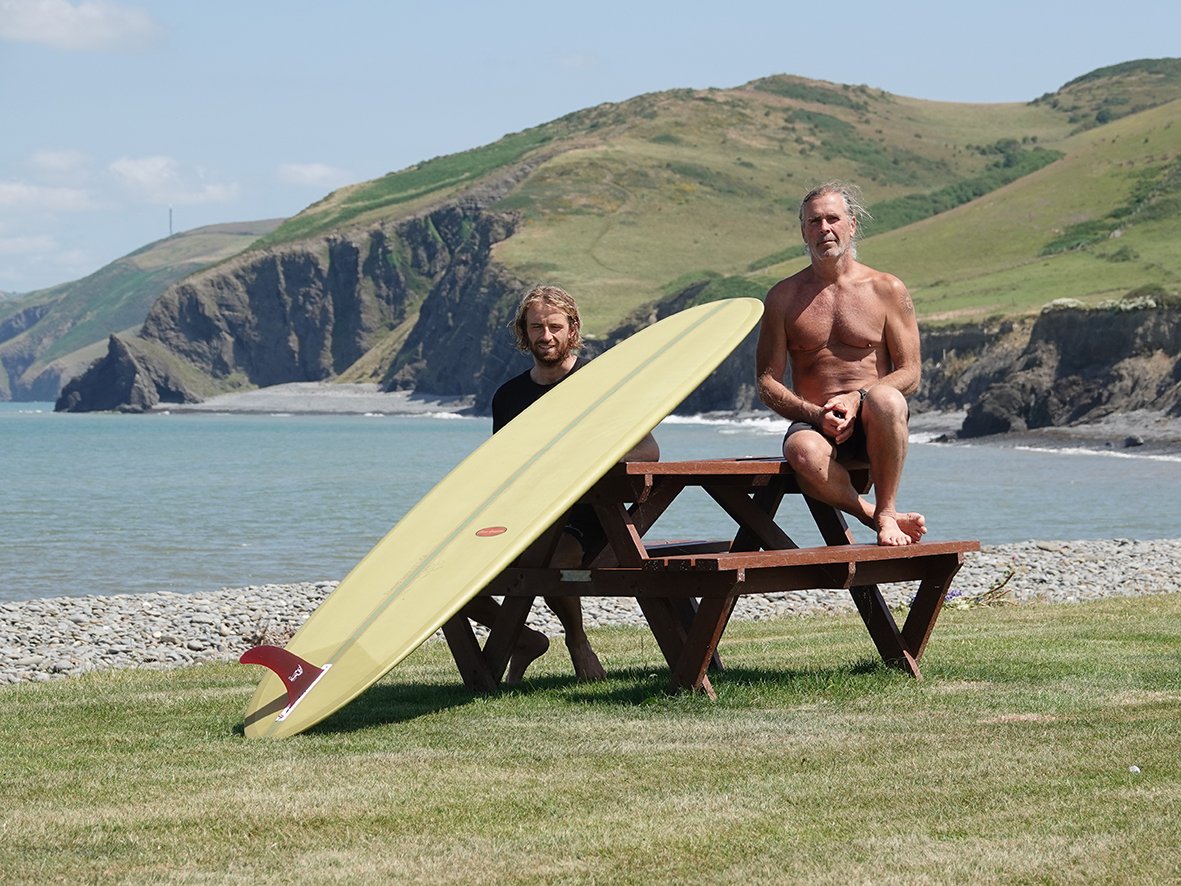