NEW RECORD FOR THE VOLKSWAGEN ID.R IN GOODWOOD 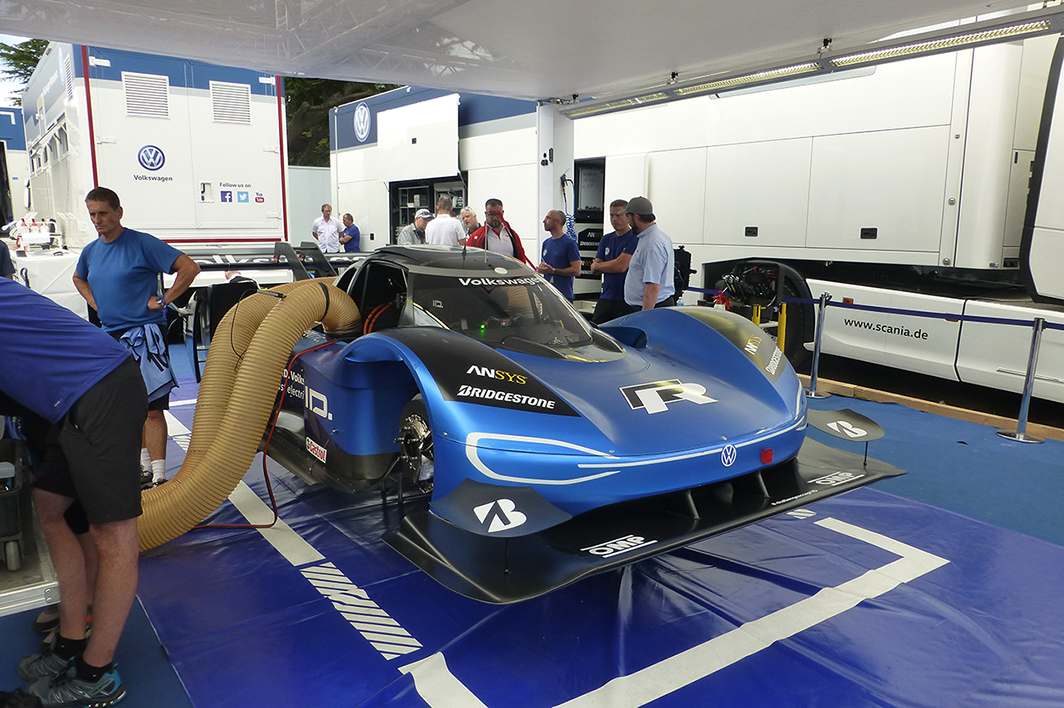 The first electric racing car to beat Formula 1: The Volkswagen ID.R has made motorsport history again by setting a new all-time record at the ‘Goodwood Festival of Speed’. Romain Dumas (pic below) completed the 1.86-kilometre track in the south of England in just 39.90 seconds. In doing so, the 500-kW (680-PS) electric race car broke the previous record, which had stood for 20 years by 1.7 seconds. He also took victory in the Sunday Shootout. The previous record at the famous hillclimb was set in 1999 by Nick Heidfeld in a 770 bhp McLaren- Mercedes MP4/13 with a combustion engine. 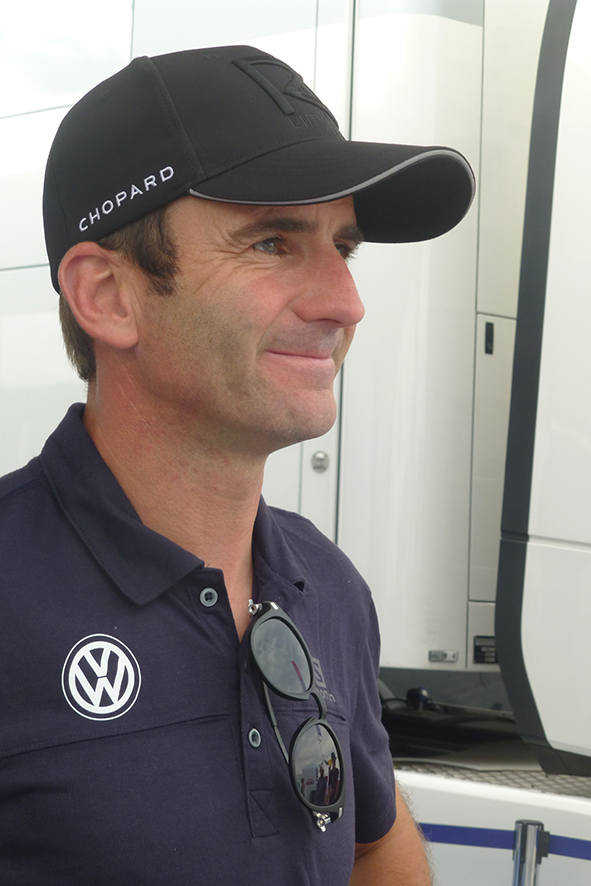 “In setting the new all-time record at the ‘Goodwood Festival of Speed’, the ID.R has once again shown that Volkswagen’s electric powertrain can outperform even the most powerful conventional powertrains,” said Volkswagen Motorsport Director Sven Smeets. “Romain Dumas exploited the full potential of the ID.R on this short but tricky track. After the victory on Pikes Peak and the e-record on the Nürburgring-Nordschleife, he has now achieved another milestone for electromobility. It was a strong performance from our whole team, which only had a very short time, in which to get a lightweight variant of the ID.R up and running for the ‘Festival of Speed’.”

Said Romain Dumas “I am very proud to have set the all-time record in Goodwood with the ID.R. The short hillclimb is a very special challenge. Because the track is so short, I could not afford to make even the slightest mistake, and every aspect of the fine-tuning of the ID.R had to be perfect. That was particularly challenging, as we were not able to test on the route beforehand”.

Pictures of the ID.R and Romain Dumas at Goodwood Festival of Speed 2019 by Rebecca Thomas