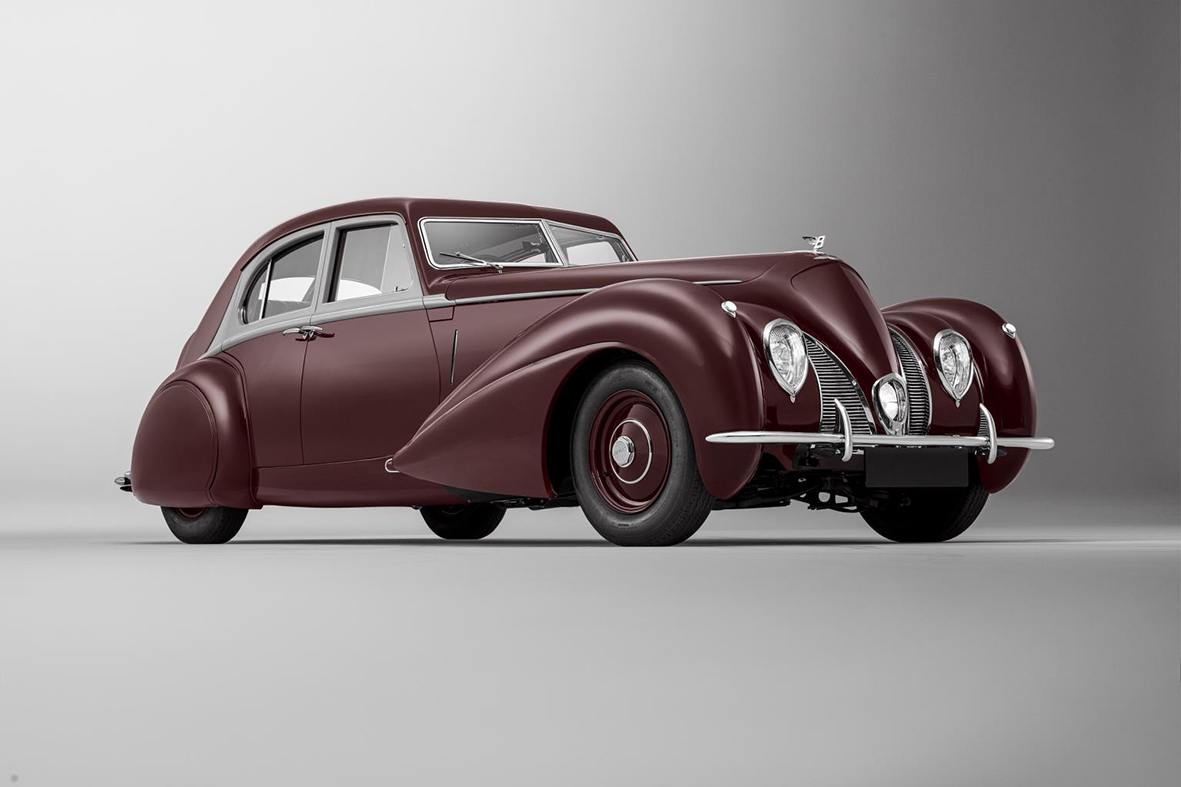 Bentley has re-created a long-lost car from its illustrious past that provides a crucial link in the history of its most important models. The ground-up rebuild of the only 1939 Corniche ever made highlights the marque’s pedigree of design and technological innovation, the breadth of skills within Mulliner’s bespoking division, and connects the fabled Embiricos 4¼ Litre and R Type Continental.

The only car of its type now in existence thanks to the skills of Mulliner, the Corniche was conceived to be a high-performance version of the new MkV saloon, itself a technological advance that was due to be launched in October 1939.

The styling of the Corniche was a radical step forward from the traditional Bentleys of the 1920s and ‘30s, introducing ‘streamlining’ to help deliver greater speed and performance, and heavily influenced post-war models from the R Type Continental right through to the current Continental GT.

The original Corniche was lost in France in 1939 at the outbreak of World War II. It was extensive-ly damaged in a traffic accident whilst under-going road tests in France in August 1939. Sent for repairs, the chassis made it home to the Bentley plant in Derby, but the bodywork was destroyed in a bombing raid on Dieppe later in 1939 and was never seen again.

The project was originally started several years ago by volunteers from the WO Bentley Memorial Foundation and the Sir Henry Royce Memorial Foundation but was brought in-house in February 2018 under the watchful eye of Chairman and Chief Executive Adrian Hallmark, who asked for it to be completed in 2019 to celebrate Bentley’s centenary. The Corniche will make its first public appearance at Salon Privé at Blenheim Palace in September. 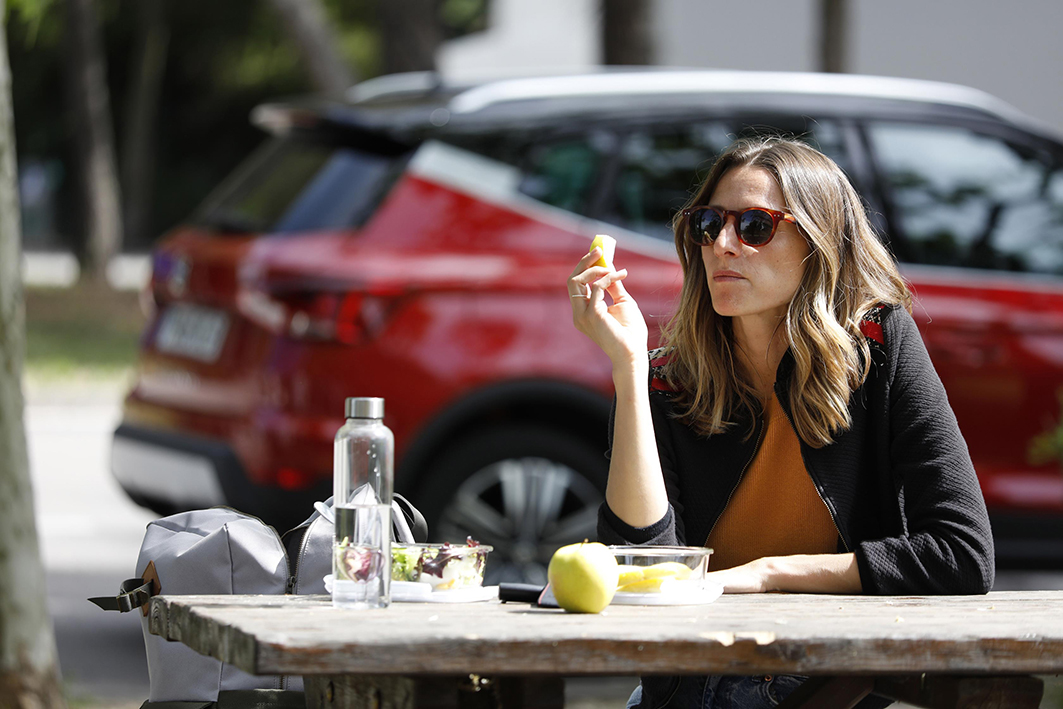 Over half of UK drivers admit to eating fast food on long journeys, according to new research by SEAT.

More than 63% of Brits have caved into a craving for junk food when on the road, with 55.7% stating they’re more likely to eat badly when in the car compared to at home.

Despite there being more healthy options available at many service stations than ever before, someone who stops off for a meal and snacks for their onward journey could face doubling their daily recommended calorie intake compared with dining at home.

An incredible £1.25 billion is spent on food at UK service stations each year, with drivers and passengers having to choose between meal deal sandwiches, cakes and cookies, breakfast pastries, packaged salads or food to takeaway.

Even though three quarters of Brits are put off from purchasing food at motorway services due to cost, they admit they still buy snacks and treats due to convenience. Overall, sweets come out on top as Britain’s favourite snack when driving, with over a third grabbing a bag of confectionary on the road.

However, an increase in calories isn’t the only issue with service station snacks. High sugar and fat content may briefly improve alertness. However, with a sugar crash comes a reduction in concentration levels and lower mood which could make driving dangerous.

Across the country, drivers in the East Midlands are most likely to reach for a bag of sweets at the tills for their journey (41%); the Welsh enjoy a bag of crisps the most (24%) and Londoners usually opt for a chocolate bar (23%). 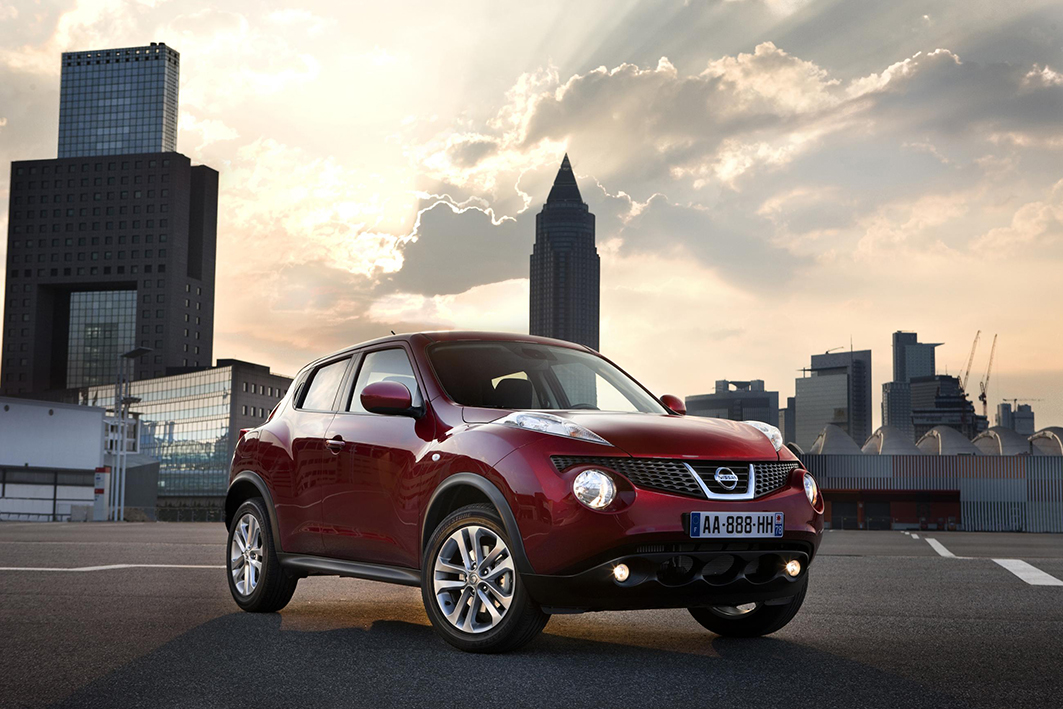 Nissan’s Juke has emerged as the surprise car with the most universal appeal to drivers of all ages. That’s according to a new analysis of favourite models conducted by the online motor retail specialist BuyaCar.co.uk.

The finding reflects analysis of more than 10,000 used car sales over the past two years which sought to identify the most popular cars chosen by drivers at different stages in life.

The ten most popular purchases by younger, middle-aged and older drivers were identified and the Nissan Juke uniquely appears in the top ten cars for every age band of motorists – even more reliably than eternal favourites like the Ford Fiesta, Vauxhall Corsa and Volkswagen Golf.

Other models also demonstrate evergreen appeal, but none make it into the top 10 for every age group of BuyaCar.co.uk customers.

For example, Nissan’s bigger crossover, the Qashqai, is a clear winner with all buyers from the age of 35 upwards and the Fiat 500, Ford Fiesta, Mercedes A-Class and Vauxhall Corsa put in a similar performance.

But the Juke – which was reportedly first planned as a car aimed squarely at a younger market – confounds expectations by appealing equally to the over 65s and all ages in between.