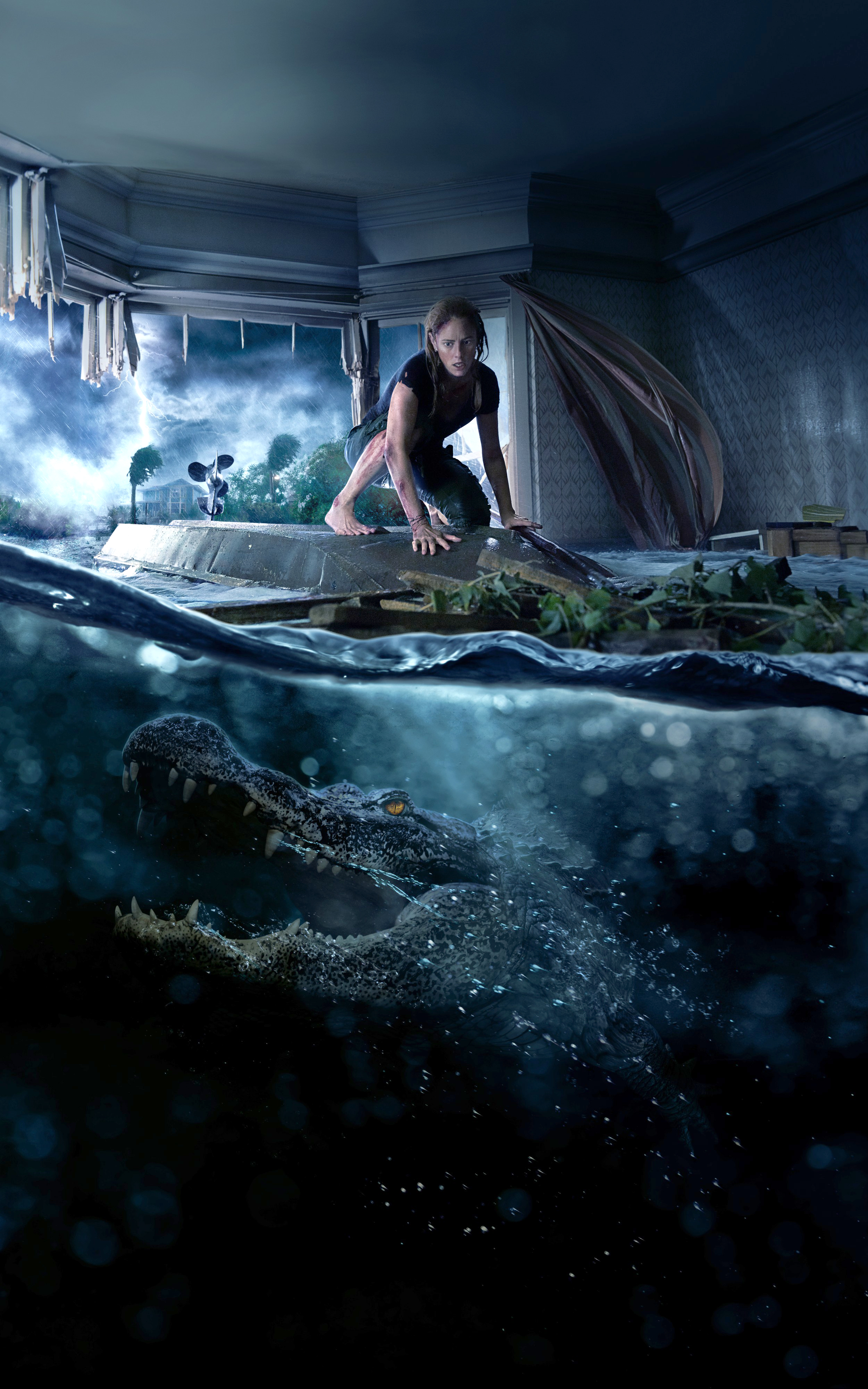 Emlyn’s choice of film for September is not going to appeal to everyone, but if you like a good old-fashioned scary movie then this is for you.

The word ‘awesome’ gets thrown around a lot, to the point where it’s arguably lost most of its meaning. And that needs to be borne in mind here, because Crawl is awesome, and the word needs to carry its full significance in this case. A proper, no-nonsense, admirably nasty creature feature of the kind that we see far too few of getting actual cinema releases, it’s an absolute hoot and one of the summer’s most purely entertaining films.

Kaya Scodelario stars as Haley, a competitive swimmer at the University of Florida. Neither she nor her sister have heard from their dad in a while, and with a massive hurricane bearing down, Haley drives to his home to try and find him. And find him she does, stuck in his house’s crawlspace and with a very large, very hungry alligator blocking the exit. Before long they’re both trapped there, caught between rising floodwaters and giant lizards that want to eat them. 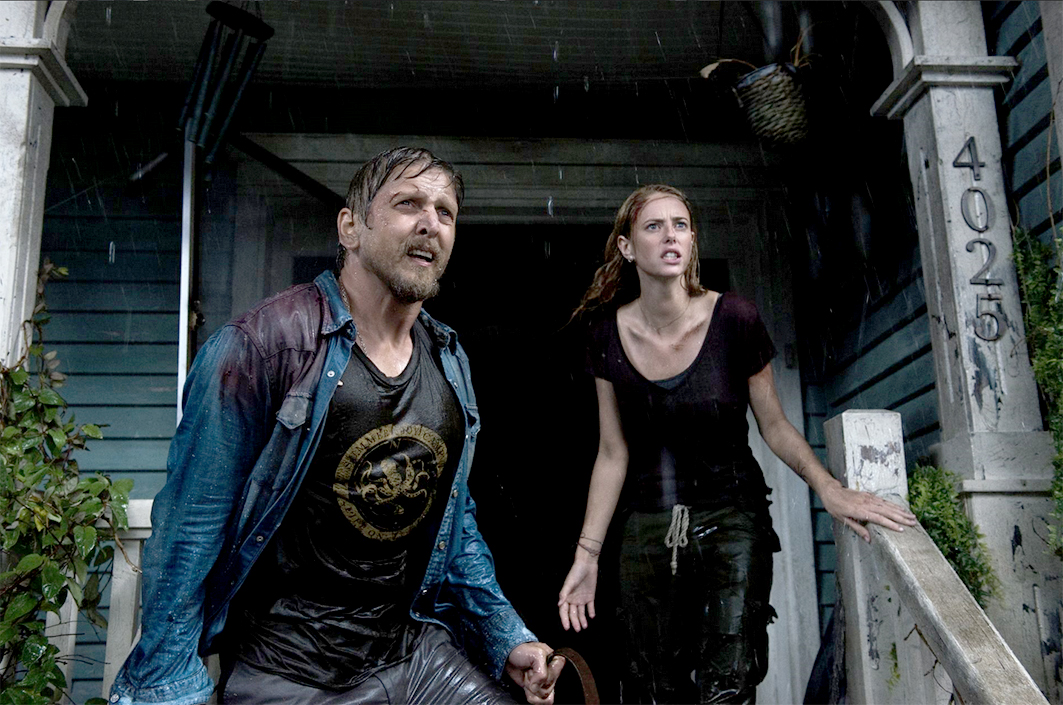 One of the things that makes Crawl so satisfying is its single-mindedness. It has no interest in being – and, thanks to its modest $13.5 million budget, no need to be – all things to all people, so there’s none of the watering down on account of needing to appeal to everyone that you often get with summer movies. There’s no pretentiousness or lofty artistic ideals here, just a rock-solid monster movie that never feels the need to try and be anything more than that. It’s hugely refreshing and gratifying to see something like this being made at all in the current theatrical landscape, but the fact that it’s one of the best times you’ll have in a cinema this summer (provided you’re on its wavelength of course) feels something like a miracle.

It’s basically a locked-room thriller with giant alligators, and chances are you already know if you’re going to like it based on that description alone. A keen sense of the crawlspace’s layout means we never feel cheated by the film not playing fair with its scares, while marvellous sound design, the increasing desperation of Haley and her dad’s plight, and some impressively grim gore effects ratchet the tension up early on and keep it high for the whole running time. And talking of the running time, it’s a mere 87 minutes long, including the end credits. In an environment where seemingly every major release is 130 minutes long when it could and should have been 110, that’s worthy of high praise in itself. 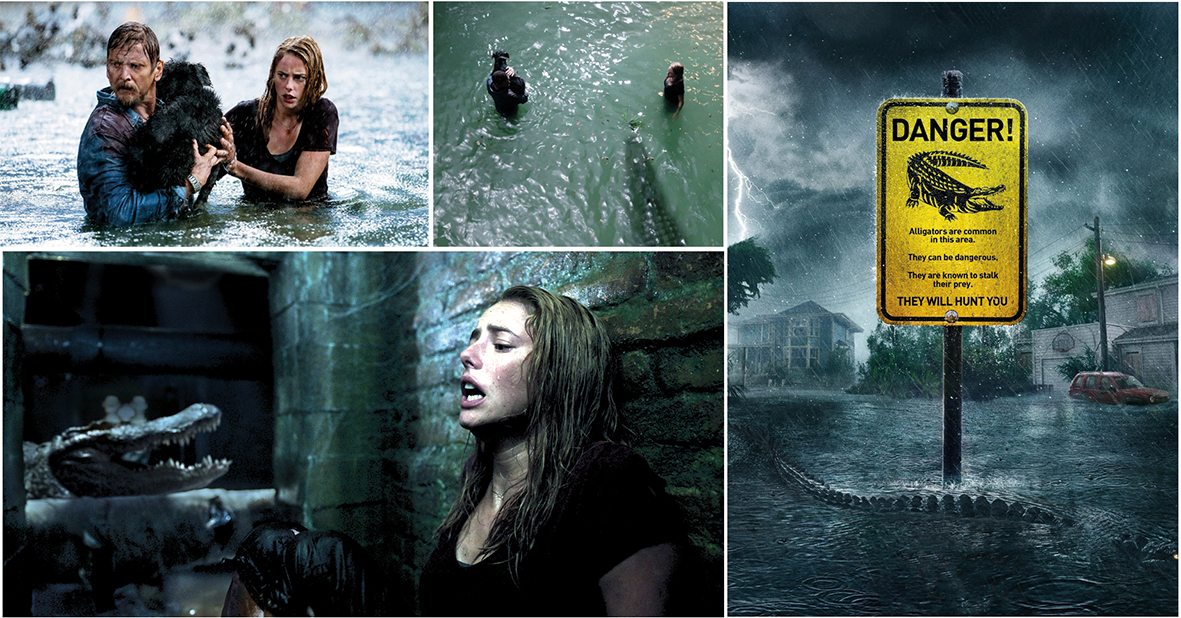 Director Alexandre Aja walks the line of self-awareness pretty much perfectly. The film isn’t camp in the slightest, never winking at the camera to clue us in on the silliness, but Aja clearly knows that people go to this kind of movie to have fun, and while he takes the characters and their situation seriously, it’s never so serious that we can’t laugh along. There’s one moment early on that almost dares the audience to call out “He’s behind you!”, and as things escalate you can practically hear him rubbing his hands together and cackling maliciously as he throws yet another awful setback into the mix.

He’s aided in this by a completely committed cast; it’s largely a two-hander between Haley and her dad (Barry Pepper), and they spend the vast majority of the film in cramped, claustrophobic spaces that are gradually filling with water. It must have been an exhausting shoot, and that feeds into the performances, Scodelario’s in particular, whose desperation and determination feel totally earned and believable. There’s some decision-making that borders on the suicidal, but it never feels implausible because we believe that this young, headstrong person would make decisions like these. Plus, movies like this would be extremely dull if the characters behaved logically all the time.

As what has largely been a bit of an uninspiring summer at the movies draws to a close, let’s take a moment to be thankful for films like Crawl, which want nothing more than to thrill us and scare us and send us home with a big, stupid grin on our faces. It’s like an alligator itself, appropriately enough: it’s specifically designed to do exactly one thing, and it does it very, very well.