This month Dan Rouse tells us all about the birds that we can see around the shorelines and estuaries. If you’ve never been to the Wetlands Centre in Llanelli, I urge you to go along. It is a fabulous place to see so many species of bird – even flamingos! 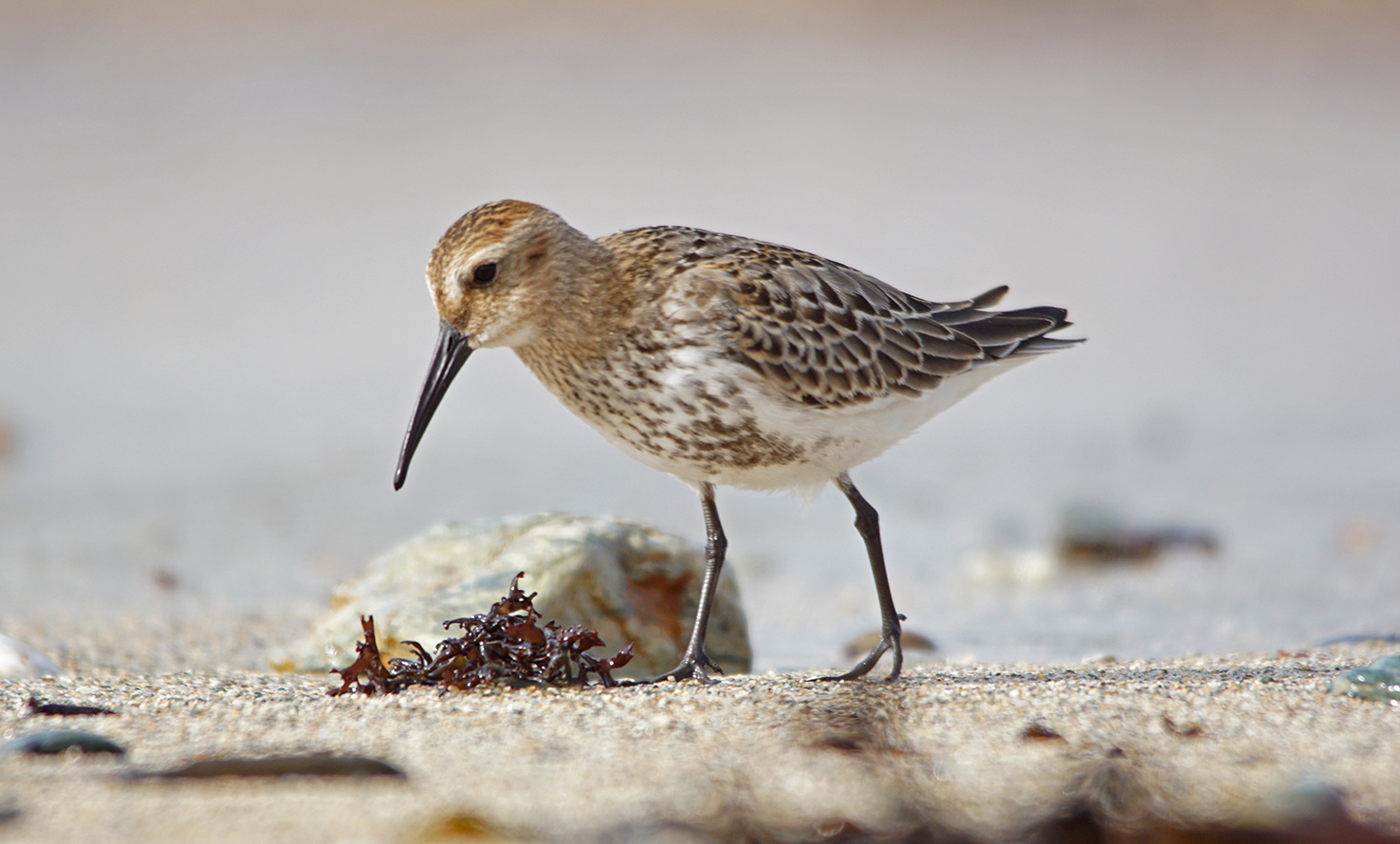 Autumn has now begun in the bird world and winter is fast approaching, so many species of waders have now come home to spend the colder months in flocks on our coastlines and reserves. There are several genus of waders and a lot of species; they’re very social birds and often spend a lot of their time in flocks with their own species and others spend their roosting time in mixed flocks – which provides a huge amount of fun trying to identify each character!

These birds are struggling for survival, with a number of them ending up on the amber and red lists due to lack of breeding, and low success rate in fledging. Also licenses to shoot them are still being issued across Europe, and some choosing to shoot them in the UK.

To coin a phrase from a popular song, who is ‘coming home’?

The cheeky chaps of the wader world in my opinion! These tiny little birds are the smallest wader we commonly have in Britain in large flocks. They usually spend their time around our coastlines, opting to roost and feed on shorelines and tidal pools. They are quite easy to identify by their frantic prodding of the water with their short bills looking for crustaceans near the surface, in winter months their plumage goes a sandy/light grey colour with a pale eye-stripe and black tail and wing feathers. 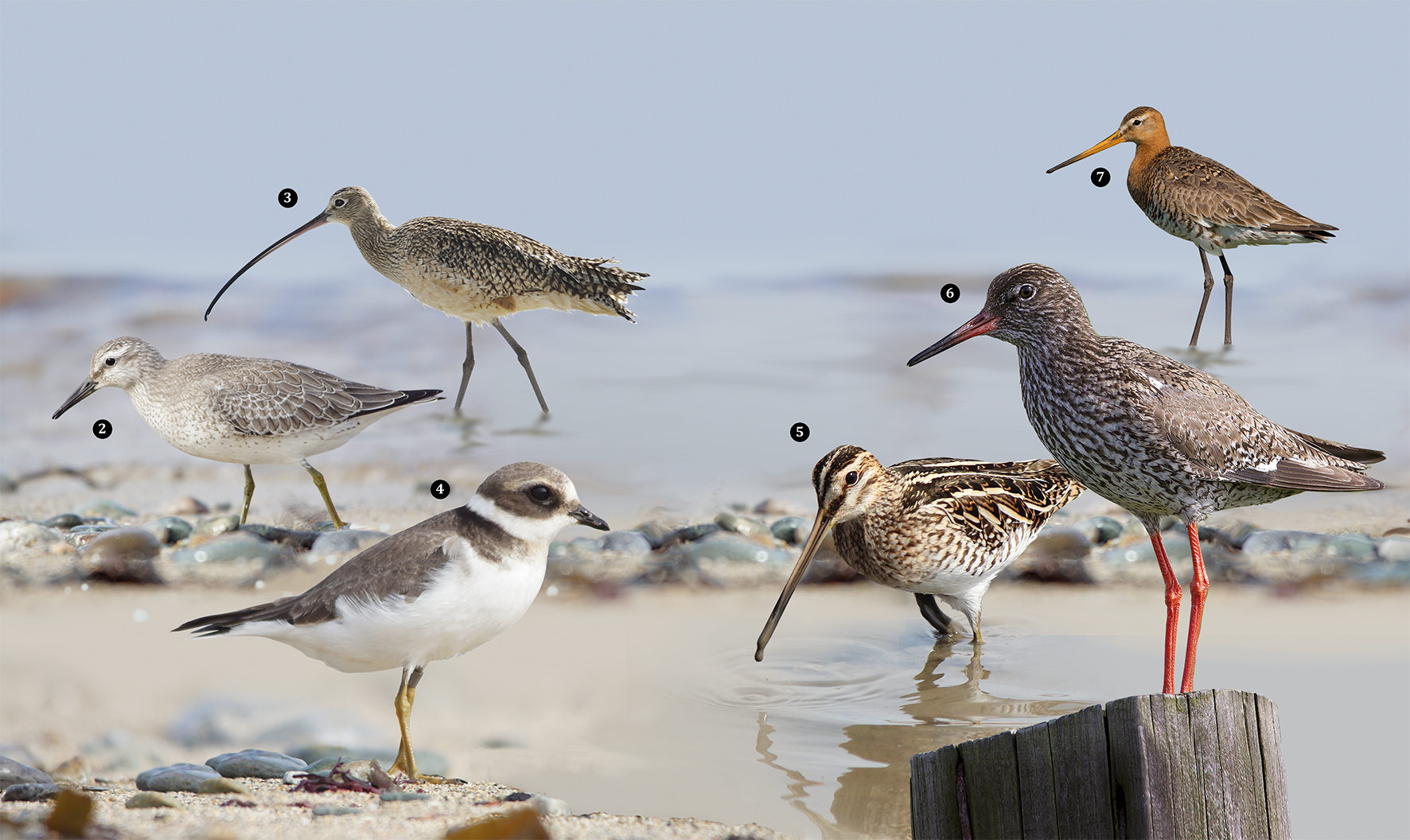 Another grey winter species! These are very much larger than dunlin with even shorter bills. In their winter plumage they don’t look as crisp as dunlin with their defined grey and white bellies, but instead have a mottled colour that merges into one another. Knot are very much coastal birds and spend the majority of their time feeding on the shoreline or mud banks.

The curlew’s call is the iconic noise of any early morning – the “choooo,choo, choo, choooo” from marshes and fields around the coast. The confusion species for curlew is the whimbrel which has started its journey back to Africa and we are then left with the curvy billed curlew. As they have longer bills, they take more time to feed and often walk slowly dipping their bills into the mud and sand looking for lugworms and deeper species.

This is my favourite British wader and the absolute sweetheart of British birds. They are very easy to identify especially during the winter as the species that they are often confused with, the little ringed plover will have migrated and so we are just left with the ringed plover. They have a brilliant feeding style where they run, stand absolutely still, pick up some food, look up, then run in a different direction – fantastic! We’re likely to still see juveniles with their black bills and black legs which will then turn orange with age.

This is a species that is not fairing too well across Europe, and one that is suffering from being shot the most. Snipe are a little different from other species as they spend the majority of their time hidden in the rocks or marshlands, only being seen when spooked. They have a straight rod-like bill that is used as part of their breeding display but also for prodding among the marsh mud. Confusion species for common snipe can be the Jack snipe which look very similar although Jack snipe have a triangular point on their back with a white trailing end to their wings – very hard to spook and not often seen at all!

Probably one of the easiest birds to pick out in a flock due to their bright red legs! Their body is a dark grey colour during the winter period with their bright red bills and red legs. They are often found in small flocks together or at least near to one another, some-times associating themselves with the green-shank which is a similar species but with green legs and an off green bill instead.

The black-tailed godwit is one of the bigger waders we see and one that is often in large flocks. Their winter plumage is usually a brown colour, and they use their pink and black bills to slowly prod the mud along marshes and lagoons. Their confusion species could be the bar-tailed godwit although they can be identified by a few things, mainly that the bill on the bar-tailed is slightly upcurved and have a barred tail whereas the black-tailed have a solid black tail.