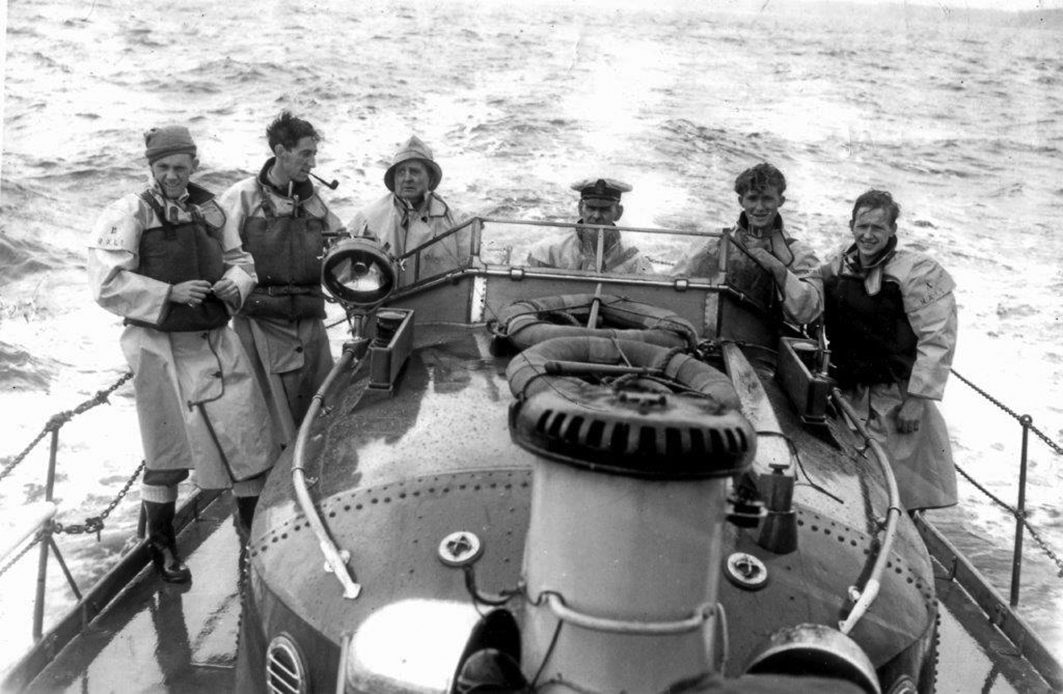 SWANSEA – SALUTE TO A CITY

As Swansea’s celebrations of 50 years as a city continue the latest compilation of pictures from David Roberts brings a real nostalgic flavour to the party. Swansea – Salute to a city, is now widely on sale and carries a compendium of interesting images reflecting just how the city has changed since achieving its much sought-after elevation back in July 1969.

The picture here features some of the brave souls who regularly put their lives in peril to save those in distress around our coastline. The vessel they are aboard is the Mumbles lifeboat, William Gammon, seen during an exercise during the early 1970s.

The vessel served the Mumbles RNLI station from 1947 until 1974. This picture is one of more than 300 nostalgic images in the book, the latest by David Roberts. It captures many fantastic glimpses of Swansea in the past as well as offering candid shots of the social side of all our lives in the last half century. For details on how to obtain a copy visit www.bryngoldbooks.com or phone 01639 643961.

Wednesday morning from 11.45 to 12.45 yoga class will be held at the Ostreme Centre in Mumbles.

The lucky winner of our It’s Science a month of blow-dries was Janet Davies of Bishopston who will enjoy being pampered twice a week for the next four weeks. Thank you to all that entered.

A new family book from Swansea author Chris Dignam is set to raise awareness of greyhounds as pets and boost funds for a Welsh animal rescue charity.

Chris’ (pictured below with Penny) new book, Found a Penny – The Memoirs of a Crafty Dog – is described as ‘a journey from abandoned ex-racer to media star’. It’s the true story of Penny, an ex-racing greyhound, and how she came to be known as Penny the Crafty Dog. The book tells Penny’s story through her own eyes; what she makes of her life and the unusual people and situations she encounters along the way. Chris’ stories are inspired by his experiences as a greyhound owner, now to Penny and previously to Sammy and Sally, the subjects of a humorous and touching biography A Hound in the House.

One pound from every sale of the new release bought direct from Chris or through the Crafty Dog Cymru webshop  www.crafty-dog-cymru.co.uk/shop/ will be donated to Greyhound Rescue Wales, which re-homes former racing greyhounds and lurchers, as well as funding veterinary care for many dogs injured on the track each year.

Swansea resident Carol-Jane Jennings is running the London Marathon next year in aid of Maggie’s and is hoping to get local people involved in fundraising. Orange-Aid Live will be a night of music from Little Villains mixed in with some light-hearted fundrais-ing at Cafe Play in Newton Road, Mumbles on

25 October 19:30 and marks the start of Mumbles Orange Aid. Tickets are still available to buy on the door. The following day 26 October traders in Mumbles have agreed to go orange for the day to show their support.

For information on how you can support Carol-Jane and her marathon run go to her Just Giving page at Carol-JaneJennings1, or email carol-janejennings@hotmail.co.uk or call 07968229092

SAVE THE CHILDREN IN WALES

Save The Children will be holding a literary lunch to commemorate its 100th anniversary. It will be held on 12.00 on Saturday 9 November at the Great Hall on Swansea University’s Bay Campus. 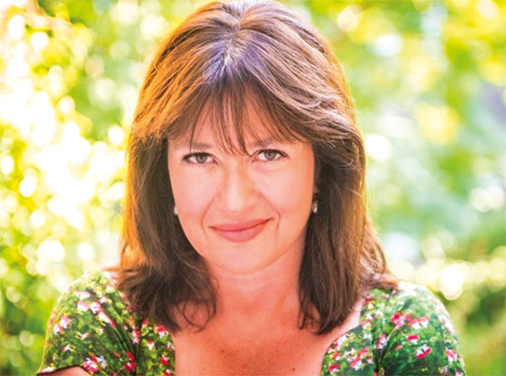 This event is to celebrate Save the Children’s achievements which started in Wales with the distribution of milk to children in mining communities back in the 1930s. Other achievements in the region include the introduction of free school meals and nursery education.

The guest speaker will be Daisy Goodwin, (pictured right) author and television producer who in 2014 was commissioned to write her first screen play, the eight-part series of the Life of Queen Victoria for ITV. Daisy has written two novels My Last Duchess and The Fortune Hunter.

This year, the St Peter’s Church Newton Christmas Fair is being held in Newton Village Hall (next door to the Church), from 10.00 to noon on Saturday 16 November.

In the main Hall, a variety of stalls will be set up selling Christmas stocking fillers, Christmas produce, toys, home-made jams and marmalade and other goodies. The very popular bric-a-brac table will have something for everyone. Warm mince pies, tea and coffee will be served in the Langland and Caswell. rooms.

On Friday 8th November at the Uniting Church, Dillwyn Road, Sketty, there will be a Go Orange Quiz in aid of Muscular Dystrophy.

Tickets are £5 and include light refreshments, a raffle and cake stall. Tickets available, phone 01792 202085.

Friends of De la Beche Park will be holding a Service of Remembrance on Friday 18 October at 11.00 in De la Beche Park, to pay homage to the lost servicemen from Sketty and the surrounding area in the two World Wars and other conflicts before and since. All are welcome to attend. 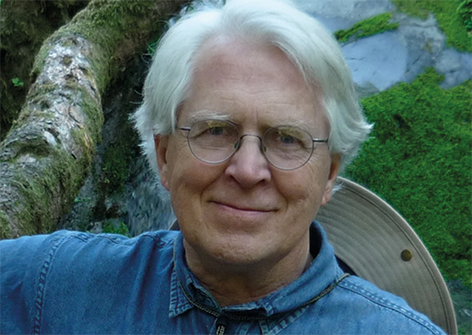 AN EVENING OF POETRY

An evening with the Seventh Quarry Swansea Poetry Magazine and The Seventh Quarry Press will be held on Wednesday 16 October at 19.00 to 21.00 at the Waterfront Museum, Ocean Room. Special guest will be American poet Jim Gronvold (pictured right). Free Entry.

There will be a charity night in memory of Lucie Summerfield at 19.00 on 18 October 2019 at the King Arthur Hotel, Reynoldston. Tickets are £29.50 and include a three-course dinner, auction and live music by The Somethings. All profits go to Breast Cancer Research. Tickets are available from 01792 390775.

Have you lost or found a pet dog or cat? Here’s who can help you…

The council wardens are legally responsible for picking up and impounding stray dogs for 6 or 7 days. They maintain a register of lost and found dogs. Unclaimed dogs can be adopted during the 6 or 7 days they are at the dog pound. Council telephone switchboards are always busy so hold on through automatic options and staff will eventually answer.

Make sure your pets are MICROCHIPPED (at your local vet surgery) and your details are kept up to date. For dogs a collar tagged with the owner’s name and telephone number. Hundreds of pets go missing every day in the UK. Don’t let your pet be one of them.

To avoid family pets being stolen never leave the dog tied up outside a shop or leave him alone in the car. Vary times and routes when out dog walking. Check references of people who provide dog sitting or walking services. Secure the garden and keep the dog in view and supervised at all times.

Calling all dog lovers! A film festival featuring a cinematic celebration of dogs and their people is touring the UK for the first time ever this autumn.

The Top Dog Film Festival is a collection of canine-inspired short films, all celebrating the unbreakable bond between dogs and humans. From the scruffiest street dogs to the most pampered pooches, and all of our four-legged friends in between, these stories are moving, uplifting and inspiring.

“Whether you’re a dog owner or just like dogs, these films are guaranteed to make you laugh, cry and fall in love with man’s best friend all over again.”

Featuring a carefully curated collection of stories from independent film-makers all around the world, the Top Dog Film Festival originated in Australia; It had its UK premiere in Edinburgh in May and is continuing with dates around the country in autumn.

You’d be barking mad to miss it! 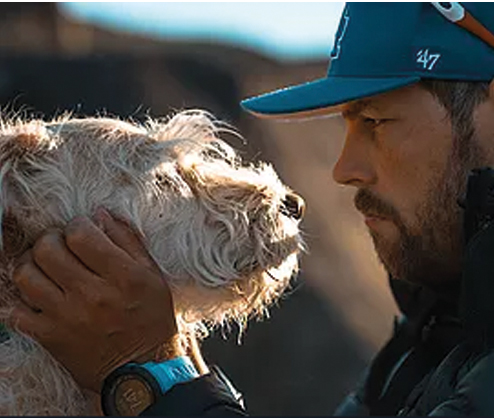 On day fourof a gruelling adventure race in Ecuador, Team Peak Performance from Sweden were closing in on the race’s leaders, when a surprise addition to the team changed their course. The athletes were approach-ed by a then unnamed stray dog, severely injured with a large wound on its back. This chance en-counter led to a 10,000km journey for one dog to join a team and find a home. 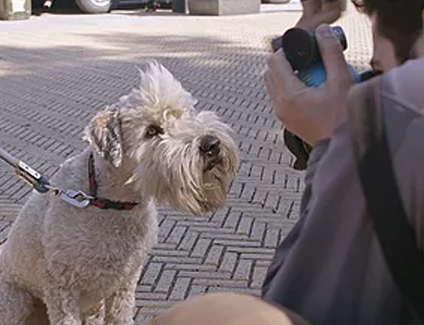 After unexpectedly losing his corporate job, Elias Weiss Friedman, aka @thedogist, set out into the streets of New York City with a camera and a squeaky tennis ball. Since then he’s photographed and captured the personalities of 30,000 dogs all around the world, racking up an impressive 3.2 million follow-ers on Instagram along the way. He can also imitate three different barking noises with frightening accuracy… but luckily for him,

New York is a place where you can walk down the street woofing and no-one pays you any attention.

For more information and to book tickets, see www.topdogfilmfestival.co.uk.

The Flyer People, leaflet distribution company is looking for delivery people in the SA2 and SA3 areas. You will need to be over 18, have your own transport and like to walk!