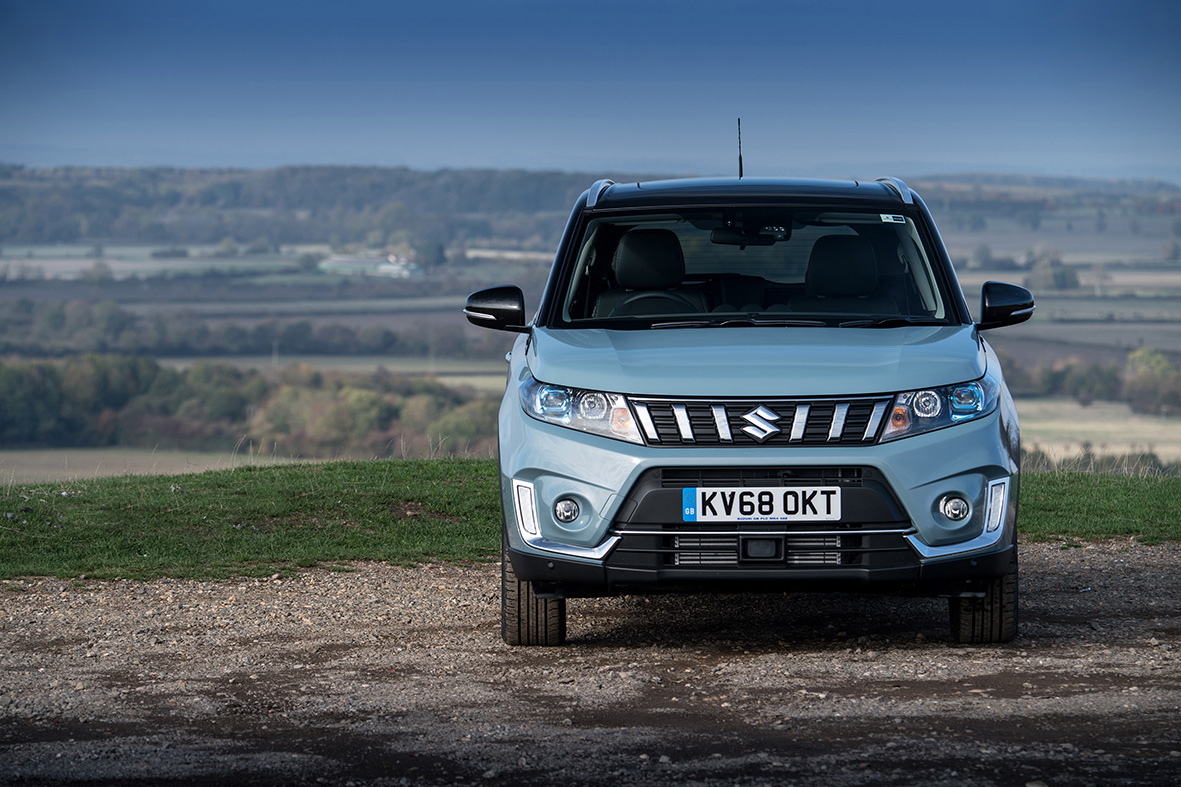 It’s almost hard to believe that Suzuki’s Vitara is now celebrating its 30th year in production. It’s been through some changes of course, you can’t buy a soft-top one anymore, the V6 Grand Vitara is all but a distant memory, so too is the three-door. Bluetooth and Climate control are now standard-fit across all Vitara’s these days; 30 years ago, we didn’t even know what they were. It’s time perhaps to get reacquainted.

Having driven the latest incarnation of Suzuki’s perennial SUV not long after it was launched just over 3 years ago I concluded that the majority of its interior plastics were definitely a tad on the hard and scratchy side (I wasn’t the only one…). But, I conceded, “Based purely upon how they are used (and abused) out here in my neck of the far unlit woods, Vitara’s seem to be purchased usually by people for whom an element of both seat and dashboard wipe-ability is probably considered a bonus”.

“Many a Suzuki SUV in these parts is seen with a dog, or in more extreme cases, another four-legged friend in the back, or indeed the front. And anyway, judging by the age of some of them – the Vitara’s, not the animals or their owners, I hasten to add – it only serves to show that Suzuki’s interiors are built to far outlast the memory of anything that was ever written by me”.

Most of that still rings true. Many a ruddy-faced type out here in The Marches thinks nothing of bundling livestock into the back of the family car. Nevertheless, for those that have more to life than just the weekly trip to market, Suzuki has made some very visible and welcome interior changes. In fact, say its makers “The Vitara is now the most technically advanced Suzuki to date”.

And on first impressions, it would appear that once again Suzuki have got the balance of comfort and durability in their now recently refreshed Vitara very much right. 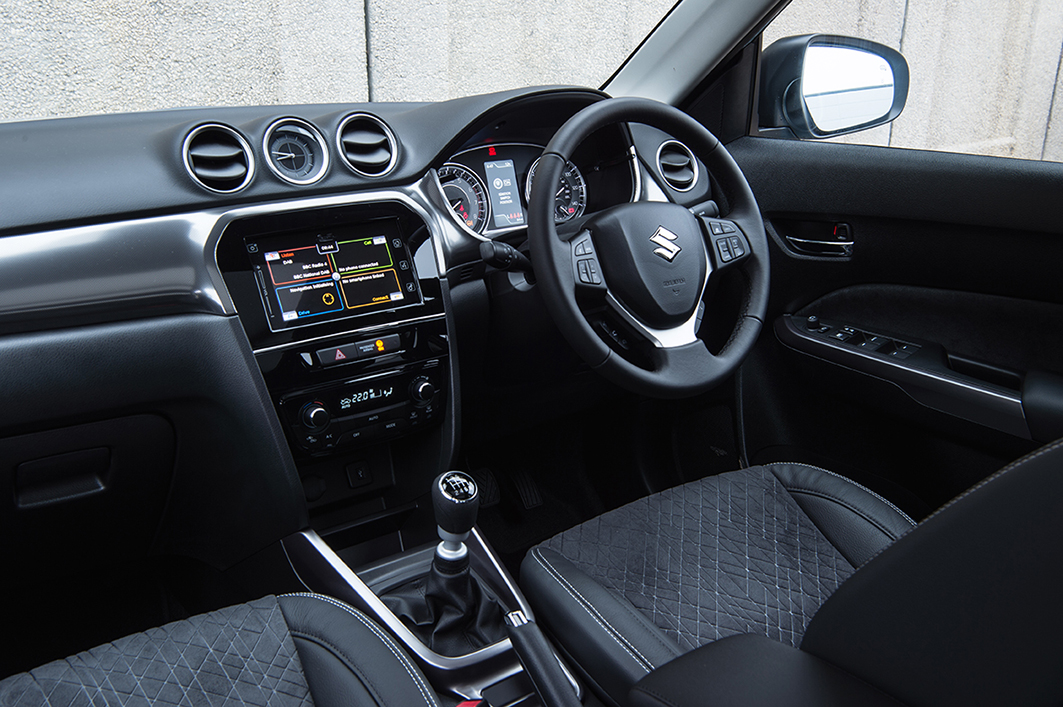 The dashboard – now with a new instrument cluster and far more softly covered and nicer to the touch – is, as you’d expect, simply and clearly layed out. The boot is still capable of accommodating your luggage or Labrador – there’s also a low loading lip, and a variable height floor that facilitates a flat load-space when the rear seats are folded. And the Vitara will seat five – albeit perhaps at a slight push. So, all in all the practicality element of the Vitara has been retained too. Except perhaps for the lack of a spare wheel, an inflation kit sits under the boot floor instead. Owners of rocky driveways should thus tread carefully. 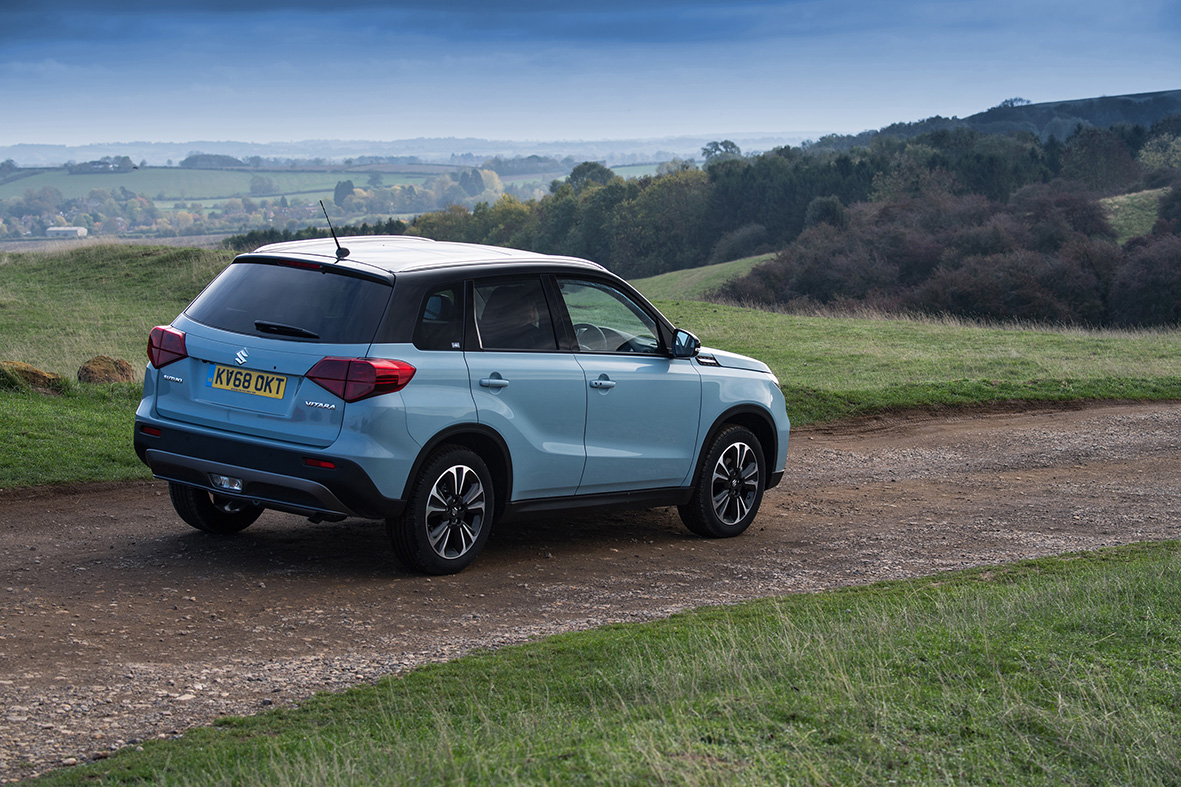 Now I know that the mention of a petrol-powered family-sized SUV, might at first leave you with the impression that the skins of rice puddings the world over can rest easy, but, you’d be wrong.

Suzuki’s little 1 litre Boosterjet might be the smallest engine available in the Vitara range but, to use the old cliché: it punches way beyond its weight. It produces 110bhp and a healthy 125lbft of torque between 2,000 and 3,500 revs and in doing so, and when coupled to Suzuki’s five speed manual gearbox and AllGRIP four-wheel drive system, it gives the Vitara a certain charm. It really does pull and there’s little, if any, lag. Granted, it’s no rocket-ship, but it’s a joy to let this little 3-pot motor rev a little. 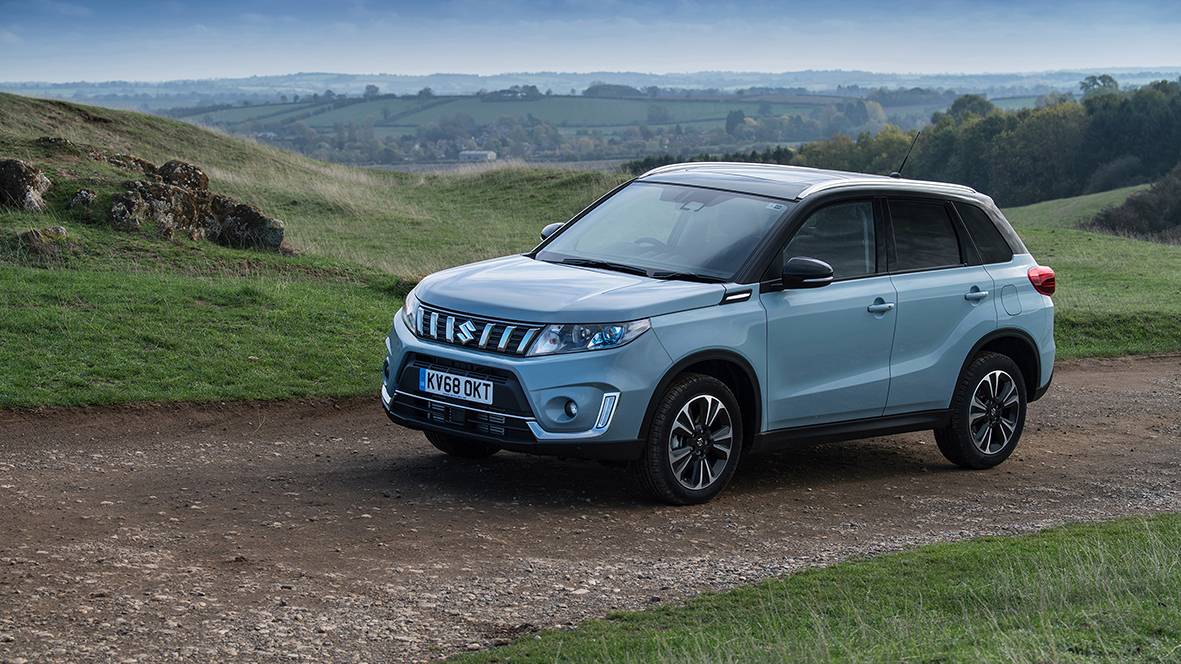 Surprisingly, once up to speed, it also makes for relaxed cruising. The ride is a tad soft, and the same could be said of the steering, but no-one ever bought a Vitara for its track-record setting abilities; wading streams and light off-roading duties have always been far more its forte. And, having sampled Vitara’s in the mud, I’ve absolutely no doubt the four selectable driving modes, Auto, Sport, Snow, and Lock will keep you going when the weather, the terrain, or both, turn tough.

It may now be into its third decade but the Vitara has managed to retain its original character and authenticity. It’s economical – especially now with its new engines – it’s incredibly easy to live with, and it’s far tougher than many of its newer to the market and more fashion-conscious contemporaries.

Many thanks to Jessica, Alun, Leigh, and Paul at Suzuki UK’s press office for the loan of the Vitara