In October 2016, I wrote an article titled “Exploring Swansea’s Graveyards”, describing the fascinating history of churchyards and cemeteries located in and around Swansea. It is in this piece that I wrote about the Quaker and Jewish cemeteries. Following from this article I was contacted by Susan Boulanger and in September, after what seemed a longtime, I finally met Susan and her daughter Michelle, who came from Canada. Below is a piece which Susan kindly wrote, as she wanted to share her wonderful experiences whilst visiting Swansea. 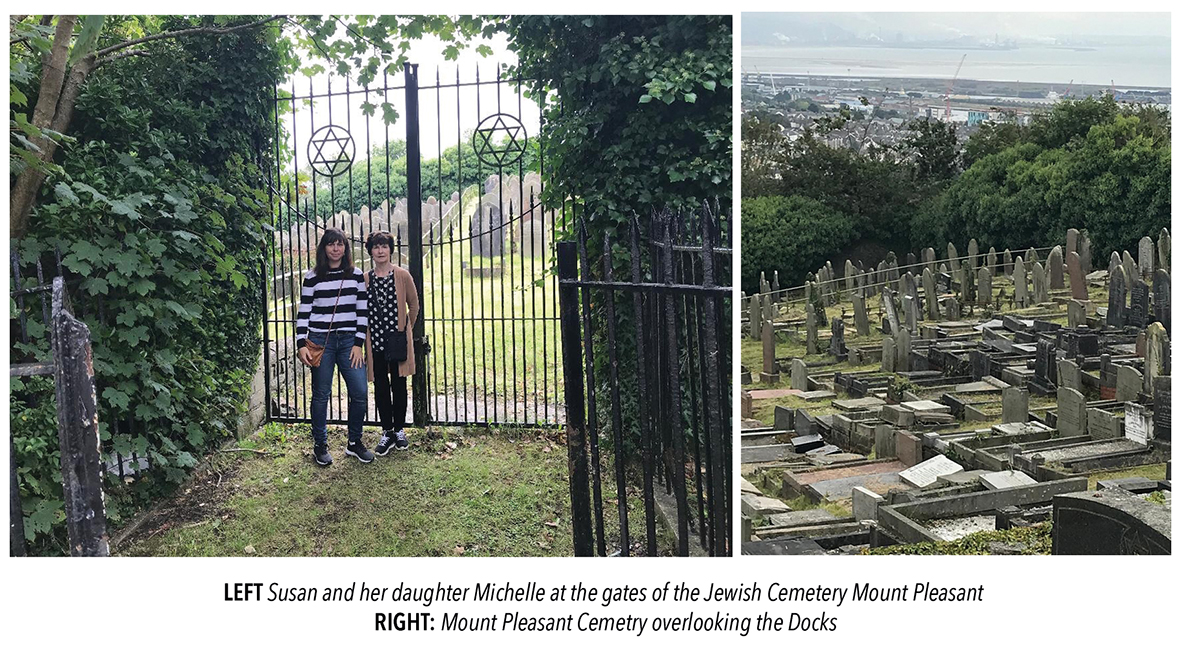 This amazing chapter of my life began Spring 2018 when my youngest daughter discovered, through DNA testing, that she has ‘Ashkenazi Jewish’ listed as part of her ancestry composition. Being somewhat skeptical, (because I had already started researching some areas of my family history) I too sent away for a DNA testing kit and, much to my surprise, it also came back with Ashkenazi Jewish, exactly double the percentage of my daughter (which of course makes sense). I never knew this about my ancestry before, so I began digging into my Maternal Grandmother’s side, the ‘Michael’ family.

The earliest name I had to work with at the time was ‘Levi Michael’ (son of David Michael, my 5x Great Grandfather). When I googled his name, I found more information including a picture of his tombstone and the name of the cemetery, ‘Swansea Jewish Cemetery’ located in Wales! I was so surprised – this was the link I was looking for!  I then googled ‘Swansea Jewish Cemetery’, which lead me to an article written a couple years back by historian, Charles Wilson-Watkins, who I immediately reached out to. Charles quickly responded and offered to go to the cemetery on my behalf and take pictures. I was thrilled! – And, as soon as I received those images, I just knew I had to make the trip to Wales!

So, the planning stages began and, along with my eldest daughter, I made the trip to Swansea from Toronto, Canada, last month (September). Leading up to this time, I had kept in touch with Charles who most generously offered to retrieve the keys for the cemetery and take us there during our visit.

It was a Sunday afternoon when we made our way to the cemetery, staying for approximately 2-1/2 hours, taking an abundance of pictures, and walking amongst the many worn and dilapidated stones. The site was beautiful. We found the stones for Levi Michael and his wife Rosy, plus Levi’s brother ‘Jacob’ and his wife Leah and, in between these four stones were the two worn stones believed that to be of David Michael (founder of the cemetery) and his wife Rachel. We had successfully found the stones of my 5xGreat Grandparents! And much to our surprise, there had been additional visitors to the ‘Michael’ stones as, when we arrived; we found 3 tiny stones, signifying 3 visitors! We were later informed, during a delightful visit with *Norma Glass that these stones had been left by another family who had also visited the cemetery earlier that SAME day! Distant relatives visiting from Australia and London, also researching the Michael family. Two different families, travelling from miles apart, visiting the SAME day – what are the odds! We have since connected to these new relatives via email and hope to stay in touch for many years to come! 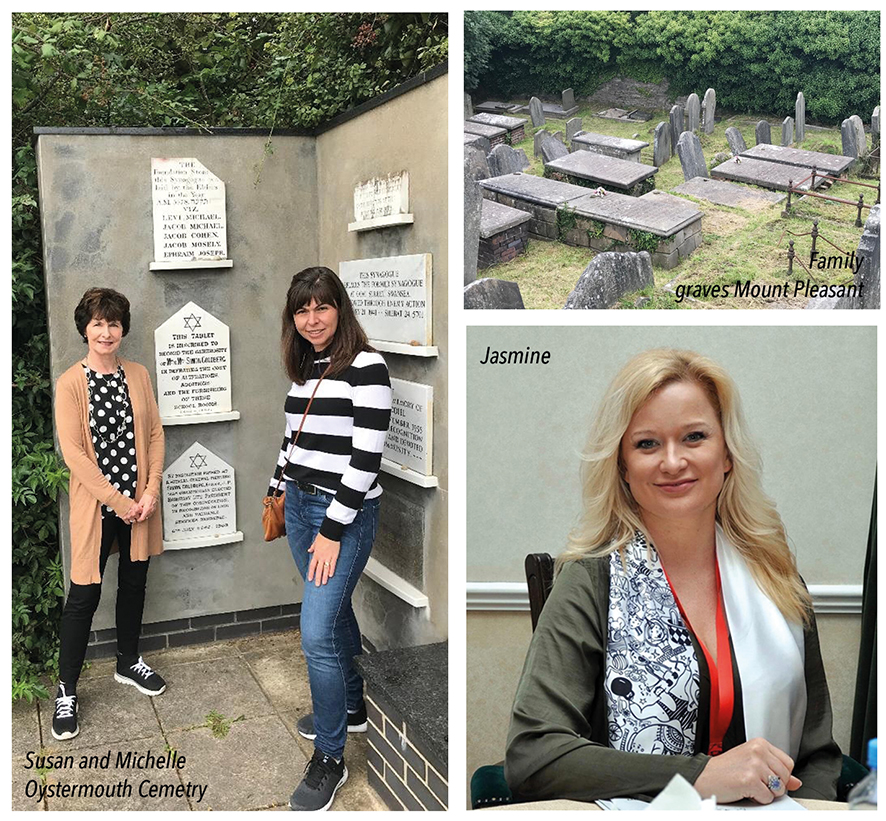 My daughter and I thoroughly enjoyed our visit to Swansea, walking on the same land as did our ancestors over 200 years ago; strolling along Wind Street where they once lived and operated their businesses, viewing the stunning remains of Swansea Castle, visiting the precious Jewish cemeteries, walking along the docks, watching the tide come in and the sun go down along Swansea’s stunning beachfront – it truly was an amazing experience!

The significance of little stones left on a headstone within the Jewish Cemetery, is following the mitzvah tradition of commemorating the person’s memory. It also serves as a sign to others that someone has visited the grave/cemetery.

The ‘What Ifs’ and ‘If Onlys’. Had we been an hour earlier arriving at the cemetery, we would have met Australian Jasmine Straga as it was Jasmine who had left the little stone on the headstone. During 2016, Jasmine’s mother, undertook her own research whilst visiting Swansea. It is from the stories that her mother told her, that inspired Jasmine to undertake her own travels and visit Swansea.

*Norma Glass MBE is a leading member of the Jewish community and the Welsh representative on the UK Board of Deputies of British Jews.