This month Dr Rupa Dave, a member of the small community of Indians resident in Swansea writes on the many events that took place last month. Rupa is well known as a surgeon in Singleton Hospital, Swansea, where she works in the Dermatological department specializing in the treatment and surgical reconstructions for skin cancer patients. In addition, she runs a private clinic Cutis Cosmetic Clinic from her premises in Killay.

Usually, October is the time when we start feeling a distinct chill in the air, leaves are in freefall, the nights draw in and the call of Christmas, even before Halloween has been enjoyed (or endured).   For the small but significant Indian community who call Swansea home, October is a month full of festivals and fits in nicely to prevent October blues! 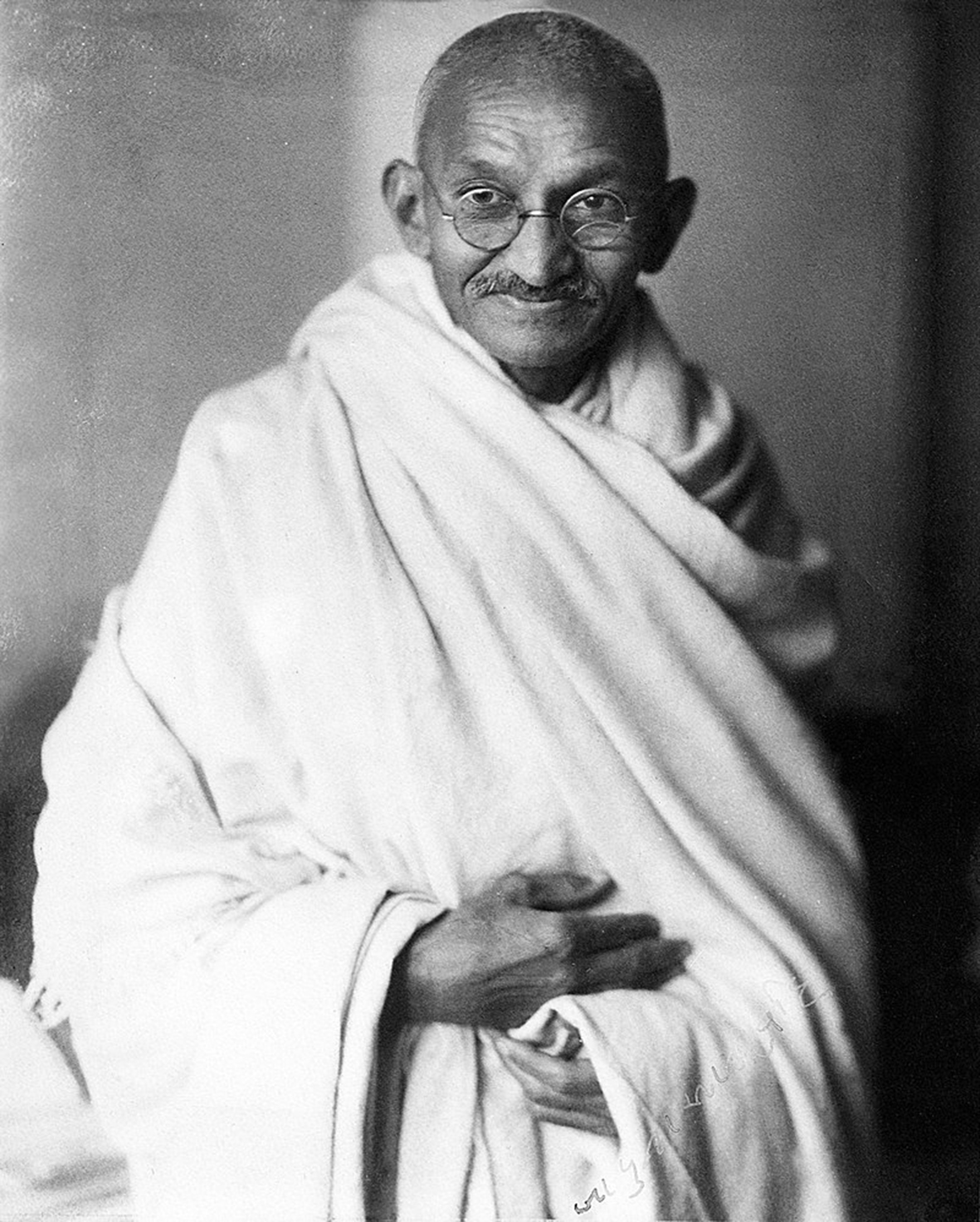 This time though October has been more memorable than ever before.

2nd October is the birth date of Mahatma Gandhi (pic left) or ‘Bapu’ (father) as he is fondly called in India. His 150th birth anniversary was celebrated all over the world and fittingly in Cardiff as well. It was a proud moment and a time to reflect on his teachings when I saw his face on banners all over Cardiff and the Indian flag took its rightful place as it fluttered on the City hall in Cardiff.

Einstein is famously quoted to have said ‘Generations to come will scarcely believe that a man such as Gandhiji walked upon the earth in flesh and blood.’

Gandhiji trained as a barrister in England. During his time in London he met and made life long associations with people such as George Bernard Shaw and Annie Besant. He is known to have called London his second home. After living and working in South Africa (where the seeds to his future non- violent movement were sown) he returned to India. There he launched India’s independence movement. India gained independence from the British on 15th August 1947.

The celebration in Cardiff saw lectures amongst others from Shaunaka Rishi Das, head of the Oxford Centre for Hindu Studies. He narrated a story about Gandhiji that he had heard from his father in Ireland at the age of 7. ‘A mother brought her young son to Bapu and requested him to convince her son not to eat too much sugar. Bapu requested them to come back after 3 days. Three days later when mother and son returned, Bapu lovingly convinced the little boy to eat sugar in healthy measure. The mother whilst thanking Bapu, asked the reason for the three-day delay. Bapu said that he himself had a sweet tooth and that he could not in all honesty preach what he did not practice. In the interim three days, Bapu had reduced his sugar intake and felt that he could talk to the little boy with a clear conscience!’

His teachings on non violence (ahimsa), non cooperation (satyagraha), vegetarianism, cleanliness,  equality (he famously joined the cleaning of toilets, including carrying of the contents and disposing them. Any visitor to his ashram in Ahemdabad, India had to partake in this work) have become beacons to future world leaders. Nelson Mandela and Martin Luther King used his vision to work towards abolishing apartheid and establishing race relations in the USA respectively.

He abhorred violence of any kind and called off the non-cooperation movement after an incident in Chauri Chaura in north India. This resulted in an escalation of violence which was not acceptable to Gandhiji at all. At his insistence, all violence across India came to a halt. Which political leader can claim such respect? 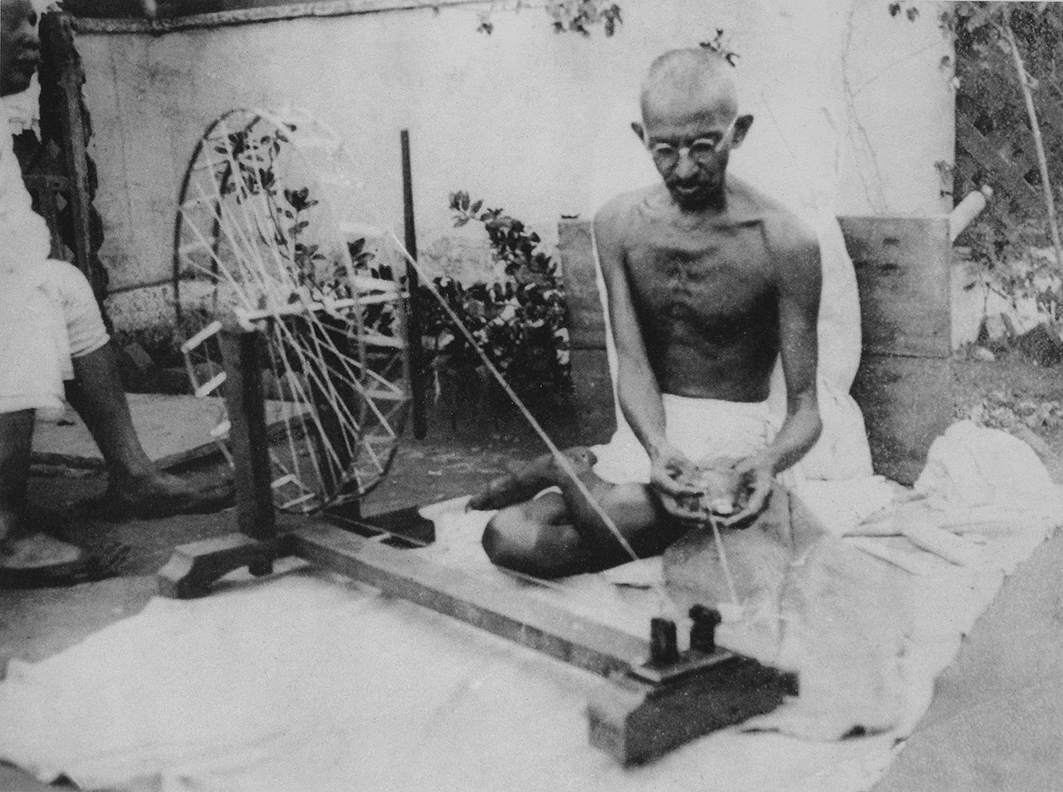 He spun khadi (a type of linen) on his spinning wheel (pic right) and wished that people took up spinning to make India less reliant on fabric from UK.

When his spoken word did not have the desired result, he resorted to fasting for extended periods of time to bring the result – most often to stop violent protests.

He was against the partition and worked hard to avoid India being split along religious lines. However, the seed of mistrust had grown, and he could not stop the division of the nation. This man who brought independence to India by non-violent protest, was tragically killed by the bullet of a right-wing activist. 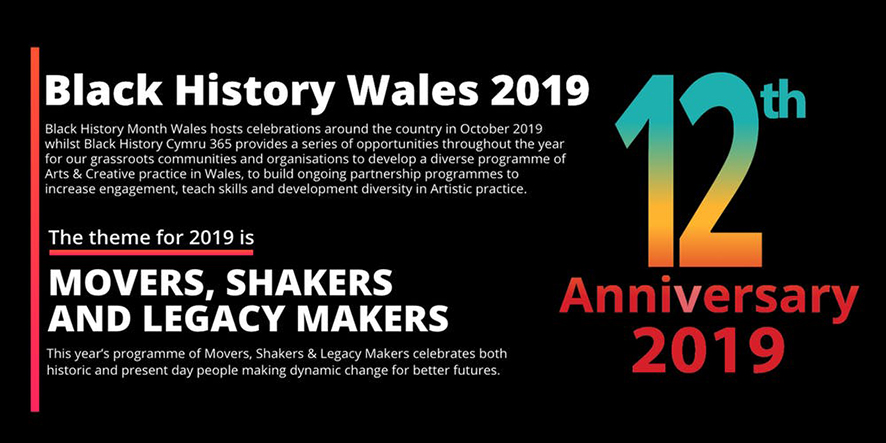 October is also black history month in the UK and has been celebrated for the past 30 years. My understanding of this important chapter in the British mosaic is nascent, but I find many parallels. At the end of world war II, people from countries such as the West Indies were invited to come to the UK and help rebuild the nation. They came, contributed and cemented their lives in main-stream Britain.

Swansea City council and Swansea University are holding events around the city not only to highlight these contributions but also make people aware of current opportunities. The art exhibition in the Glyn Vivian Gallery (up to February 2020) is one which has caught my eye and I will be visiting the gallery soon. I am sure the editor will welcome your views on the events that have caught your eye.

On the 15th of October, Swansea University’s College of Human and Health Sciences held the first UNESCO World Bioethics Day under the stewardship of assistant professor, Chantal Patel. UNESCO’s mission statement for this conference reads as follows: where cultural diversity is in conflict with other human rights values, it is necessary to analyse and balance wisely. The day saw keynote speeches by Deputy Cultural minister, Lord Elis-Thomas and Chantal Patel. I was fortunate to receive an invitation to speak on the importance of Cultural Pluralism in Wales drawing from my personal experiences. It also saw vibrant and colourful dance performances (which at one point had 30 dancers on stage showcasing India’s cultural diversity) and a staff choir performance, singing from Les Miserables. Workshops included sensitive issues such as Female Genital Mutilation, child organ donation, end of life care, mental health, climate change and dilemmas around rescuing migrants. It is meant to be an annual event in Swansea and I would recommend attendance at this event next year.

Phew! We are only just over the half way mark for October and already I feel enriched! 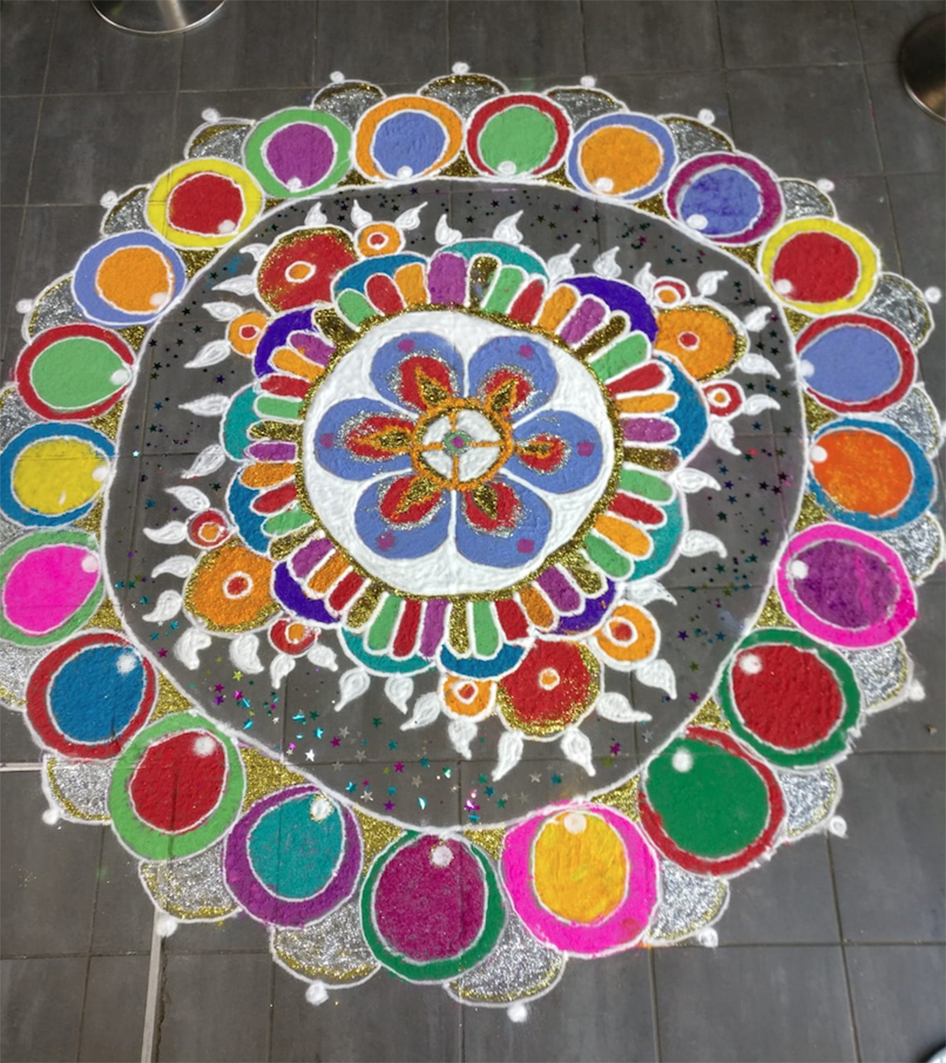 At the end of October, Indians the world over celebrate Diwali – a symbolic festival of lights. Fable has it that people lit lamps to guide Rama, his wife Sita and brother Laxman on their way back home from a 14-year exile. It holds a special place in the festivals of India, being as important as Christmas is to all of us here. New clothes, delicious food, fireworks (not as many now as people are more environmentally conscious and aware of the pain they cause loved pets) and Rangoli (coloured powder patterns made at the entrance of the house) abound. 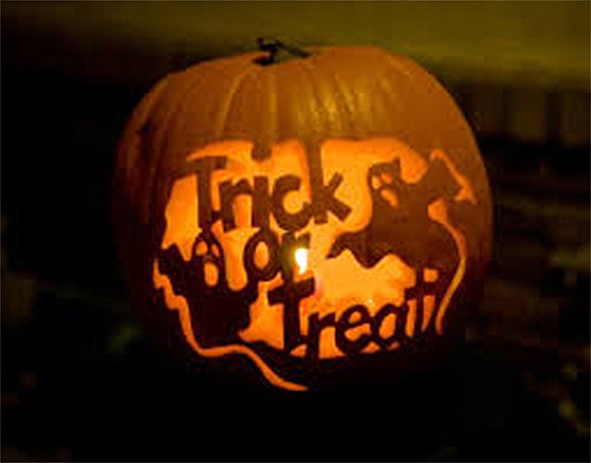 Soon after Diwali, comes Halloween. My children have long outgrown the trick or treat rituals. The one thing I like about the day is the multitude of pumpkins beaming out of houses. This year though, Halloween may go down in history as the day the UK made Brexit a reality. It is a sombre thought. Whatever the outcome, I remain firmly convinced that it is only by building bridges, communicating and vitally inspiring trust is the only way forward.