This month Liz looks at racism, sexism and inclusivism and how we should all try to be a little kinder to each other – even when they are supporting the other side.

‘There may be troubles ahead…let’s face the music and dance.’

I think I’ve mentioned before that the closest Husband and I have come to divorce was when we were learning ballroom dancing. So, dancing may not, in this instance, be the wisest thing to do in the event of troubles ahead.

For deadline reasons I am writing this article in the week before the Rugby World Cup semi-finals. As you won’t be reading this until December let me refresh your memory. England are about to take on the All Blacks and Wales are going into battle with South Africa. (I chose my words carefully as the Boks are very physical.) It is still possible at this point to envisage a final between England and Wales. You’ll be reading this article with the benefit of hindsight and, no doubt, laughing, but just bear with me for a few minutes.

I am in a mixed marriage. I am Welsh and Husband is English. This is only problematic during the Six Nations season, or a rugby world cup. 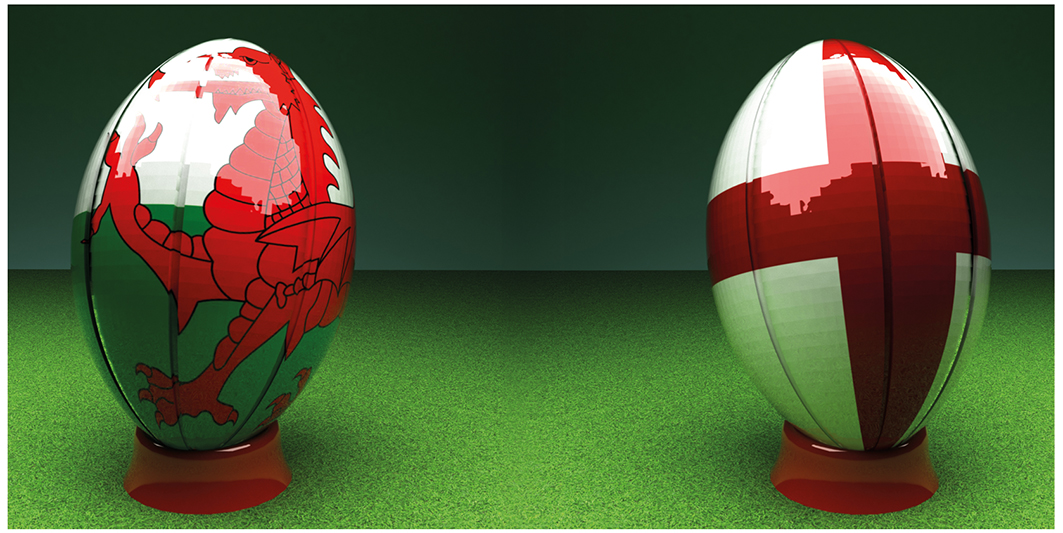 England have won four of their five games and only have to defeat Scotland, who haven’t won any games, to win the Grand Slam. Martin Johnson is captain, and there is a certain arrogance about the team (lovely Jonny Wilkinson excepted).

The game, though Scotland battle hard, goes as expected until five minutes before the final whistle when Scotland score a try taking them into the lead. I am watching the game with Husband and Elder Son. As the Scottish player touches down Elder Son and I simultaneously punch the air, ‘Yes!’

Husband turns around to frown at us and I immediately adopt a sympathetic face, ‘Oh dear.’ He isn’t fooled.

I don’t know why I have always found it so hard to support England, even when Wales isn’t in the mix. It was a Welsh band, The Stereophonics, who came up with the song, As long as we beat the English,’ but it’s not just us. In 2007 a BBC advert was banned for being anti-English. It showed Irish, Scottish and Welsh sup-porters all appear-ing to shout for England – but it turns out to be the team they all want to beat.

We laugh and say, ‘It’s only in jest, nothing serious. It’s just good fun.’

But is it? I was challenged on this in Zac’s a few years ago. Why was it okay to have this racist attitude to the English when if I spoke about any other nationality like it – well, I wouldn’t. In every other aspect of life, I have no problems with the English, although that isn’t necessarily the case for some people. Having had to face a painful truth I went away to think about it. And, came to the conclusion that I needed a change of mind-set.

So now I cheer for England. (Did you hear me gulp as I wrote that?) It’s not easy, it still goes against the grain and, of course, my heart will always be for Wales. So, if the world cup final does turn out to be England against Wales there’s no question where my loyalty will lie. Or Husband’s. Maybe we’ll have to watch it in different houses.

But racism has been about for a long time. Two thousand years ago, in one of his letters to the church, the apostle Paul wrote, more or less, ‘There is neither English nor Welsh, lower nor upper class, male nor female, for you are all one in Christ Jesus.’ So, no racism – or sexism or class distinction – there.

On the other hand, if there’s one –ism Jesus could be accused of its inclusivism, which upset people then and still upsets people today. From the very first Christmas, Christ’s story demonstrates that. He was born to a poor girl, in a barn. His first visitors were shepherds, the most lowly of citizens; the next recorded visitors were foreigners. As a young baby, he was forced, with his family, to become a refugee in a strange country. He knew what it was like to be an outsider.

I treated my racism as a joke until I was called to answer for it; it wasn’t so funny then. Yes, it’s still important to beat the English, and being beaten by them does hurt more than any other defeat. I can’t change that feeling but I don’t have to let it control me.

Am I taking it all too seriously? Maybe.

Does it matter? For me it did. Maybe it doesn’t for you and that’s fine. As long as it doesn’t affect your treatment of others.

My prayer for this Christmas, and the coming year, is that each of us may know what it is to be included and loved.