Back in 2016 James Iles got in touch with Bay to tell us about a film he’d made in Swansea which featured a giant conger eel – Congaaargh! We went along to a screening in Brewstone in Uplands and thoroughly enjoyed the 1950’s style monster movie. Three years on, James contacted us again with news of his latest film Hard to Kill. 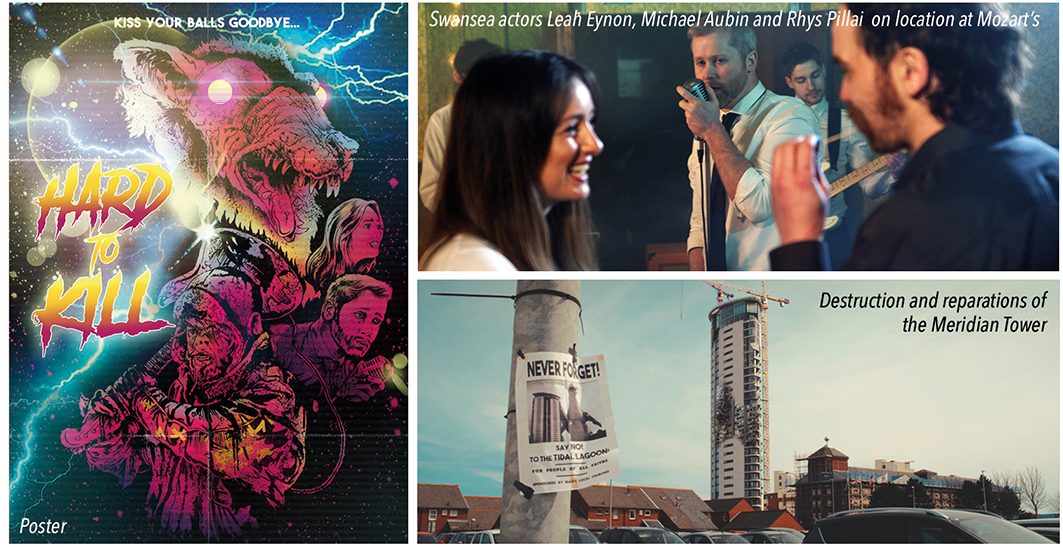 Way back in 2015, I’d been left some-what scarred by the process of mak-ing our first short film. Brimming with glorious naivety and dangerous levels of enthusiasm, old pal and fellow producer Alastair Jenkins and I decided to cut our teeth at filmmaking with an ocean-based monster film, featuring practical creature suits, miniatures and underwater filming.

We blew most of our budget on a monster suit and spent the next few months organising locations, building props and assembling cast and crew, with filming scheduled for mid-August to ensure the most com-fortable conditions possible for our water-based scenes. Then it started to rain.

We did it! The result was a seven minute, black and white, 1950’s style monster movie about a giant, conger eel, disturbed from the ocean floor during the construction of a tidal lagoon, directed by local writer and shooting director/producer Christian Bradshaw. But let’s just say there was a little swearing along the way whenever those summer skies darkened, and we had to drag a 50kg monster suit out of the sea before the cameras were destroyed by the rain.

Cut to 2019 and, following festival screenings, we’ve just released our second short film from Swansea, Hard to Kill. Our home city provided some fantastic locations along the way. And there wasn’t a drop of rain. 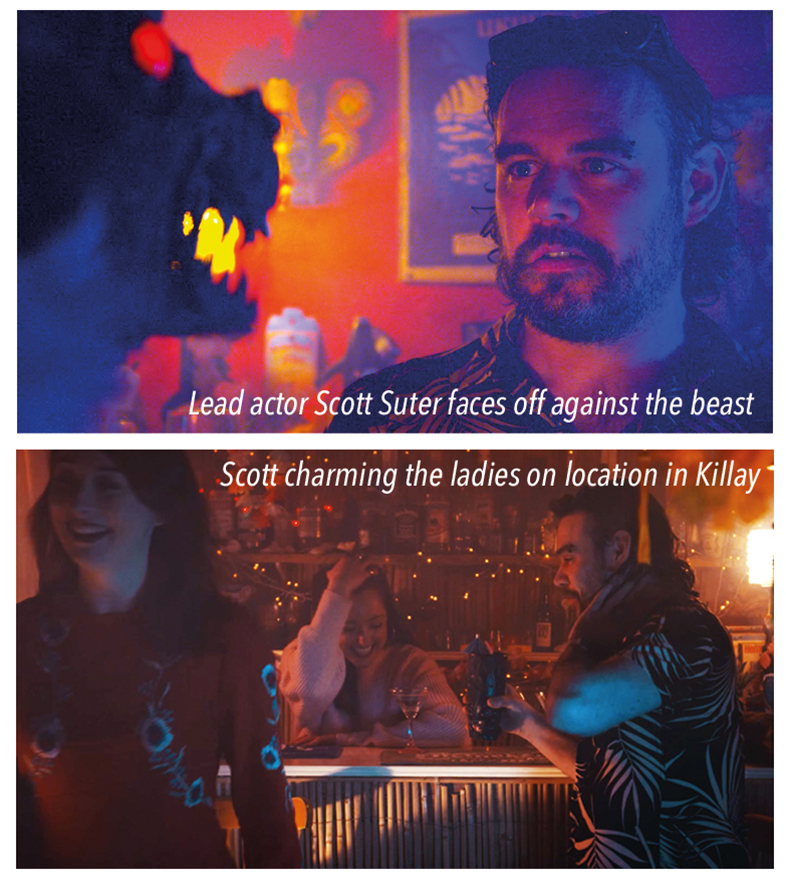 We begin with a montage of driving footage, starting in the backstreets of the city centre and journeying along the sea front to Mumbles, then back to the Oystermouth Road funfair. We wanted Troy’s world to have the feel of a beautiful, seaside town, where things are just a little…off. This IS a world where monsters lurk, after all, and within the first few minutes of the film, you can spot a little reference to a creature from our earlier film.

The whole driving scene, accompanied by one of my favourite tracks by TAURUS 1984 – The Return to Galaga, is designed to show the city through Troy’s eyes, a man trapped in the lifestyle and music of the 1980s. The music, combined with locations such as the local funfair and other seaside attract-ions worked really well to breathe life into Troy’s world, in this case, the fictional seaside town of Sweeturchin Bay.

Troy’s drive takes him to a classic music venue for band practice, where his story really begins. We were really lucky to be able to shoot this scene at the legendary Mozart’s Nightclub, just before its doors sadly closed. The closing of the club has left something of a vacuum in the Swansea music scene, but it feels nice to have tried to capture the place on camera in its latter days, and I can’t help but feel some of the character of the classic venue in the scenes involving Troy’s less than successful rehearsal with his band The White Sneakers.

Following our time in Mozart’s, the film makes a rather dramatic change of locations which I’ll let audiences discover for themselves, but rest assured, we’ll definitely be back to make more monster films in the sweet city of Swansea.

Hard to Kill is now available to watch on YouTube via the Bay City Pictures page.