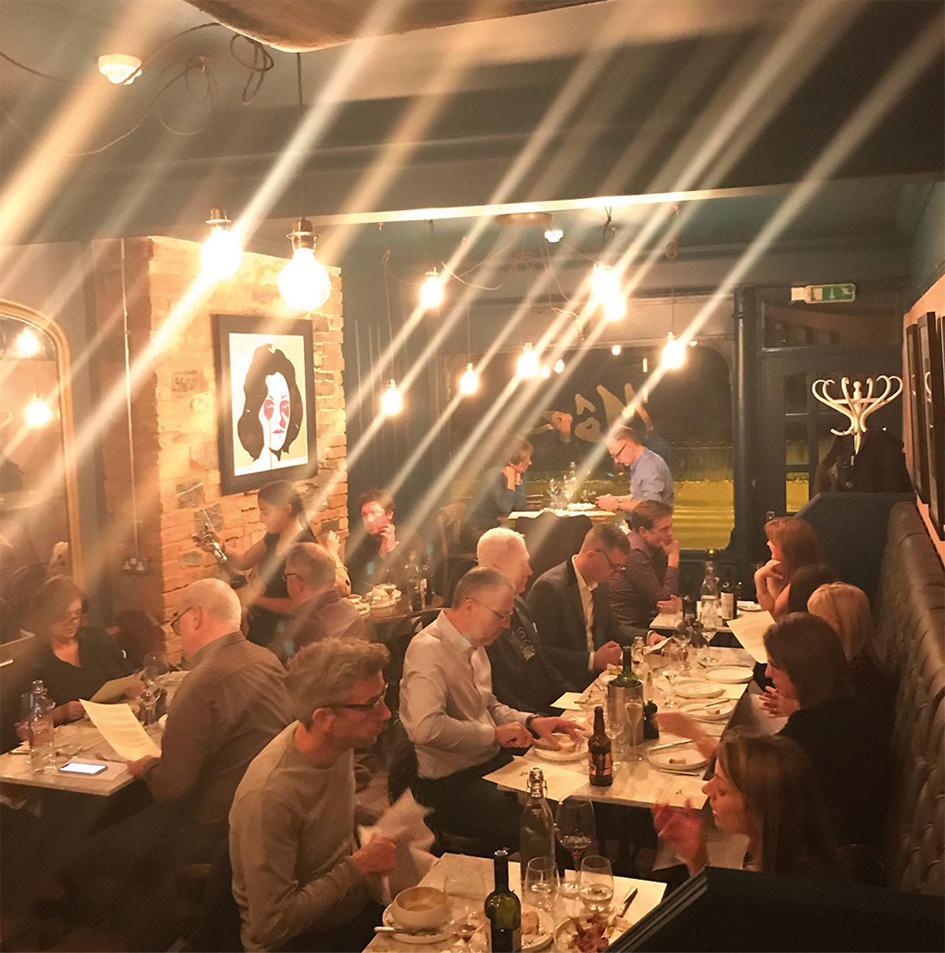 Booking a table at Mumbles’ newest restaurant was an achievement in itself; with less than 30 covers they were in high demand. But my perseverance paid off, and I secured a Thursday night table.

We’d been invited to the Môr launch party – and so it seemed had most of Swansea. Which is why I found myself on a very damp October evening, standing on the pavement with a glass of wine in my hand – my nose pressed up against the window. The plus side was that the canapés were being prepared in the kitchen and then brought in through the front door – I had first dibs on some exquisite little mouthfuls.

Môr, meaning sea in Welsh, is bistro style dining but in a class of its own. Where else in Mumbles can you find fresh oysters on the menu every day?

“The emphasis is on simple, healthy food, beautifully cooked, served in a welcoming, informal environment,” explains head chef Leigh Norton who is well known on the London food scene having worked for the Conran Group of restaurants including Lutyens on Fleet Street as well as The Wolseley on Piccadilly.

Alongside Leigh are George Cooke and Olly Purkiss whose cheffing credentials include London’s Quo Vadis and Dum Byriani as well as the exclusive Peligoni Club in Greece.

The interior design is bright and modern with some interesting art on the walls. I immediately recognised the image of Elizabeth Taylor by Charles Uzzell-Edwards AKA Pure Evil – you’ll have seen it on Volcano Theatre in High Street. 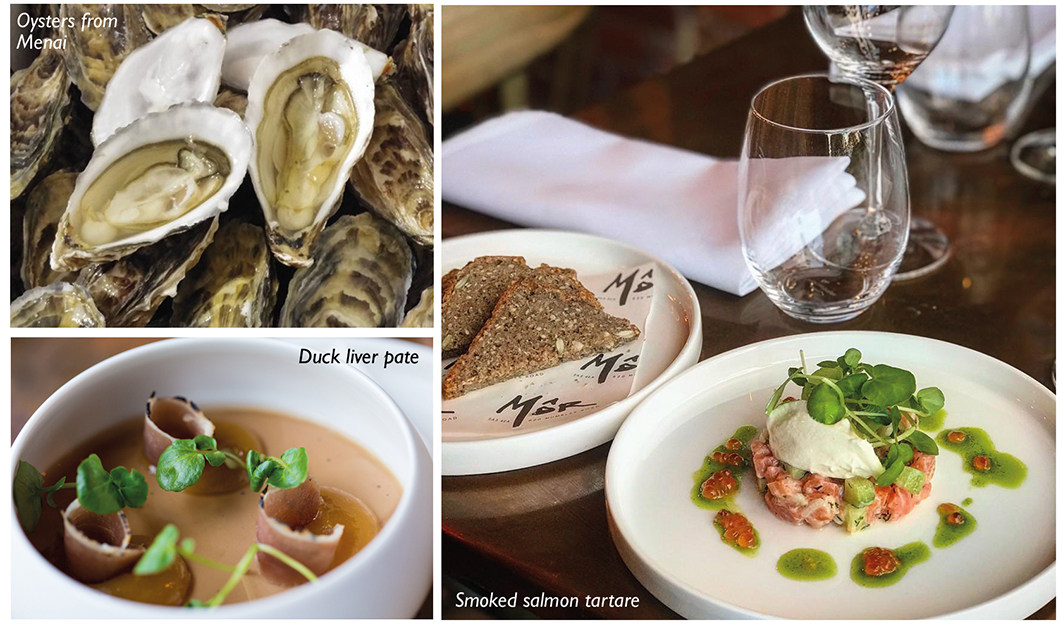 The menu is a mix of small plates that are perfect for sharing, along with larger plates for those that prefer a more traditional style of dining. This suited us perfectly – I like small plates and grazing while Mr W is more conventional and prefers his plates to be full sized.

In order that we could give a balanced review, we probably ordered more than necessary, and hard though it was, we did manage to polish the lot off. 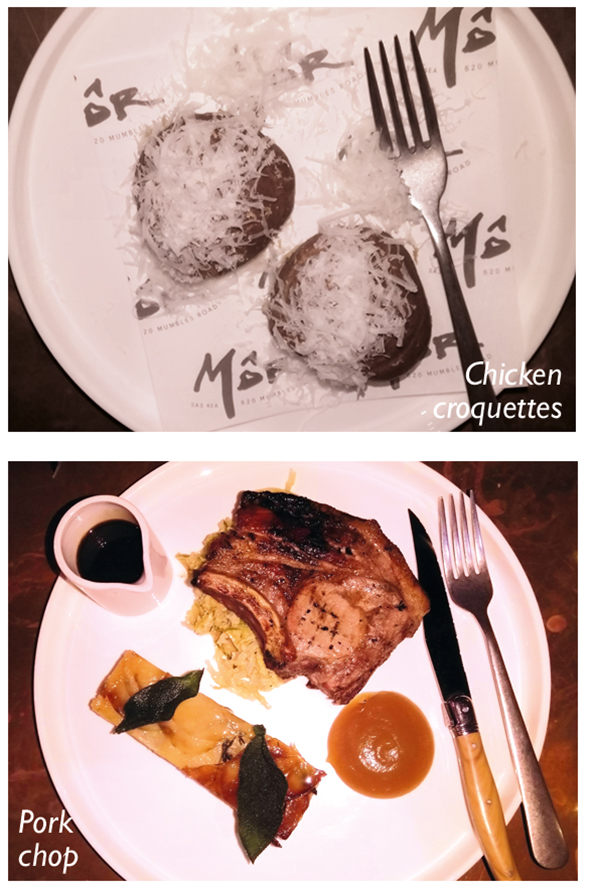 While I don’t ordinarily go out of my way to find oysters, when George described these as ‘fresh in from Menai this morning’ it would have been rude not to at least try them. These rock oysters were gloriously fresh, with a clean, salty flavour – and slightly metallic. They came with a mignonette sauce – finely diced shallot and vinegar – a classic way of serving oysters. I can now begin to see the attraction of these little bivalves.

From here the plates just seemed to keep on coming. Chicken croquettes – similar to the jamon croquettes we’d eaten in Spain only meatier – here it was tender chicken thigh with a real depth of flavour. These were so good we were compelled to order more. A Swansea smoked salmon tartare, which had a robust smoky flavour and a duck liver pate that more than held its own in the flavour department when pitted against the smokiness of the salmon, but was silky smooth, and so light that it was mousse-like.

Our penultimate plate was a carpaccio of beef. All the meat for Môr comes from Tucker’s in Mumbles and this beef obviously came with a pedigree certificate. Fillet steak isn’t known for its flavour, but this was not only as soft as butter it had a good flavour too. Our final plate was a pork chop on a bed of vegetables with pommes Anna. The chop was so tender I wrongly thought that it had been cooked sous vide before being grilled – but I learnt that it was seared on a Japanese grill. The fat was meltingly soft and had that wonderful charred flavour that only barbequing can give.

I was told this by the late great Sarla Langdon, who once won the Glenfiddich Award for a restaurant review. You should be informative and tell people of the whole experience.

It is hard for me not to enthuse about Môr – everything about it is on the money, the food, the service and the restaurant.

It might take you a while to get a table, but I promise you it will be worth the wait.