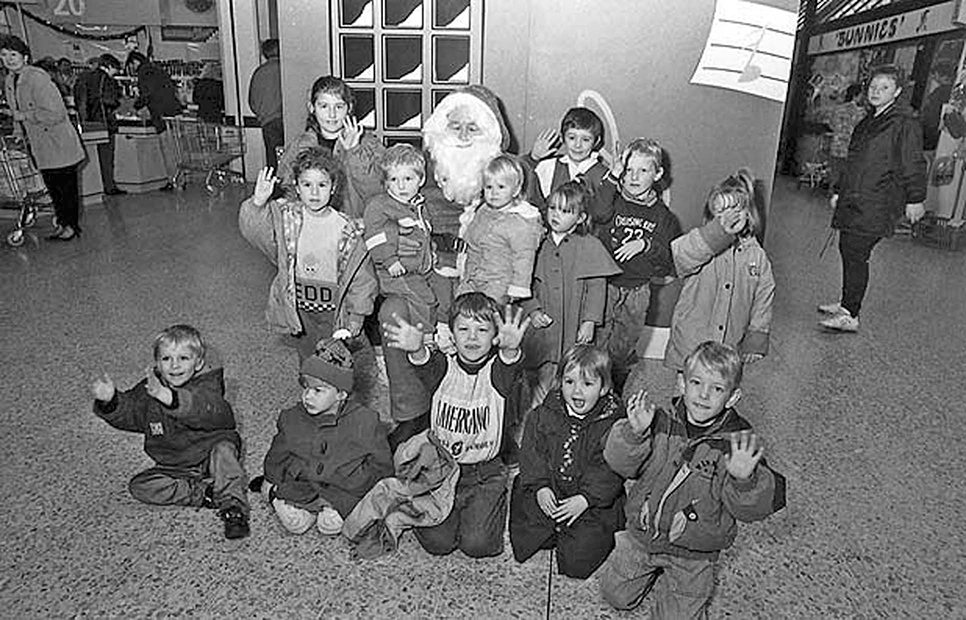 SWANSEA – SALUTE TO A CITY

Jingle bells, jingle bells . . . yes Christmas is coming at us at a terrific rate of knots. It seems like only yesterday that we were wishing one another a Happy New Year. Here a group of excited children desperate for the arrival of Christmas appear delighted by an encounter with Father Christmas at Asda’s Swansea Superstore, Llansamlet shortly after his arrival there in 1992. This memory jerker is one of more than 300 nostalgic images in the book, Swansea – Salute to a city, the latest by David Roberts. It captures many fantastic glimpses of Swansea in the past as well as offering candid shots of the social side of all our lives down the last half a century. For details on how to obtain a copy of a great gift which offers 50 years of city life in its 176 pages visit www.bryngoldbooks.com or phone 01639 643961.

Get inspired and try something new in 2020. Lifelong Learning is a programme full of exciting courses where you can learn something new, get creative, improve your health and wellbeing while enjoying the social side of adult learning.

Sign-up online NOW for Lifelong Learning classes starting in January at www.swansea.gov.uk/lifelonglearning or contact us on 01792 637101. A member of the team will be available at the Civic Centre reception opposite the café on Tuesdays during term time from 14.00 – 16.00.

Charles is looking for any relatives of Private Archibald Caswell. Archibald, son of William and Janet Caswell, at the time of the 1901 census lived at 44 Trafalgar Terrace, with his two older sisters Katherine M and Gladys. Archibald was employed as a Railway Clerk. During the First World War he served with Worcestershire Regiment, dying in Swansea, on 7th July 1918. On the 10th July he was buried at Danygraig Cemetery, St. Thomas. At the present time he hasn’t got a military type headstone, the Commonwealth War Grave Commission is in the process of erecting one. Please drop me a line if you think you may be related or have any information, at swanseafamilyhistory@yahoo.co.uk 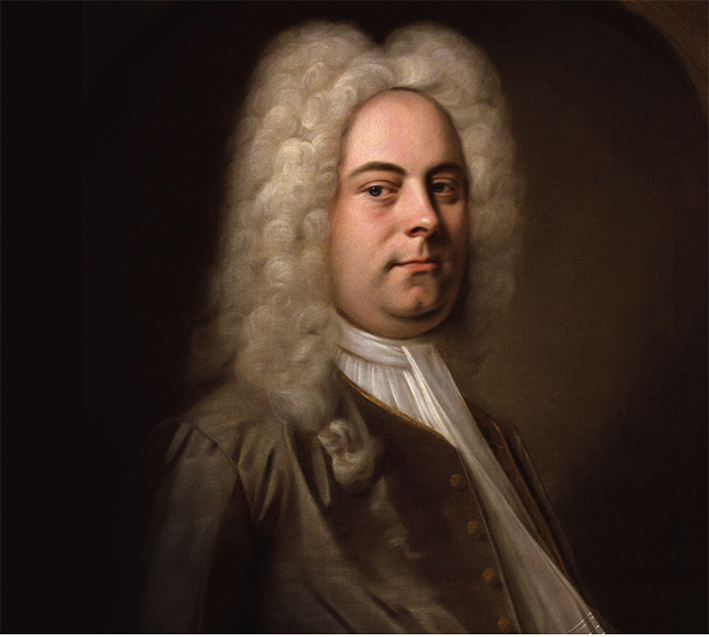 The Gower Chorale has been selected as this year’s choir to perform The Messiah at the Brangwyn Hall. The well-known work by Handel is a Christmas favourite and the choir’s musical director Dr William Reynolds said: “Some people feel it is as traditional as carol concerts to attend a performance and enjoy joining in with the Hallelujah Chorus.”

From January, the choir will be rehearsing for a special 25th anniversary concert in June 2020. Rehearsals take place on Tuesday evening between 7-9.00 pm at the Victoria Hall, Oystermouth. 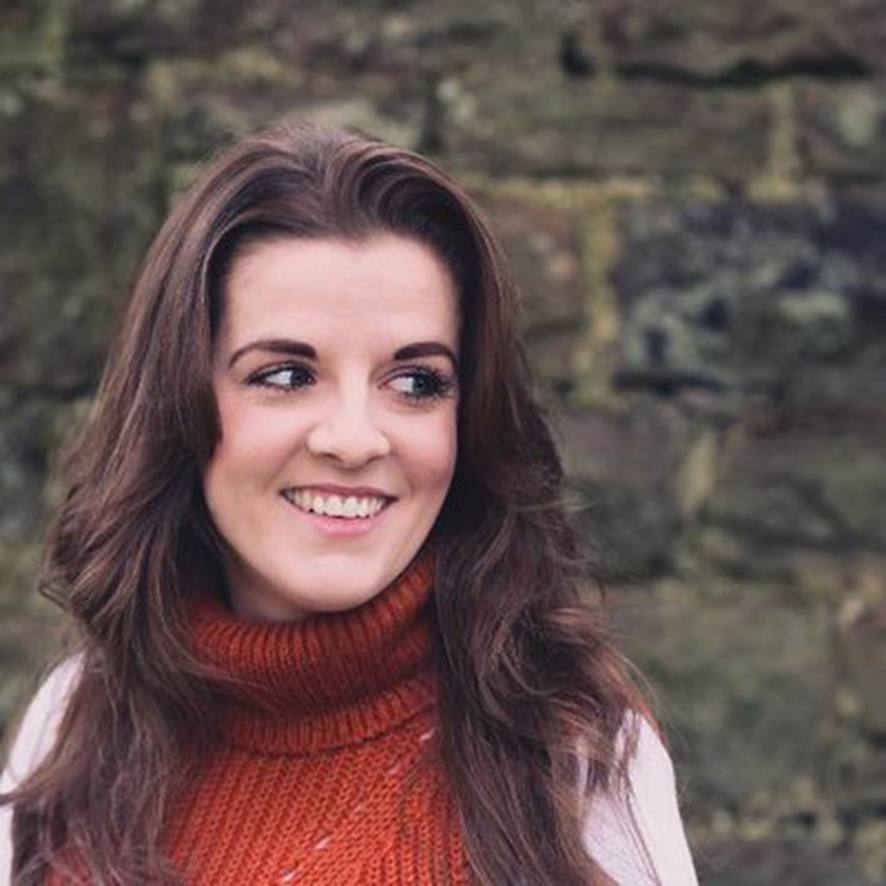 Rebecca F. John is a Swansea author (www.rebeccafjohn.com). Sarla reviewed her novel, The Haunting of Henry Twist, in July 2017.
Rebecca is fundraising for Velindre Cancer Centre by undertaking a 5-day Arctic trek in March 2020. Other fundraising events are taking place, one of which will be at 19.00 on Friday 6 December at Taliesin. It will be a traditional Christmas event with a male voice choir and some best-selling authors in attendance including Tracy Rees winner of Richard and Judy’s Search for a Bestseller, award winning Gower writer Jane Fraser and Sunday Times Bestseller Kate Hamer. Tickets are priced at £8 and all proceeds will go to the Velindre Cancer Centre. The Neath Male Choir will provide the music.

Tickets for the evening can be booked at www.eventbright.co.uk and search for Velindre.

To donate visit www.justgiving.com and search for Rebecca John.

The season starts with their concert at All Saints, Mumbles on Saturday 7 December, it’s always a very popular event and they are joined this year by the Mid Rhondda brass band. The beneficiary of this will once again be Maggie’s. The following week, their Ladies’ Committee hosts another carol concert at the Scout and Guide HQ in Bryn Road on Tuesday 10 December and they sing again at Mumbles Pier on Thursday 12 December, followed by yet another at St Hilary’s Church in Killay on Saturday 14th. Their final concert of the season is at St Thomas Church on the Tuesday 17 December, as usual with the cooperation of local schools.

The Gwalia Singers has a very wide repertoire of traditional and more modern songs and new members are always welcome. Please come and see us at rehearsal at the Linden Christian Centre, West Cross, or speak to any member or to Secretary Alan Clewett 01792 203392.

The Banff Mountain Film Festival features a collection of the world’s best adventure films, starring intrepid explorers on wild expeditions in remote corners of the world. Audiences can expect gripping action, soulful journeys and mind-blowing cinematography – all from the comfort of a cinema seat.

Regarding the article by Liz Hinds, I do not recall Forte’s ice cream parlour giving out free ice cream when the war ended but Joe at Joe’s ice cream parlour did. My friend lived in Oxford Street and often related how she went home and changed her dress and went back for a second helping.

What I do remember about the late 40s and 50s was it was the ‘in-thing‘ to be seen at Forte’s on a Sunday afternoon, sipping coffee followed by a walk along the promenade, hoping to meet the man of your dreams if you hadn’t already done so at the Pier Hotel the night before. How simple things were in those days.

WHERE ARE THEY NOW?

Reader Barbara Griffiths née Madge, got in touch to tell me of her memory of the free ice cream from Joe’s at the end of the war. In conversation Barbara told me that she had been evacuated during the war to Goodwick a village near Fishguard. She went to Terrace Road School and remembers another pupil and his sister being evacuated at the same time. Harry Griffiths along with his sister Iris, and the rest of the class were taken by their teacher Miss Loxton on a charabanc to Goodwick where they were billeted on separate farms. Harry went on to be the manager of Swansea City Football Club. Sadly, Harry died in 1978 but Barbara would love to know if Iris is still in the Swansea area as she would love to catch up and share some memories.

Bay’s Charles Wilson-Watkins has done some research and it could be that Iris married Ronald Samuelson in 1949 and had a daughter Judith who married an Ian Love.

If you can help Barbara reconnect with a childhood friend, do get in touch; contact Lesley on 01792 290486.

Do you want to try and find an old friend in Swansea and the surrounding area? If so, please get in touch.