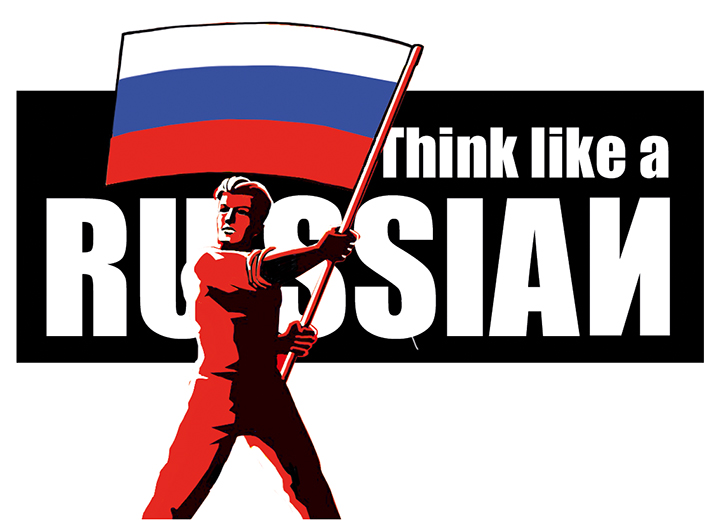 “Don’t feel sorry for yourself and you are all too emotional.”

It’s hard not to get emotional when you are trying to get out of the way of a Cossack whip in the middle of a sports hall in Moscow, wielded by a member of the Russian Special Forces!

We were actually learning the finer points of movement from our instructors in our study of Russian martial arts.

“If you can evade the whip, you can evade anything and if you get hit, get over it, the sting will pass — you need to simply breathe, stay calm and relax.”

I have been involved in martial arts slightly longer than I have in business and the arts taught me discipline, focus and gave me the self-confidence that is needed in the world of business.

There were no formalities, no belts, uniforms or hierarchy and just simple, practical teaching that taught you how to defend yourself from knives, guns, sticks, swords and of course, people.

These arts were taught to Special Forces operatives, presidential bodyguards and other covert units so they had to be effective, but what intrigued me most were the psychological aspects that I had not encountered with my previous studies of martial arts.

There was a great deal of emphasis on learning how to breathe correctly, to stay calm in the most high-pressure situations and to condition the body and mind based on natural movements – detaching yourself from the emotional aspects that always occur when you are under any form of pressure.

You don’t need me to tell you how stress and anxiety are on the increase in the world today, and if you are in business, you will be exposed to it even more.

I have had my fair share of pressure in my business years, but after learning Russian martial arts since 2003, I cope with pressure very differently today and I share my knowledge with my three children, to help them cope with the challenges they face while aspiring to be professional footballers and in classical singing!

The most important lesson I learned was actually when I was sitting in a sauna, between jump-ing into ice cold baths, eating salted fish and drinking beer (the best way to replenish the salts and minerals from the sauna so I was told).

“If you don’t try to win, you cannot lose,” was the statement and it was explained to me that when you focus so intently on winning, there is a danger that if you ever lose, which is inevitable at some point, then your psyche might not be able to handle it.

“Instead, look to survive and then hunt for opportunities,” I was told, as opportunity is the key to success.

When Special Forces opera-tives went on a mission, the only goal was to complete that mission and everyone knew that nothing ever went to plan, so the first priority was to survive…a nuclear strike, heart attack or whatever, so that the mission could be completed.

With this mentality and of course the training behind it, you would always be prepared for the unexpected.

What I liked about my very stoic Russian teachers was that they were never “hyped” or over emotional and everything was done with a sense of calmness. They combined intellect with physical ability at the highest levels and would share their knowledge freely.

After my first trip to Moscow, I had a series of high-level meetings around the globe and I was eager to put what I had just learned into practice.

Getting off a plane and going straight to a meeting demands concentration and previously,

I would rely on the usual adrenaline rush to get me through it, but it was explained to me in Russia, that you cannot sustain this approach.  Instead I was told to take a few deep breaths from the abdomen, followed by a few much quicker breaths, this time focusing on breathing into the eyes, which produces an energizing effect.

At another meeting I was summoned by a senior board member of a large client to be reprimanded and financially penalized for the actions of some of the engineers we had supplied – I breathed very deeply and slowly to remain calm before the inevitable storm.

What was funny though was when I met the board member outside of the room before the meeting, instead of being friendly as usual, he looked at me sternly and tried a “power handshake,” only for me to smile at him and let my hand go limp as he tried even harder to crush it, getting very frust-rated during the process.

In Russia they taught us never to engage with our attackers emotionally and simply defend ourselves using their actions against them.

If you find yourself in a stressful situation, breathing deeply and calmly can work won-ders and will alleviate any tension in your body.

When you are in client presentations or high-level meetings, you don’t have to go all out to get the deal…just relax and let it happen.

You will be amazed at what you can really achieve when you simply engage your clients in conversation, you will find that you will naturally articulate what you do and you may even uncover a few unexpected opportunities during the process.

Too many people in business are wound up and stressed — this stress gets transfer-red to your client and puts unnecessary obstacles in the way of your success.

As this is both the December and January issue, I want to wish you all a very merry Christmas and a happy and prosperous New Year!