While most of us are still recovering from the excesses of the festive season, 2020 is already shaping up to be a busy time for Swansea soprano Angharad Morgan.

In a few short months Angharad Morgan the singer from Loughor will be joining one of Wales’ longest-running male choirs, as well as one of the world’s greatest singers, for a special anniversary concert right here in her hometown. But before all that, as a mainstay of Welsh National Opera’s award-winning chorus, she is also gearing up for the three new operas which comprise the WNO’s spring season.

A constant in the chorus, Angharad has only missed one season since joining a few years ago, and that was for a pretty good reason – the birth of her son who, it would appear, is already looking at a career in opera.

“His name’s Benjamin, he’s nearly two, and he’s very good at screaming. It’s very high pitched, I think he might be a tenor!” she jokes.

Little Benjamin also gets to join his mother on the road as she tours across the land, which this time out will be to perform a world premiere, and the revival of two perennial favourites. It will also see her stepping into some larger roles with the company, such as the first bridesmaid in The Marriage of Figaro and understudying the role of Micaëla in Carmen.

“People will see Carmen in a new light,” she says of the new production, which WNO regulars might have caught as part of their autumn season. There’ll be a new cast for the spring season, which Angharad says includes a particularity feisty title character in mezzo-soprano Julia Mintzer.

“Everyone does Carmen, but this one is very current,” she says of the more “feminist” inter-pretation of Bizet’s steamy opera, which really does pack a punch in its gritty new setting.

“The spoken dialogue is different to the normal opera, it’s more modern, and the characters have got a strength to them.” 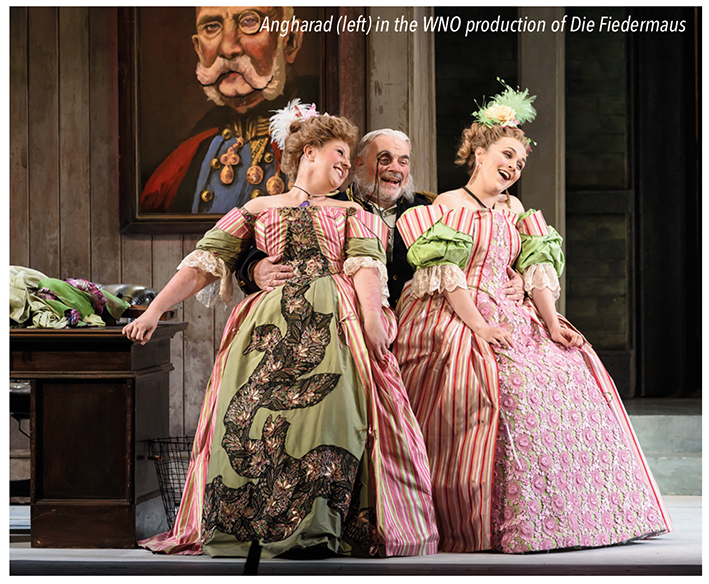 The other revival being staged is Mozart’s The Marriage of Figaro, which was last seen a few years ago, and which will be performed in its original Italian. Of them all, this is the one that Angharad singles out as being ideal for operatic newbies.

“It’s brilliant if you’re new to opera, and I always say to people, come along if you want to feel good. It’s just a fun, happy, comical, light opera, with music you’ll have heard. And if you’re under 30, you can get a ticket for £5 as well.”

But first up is the closing chapter in a trilogy of Verdi operas which have been three years in the making. Not only does Les Vêpres Siciliennes mark the end of a series of wonderfully creative world premieres from the Italian great, but it also brings the curtain down on visionary artistic director Sir David Pountney’s time at the WNO, who launched the project to much critical acclaim in 2018.

“It’s new and fresh, and has a younger cast than the first two,” she says of the production, which will be performed in its original French language. There might even be a royal visitor in town for one of the performances, after the WNO’s patron Charles, Prince of Wales, popped along to catch the first two.

“It’s a great privilege to perform for him,” says Angharad. “He’s our patron and very supportive, but of course, we try to perform as well as we can for every performance.”

Finally, when the WNO season is all wrapped up, she can look forward to a celebratory concert in the Brangwyn Hall with none other than operatic heavyweight Sir Bryn Terfel, who last sung in the city during the BBC Proms in the Park in 2014.

“I’ll be joining Dunvant Male Choir for their 125th anniversary concert at the Brangwyn Hall. The soloists are Sir Bryn Terfel and myself, and I’m very excited to be sharing the stage with everyone involved, and also helping the choir celebrate the fantastic milestone.”

* Dunvant Male Choir’s 125th anniversary concert will be at the Brangwyn Hall, Swansea, on Saturday, July 11. 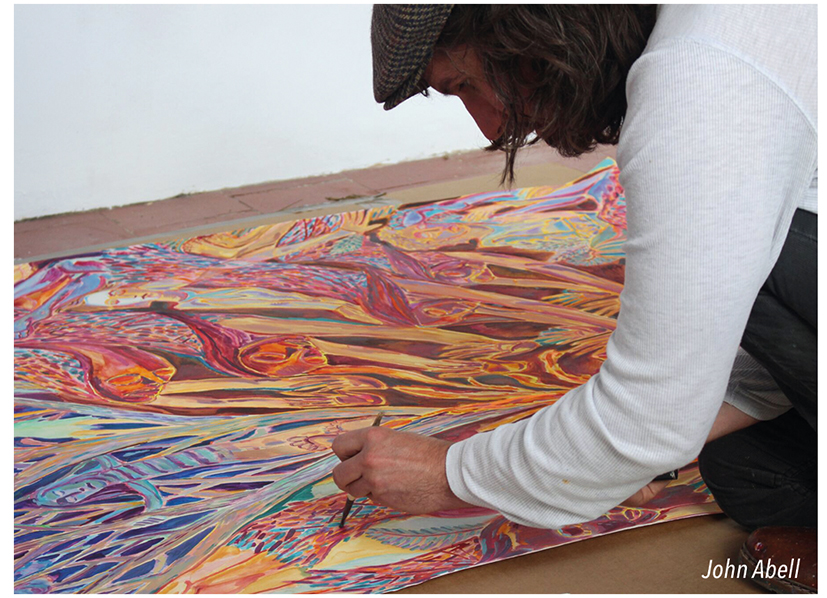 A new exhibition marking the 180th anniversary of the Rebecca Riots is on now at Newton House in Llandeilo. Titled “Becca and her Children” by Welsh artist John Abell, it represents the riots which took place in Mid and West Wales between 1839 – 1843. Running until April 26, the exhibition presents a series of new paintings, linocuts and etchings made by the artist during his three-week residency at Dinefwr.

Ahead of the opening, John said: “This will be my most ambitious show to date – a large and diverse body of work in an amazing historic location, which means a lot to me.

I made the work in Newton House and Home Farm, where I stayed during my residency in September. The rioters burnt stacks of wheat from Home Farm, and that event was used as subject matter for the Fire in the Night paintings. Visitors to the exhibition can expect an ambitious show of contemporary painting and print in the amazing Newton House, in the stunning grounds of Dinefwr.”