The brightly lit Greek restaurant caught my eye as the traffic crawled along the Kingsway on a wet Swansea evening, and I made a mental note to pop in next time we were eating out. Just a few days later, on yet another wet and cold evening, we finished work and had nothing in the fridge for dinner – it didn’t take me long to remember The Greek Acropolis.

The weather outside may have been cold and wet, but the welcome we received was as warm as the Mediterranean Sea on a summer’s day. Our coats were taken and we were soon snuggled into our seats next to the radiator. Wine and beers were ordered and menus brought before you could say Yammas.

When travelling abroad, it is said that the sign of a good restaurant is to find lots of locals eating there. Well the same thing applies to eating out at home – and The Acropolis was full with Greek families, parents, teenagers and children all tucking in to traditional dishes.

My favourite part of a meal is always the starters. I would be perfectly happy to sit and graze on what is now known as ‘small plates’ in some restaurants. So, the number of starters we ordered may sound excessive – but actually proved to be just the right amount.

Feta and spinach are in my opinion, a match made in heaven. Add to that a crispy layer of filo pastry and you’ve pretty much got food for the gods. Even my vegetable-hating husband was fighting me for these delicate little parcels. If I only went back to The Acropolis for one thing, it would be these.

Crispy, deep fried calamari, mussels saganaki – a sort of herby, tomatoey sauce enriched with a good crumbling of feta cheese, and a bowl of humus accompanied by a basket of bread more than satisfied my appetite.

All the main courses that you’d expect to see on a Greek menu are present and correct, moussaka, souvlaki, stifado, Kokkinisto along with pizzas, burgers and steaks.

We are rarely tempted by the dessert menu – we don’t have a sweet tooth or should that be sweet teeth, and have usually indulged too much on the starters and mains to have any room for more, but I still managed a bite or two of the complimentary orange cake that was offered. It was a bit like an orange version of a lemon drizzle cake – beautifully light and very moist.

It’s great to see a Greek restaurant added to the many cuisines available in our city. I hope that its position on The Kingsway will make it an ideal destination for the many students who will be making their homes in the newly built accommodation opposite. They will certainly be made to feel very welcome, and the home-style food is sure to keep anyone feeling home-sick happy.

You can place your order online for home delivery at www.thegreekacropolis.com or by calling the number below. 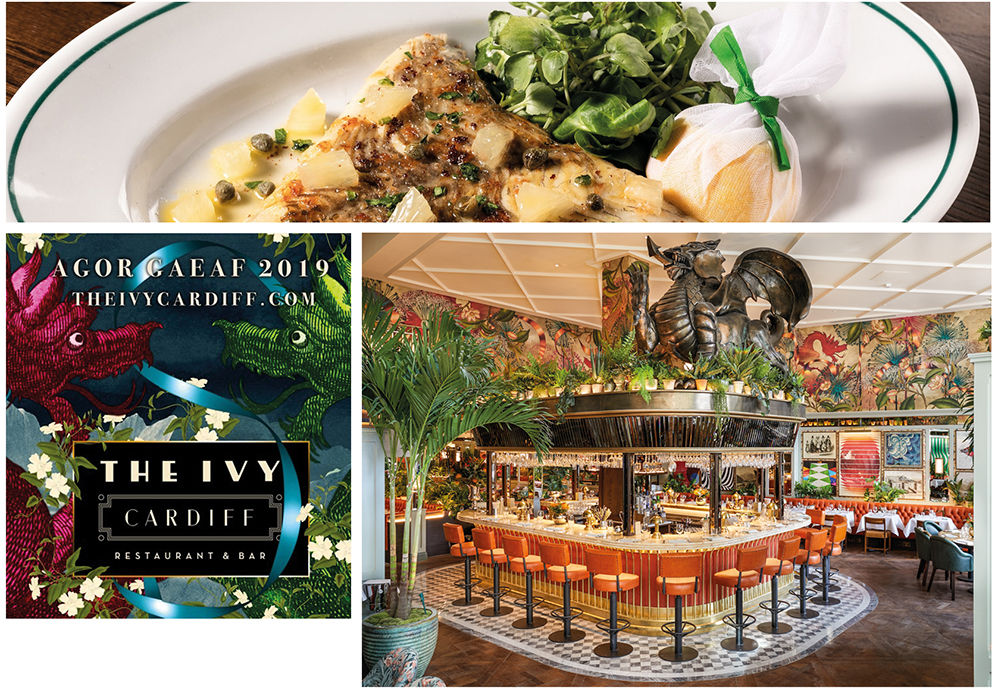 Birthdays are to be celebrated, and as my lovely designer, husband has his so close to Christmas, I like to make it a special occasion. So, this year I took him Christmas shopping – in Cardiff. Yes, that was a bit tongue in cheek as shopping is not high on his list of ‘things I love to do’. As luck would have it we managed to get a table for a late lunch, early supper at the newly opened Ivy restaurant, before getting the train home.

From the moment you step through the front doors, you know that The Ivy is special. The décor is anything but understated – the theme is botanically flamboyant with fabulously over the top wallpapers and ormolu. We were greeted at the door and swiftly shown to our table, right by the window – the prime position to see and be seen. The Ivy is all about theatre and experience – the Covent Garden branch in West Street celebrated its 100th anniversary in 2017 – so they certainly know how to put on a show.

The Ivy Cardiff bills itself as all day casual dining with the cuisine being British brasserie – well if this is them being casual I wonder what they consider ‘pushing the boat out’? Although the menu does on the face of it look pretty casual with things like shepherds’ pie and roast chicken – it’s when you actually get to taste them that you realise they are anything but mundane. This is seriously good food.

We were limited in what we could try from the menu between the two of us, but if the lobster risotto, scallops, roasted chicken with smoked aubergine puree, tomato, pepper and Moroccan sauce, and the chicken Milanese are anything to go by, you can probably be assured that the chefs in the kitchen are not going to disappoint, whatever you order. Add into the mix the exemplary service, fabulous china and of course my bête noir the cutlery – beautifully balanced and highly polished – and you can see that I was very happy.

The Ivy Cardiff is a great addition to our capital city – and I wonder what it would take to get them to venture further west and add Swansea to their ever-increasing collection. Since the sad demise of La Parilla last month there is a very fine location in Oyster Wharf that has become available. 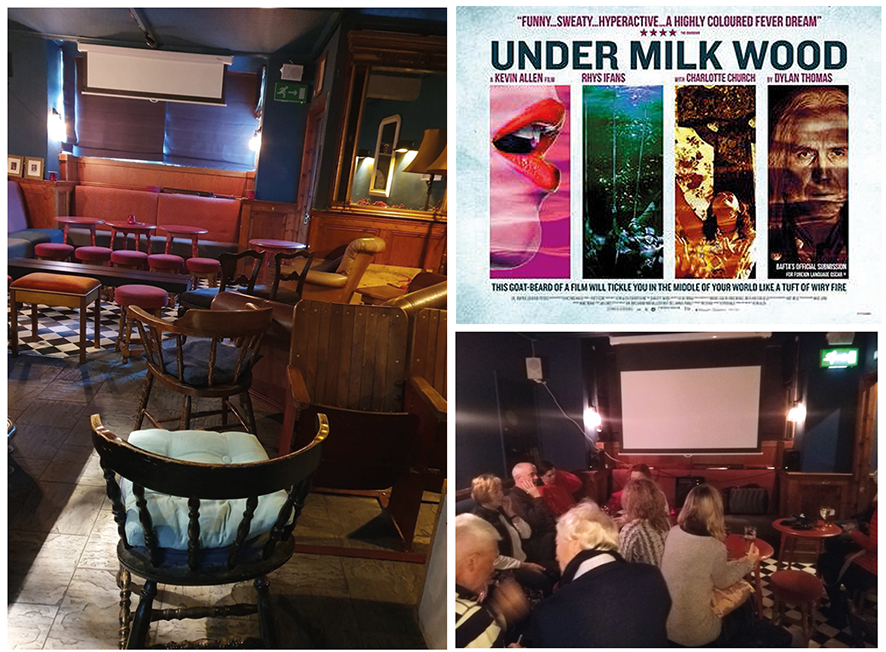 Tucked away in the heart of Mumbles in Westbourne Place is the pub once known as The Victoria Inn. About a year ago this pub underwent a complete trans-formation and is now a vibrant pub and music venue and the home to The Mumbles Ale House. Last month I went along to its first cinema night, to see a showing of Dylan Thomas’ Under Milk Wood which starred Rhys Ifans and Charlotte Church, directed by Kevin Allen. It was a packed house – with people sitting not just on chairs and sofas but perched on tables, later tucking into bowls of homemade cawl and chatting about the film.

The Mumble Ale House really is at the heart of the community – just as a real pub should be. Look out for future events such as pop-up kitchens, music nights and more films by following their Facebook page for updates.