CHARLES STARTS OFF THE YEAR WITH AN ARTICLE WHICH FEATURES TWO ARTISTS, AN EQUIVOCATION OF POLITICIANS, AN ACTOR AND A FERRY THAT ARE ALL CONNECTED IN SOME WAY.

There is an exhibition at the Glynn Vivian entitled Swansea Stories, which celebrates 50 years since Swansea was made a city. Both paintings mentioned in this article can be found in this exhibition which runs until March. 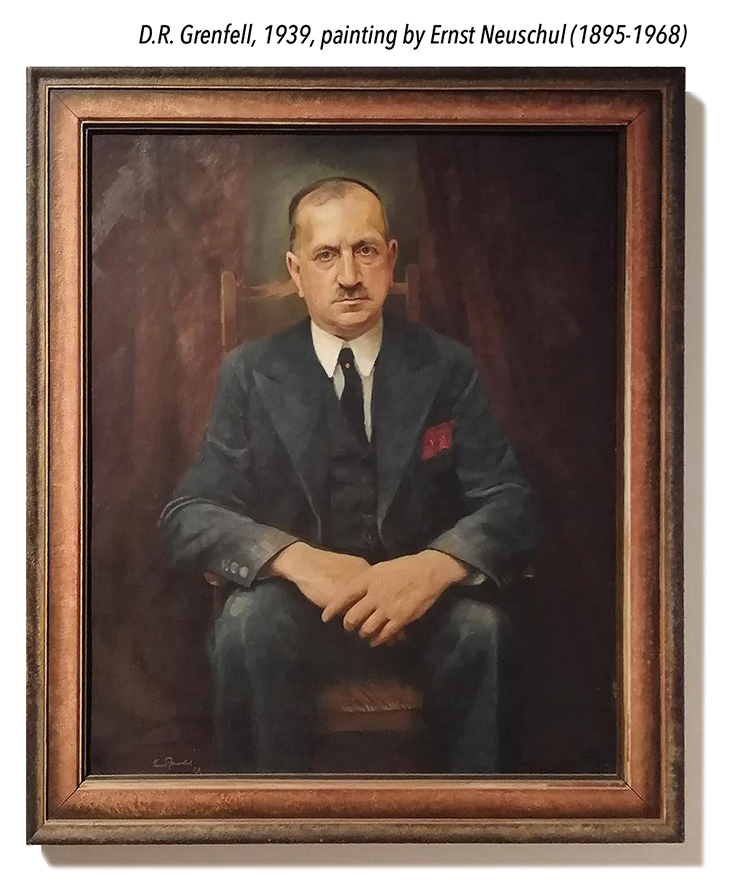 The first artist is Ernst Neuschul, who painted David Rhys Grenfell who sat for him in this painting, titled simply D. R. Grenfell, 1939 (above). The painting was painted in gratitude for what David Grenfell had done for him. Czech born Neuschul, a German Expressionism artist, was, at the outbreak of the Second World War, a Professor of Fine Arts at Berlin’s Academy of Fine Arts. He was placed on the Black List compiled by the Nazis. It was through his friend David Grenfell that the Neuschul family were able to escape on the last train to leave Czechoslovakia bound for the UK. Initially, once here in the UK, the family lived in Mumbles, residing at Brooklyn Terrace.  Peter Neuschul, the son attended the local school at Oystermouth.

David Rhys Grenfell, one of the Equivocation of Politicians was a Labour Member of Parliament repre-senting the Gower constituency from 1922 to 1959. One title he held which is significant to this article is the Father of the House, from 8th October 1952 to 8th October 1959. The title is bestowed to the senior member of the House of Commons, who has had the longest continuous service. The first Father was Sir John Fagg in 1701. The incumbent holder is Sir Peter Bottomley. Other Fathers with local and Welsh connections have been Christopher Rice Mansel Talbot from 1874 to 1890, Alan Williams from 2005 to 2010. He was one of the principal individuals, who were involved with Swansea obtaining city status. David Lloyd George was a Father from 1929 to 1945.

“The Elephant Man”, is an historical drama set during the Victorian period, and tells the story of the severely deformed Joseph Merrick. Dr. Frederick Treves befriended Joseph. Various locations around London were used during filming, and the P.S. Wingfield Castle ferry was used, being disguised as an 1824 cross channel packet steamer. 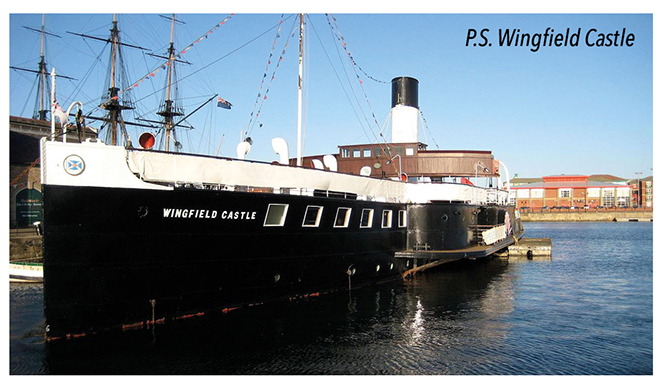 The P.S. Wingfield Castle was built in 1934 for the London and Northern Railway Company. Operating between the ports Hull and New Holland situated on the opposite side of the Humber. During the Second World War, P.S. Wingfield Castle was used to ferry troops and supplies along the River Humber. Once hostilities ceased, P.S. Wingfield Castle continued work as a ferry until 1974 when it was withdrawn from service. It was sold and languished in the King George V Docks in London. It was whilst here it was used as a location for “The Elephant Man”. Afterwards it was left neglected and subject to vandalism, before being bought in 1982 by hospitality company Whitebread, with the intention of it being used as a floating public house located in the Swansea Marina. However, there was a problem! P.S. Wingfield Castle was too wide to pass through the dock gates, so, for the next four years it remained moored in the marina. 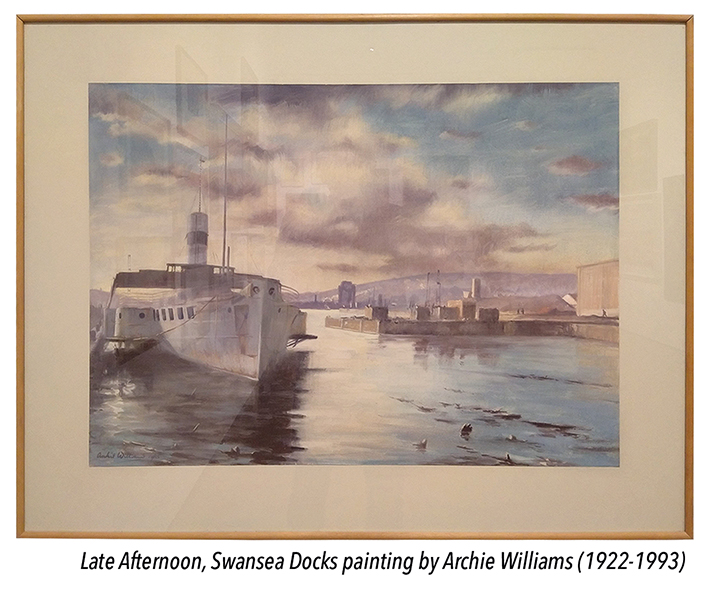 The second artist in this article is the late local artist and art teacher, Archie Williams (father of Bay designer Simon) who in his piece titled Late afternoon, Swansea Docks, encapsulating the P.S. Wingfield Castle.

To conclude, the P.S. Wingfield Castle finally did leave Swansea and is now a Museum ship at Jackson Dock, Hartlepool.