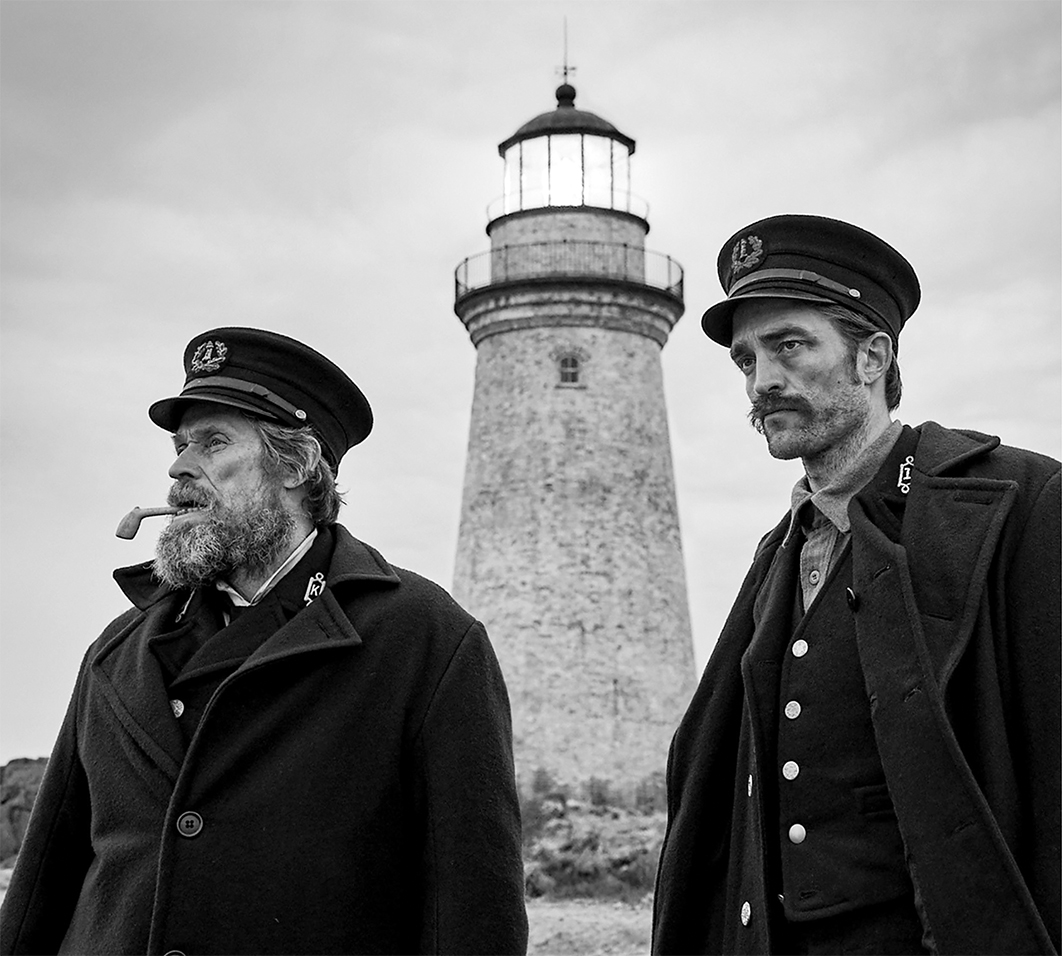 Emlyn’s choice of film for February is probably not everyone’s cup of tea and has a cast of just three actors; two lighthouse keepers and a mermaid. The Lighthouse will be showing in Taliesin on 17 March 2020.

Robert Eggers made one of the best horror films of recent years with The Witch, his oppressive period piece about an isolated family who’ve come to America to make a new life and end up being terrorised by the witch living in the nearby woods. The Lighthouse starts from a fairly similar premise, with two lighthouse-keepers stranded on a rock in the middle of the sea, but what they’re being terrorised by is much more oblique. It’s a bizarre hallucinatory mood piece that’s less overtly horrifying than The Witch and is frequently very funny, and as weird as it gets – and it gets incredibly weird – it’s enormously entertaining if you’re on the right wavelength.

We follow older career lighthouse-keeper Thomas Wake (Willem Dafoe), a crusty, beardy old sea-captain type, and Ephraim Winslow (Robert Pattinson), a young apprentice “wickie” who’s only contracted for four weeks. They clash almost immediately, with Thomas giving Ephraim the grunt work while he jealously tends the light himself, and as time stretches on and their isolation becomes more acute, madness starts to set in and leaves both them and us questioning what’s real.

But describing the plot feels almost beside the point. This is a fever dream that runs largely on nightmare logic – is that seagull taunting Ephraim or is his time on the island just getting to him? Is there actually a mermaid out in the shallows? And just what exactly is Thomas doing up with the light night after night? The movie plays with time and our perceptions, leaving everyone in constant doubt about what’s really going on. It could easily just be two men going slowly insane, and it could just as easily be some-thing much stranger and more mysterious.

You can definitely class it as a horror – that seagull is a jerk at the very least, and there are distinct Lovecraftian overtones even before Ephraim starts seeing tentacles. But it’s also a terrifically entertaining chamber piece with two actors at the absolute top of their game and totally willing to embrace the mad-ness and absurdism of it all. Thomas’ needlessly abrasive, antagonistic behaviour towards Ephraim is hilarious, as is Ephraim’s understandable exasperation.

Their increasingly drunken stupor is like the best/worst stag do imaginable, and their arguments are a sight to behold. When Ephraim tells Thomas he doesn’t like his cooking, Dafoe gets a monologue for the ages as he calls down Neptune’s wrath on his ungrateful protégé, haranguing him for a solid 90 seconds and seemingly without blinking the whole time. It’s glorious.

It’s a gorgeous looking and sounding movie as well. The tight, almost square aspect ratio handily reinforces the two characters’ claustro-phobic surroundings and emphasises how cut off from civilisation they are, while the haunting sound design underscores the more horrific elements. 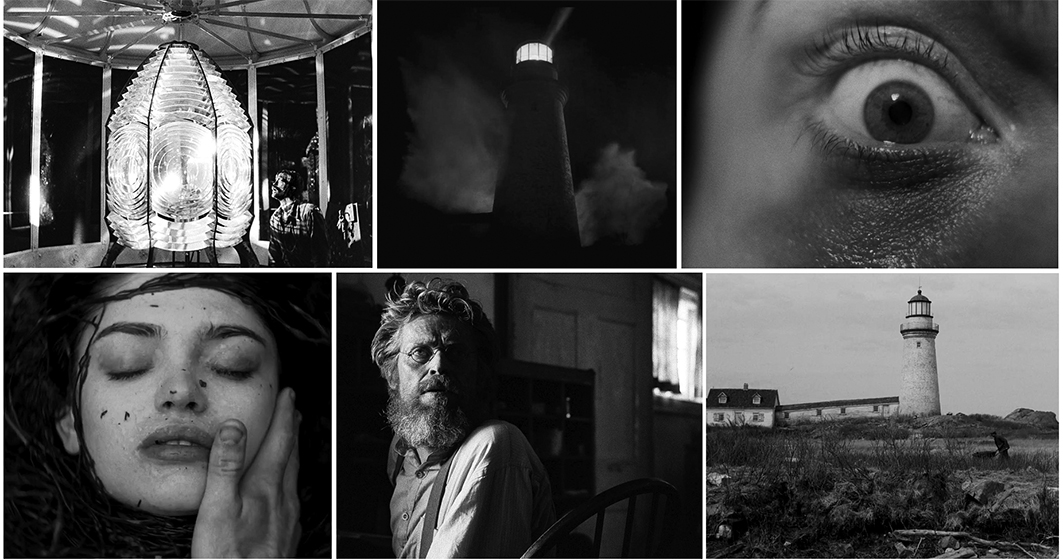 Some viewers may want subtitles and perhaps a dictionary to get to grips with the period dialogue, but it rings wholly true – a testament to Eggers’ research – and the actors are having a ball with it.

The detail of the lighthouse itself and its attached cottage is exquisite and complemented by the moody, shadowy black-and-white cinematography, together creating a world so viscerally grim you feel you could reach through the screen and run a finger through the salt and grime.

Will The Lighthouse be for everyone? Probably not. Like an oyster, its slimy, salty strangeness definitely seems like an acquired taste, but everyone should give it a try all the same.

Movies this weird don’t come around all that often and we should celebrate when they do, the undeniable result of a singular creative vision. It’s scary, sure, but it’s so much fun – and we could all use more movies with Willem Dafoe as an insane old sea dog so wedded to his life he practically has barnacles growing on him.