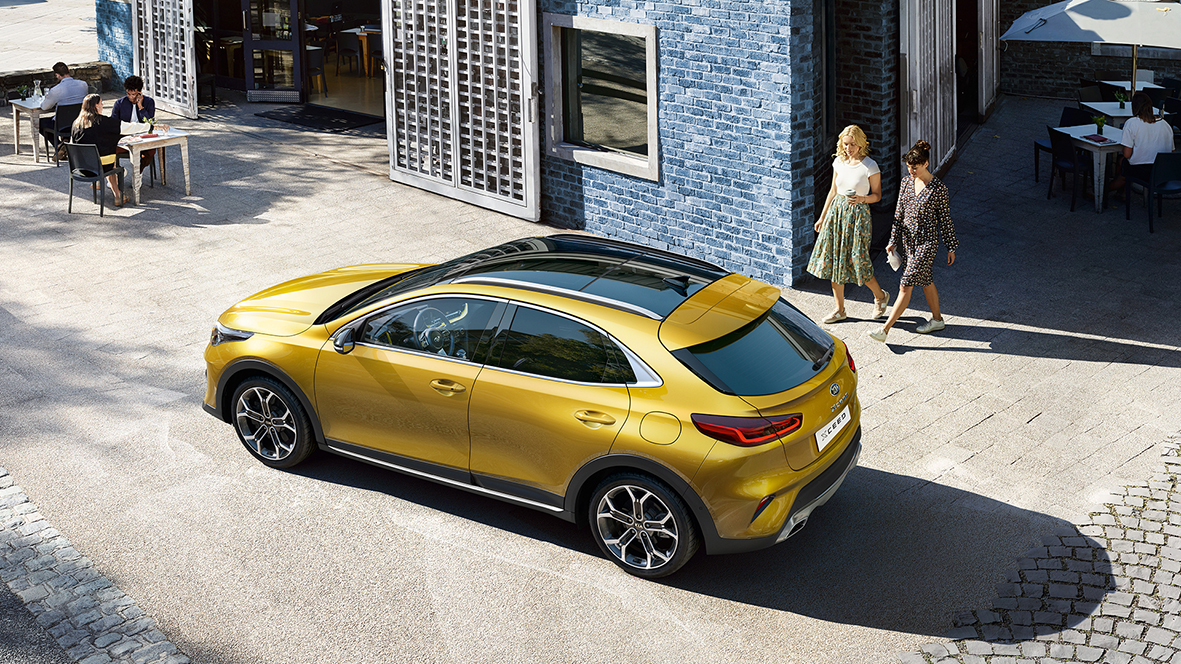 I’m not sure I should admit this: until last week I didn’t know what a CUV was.

An MPV, that’s easy: Multi-purpose Vehicle. Or a people carrier as they were also known. Note the past tense, MPVs were once very much the thing, and they’re still brilliant if you need to transport a lot of people or a large family around. But the fashion police have said they’re now so very last year, Dah-ling – It might even be the year before that. They can be too cruel sometimes.

Then there’s the SUV: The Sports Utility vehicle. I can see three from where I’m sitting right now. They’re everywhere, and especially-so in suburbia. All jacked-up with their chunky bumpers and their faux-by-four looks. Most never stray off the tarmac,but still, they’re definitely the current motoring must-have. But for how long?

So, what then is the CUV and where exactly does it fit in amongst the ever-growing list of automotive acronyms?  Well… the CUV, according to KIA – whom for all I seem to know may well have invent-ed such things – is the Crossover Utility Vehicle. Think Qashqai perhaps, and also Nissan Juke and Toyota C-HR. Or maybe even Tucson – from sister brand Hyundai. Didn’t we used to call them cross-overs? And before that, weren’t they called Soft-Roaders?

And just when you thought you’d worked it all out, and as if to further muddy the motoring water, Kia go on to say their all new XCeed is an urban CUV. So that’s Urban Crossover Utility Vehicle… OK… All sounds very niche, if you ask me. 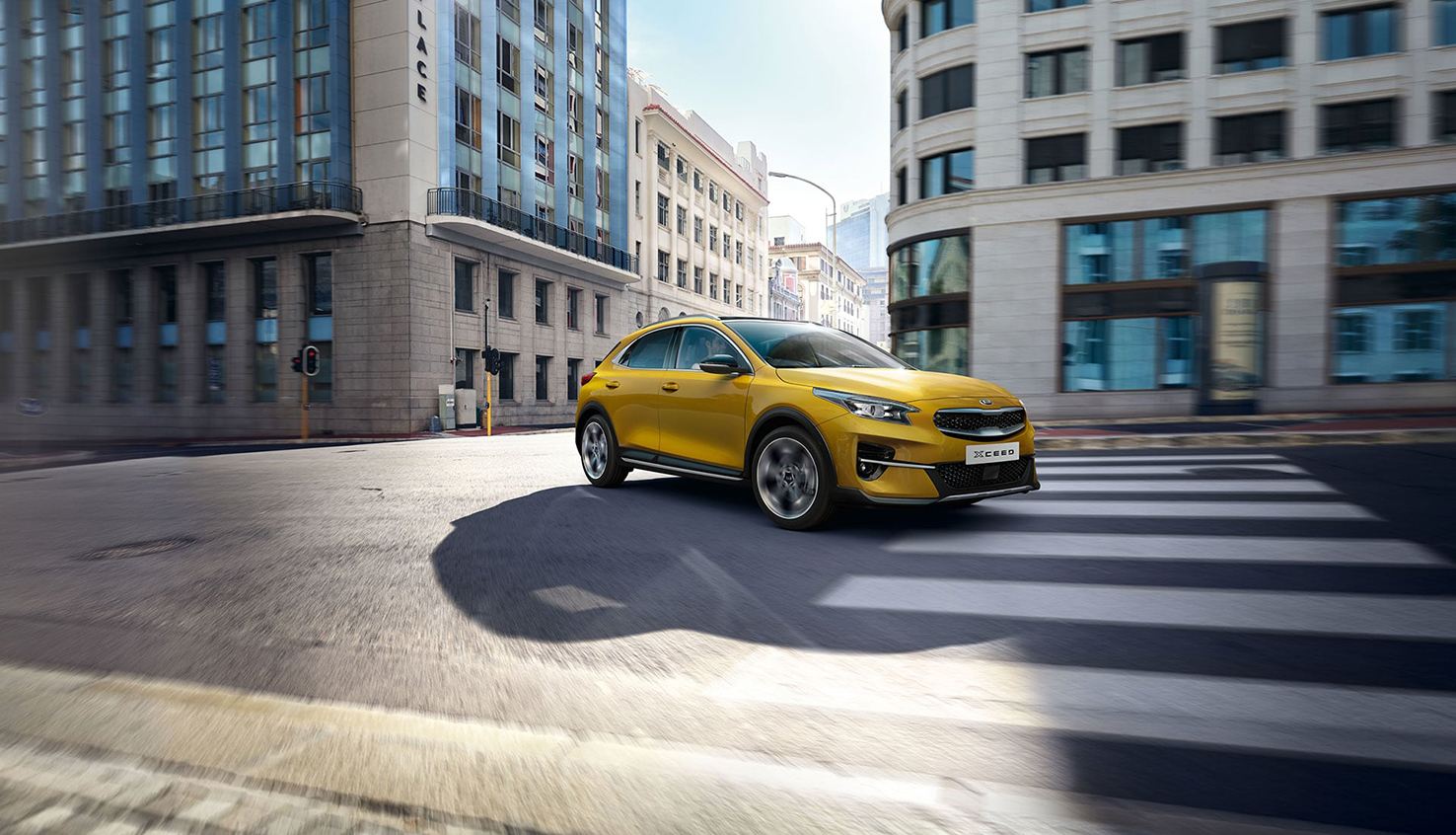 On first impressions you could be forgiven for thinking the Kia XCeed is little more than a marketing exercise; just one of their Ceed hatchbacks with a suspension lift and some extra, rufty-tufty, body-cladding. After all, other manufactur-ers (I’ll mention no names, but aim your focus at the Active version of a certain family favourite) have done such things before – but, you’d be wrong.

The XCeed is longer than a Ceed hatchback thanks to an extended wheelbase, and thus offers a bigger boot. And it’s taller too, clearly. In fact, its raised ride height gives between 172mm and 184mm of ground clearance – it depends on whether your budget runs to 17 or 18 inch wheels. The only thing it actually shares bodywork-wise with the hatch, are the door skins, everything else, higher bonnet, coupe-esque bootlid, wings, roof, etc. is new. And you have to admit that new metalwork, especially when accompanied with the LED headlamps, is pretty stylish too. 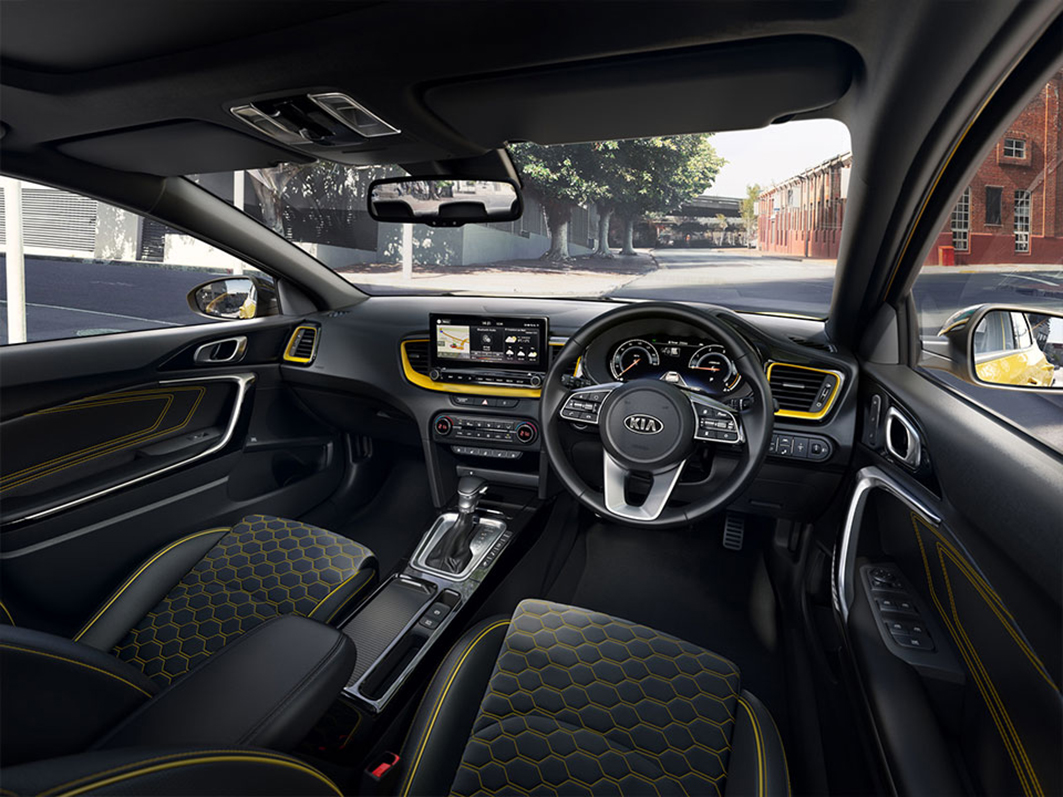 Inside things are a little more familiar as a result of the XCeed benefiting from being kitted out with all of the fixtures and fittings from the Ceed. It’s not perhaps the most inspiring of driver environments – it’s all a bit dark and sensible – but you’ve got to hand it to Kia, they have placed everything so it all falls incredibly easily to hand. The dashboard dials are beautifully clear, so too is the new touchscreen which at 10.25 inches sits atop the dash and allows for a fully customisable interface with up to three panels of information side by side. In addition you can connect two smart-phones via Bluetooth, and you get a seven-year subscription to Kia’s connected services – all of which, presumably, can be enjoyed from the XCeed’s superbly comfy seats. Usually I just turn the DAB on and then select the map setting on the sat-nav, and that’s me done.

But, will you feel as connected when it comes to actually driving the XCeed?

Kia have focused on comfort rather than any kind of overly sporty dynamics – and currently there are no plans for an XCeed GTi or such-like. But that’s not to say the XCeed feels in anyway particularly dull. You do have to work the 1.6 diesel a little if you require any kind brisk progress, and it can get a little vocal in the process. But for the most-part the 1.6CRDi 3 XCeed we sampled offered more than enough oomph for day-to-day duties and delivered mid to high 50s mpg whilst doing so. So, there are certainly no complaints here. 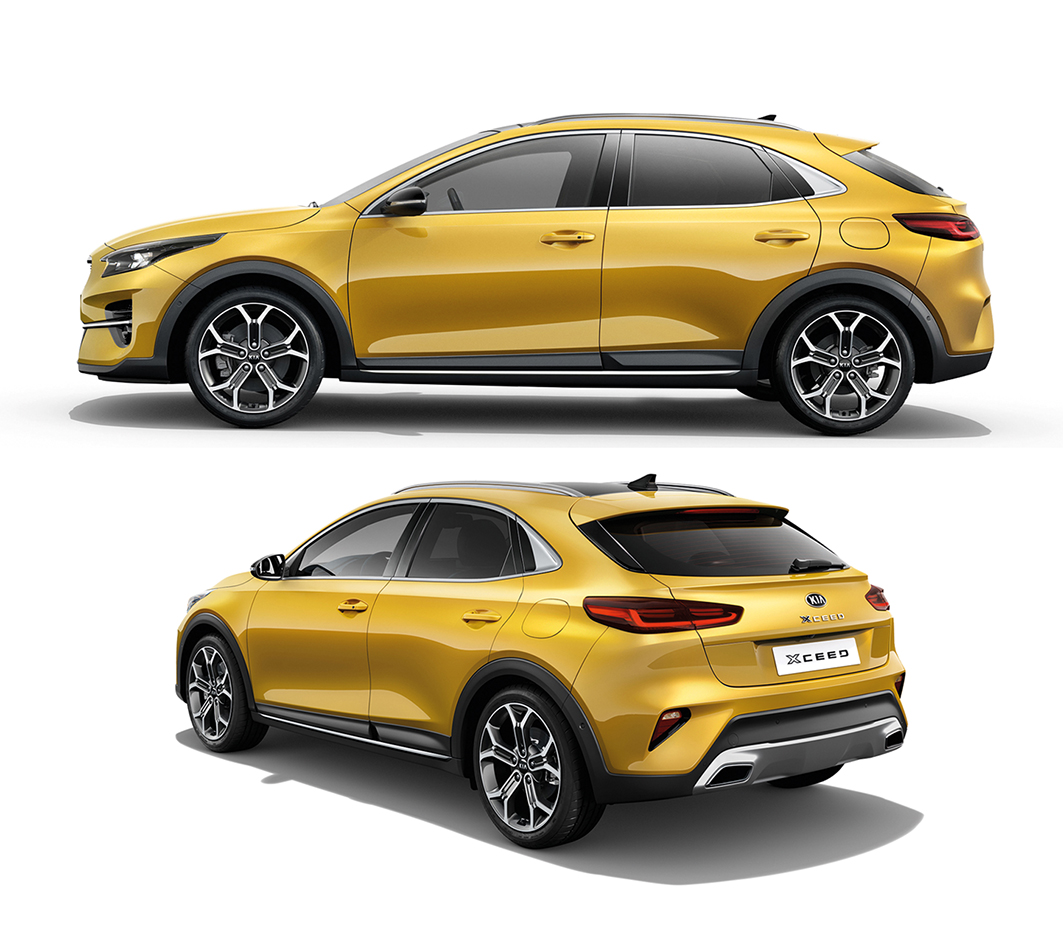 Neither does it resort to any kind of excessive SUV like body-roll, when faced with a series of S-bends. The steering might not be the most commutative of systems but, it is accurate, thus allow-ing you to flow through the corners. Push a little harder and gentle understeer eventually stops play – just as it does in many a front wheel-drive hatch – but not as much as it does in a SUV.

And that funnily enough, sums-up the XCeed. It’s not as rugged feeling as an SUV and yet it feels – despite not offering any kind of four-wheel drive system at all – at least a little more outdoorsy than your standard common-or-garden hatchback. You do have to pay a little extra, but some-how you feel you’ve gained a little extra in the bargain – not to mention Kia’s 7-year warranty.

If urban crossover utility vehicles are your thing, then XCeed should fit your bill very nicely indeed.