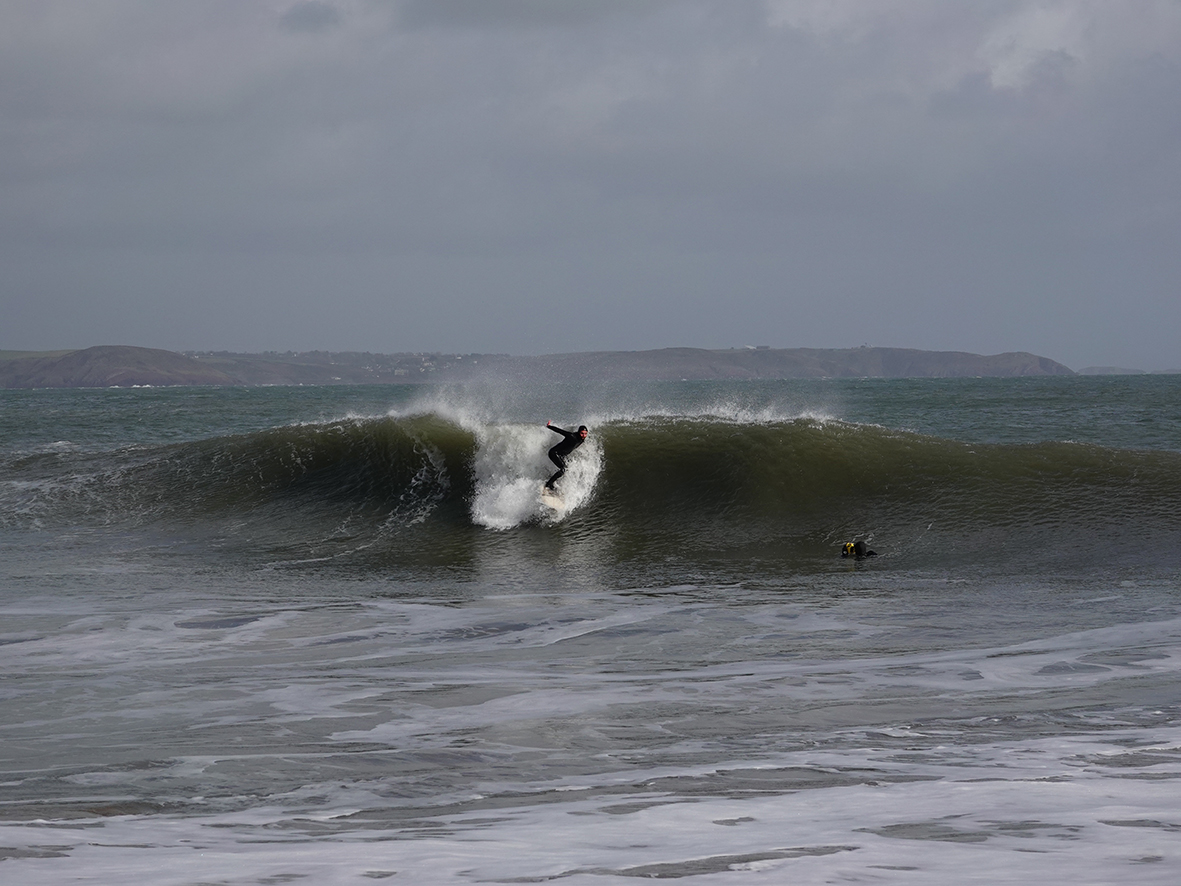 When it all comes together. Surfer Nick Rees. Pic by Guts

There are two ways to take surf shots during the winter months in Wales.

The first is standing on the beach for a couple of hours, with some fairly expensive camera kit and a long old lens, wrapped up to the nines trying to stay warm in freezing wind, waiting for something to happen.

It’s a bit like fishing. Lots of waiting around, interspersed by short moments of excitement when someone actually catches a good wave. There is plenty of skill, timing and patience needed to capture the perfect shot, in focus and at just the right point during the surfer’s ride and sometimes you’re luckier than others. 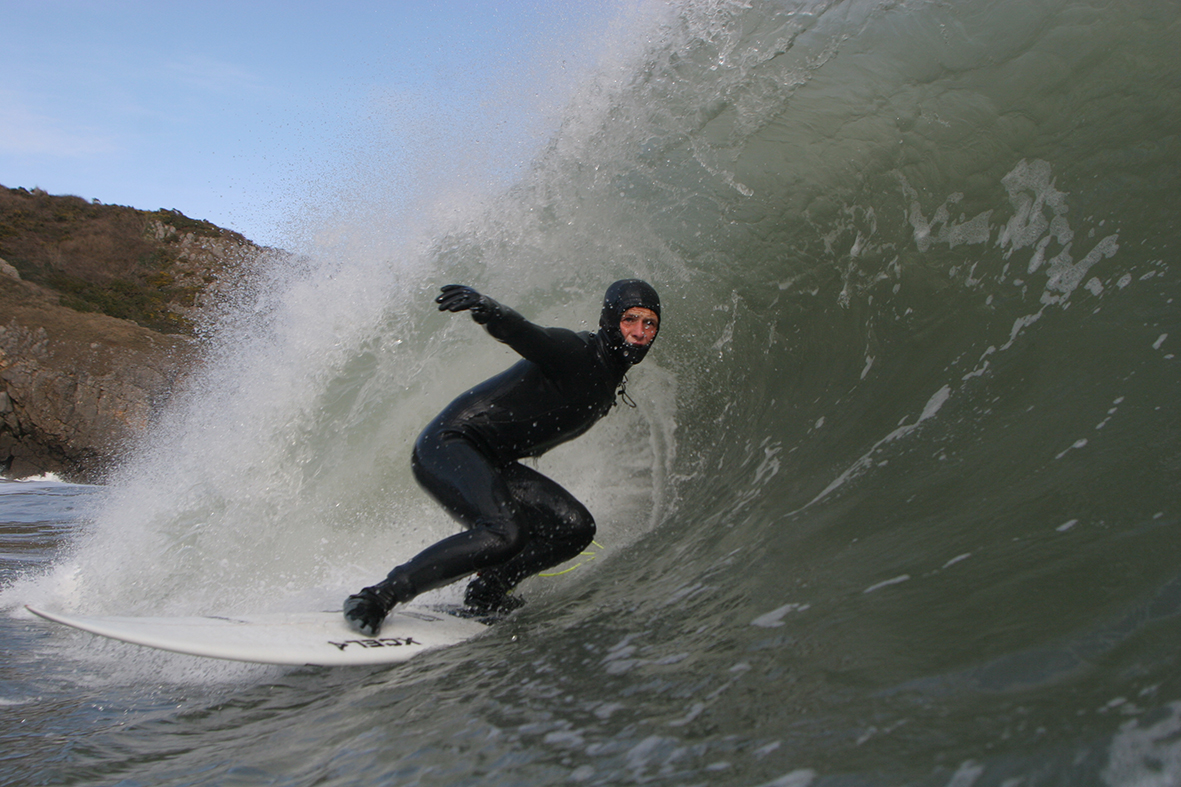 Pat Dark up close and personal with both the wave and the photographer. Pic by Paul Gill

The second way is to get yourself suited from head to foot in rubber, grab your very expensive water camera and throw yourself directly into the freezing cold water, and swim out through the pounding waves ‘til you reach the edge of the surf line. 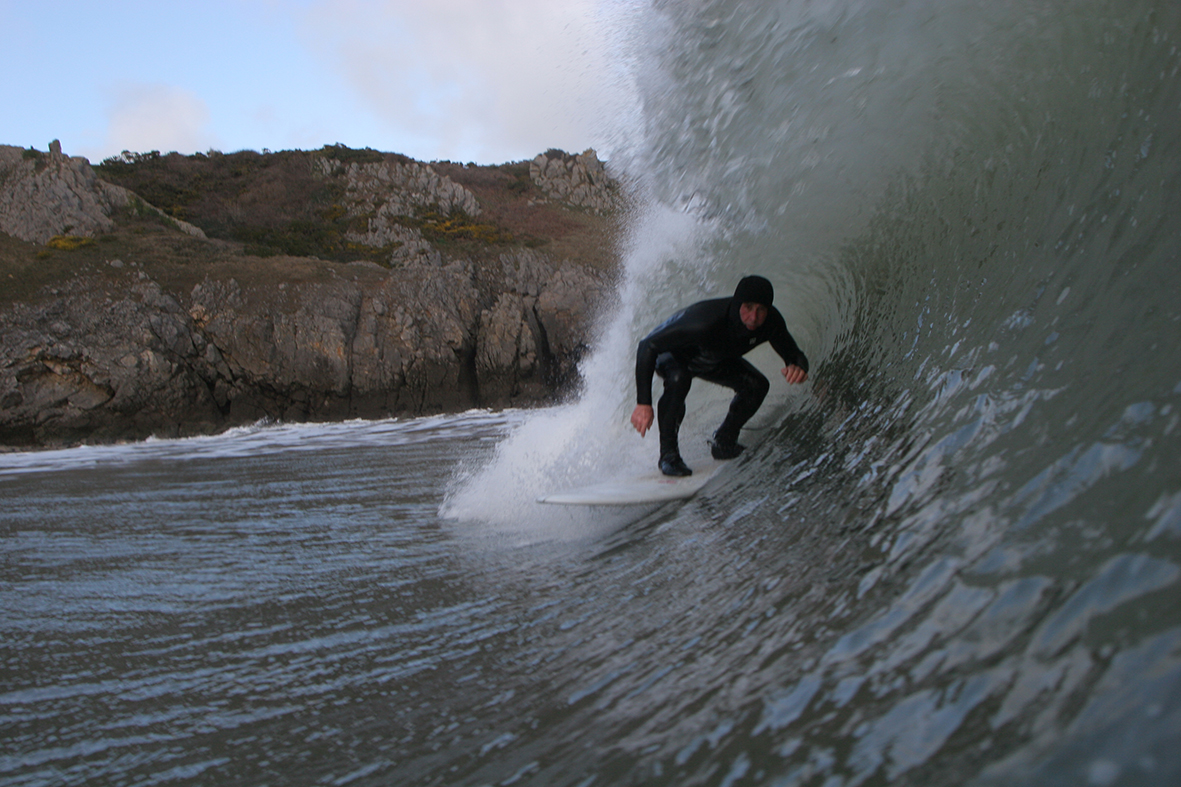 Water shots really get you involved with the action. Guts getting slotted! Paul Gill getting the shot.

Once you’ve negotiated this initial stage, you would think it would be just a matter of bobbing about and taking a few snaps.

Well, this couldn’t be further from the truth. You have to fight to keep yourself in position, whilst taking a constant thumping from the biggest set waves that also force you to hold your breath, as you get pushed underwater by the sheer weight of them. 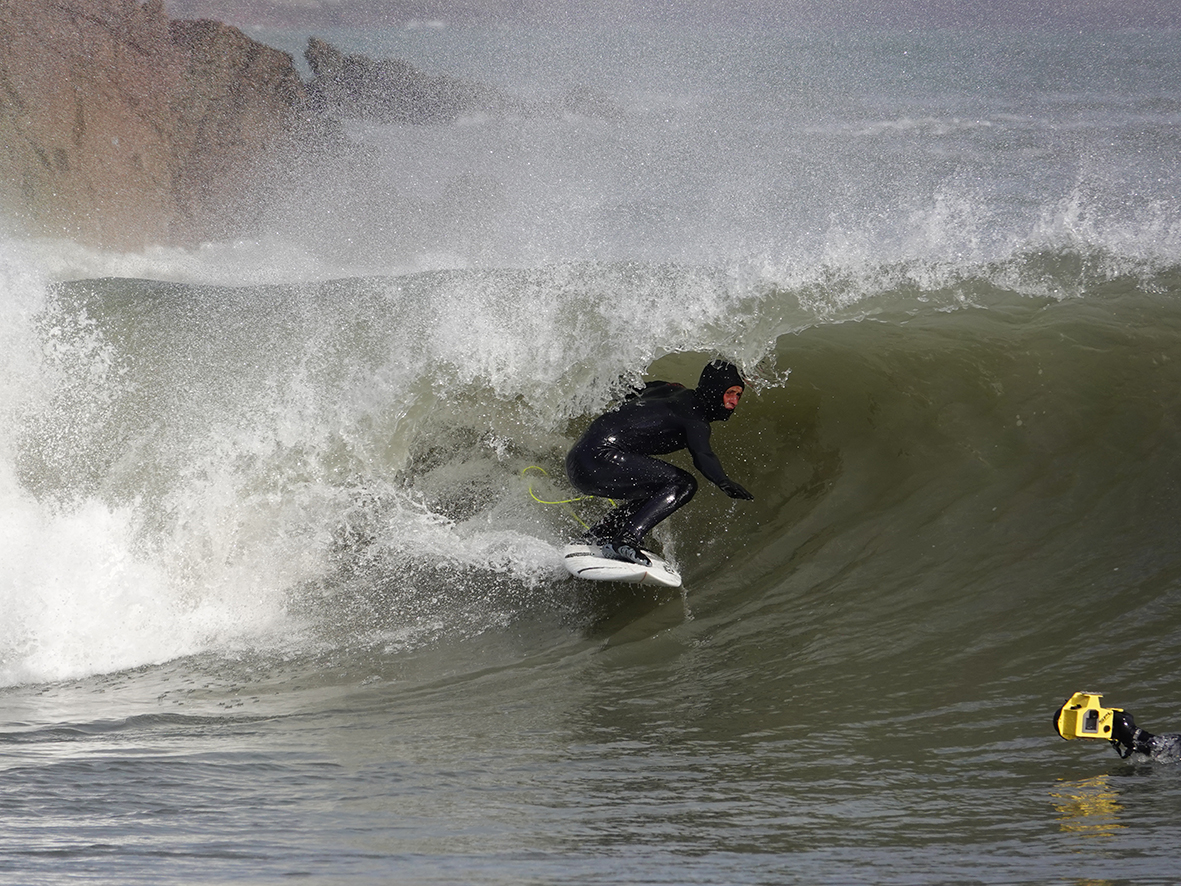 Land shot perspective of Pat and Paul, getting the shot! Pic by Guts 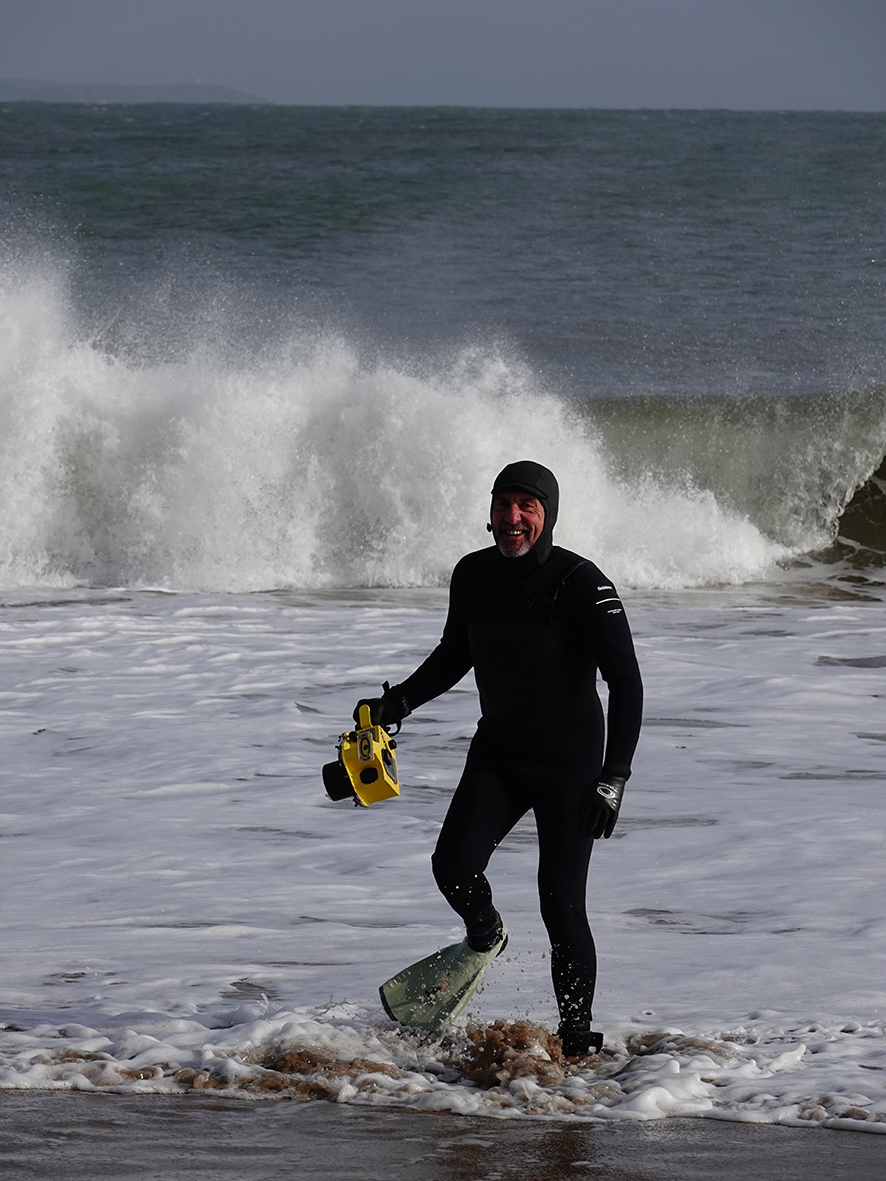 Now in the middle of this water torture, with your heart racing from all the exertion, you have to tread water and take a shot of someone speeding towards you on a sharp pointy surfboard, and then just before they impact you, slide out of the way, a bit like a matador dodging a charging bull.

The upside of all this effort though, is that if they manage to get the shot, it’s usually a fantastic one.

And one that you can never see or capture in the same way from land.

Water photographers are a bonkers breed who deserve all the praise they get for putting themselves through the wringer for our viewing pleasure.