Like a lot of people, when times get tough, I turn to the arts.

I wander for hours around the Glynn Vivian Art Gallery, watch whatever happens to be on at Swansea Grand Theatre, or read one of the many novels which seem to multiply overnight on my bedside table. Nothing soothes the soul, distracts the mind, or removes us from the daily grind like some quality time spent in the company of a grand opera, an artistic masterpiece, a hard-hitting drama or a Shakespearean comedy.

This current crisis, however, is very different. This time, for the first time in most of our lives, we can’t visit a gallery, a theatre, or book shop. This time, it is not the arts coming to our aid, rather it’s the other way around – the arts need our support, and without it the cultural landscape could look very different very soon.

I think I first realised how bad things were getting when I received an email from the Grand Pavilion in Porthcawl a few days after lockdown began. I had tickets for a show which was, unsurprisingly, forced to postpone, and they explained that, while I was fully entitled to a refund, if every customer asked for their money back it could cause some serious problems for the historical venue.

It was a similar scenario for venues across the land.

Doors were locked, lights were dimmed, and as I write these words the Wales Millennium Centre in Cardiff Bay has announced that it will not be opening again until 2021. That means no big Christmas show, no WNO autumn season, and no orchestra playing carols in the BBC Hoddinott Hall. Worst of all, it means an uncertain future for its hundreds of passionate employees who have no idea if or when they’ll return to work.

And they are not alone. I have many friends, colleagues and acquaintances who are facing an anxious wait right now – the writers, performers, producers, managers, promoters, curators, designers, musicians, artists, front-of-house and backstage staff who all have fingers crossed for some good news sooner rather than later.

While it’s impossible to predict when we’ll be able to flock back to the auditoriums, galleries and concert halls, I think it’s safe to predict that the creative community in Swansea and the surrounding areas which have given us so much over the years can depend on our full backing when it’s safe for us to repay the favour.

When it comes to finding positives in the current circumstances, there have been an outpouring of fantastic FREE content made available online to tide us over. I’ve listed a few of my personal favourites below, and if you enjoy them many of the companies are also operating a donation service for anyone wishing to chip in and help out.

Sometimes, the best place to look is also the most obvious. While there have been some wonderful free shows from the likes of the National Theatre streamed over the past few months, such as a suitably atmospheric production of Frankenstein starring Benedict Cumberbatch and Jonny Lee Miller, these tend to be short-lived screenings which are difficult to list in a monthly publication. 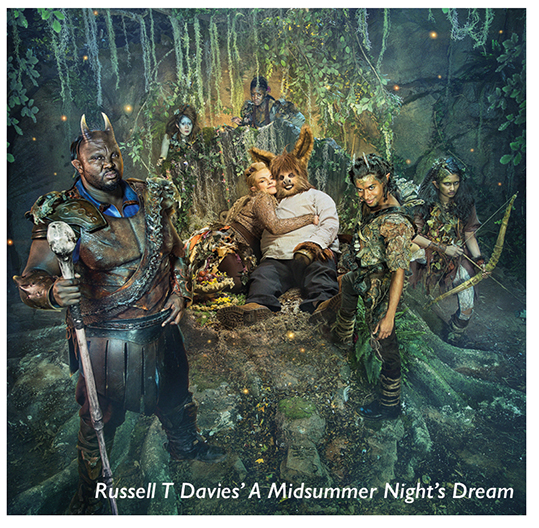 BBC iPlayer, however, has a large collection of arts-based “Culture in Quarantine” shows which are available for up to a year in some cases, the highlight of which is a wide range of high-quality Shakespearean offerings. They have many of the bard’s most well-known works readily available from the likes of the Globe and The Royal Shakespeare Company, and there’s also another chance to catch A Midsummer Night’s Dream from our very own Russell T Davies, who put his stamp on a very glossy production of the fairy-filled favourite in 2016.

Meanwhile, some of our local theatre groups are also making exclusive made-in-Wales content available online, such as the always-excellent Fluellen Theatre Company and Lighthouse Theatre, both of which can be easily tracked down on social media.

Cardiff’s Sherman Theatre, meanwhile, is streaming Mum & Dad until June 30, a play by Gary Owen starring Lynn Hunter and Michael Sheen who, incidentally, can also be seen alongside David Tennant on BBC iPlayer in Staged, in which the two act

ors attempt to rehearse a West End play remotely during lockdown. It’s short and sweet – only 15 minutes per episode – and utilises the same cringe-inducing comedy in which actors play fictionalised versions of themselves made famous by shows like Curb Your Enthusiasm and The Trip, starring fellow Port Talbot funny man Rob Brydon and Steve Coogan and which, incidentally again, also has a highly recommended new series available to watch now from Sky.

At the end of April, Museum Hack published an article entitled “People Don’t Want Virtual Museum Tours” in which they used Google Trends to suggest that – you guessed it – people don’t want virtual museum tours. There was an initial boom in interest from people searching for virtual tours at the start of the lockdown, but this trend lasted all of four days before people got bored of “walking” around empty corridors.

For me, the problem with this virtual approach is that, much like using Google Maps to plan a route, they are great for having a look around a museum before visiting, but they are no substitute for the real thing when, ultimately, it is the art, and not the walls on which they hang, that I want to see.

One great free source of art online which doesn’t rely on such gimmicks is Art UK, a charity which aims to make art available to everyone with a massive archive of works from 3,200 British institutions, including Swansea’s very own Glynn Vivian Art Gallery. I’m a huge fan of their new Curations feature, which allows anyone and everyone to cherry-pick their favourites pieces and curate their own show which can then be browsed by other visitors. So, if you’ve ever fancied hanging a Monet alongside a Caravaggio, here’s your chance! When finished, you can add comments and share your fantasy gallery with friends, family, and the whole world.

Operavision is an incredible resource at the best of times, but with all live opera on hold for the foreseeable future it has proven to be invaluable. Funded by the European Union to ensure that everyone has access to high quality opera, you can rely on it to always have an impressive range of productions available. These operatic offerings are gathered from 29 of Europe’s leading companies, including our very own Welsh National Opera, and span 17 different countries. Also, unlike many other streaming services, it is 100% free 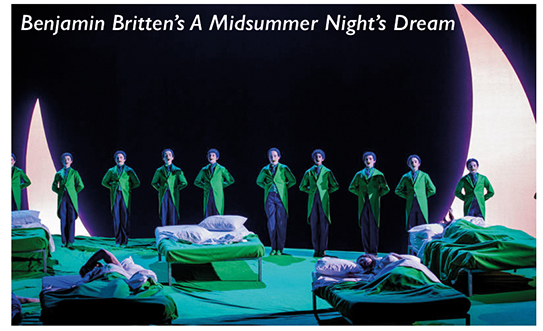 at all times, and also hosts the occasional concert and dance performance.

As I write these words, the next premiere will be the perfectly timed A Midsummer Night’s Dream from Benjamin Britten, and if you need some inspiration my personal favourites on the channel include Prokofiev’s War and Peace, which is based on Leo Tolstoy’s epic novel with a cast of 400 – 400! – assembled on stage and Finish National Opera’s spin on Mozart’s Lotharian anti-hero Don Giovanni.