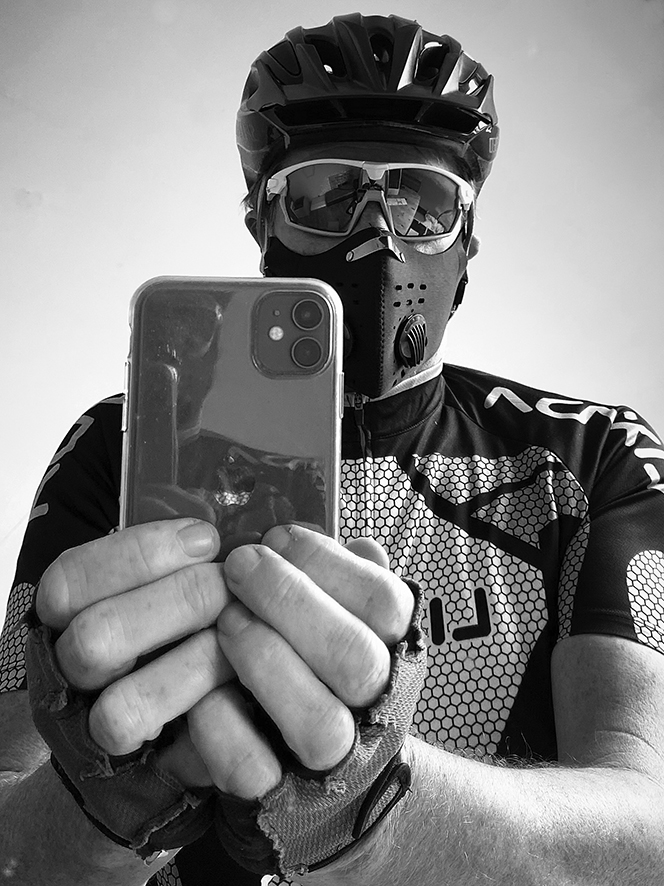 With only one session of outdoor exercise allowed per day under the lockdown rules, local photographer and regular Bay contributor Nick Smith (pictured right) used his ‘allowance’ to go cycling along Swansea’s promenade, photographing the brighter side of Dylan Thomas’ “ugly, lovely town”. The result is his new book – To the Lighthouse – shot and edited entirely on a smartphone. 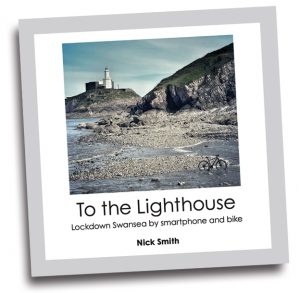 Lesley Williams: Your book was produced during lockdown. Please tell me you stuck to the rules for your project?

Nick Smith: Absolutely. It was really important to me that I kept to the lockdown rules about distance and time because part of the point of To the Lighthouse is to show what’s on the doorstep. I live in Uplands and so it’s easy to cycle to Mumbles Head and back in an hour. I also double checked with the local police to see if what I was doing was okay with them.

If you remember, right at the beginning of the lockdown everyone was very nervy and unsure of what it all meant. I was walking my bike through Brynmill Park one day when I saw a policeman helping the public by answering questions about the new rules. I asked him how far I could cycle without breaking any of them. He said that it would be perfectly legitimate for me to cycle along the prom ‘to the lighthouse’, and so that’s what I did. A lot. 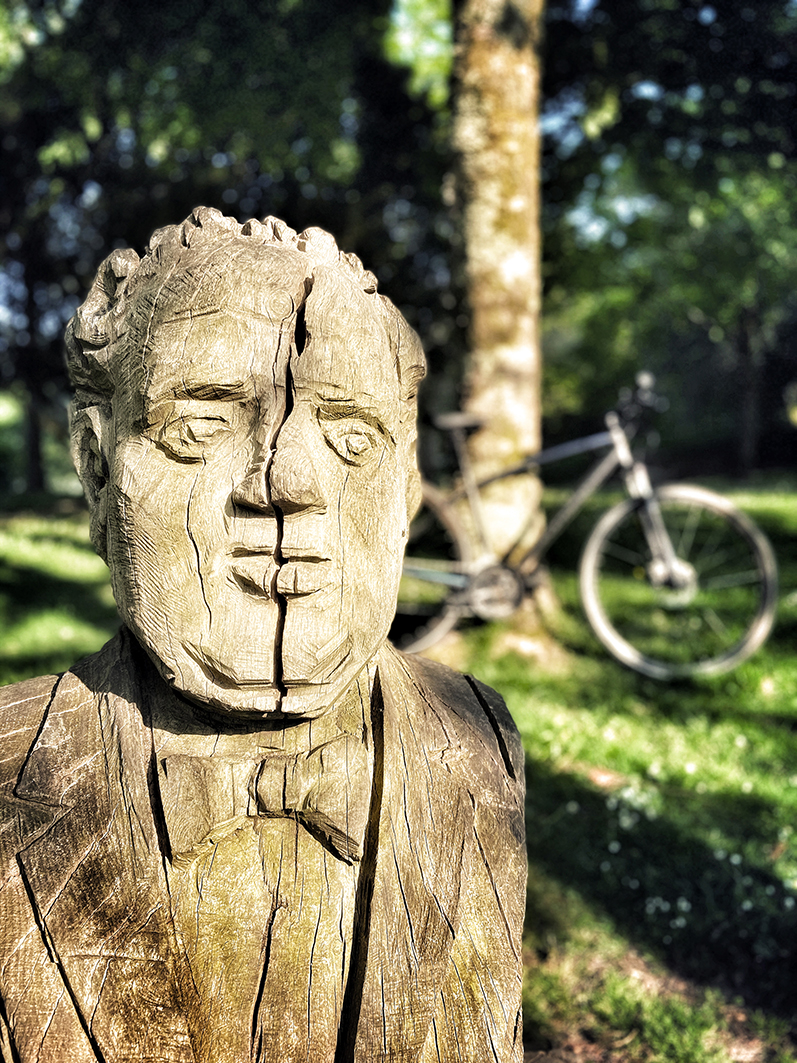 LW: Did you go out at the same time every day?

NS: For the most part the same time – mid-afternoon – and pretty much the same route. That was part of the point, too. The more I cycled the same route – and I did it at least 70 times – the more I noticed and the more I found to photograph. There are exceptions, though. For example, my photo of the Dylan Thomas carving in Cwmdonkin Park had to be taken in the morning because it faces eastward into the sunrise. The shot of my bike standing in the sea by the lighthouse itself had to be timed to coincide with the tide. It took me three days to get that one right. It was tricky because my bike kept falling over and the tide really rushes in fast in that channel by the pier. And, of course, I was only allowed to shoot one frame per day.

LW: One shot a day? That doesn’t seem very generous…

NS: It’s not. It was a self-imposed rule designed to make me think more about the compositions. Now we don’t use expensive film in our cameras anymore, we tend to shoot first and think later. And we tend to take far too many photos. So I decided I was only allowed one composition per day. What this means is that every photo in the book was taken on a different day, and what that shows is just how sunny Swansea was during the lockdown. It also meant that I had to be quick, decisive and trust my judgement that I’d got the right shot. Despite a lot of planning, there were some dismal failures. 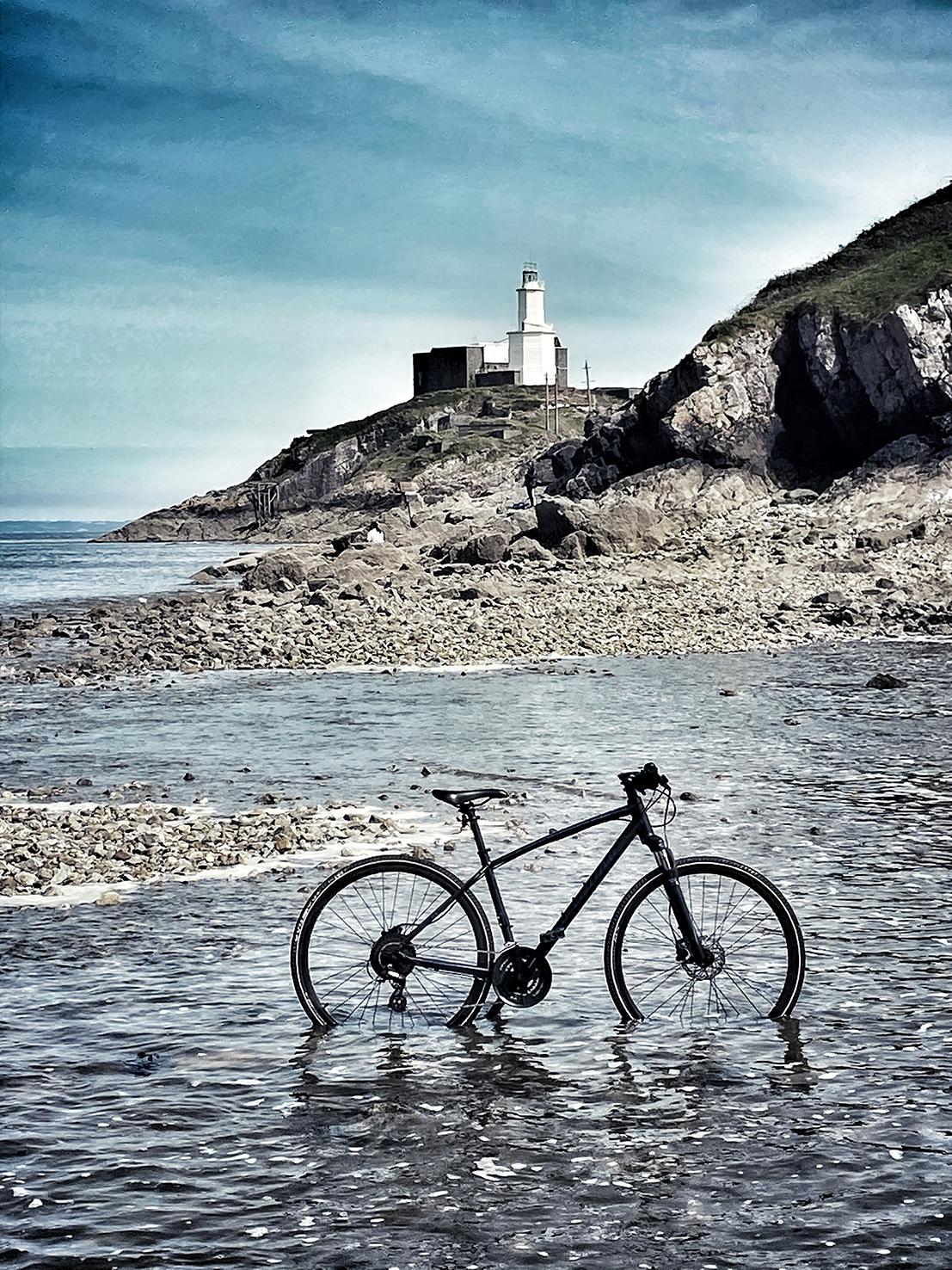 Mumbles lighthouse with tide rushing in 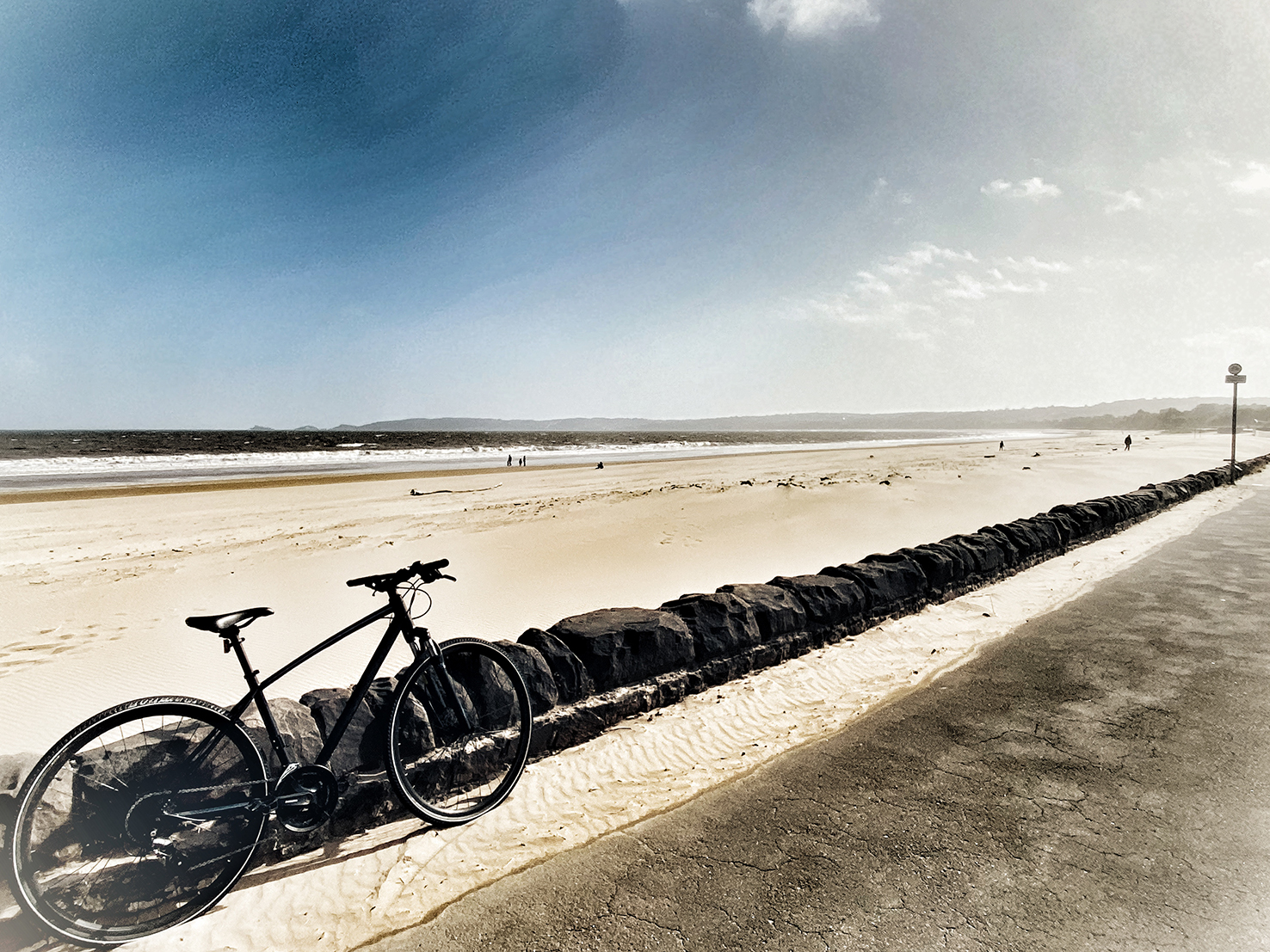 LW: On my daily walk, I seemed to have to avoid close contact with lots of other people and yet in your pictures you seem to have the place to yourself… 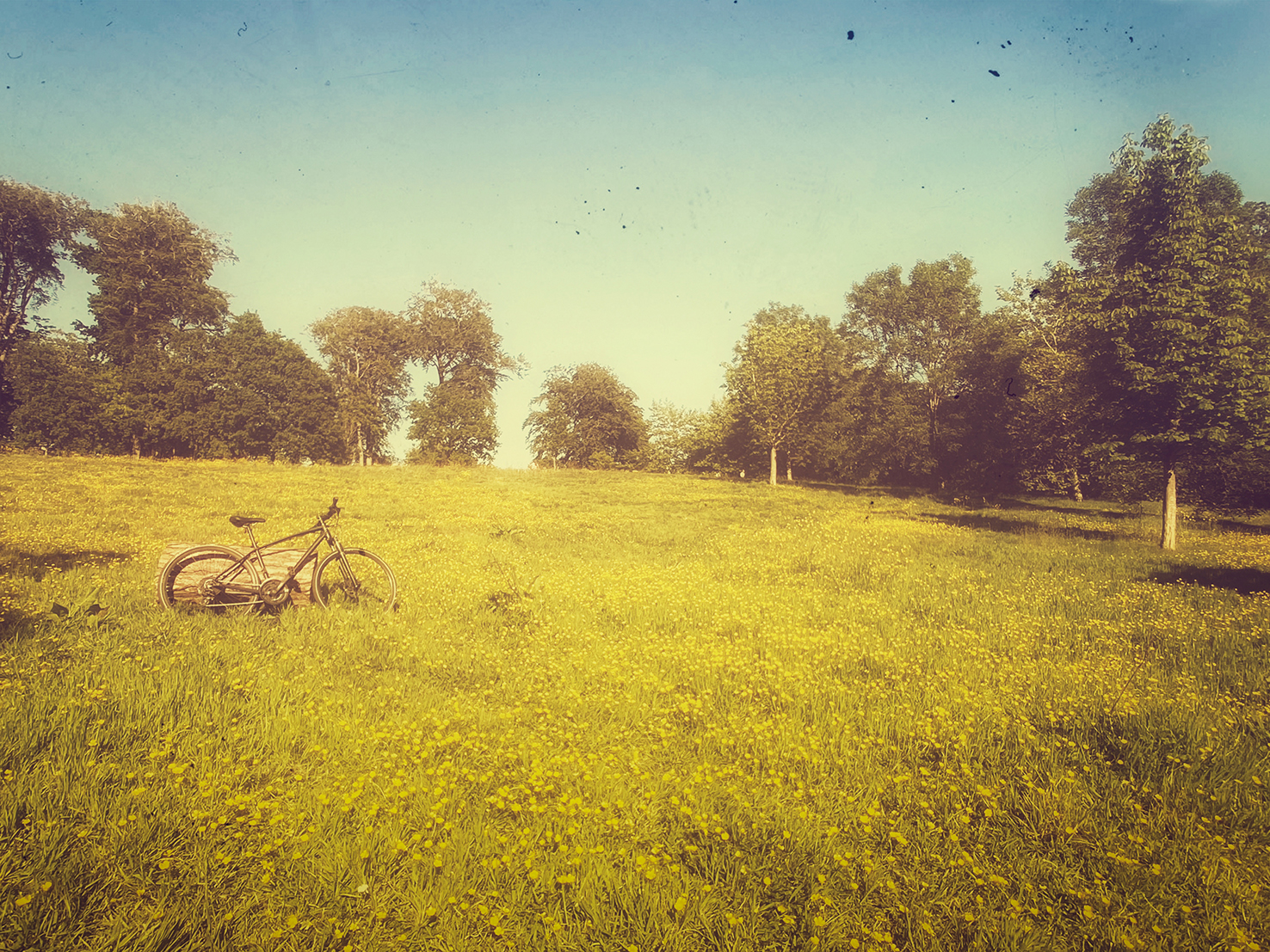 NS: Bit of a travel photographer’s trick that. With these photos I was deliberately trying to create the atmosphere of Swansea in the early phases of lockdown when it was very quiet indeed. Of course, some places on the promenade – Blackpill, Sandfields and Oystermouth – were quite crowded at times. But the great advantage of travelling by bike is that if you find yourself unable to take photos because there are too many people, you can just move on. I think the emptiness of the photos is the most important aspect of them.

Hopefully, one day people will look at these images and ask, “was Swansea really that quiet?” And the answer is “yes it was,” at least for the first few weeks. For me, the silver lining in the Covid-19 storm clouds was that we seemed to have gone back in time. Without all those planes overhead and cars on the road, loud birdsong accompanied us wherever we went. There were also meadows of unmown wildflowers, and the air was salty and smelled of seaweed instead of fast food and car fumes. 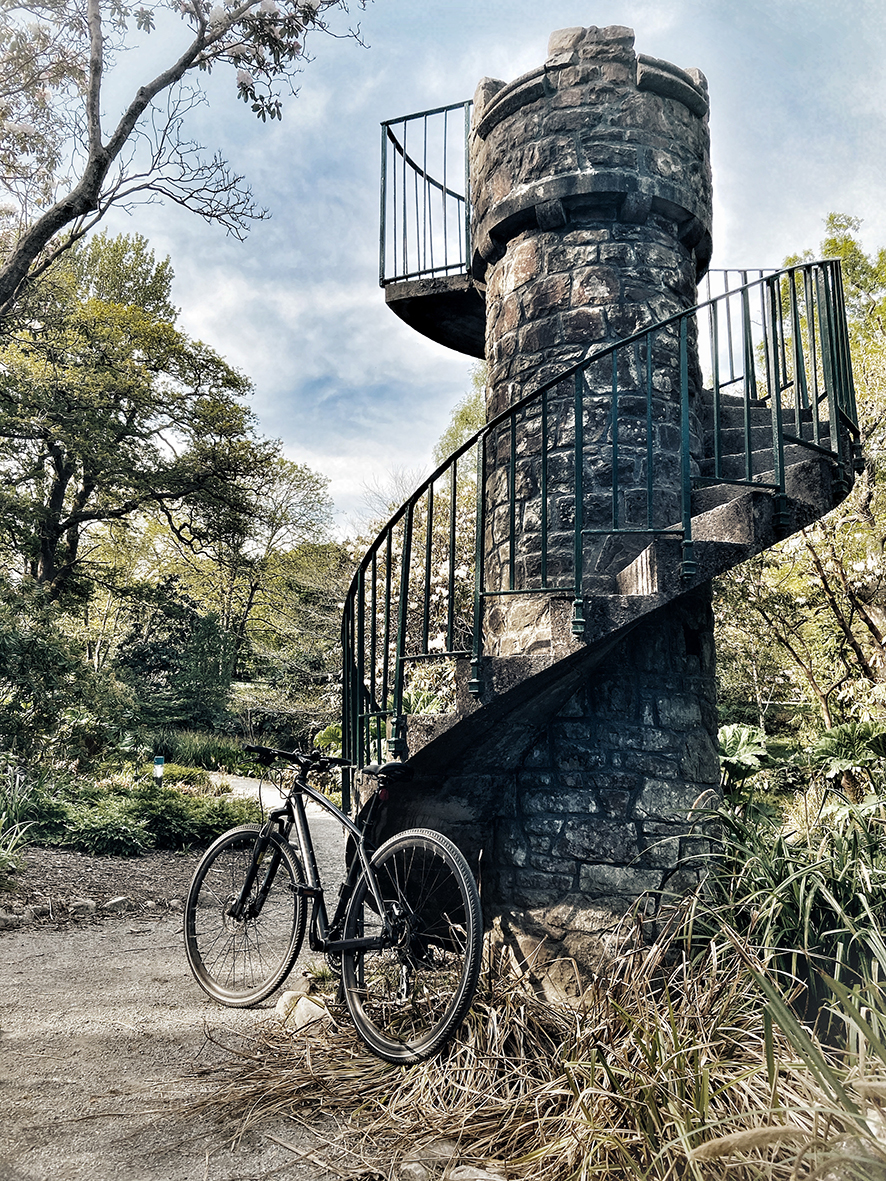 The tower in Clyne Woods

LW: Why did you choose to only use your iPhone?

NS: A week before lock-down my daughter and I got new iPhones and we were keen to find out what we could do with them. I’ve always been a bit sniffy about taking photos on phones because technically they aren’t anywhere near as good as the professional equipment I use for my travel articles and portraits. But she seems to take really great photos on her phone, so I thought I’d stop being such a grumpy middle-aged bloke and have a go myself. Plus, phones have one really strong advantage when it comes to taking photographs, and that is no-one is going to take any notice of a guy taking pictures on his phone. The thing I like least about being a photographer is that it always seems to draw unwanted attention from other people. Even so, I did get a few funny looks, especially when I was wading out to sea with my bike and leaving it there.

LW: And why is your bike in every shot?

NS: That started off as a bit of a joke. I like to be active, but as the lockdown rolled into town the swimming pool closed and so did my gym. And I thought that there would be no opportunity to keep fit. So I rescued my bike that had been lying dormant for a couple of years and got it back on the road. At first, I was just sending snaps to friends to show them it was operational again. Then I thought it would be interesting to see if I could work the bike into more serious compositions. From then on, the whole thing took on a life of its own and I found I was shooting a portfolio for a book. It was completely unexpected and unplanned. 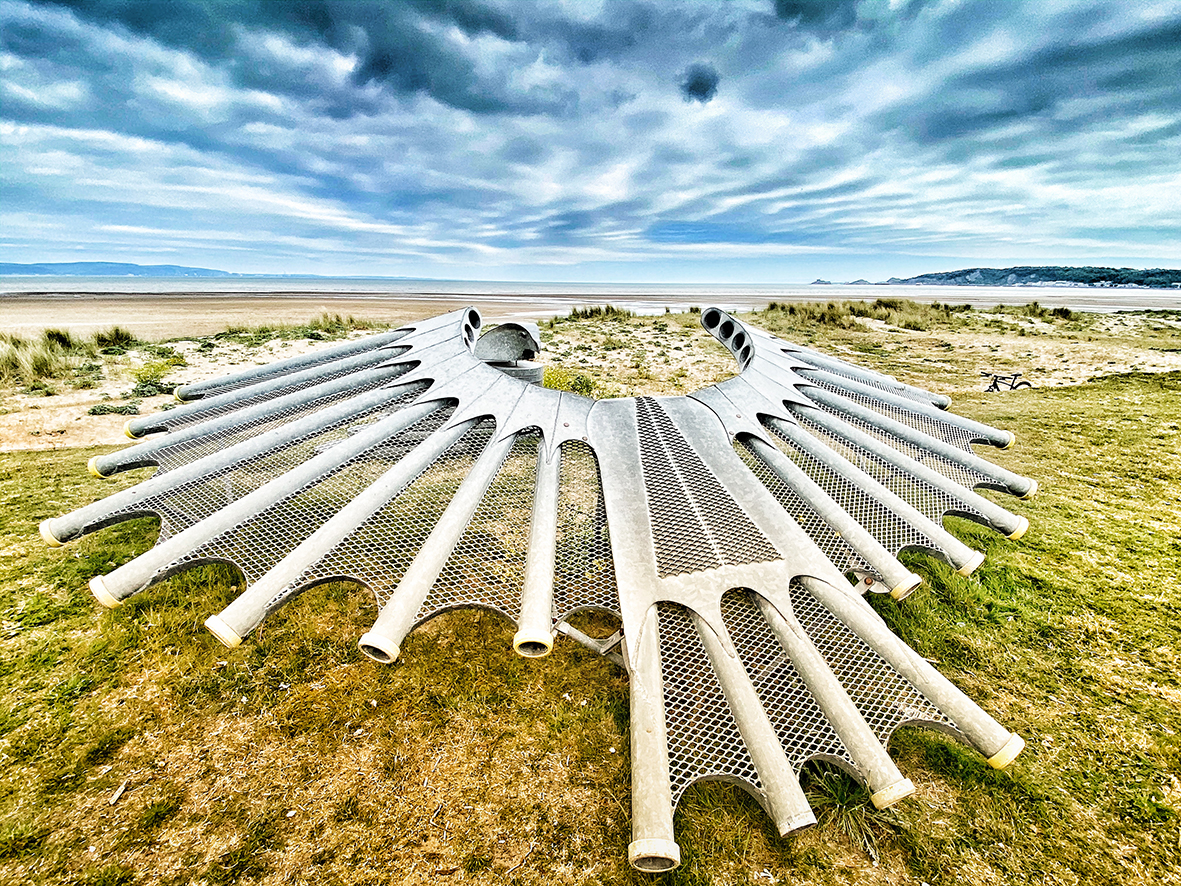 LW: As a professional photographer, you will obviously get better photos from your phone than an amateur. Do you have any tips on how to get the best from your phone camera?

NS: It doesn’t matter if you’re using an iPhone or a professional camera that costs as much as a car, the most important thing is to know what you want to achieve with your image. Casual snaps or ‘potshots’ are great for family albums and social media, but if you want to achieve something more creative you must have an idea of what the image is going to look like before you take it. Any professional will tell you the same thing: spend less time shooting and more time thinking. This collection took me two months to shoot and so we’re talking about one image per two days. The photo of the osprey sculpture took two attempts to get right. It’s an awkward shape and without the drama of the clouds overhead it would be very boring. My biggest problem was that during lockdown there were hardly any clouds to work with. 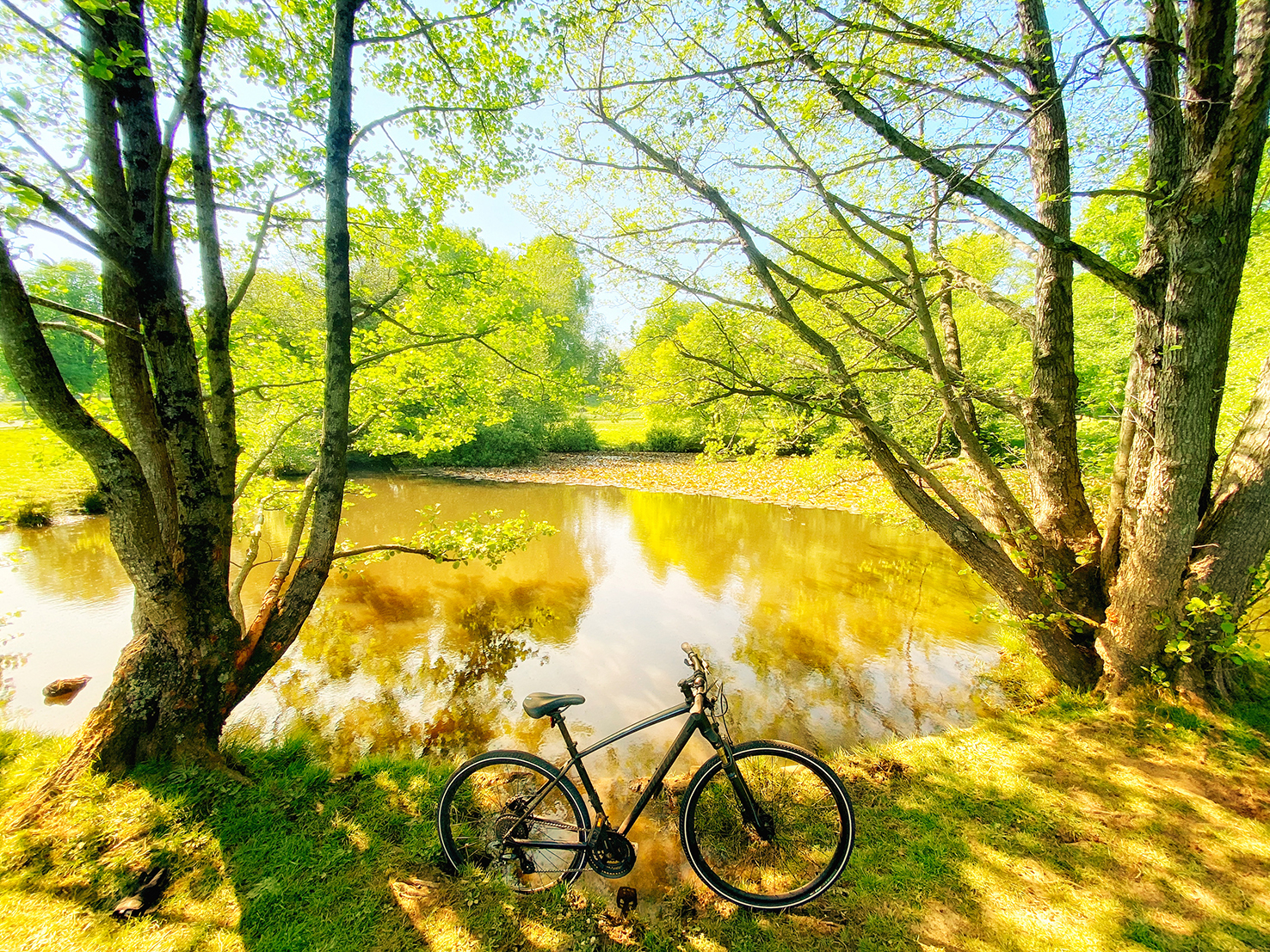 The famous lily pond by Swiss Chalet in Singleton Park

LW: You have travelled the world far more than most; do you think that you have a renewed appreciation of our lovely city since you’ve been unable to leave?

NS: Yes. I have been on assignment in more than a hundred countries in the past three decades and I can honestly say that this was by far the project I enjoyed most. When I started, I was tempted to come up with a gritty social commentary on urban degeneration caused by the economic pressures of the lockdown. Boarded up shops, that sort of thing. Then I thought that this was just lazy, and I needed to be more positive. I grew up in Swansea in the 1970s. I went to school here, played cricket, swam in the sea and was in a band here, and I like it just as much now as I did then. I wanted to convey some of that affection by showing all those wonderful and surprising places such as Clyne Woods, Singleton Park or Rosehill Quarry. 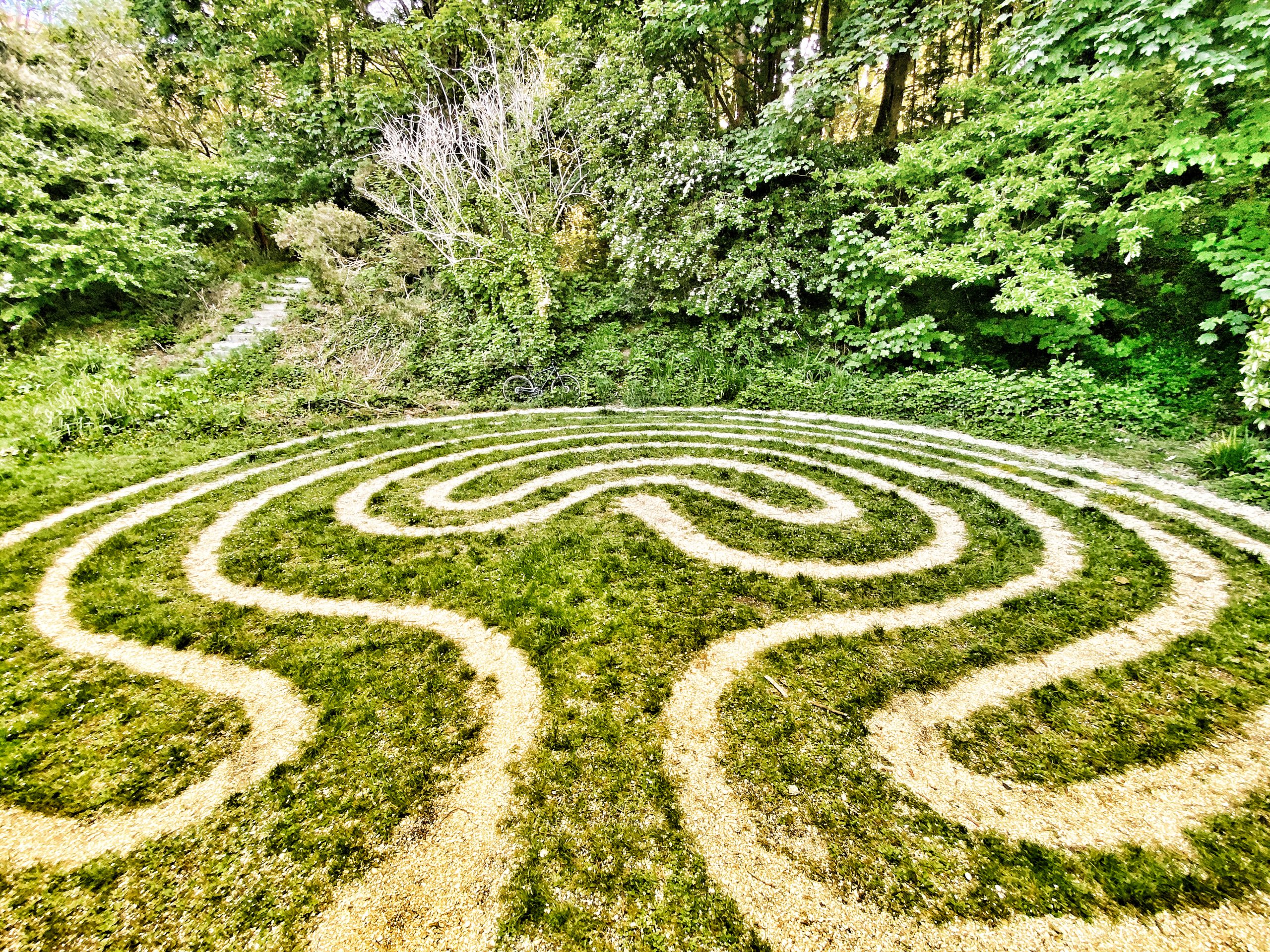 LW: What plans do you have for future publications?

NS: I’ve enjoyed making this book so much I’d like to delve deeper into the subject and do something more ambitious with proper cameras. Don’t get me wrong, it was fun seeing what could be done with an iPhone, but I’m looking forward to using my pro cameras again.

Bay has THREE signed copies of ‘To the Lighthouse’ to give away.

Just answer the following question correctly and submit it to lesley@theswanseabay.co.uk

‘In what Swansea park will you find the wooden carving of Dylan Thomas?’