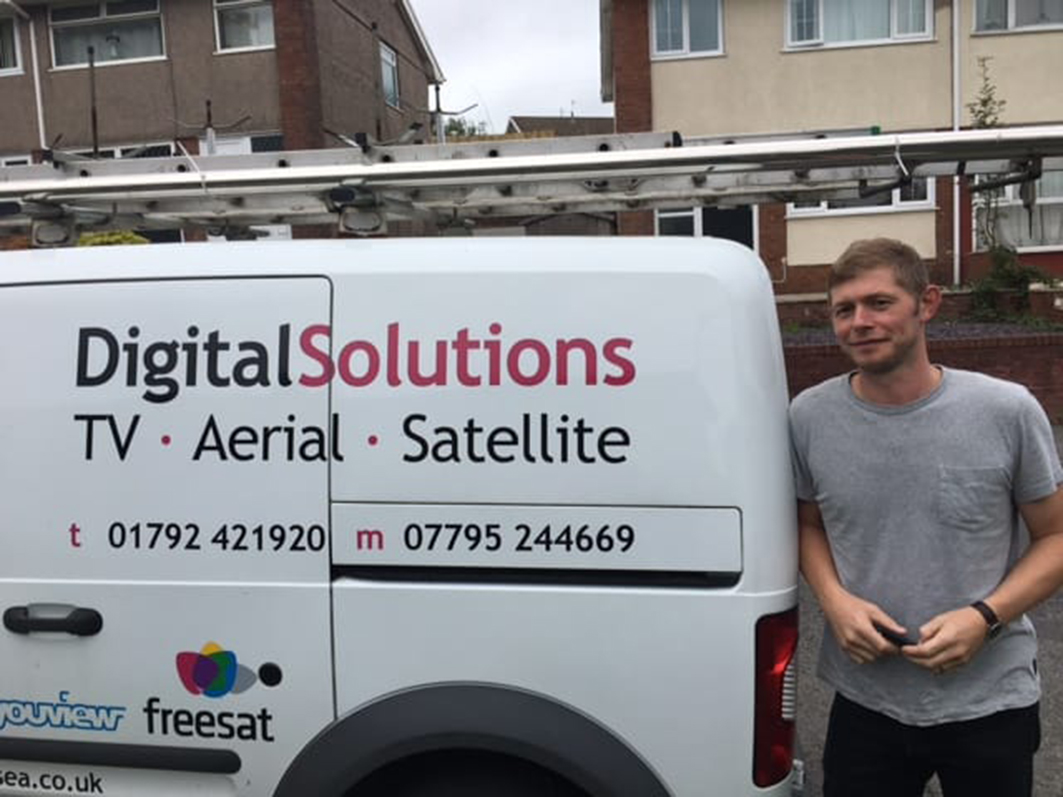 What’s your WiFi password?’ asked my great niece. ‘We don’t have internet in the house, it’s just up in the studio, sorry’ I replied. She gave me a look that told me I was a dinosaur, definitely prehistoric. That was before the lockdown, when I was per-fectly happy to not be able to use the internet outside of working hours – the pandemic changed all that. My grandson needed to be able to go on-line to complete his school work and I had more time to binge watch box sets on Netflix, so I dismantled the router and brought it into the house.

Fast forward twelve weeks and the router needed to go back into the studio, work beckoned and my TV watching days were over. But there was a snag; we had all got very used to super-fast internet access in the house. Fortunately for me, I have a go-to directory for all types of business, it’s called Bay magazine! Jon Gemine (above) of Digital Solutions, has been an advertiser with us for about 10 years, so he was the obvious person to call. Socially distancing at all times, Jon came over and suggested that we put a clever little gadget in the house that would bring the internet in from the studio. I have no idea what it is, but there is a cable that runs from the router out of the studio, in through the kitchen and then the dining room where a small flying saucer shaped white disc is attached to the wall behind the curtain. We now have internet in every room in the house, Archie can do his homework and I can catch up with Netflix in the evening. Everyone is happy.

Jon can help with all aspects of digital wizardry, aerials and setting up televisions etc, in fact if it is to do with a TV or a screen, he can probably sort out your problem. It was lovely to get to meet him properly in person, albeit from 2 metres, and I would have no hesitation in recommending him to you. 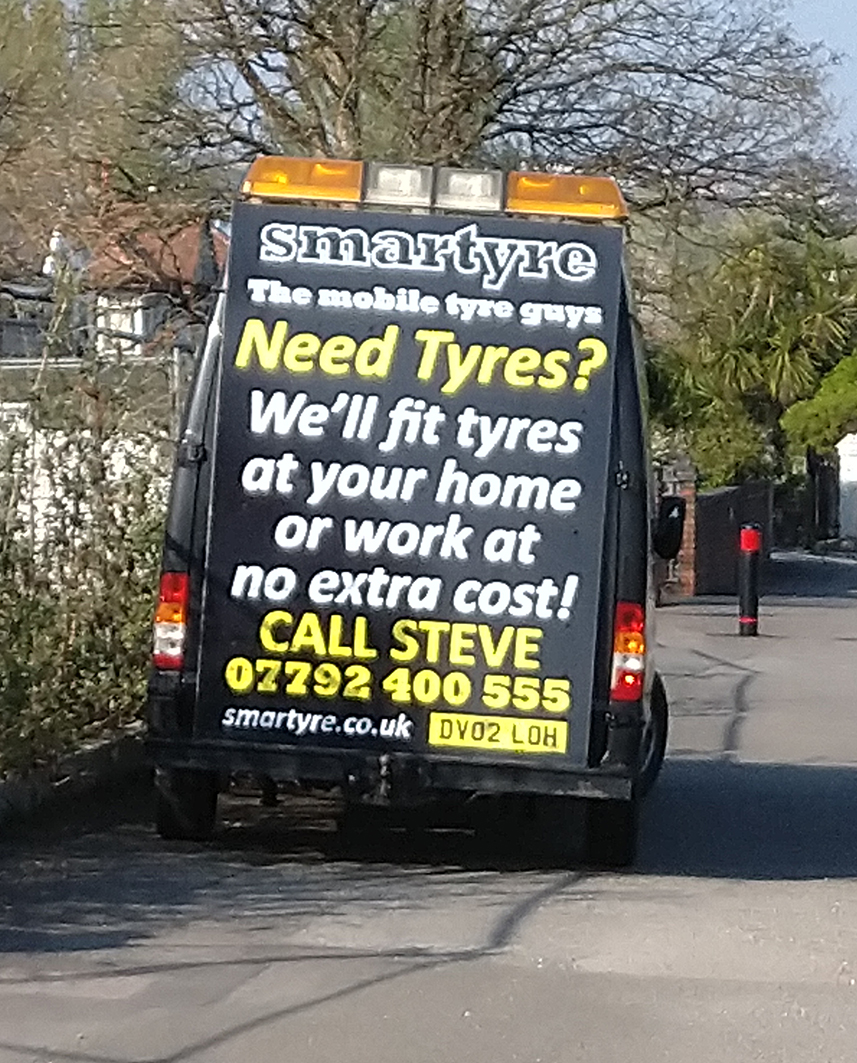 I’m sure I am not alone in not having been to a petrol station in months. I filled up right at the beginning of the lock-down and then didn’t get in the car for about six weeks. The first time I did I thought the car felt a bit odd, but I put it down to the fact that it had been sitting idle for ages. A couple of hundred yards down the road and I knew that something was definitely wrong – a flat tyre.

I limped the car home and parked up.

Later that day, our designated daily walk took us along the Mumbles Road where I saw a Smartyre van. A quick photo on my phone and I had the number to call the next day. Steve asked the make and model of the car and said he’d order the tyre and call me back with a price. The next day after agreeing the cost, Steve called at the house – socially distancing at all times, took the keys and changed the tyre which was beyond repair. He advised that one of the other tyres would need renewing within 500 miles. Well at this rate it would probably keep going until next year, but rather than leave it and forget all about it, I got him to come back and do that one too.

The service given by Steve and his colleague was excellent. Smartyre are quick and efficient, and at a very competitive price. I’d go as far as to say it’s a 5-star service.