WELL, IT’S BEEN A FUNNY FEW MONTHS BY ANY STANDARDS. I HAD NO IDEA THAT DAYS AFTER WRITING MY “WEIRD WAVES” ARTICLE ABOUT MY TRIP TO THE BRISTOL WAVEGARDEN COMPLEX IN MID-MARCH THAT THINGS WERE ABOUT TO GET PROPERLY WEIRD. LITTLE DID I KNOW THAT MY SESSION THAT DAY WOULD BE THE LAST WAVES I WOULD RIDE FOR OVER 2 MONTHS AS THE WORLD HEADED INTO A FULL-BLOWN PANDEMIC AND SUBSEQUENT LOCKDOWN.

AS OF WRITING THIS, THINGS ARE SLOWLY OPENING BACK UP AGAIN. WE’VE BEEN ALLOWED BACK IN THE WATER RECENTLY WHICH FELT AMAZING AFTER THE LONGEST PERIOD I’VE BEEN OUT OF THE WATER FOR IN ALMOST 40 YEARS.

HOPEFULLY WE ARE THROUGH THE PEAK AND WILL BE ABLE TO START ENJOYING A GREAT SUMMER. 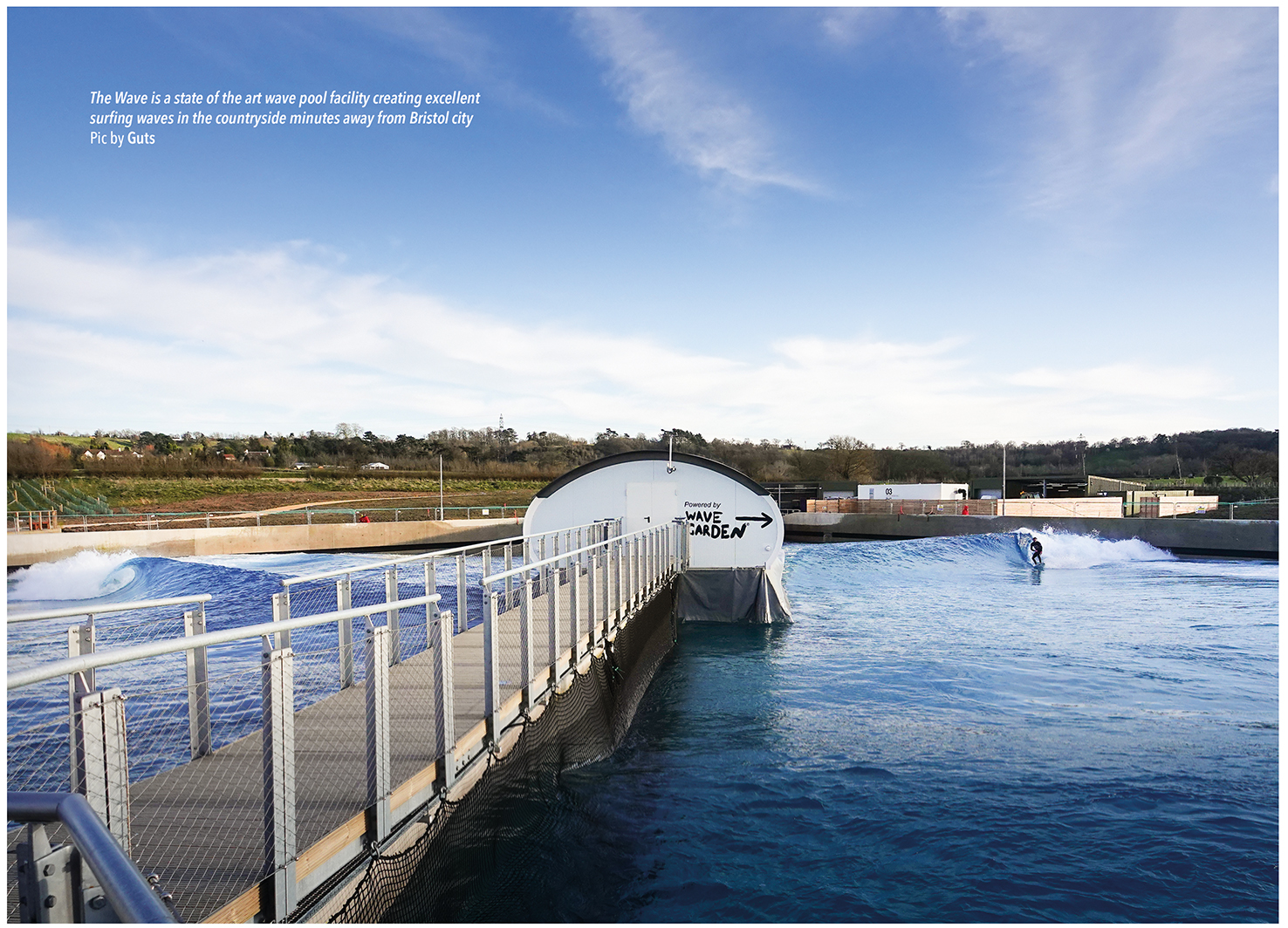 “THE WAVE” IS A NEW WAVEPOOL FACILITY THAT HAS OPENED IN RECENT MONTHS JUST OUTSIDE BRISTOL. LIKE ITS PREDECESSOR, SURF SNOWDONIA, IT’S A SURFING THEME PARK PRODUCING QUALITY WAVES ON TAP FOR SURFING ENTHUSIASTS AND BEGINNERS ALIKE. 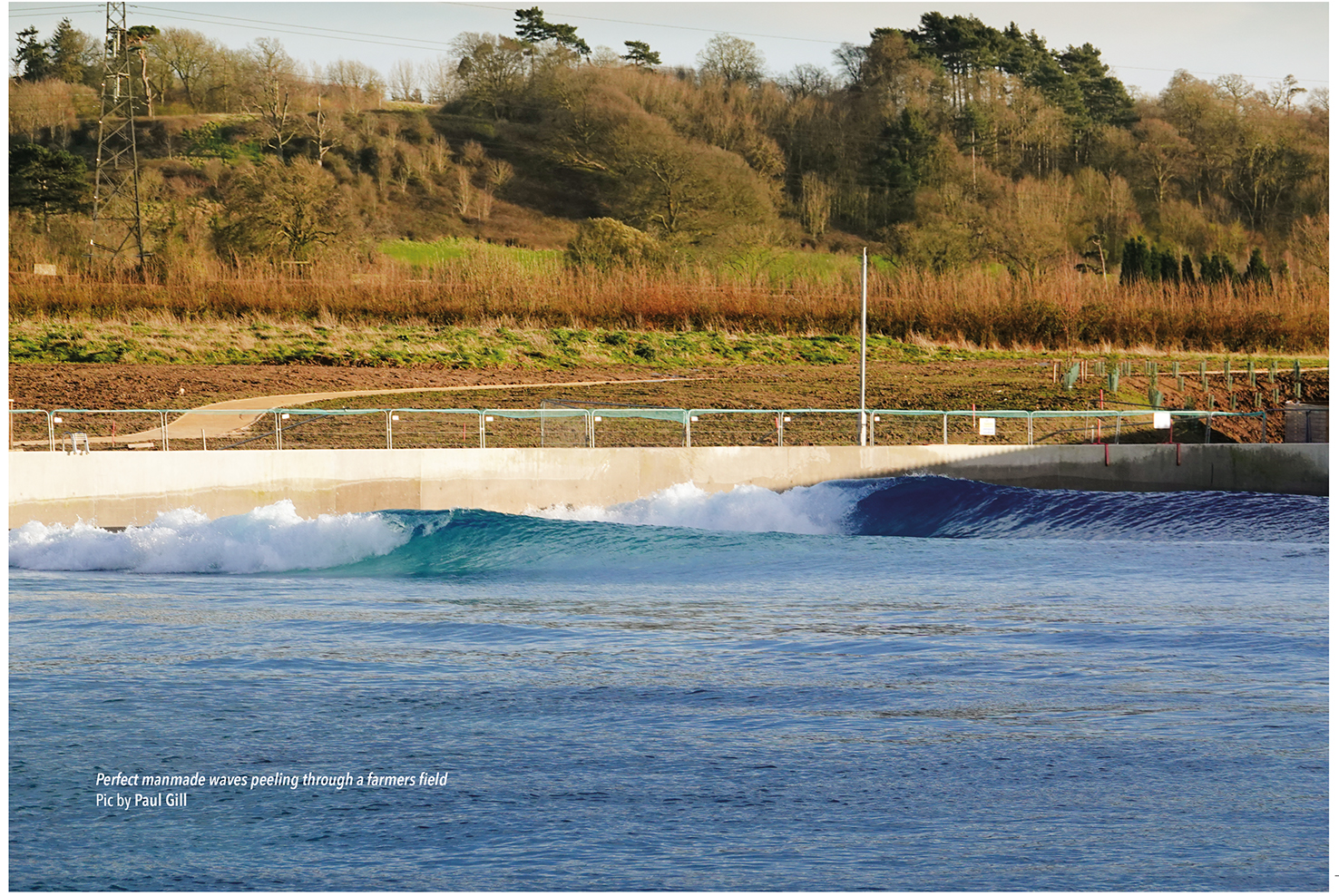 Both Snowdonia and Bristol are using technology from one of the leading artificial wave companies “Wavegarden” to produce their waves.

But the Bristol venue is the first Wavepark in the world to be using the latest upgraded system called the Cove.

The major upgrades over the original system, are firstly the amount of waves it can produce, which rises from 1 every 90 seconds to 1 every 8 seconds, this means more people can ride more waves without the waiting around between each ride.

The other major upgrade with the new system is they can change the type of wave you are surfing in real time which makes your experience seem much more like a natural ocean one where no two waves are the same. 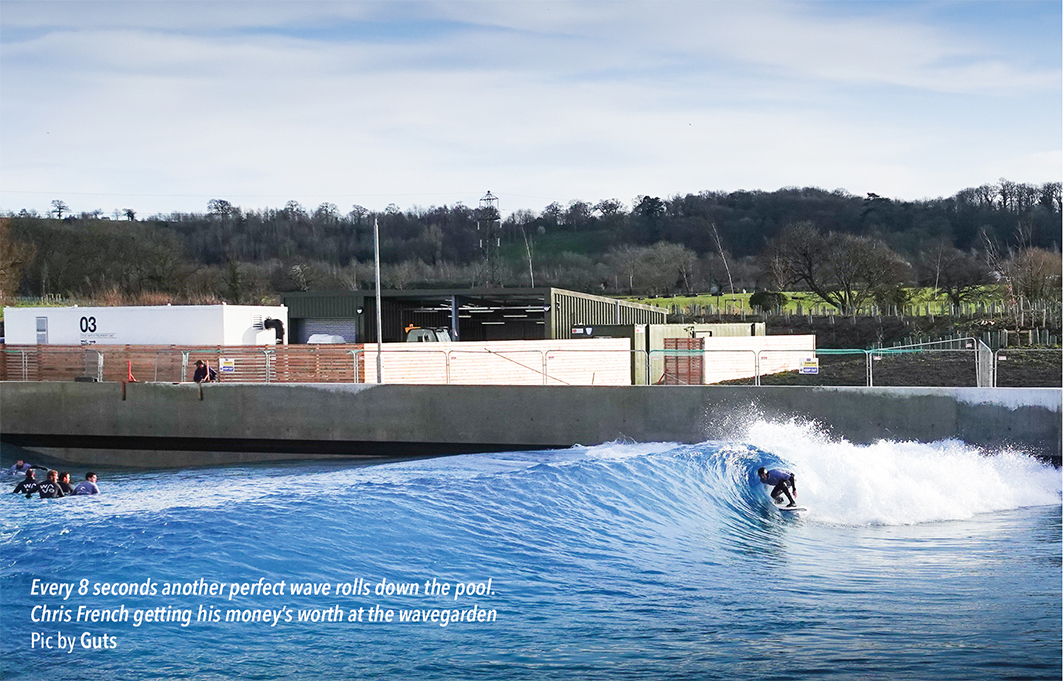 The Wave has been opened for several months now but due to health and safety concerns has only been running the smaller, less powerful settings.

However, that changed recently as they announced 3 days in March where they would trial the bigger, more powerful settings. That was my cue to book a session. 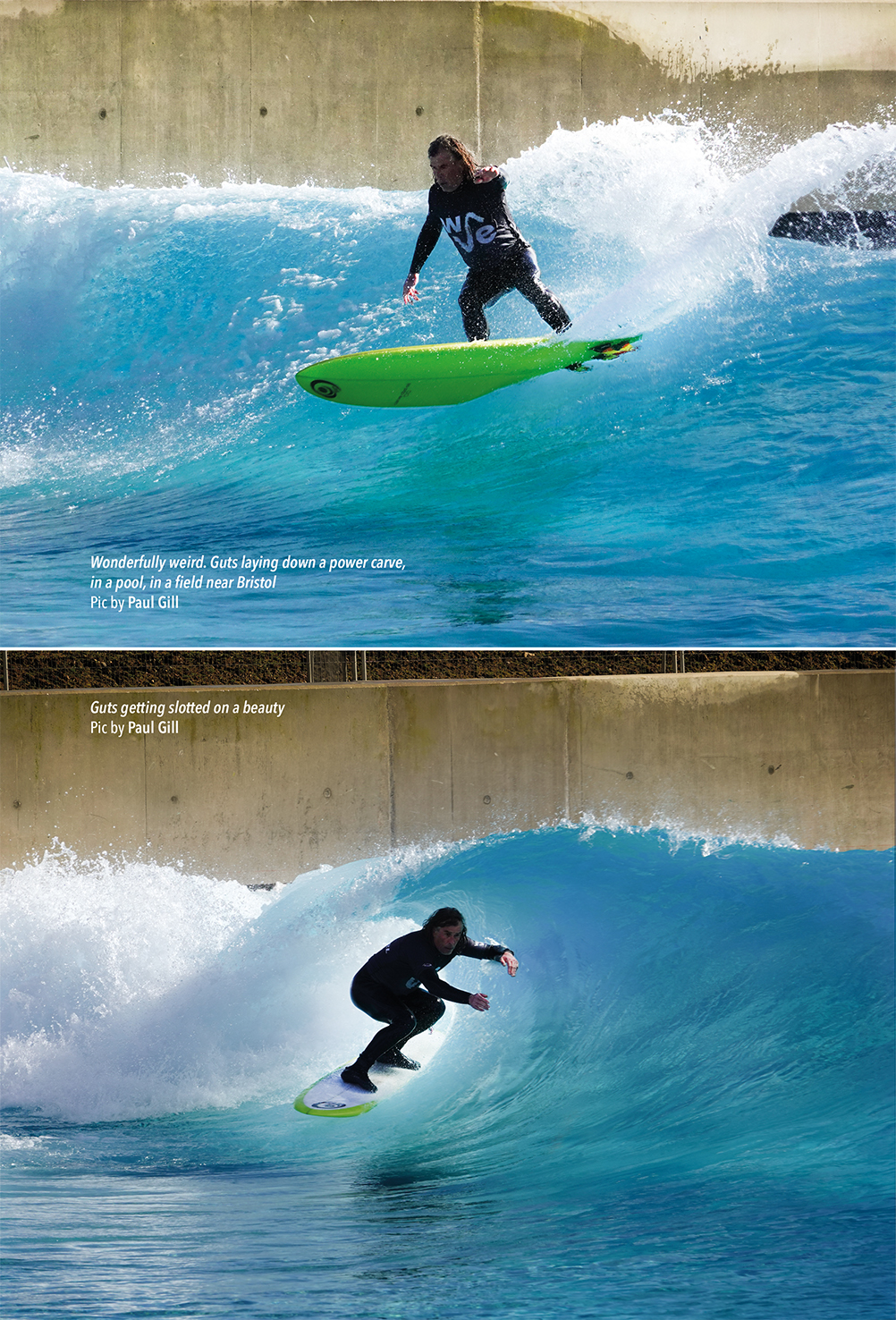 Having already surfed the Snowdonia wavegarden previously and thoroughly enjoyed the experience I had high hopes for Bristol. I have to say, I wasn’t disappointed.

Aside from the setting (let’s be honest you’d be hard pushed to beat Snowdonia on this one) everything else about this new wavepool is an upgrade. The setting in green belt countryside is fab. The helpful staff and pleasant, laid back feel of the whole place is fantastic. But then you see the waves they are producing and your mind is blown. As you come through the main building into the pool area, you are greeted by the most beautiful sight of perfect looking waves peeling towards you as if on a conveyor belt. There’s a central pier that divides the pool in two, with a perfect left peeling off one side and a mirror image right on the other. It’s breathtaking. The wave has power and size that compares to a very good session at your local beach and allows you to have more quality waves per hour than you’ll ever get in the ocean.

I had 17 waves during my hour session, with 4 different settings used for plenty of variety. The waves were shoulder to head high on take-off and packed more than enough punch for you to really cut loose and attack the various sections that you rode through. There was even a nice barrel section to be had on one of the settings that really was the icing on the cake.

As surfers we are forever checking weather charts and waiting for the fleeting moments when the ocean plays ball and produces quality waves on which to ride. So, to have a facility like this that allows you to book a time and a date to go ride pretty awesome waves is amazing.

. My surf shop is OPEN and we will adhere to the social distancing that the government recommends to help contain the spread of this terrible disease.

I hope everyone stays safe and healthy over the coming months. Look after yourselves everyone. xx