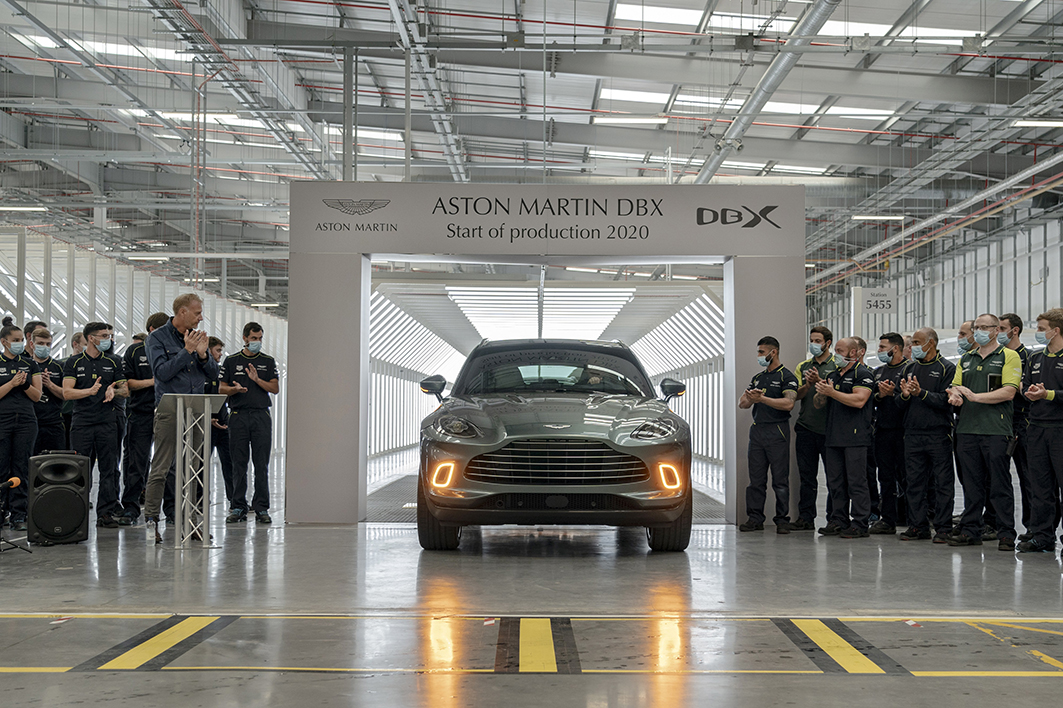 9 July 2020, St Athan, Wales: Just over four years since Aston Martin announced its investment in a brand new manufacturing facility at St Athan in Wales, the first Aston Martin to be “Made in Wales” was being driven off the production line.

The culmination of an extensive development programme that began with virtual development stretching back to 2015 and physical testing in Wales in 2018, DBX signals a new era in Aston Martin’s pursuit to deliver exceptional performance, style and usability in a segment previously unexplored by the world-famous manufacturer. 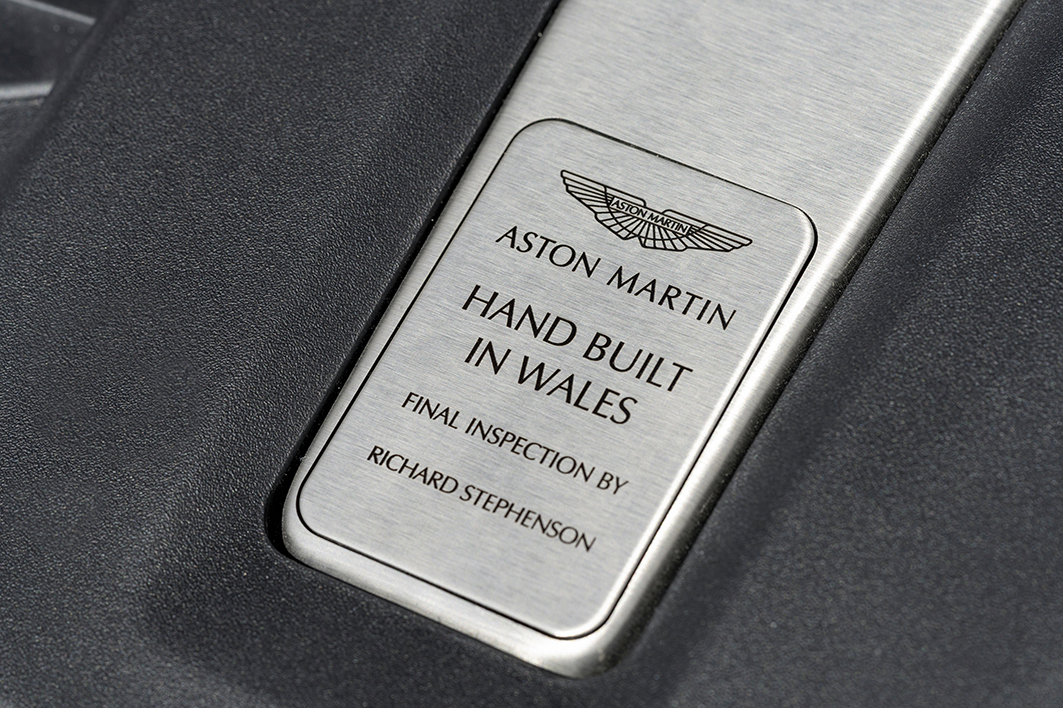 With its all-wheel drive system, DBX is a car that will allow the company to increase its presence in markets where perhaps the weather or terrain is less than conducive to rear-wheel drive sports cars. The clear emphasis on a spacious and luxurious cabin – whether seated in the front or back – will also allow Aston Martin to better reach customers who prefer to be driven rather than drive.

With around 80% of production expected to be exported, DBX is an important model for Aston Martin and a clear illustration of the strength of British manufacturing capabilities.

Minister for Economy, Transport and North Wales, Ken Skates, said: “This is a historic moment for Aston Martin and for Wales. It is also a huge win for the Welsh Government’s can-do attitude. I could not be more proud to see this fantastic SUV being made in Wales and rolling off the production line. It also speaks volumes for the dedication and skills of the world class work force we have right here in Wales.”

First deliveries of the DBX to customers start later this month, as planned.

OBSCURED ROAD SIGNS: WHAT TO DO AND HOW TO REDUCE RISK

Breakdown and road safety organisation GEM Motoring Assist is encouraging drivers to report any road signs hidden by trees or bushes. Hidden road signs are at best a nuisance for drivers, and at worst can be misleading and dangerous, according to GEM.

The safety call comes at a time when roadside vegetation is at its thickest and maintenance of signs may not be a priority for already stretched authorities.

“Road signs provide vital information for drivers, who will plan their speeds and actions based either wholly or in part on what the signs tell them.

“If you can’t see a sign, then your ability to make safe decisions is compromised, especially if you’re on unfamiliar roads. Nourished by recent rain, vegetation at this time of year tends to be at its most prolific, meaning more and more signs risk being partially or completely covered. It’s a growing menace that puts road users at risk.

“We can help highways authorities and local councils to know where the problems are by using the reporting facilities they provide. It is vital for road safety that trees, bushes and branches are not allowed to obscure important information, and that everyone using the roads has a clear view of speed limit and other signs.”

GEM encourages drivers to report obscured road signs to the appropriate local authority, and to remember that a limit of 30mph usually applies to all traffic on all roads with street lighting, unless there are signs to say otherwise.

What you can do

If you’re reporting a sign on a motorway or trunk road you could also use the TransportFocus ‘Sort My Sign’ website. Just enter the location, road name or post code and enter details of the problem. Your report will be sent to Highways England. 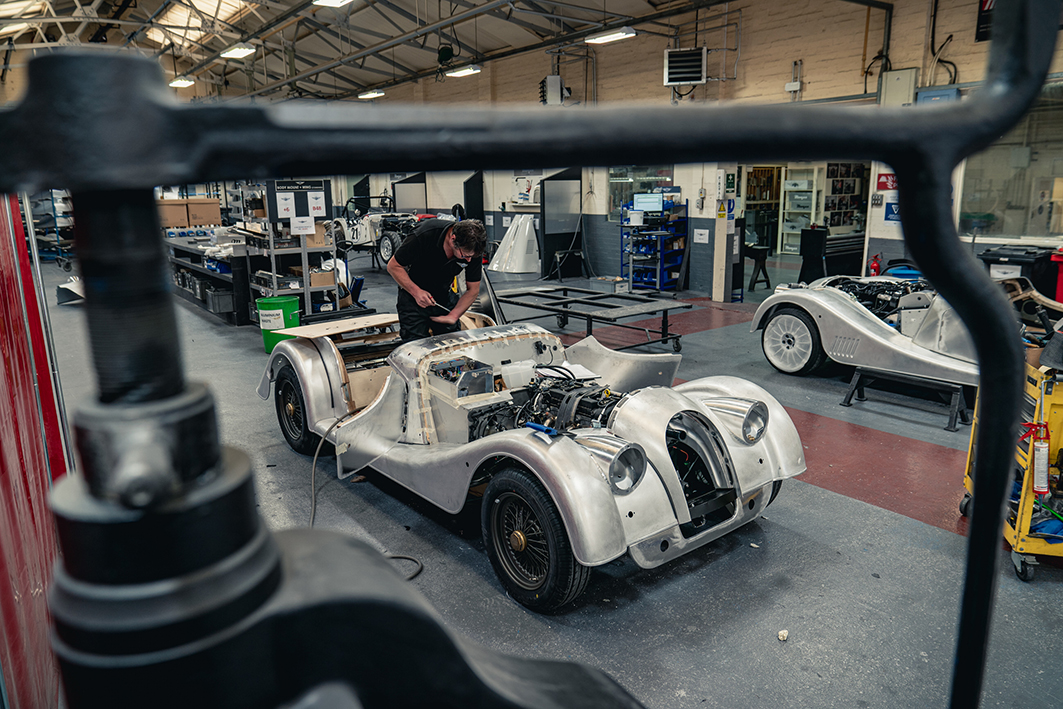 The Morgan Motor Company has finished production of its last-ever steel chassis car to be built. The momentous occasion marks 84 years of continuous production for the underpinning – barring factory closures during World War II and the coronavirus pandemic – making it the longest-ever running production car architecture of all time, anywhere in the world.

The firm’s steel ladder chassis was introduced in 1936, in the Morgan 4-4. This car’s name came from the fact that it was the first Morgan to have both four cylinders and four wheels – Morgan’s vehicles before this point, since the company’s foundation in 1909, were all three wheelers.

The steel chassis, while undergoing many alterations, and improvements over its lifetime, went on to underpin every four-wheeled Morgan produced before 2019, with the exception of the Aero range and second-generation Plus 8.

Steve Morris, CEO and Chairman of Morgan Motor Company, said: “The steel chassis has been fundamental to Morgan’s production for more than eight decades, found beneath the skin of some of the most important and successful models in the company’s history. Its unique driving charm is loved by many and, in fact, demand for steel chassis cars is still strong. However, with the introduction of our CX-Generation platform, which underpins our revolutionary new range of four-wheeled products, the time has come to bid farewell to the steel chassis. We are delighted to present this final steel chassis car to a long-standing friend of the factory, who we know will enjoy it alongside his extensive Morgan collection.”