Your starter for ten – what is the connection between the Statue of Liberty and sewing?

2020 will be remembered, for the Corona virus pandemic, the lockdown that we were placed under that lasted for weeks and weeks, and the lack of PPE (Personal Protective Equipment) for the NHS.

In this article we’ll be looking at the early days of needle workers and the advances that made their working lives a lot easier. The word “sewing” was first used during the 14th century.

For those readers who do home sewing, are you one of those who can easily thread a needle or those who strain and struggle proclaiming blast? 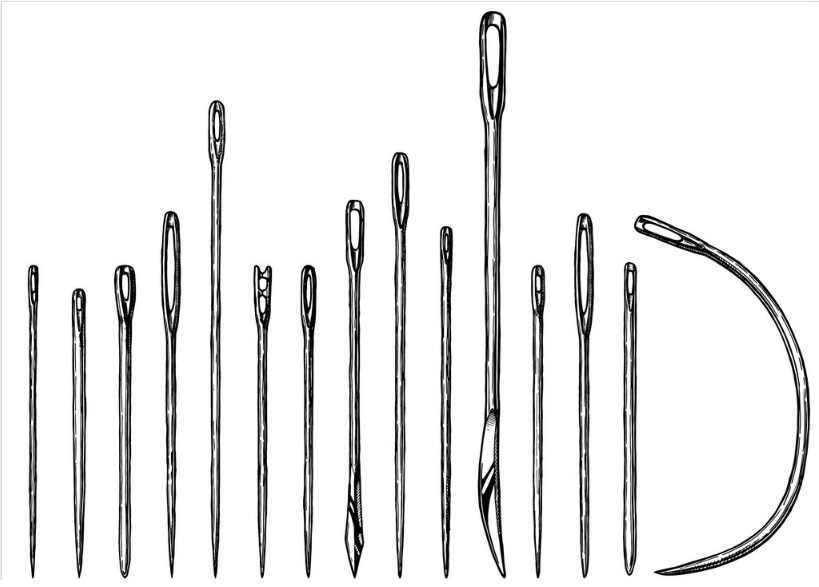 Have you ever given a thought to the origins of the needle? During its history it has been around in various guises. They are first mentioned in the bible, when Adam and Eve are busy sewing fig leaves to preserve their modesty.

The oldest known needle was found in South Africa and dates back to about 60,000 years ago and was made out of bone. The earliest sewing needles helped man to make clothing out of fur and skins to protect themselves from the cold.

In the 16th Century the skills of needle making were introduced to England by Islamic Spaniards who were reported to be masters of the trade. Prior to Spanish needle workers arriving on our shores, needles were crude and rough and usually made by local blacksmiths.

The town of Redditch became world famous for its high-quality manufacturing of handmade sewing needles, with the first recorded needle being made there in 1639. With the Restoration of Charles II there was a demand for ornate clothing so fine needles were in high demand.

Apparently, the eye of an original Redditch needle was so fine that modern day thread isn’t fine enough to pass through it.

Needle manufacture wasn’t without its dangers. Pneumoconiosis, known as Pointer’s Rot was the result of inhaling a mix of fine metal particulates and grindstone dust into the lung. Another risk was a shard of metal ending up in the pointer’s eye causing blindness. To prevent rust, the needles were rolled in asbestos powder which brought with it, other health issues. Life expect-ancy for a pointer was 35 years.

In the 1600s a needle was an object of desire and one crafted from gold or silver was highly prized but following the Industrial Revolution they became mass produced and commonplace in most households. 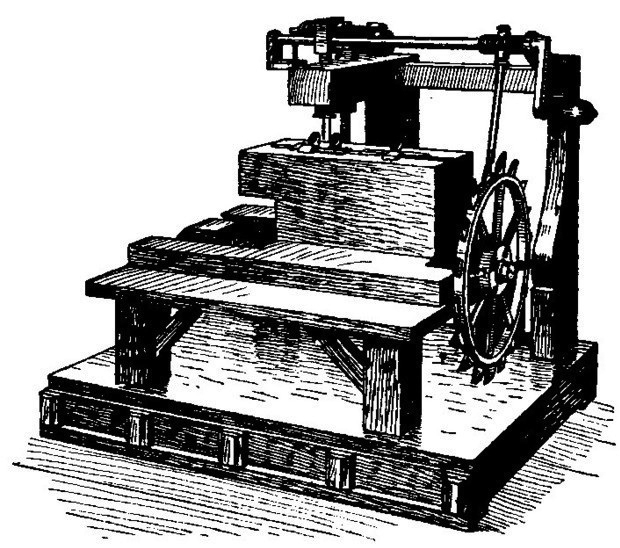 Sewing machines were first ‘invented’ in 1790, by Thomas Saint, but this machine came to nothing! It was the work of the American, Elias Howe, who patented his sewing machine in 1846. This machine had three essential features – a needle with an eye; a shuttle with a second thread that formed a lock stitch and an automatic feed. 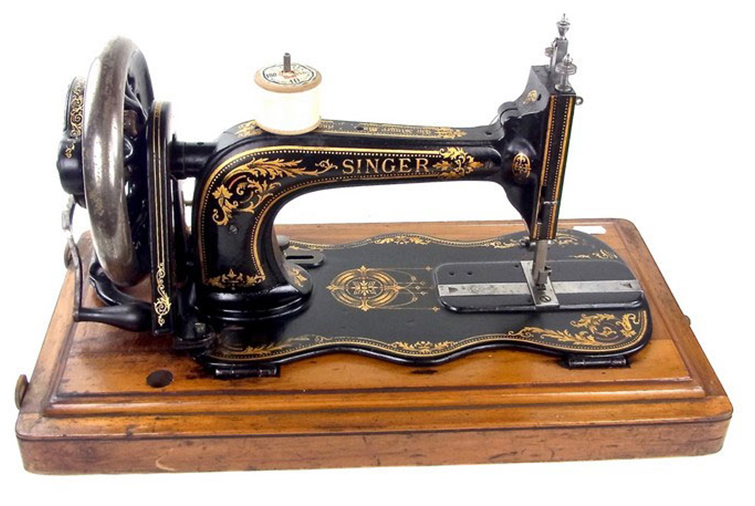 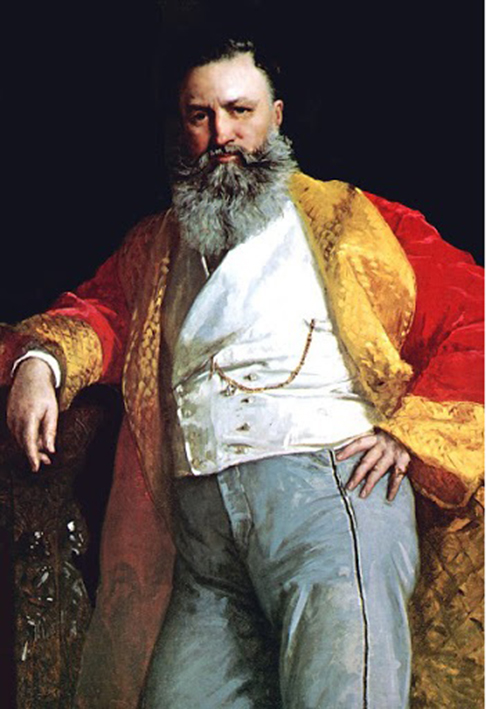 Improvements on this design of the sewing machine were made by Isaac Merritt Singer. Who is Isaac Merritt Singer? He was an American inventor, actor, and business-man. Prior to his improvements on the sewing machine, these machines were primarily used in industry; Singer invested heavily in the mass production of his machine. It was during 1865, that the Singer ‘New Family’ Sewing Machine was introduced. 1871 saw the opening of the Singer Factory at Clydebank, Glasgow. Singer Sewing Machines carried on being developed after Singers’ death in 1875 in Paignton. He is buried in Torquay Cemetery. 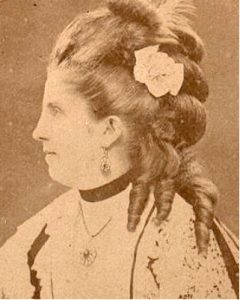 Singer fathered 20 children, with 5 ladies. One of his wives, 19-year-old, Isabella Eugenie Boyer (left), is said to have been the model for the Statue of Liberty.

The Women’s Voluntary Service (WVS) was established during 1938. During the Second World War, ladies of the WVS, playing an important role in the collection of clothing and distributing them to the needy. Sewing Circles were established, and the production of socks, balaclavas, pullovers, gloves, and general items of clothing were made for the troops. The group also took the official role of darning socks for the military. 1943 saw the Clothing Exchange estab-lished to help struggling parents.

I would be delighted to hear from anyone who has any connection with the WVS or those who took part in sewing groups during the recent pandemic. 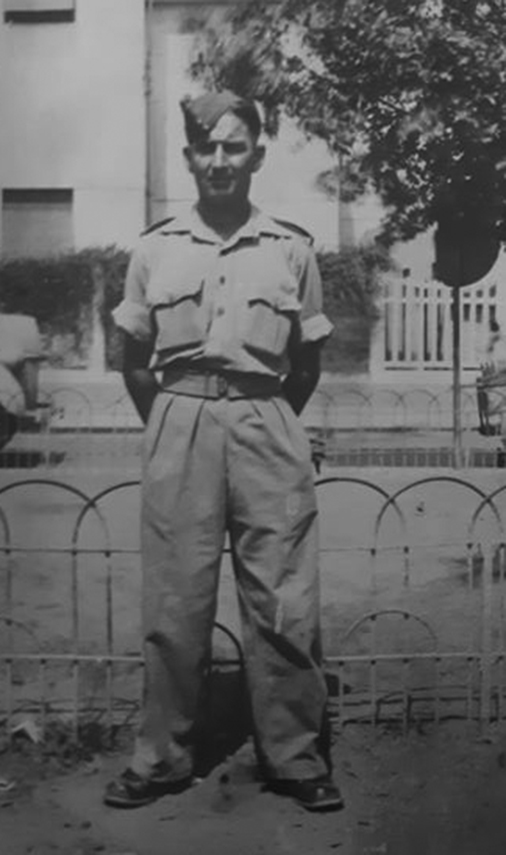 I was contacted by Gillian Downer, who was making enquiries into her great uncle, John A. Hodge’s Second World War military records.

All Gillian knew was that John was at Dunkirk and got injured in the legs, and that he was awarded the Military Medal.

All Second World War military records are held by the Ministry of Defence. These records are vital, as they contain a great deal of information that can’t be found elsewhere. To satisfy, the MOD’s requirements, we needed a copy of a death certificate of the person in question.

On checking the records there was no John Hodge born 1914 in Bristol, but one John born the year later, in 1915. His parents were married in 1914.

In conclusion, it seems that when the death was registered, the informant only went on the information that he was given in the first place. When doing research take care to cross check records for simple ‘mistakes’ like this.

We discovered that in October 1944, John Hodge was awarded the Military Medal, (right) during fighting at Bemmel, Netherlands.

Do get in touch if you’d like me to research one of your ancestors. swanseafamilyhistory@yahoo.co.uk