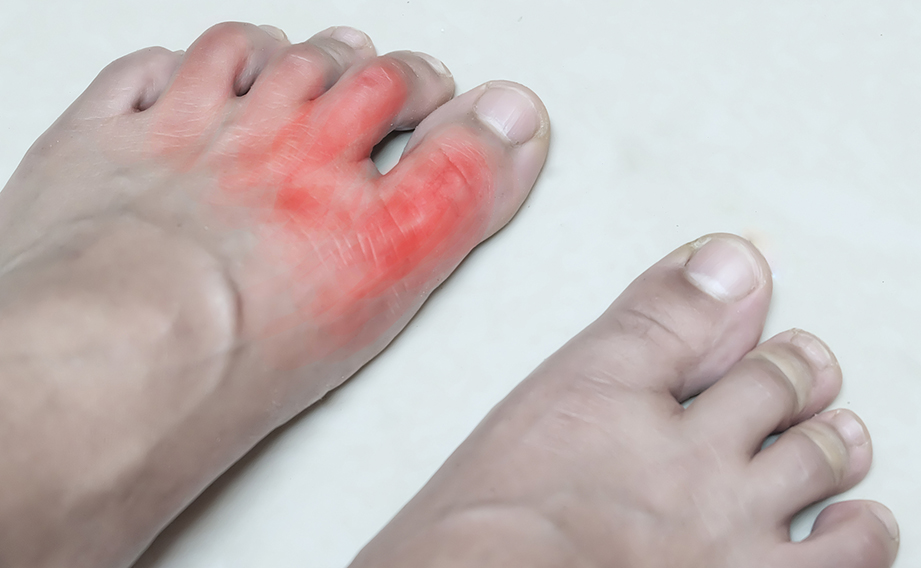 For some the condition conjures up images of overindulgence in the aristocracy of days gone by, but this painful condition is far from being a thing of the past. Gout is the most common form of inflammatory arthritis affecting around one in forty people in the UK.

A gout attack often starts suddenly causing intense pain from even the lightest touch. The first joint to be affected is usually that of the big toe (though other joints can also be involved) and the pain and inflammation lasts several days. After the first attack symptoms often subside for a number of months, but without treatment most sufferers find that flare ups become more frequent and their duration longer. 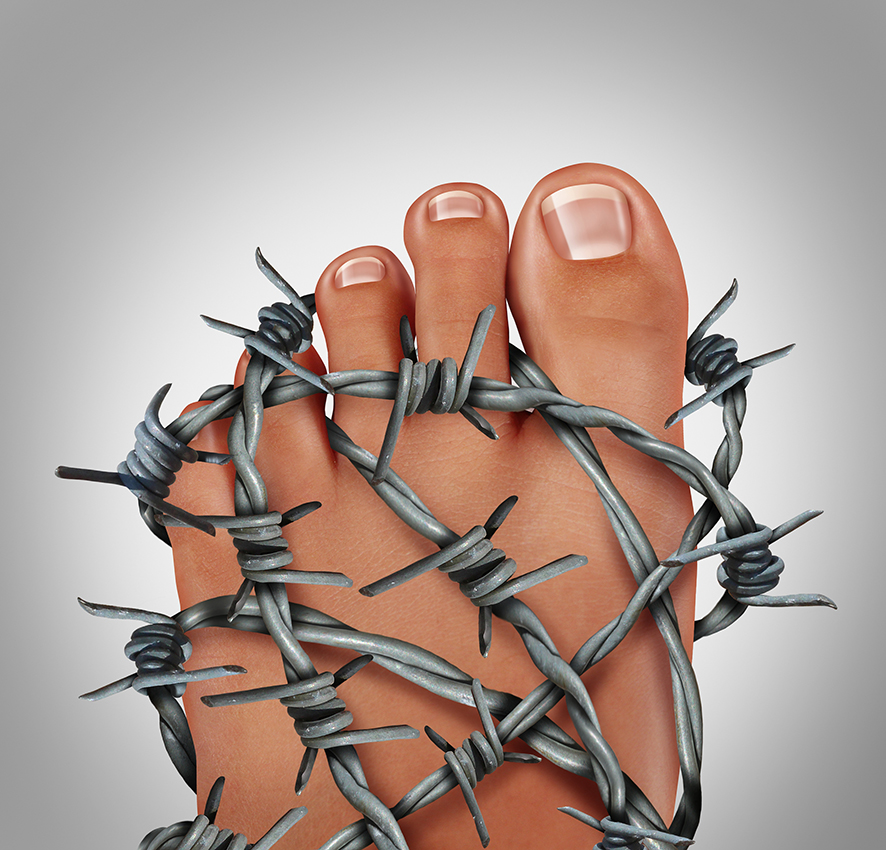 Gout is caused by the build-up of uric acid in the body which forms small crystals in the joints. If untreated, gout can lead to joint destruction, reducing mobility and causing chronic pain. Uric acid may also accumulate in the kidneys causing kidney stones and the list of associated health risks including diabetes, heart disease and chronic kidney disease is sobering.

Gout is not just a pain in the toe. It’s usually a sign that the kidneys or liver are struggling to do their job; however, treated correctly this problem can be resolved relatively quickly, and in the process more serious disease averted.

Tip the Balance with Diet

Dietary changes make a big difference to reducing uric acid  accumulation in the body and preventing the flare ups of gout.

Some foods such as red meats, shellfish and oily fish are high in purines; a type of protein that forms uric acid when it breaks down.

Alcohol is also a source of purines; beer, spirits and red wine have been found to play a significant role in increasing uric acid levels in the blood.

Minimising these foods is the first step to recovery.

So, what to eat? There’s no need to feel deprived or exist on a diet of raw green smoothies. A Mediterranean diet with plenty of vegetable dishes, white fish, whole grains and poultry provides plenty of delicious options to experiment with. Olive oil has anti-inflammatory compounds that can reduce inflammation in the body – used regularly this healing oil can play a part in reducing gout flare ups to a minimum. 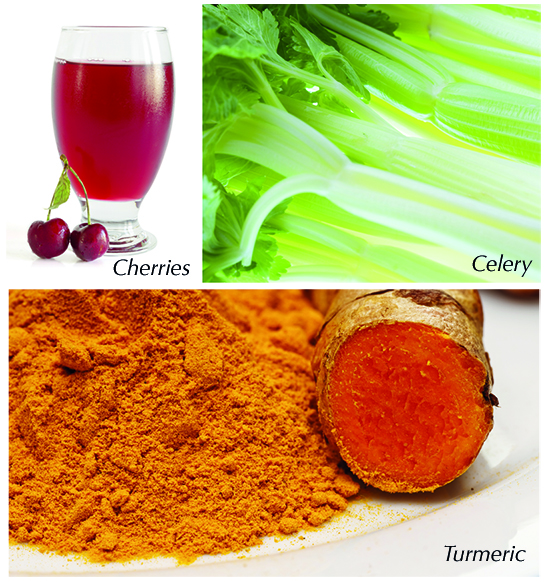 Link it to the Liver

The liver needs to break down uric acid before the kidneys can excrete it from the body in the urine. A liver that is in poor health can’t perform this necessary function and uric acid levels can build up.

Alcohol is well known for its liver damaging effects, but a lesser known contributor is refined sugar. Too much of this white stuff can cause a fatty build up in the liver (even if you’re not overweight) and some studies show that it can be as damaging as alcohol.

A recent study showed that men who consumed two or more sugary drinks per day were 85% more likely to develop gout than those men who only consumed less than one sugary beverage a month1.

nction and encourage the removal of uric acid from the body. The following is a general formula for gout; for individual personalised support please phone the clinic to enquire.

Combine the dried herbs together. Drink as tea after preparing as follows: Use one heaped tablespoon of herbs to one large mug of boiling water. Infuse in a teapot for 15 to 20 minutes, ensuring that the lid is covering tightly. Drink 3 large mugs per day for 3 days then reduce to 1 mug per day for a week.

If you have a serious health condition or are taking any medication, please consult a practitioner before taking herbal medicines.