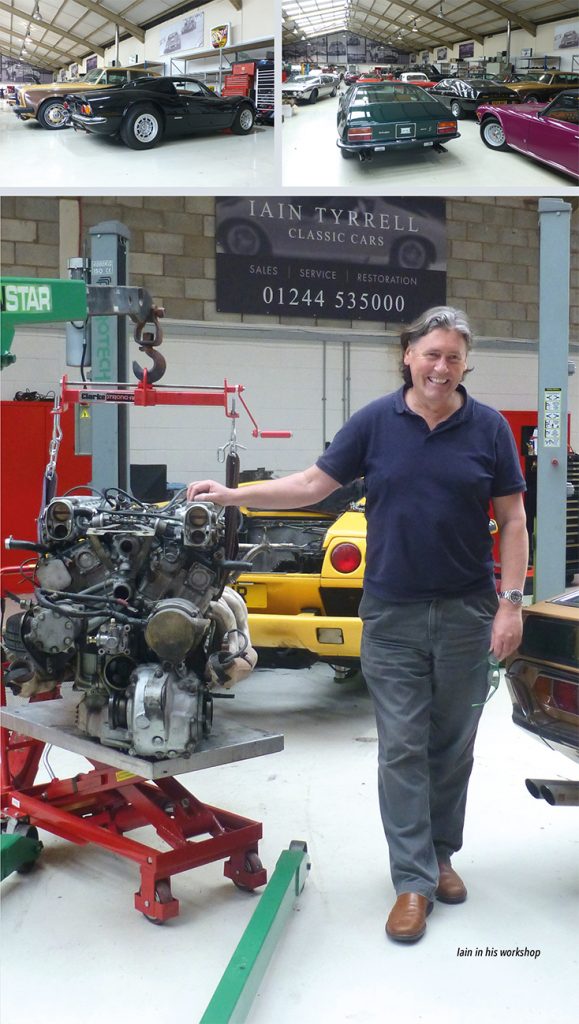 If you search for Iain Tyrrell on YouTube you may well find yourself stumbling upon some slightly grainy footage of him singing It Had to be You on America’s NBC, after having first been introduced and then accompanied by jazz legend Ben Tucker. So impressed in fact was Tucker by Tyrrell’s singing voice that he later called him The Frank Sinatra of Europe. The pair – sometimes joined by Ravi Coltrane – then went on to tour the southern states in 1998. Mr Tyrrell has done various voice-overs for telly too.

But if you’re anything like me, it’s probably an entirely different type of tuning that your searching for, as Iain Tyrrell is considered one of the world’s leading experts on tuning Lamborghini engines – and a host of other exotic machinery as well for that matter. 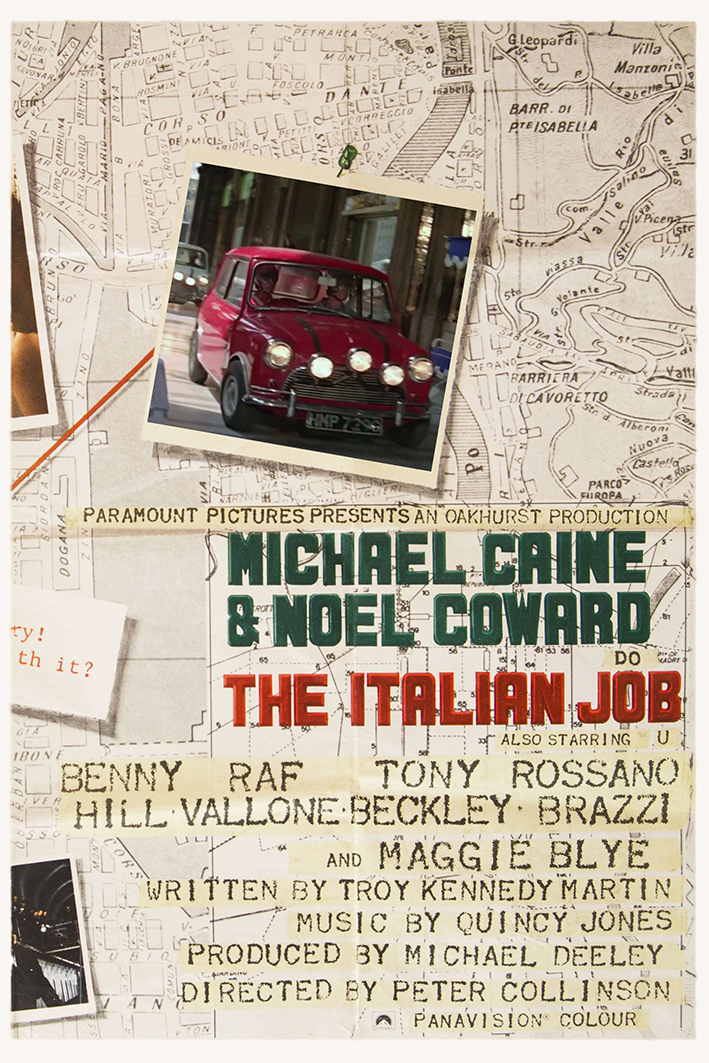 From his workshops near Hawarden in Flintshire, Iain and his small team of hand-picked, incredibly skilled and totally dedicated-to-the-job craftsmen, undertake the kind of car servicing, recommissioning, and restoration that – and having witnessed it recently I speak from first-hand experience here – make those that appreciate such things go weak at the knees. Whether it’s fixing a misfire or a fuelling fault on a little used classic Bentley T2, a full re-trim of a Jaguar E-type’s interior or the complete restoration and then the authentication of the now iconic 1968 Lamborghini Miura that was used in the opening credits of The Italian Job, Iain Tyrrell is your go-to man. 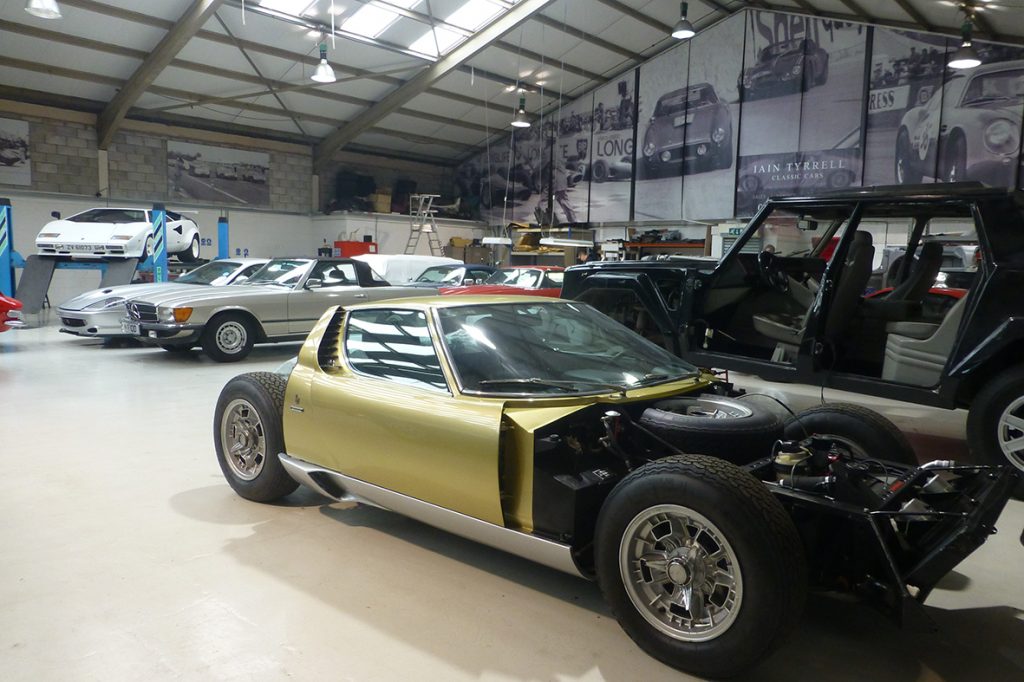 “That particular Miura was life changing” Iain tells me as we sip tea in his office one rainy Tuesday morning. “It was in Paris, in a secret underground car-park. I was naturally sceptical at first, but having worked on Lamborghinis for over 35 years I was able to apply all of the experience I had gained, together with my knowledge of Lamborghini’s early production changes, to narrow things down; they only made 3 orange cars in 1968, just one with a white interior” 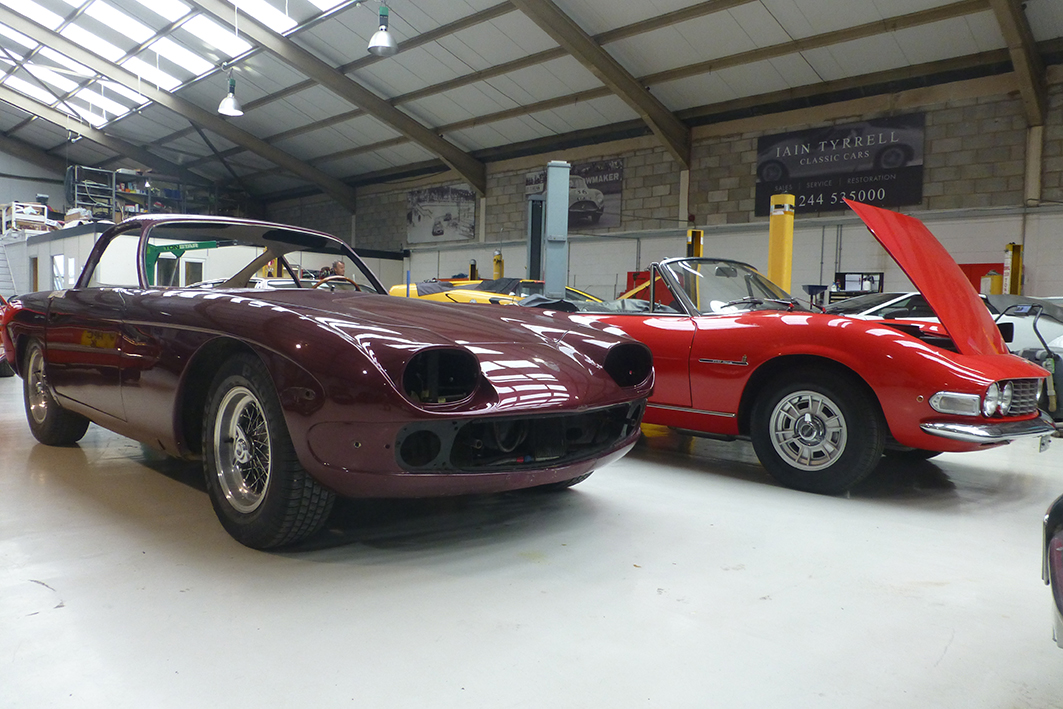 Further investigation did indeed prove that the Miura in that Paris car park, chassis number 3586, was indeed The Italian Job Miura. A car that almost everyone thought had been lost in the mists of time had at last been rediscovered. Both the auto-motive and the film media naturally went a little mad. Nevertheless, it was not until Iain sold the Miura to a collector in Liechtenstein that Lamborghini themselves would make the official confirmation. “They weren’t ever going to let anyone else claim the credit, especially another car restorer,” says Iain. 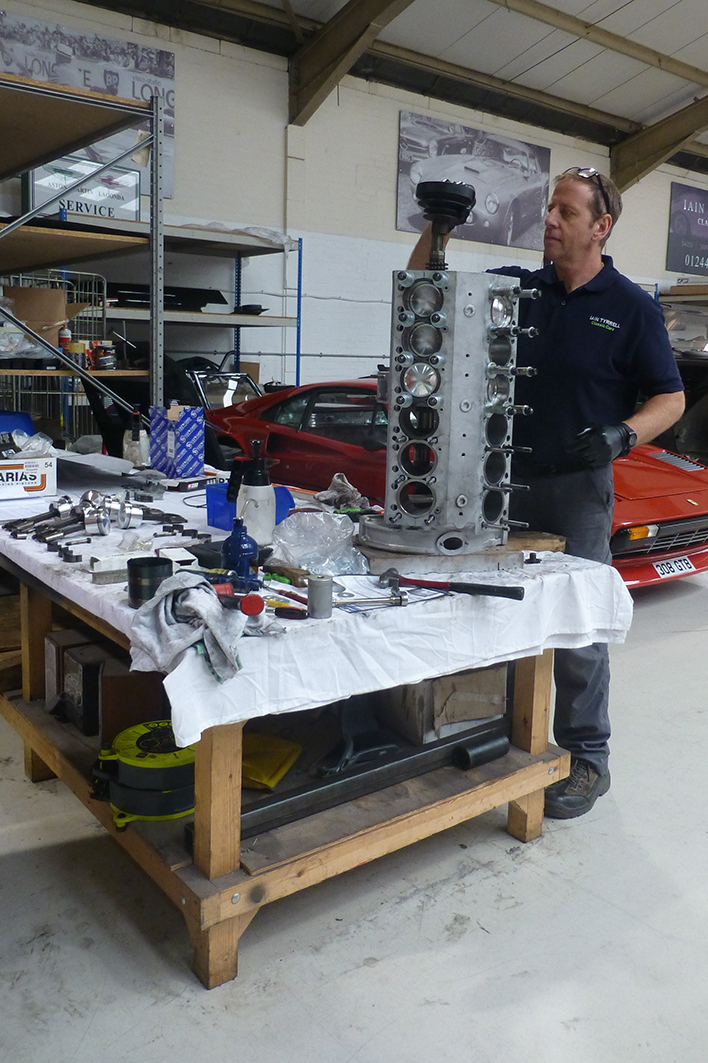 It’s that meticulous attention to detail coupled with a near encyclopaedic knowledge acquired as the result of a life spent working on rare and prestigious cars, that becomes apparent as Iain shows me what’s currently residing in his workshop. In one corner sits a beautiful chairs-and-flairs Ferrari Dino 246GTS “One of only 7 ever built; that’s number 4” says Iain (It is currently for sale); whilst directly opposite two of his mechanics carefully remove the engine from a Lamborghini Diablo SV.

Further on, an elegant Fiat Dino Spider sits next to a Lamborghini 350GT that’s been stripped of its interior ahead of a full restoration. “That’s chassis number 5, the fifth Lamborghini ever built” Iain tells me, as two of three Lamborghini Countachs – the poster car of 1980s – sit patiently awaiting careful attention nearby. A third Countach, black with gold wheels, its engine cover lifted to allow access to its 5-litre V12 engine, looks as if it is in for a service. Even when propped on axle-stands its sharply creased Marcello Gandini designed lines still fail to look no less astonishing than they did when, at little more than eleven, I pinned a picture of what looked like Lamborghini’s spaceship to my bedroom wall. 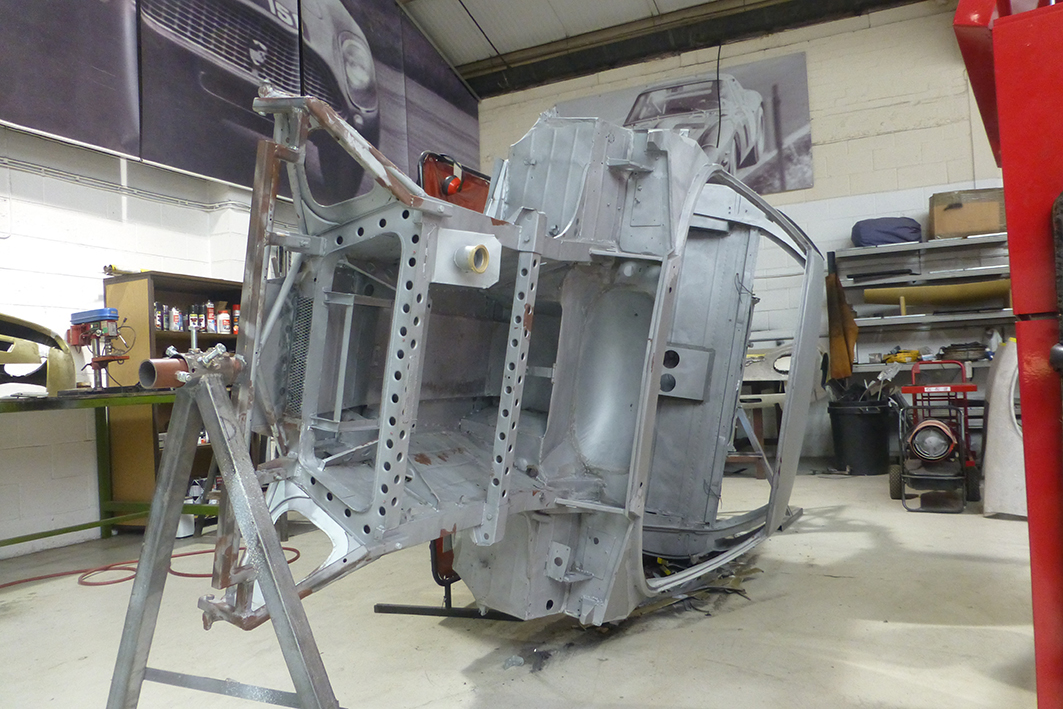 However, it is perhaps the things that even the owners of the cars in Iain’s workshops will never get to see that to my eyes seem so beautiful. The pistons for instance, that were being inserted into the engine of a Ferrari 365GTC – a car colloquially known as a Queen Mary – are works of art in themselves. So too the aluminium castings that make-up a Lamborghini Miura’s engine and gearbox. The sight of a second Miura – “Lamborghini only made 762 of them” – I am most reliably informed – completely stripped ahead of a full and complete restoration is something few people will, I imagine, ever get to see. As someone who once worked in a steel fabrication workshop, I do perhaps inevitably gravitate towards such things. Nevertheless, it is funny to think how something originally designed to be so brutal – with a top speed of 174mph, the Miura was the first car ever considered a supercar – can look so delicate when stripped of its paint and tipped upon its side.

“It all began with a phone call,” says Iain as we head back towards his office “When I was 19 the local Rolls Royce dealer called to ask my dad if I’d consider an apprenticeship. Dad told me to go for it. Two years I later started my own company, Tyrrell Engineering, and since then I have never looked back.” When I ask him if he has any plans for retirement he simply replies, “What would I do? I am currently looking for an apprentice though. Perhaps you could mention it?”

Ever since that rainy Tuesday morning, part of me has been secretly wishing the phone would ring, and Iain would offer me the job.