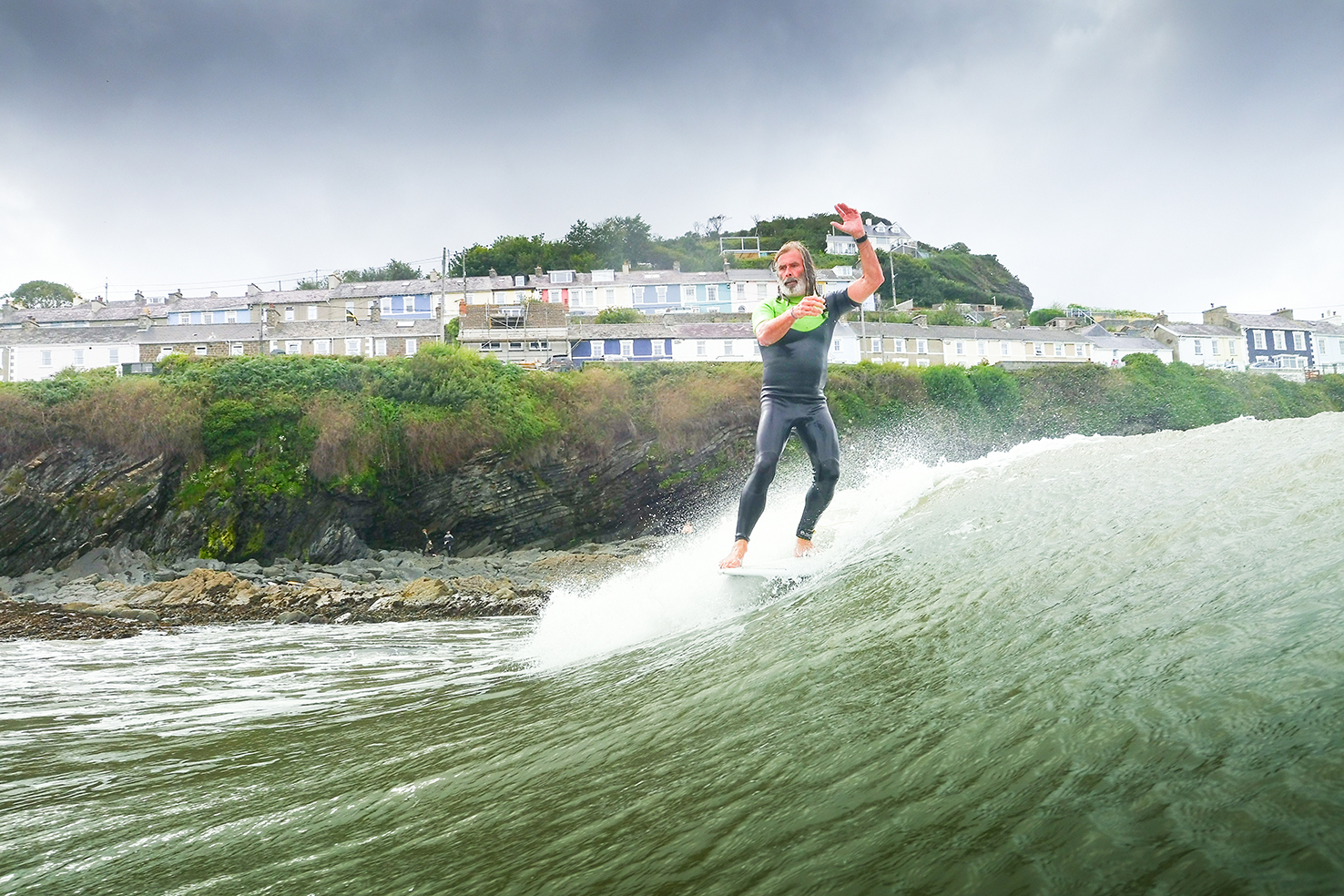 Worth the drive to find a perfect peeler on which to perch PIC: Paul Gill 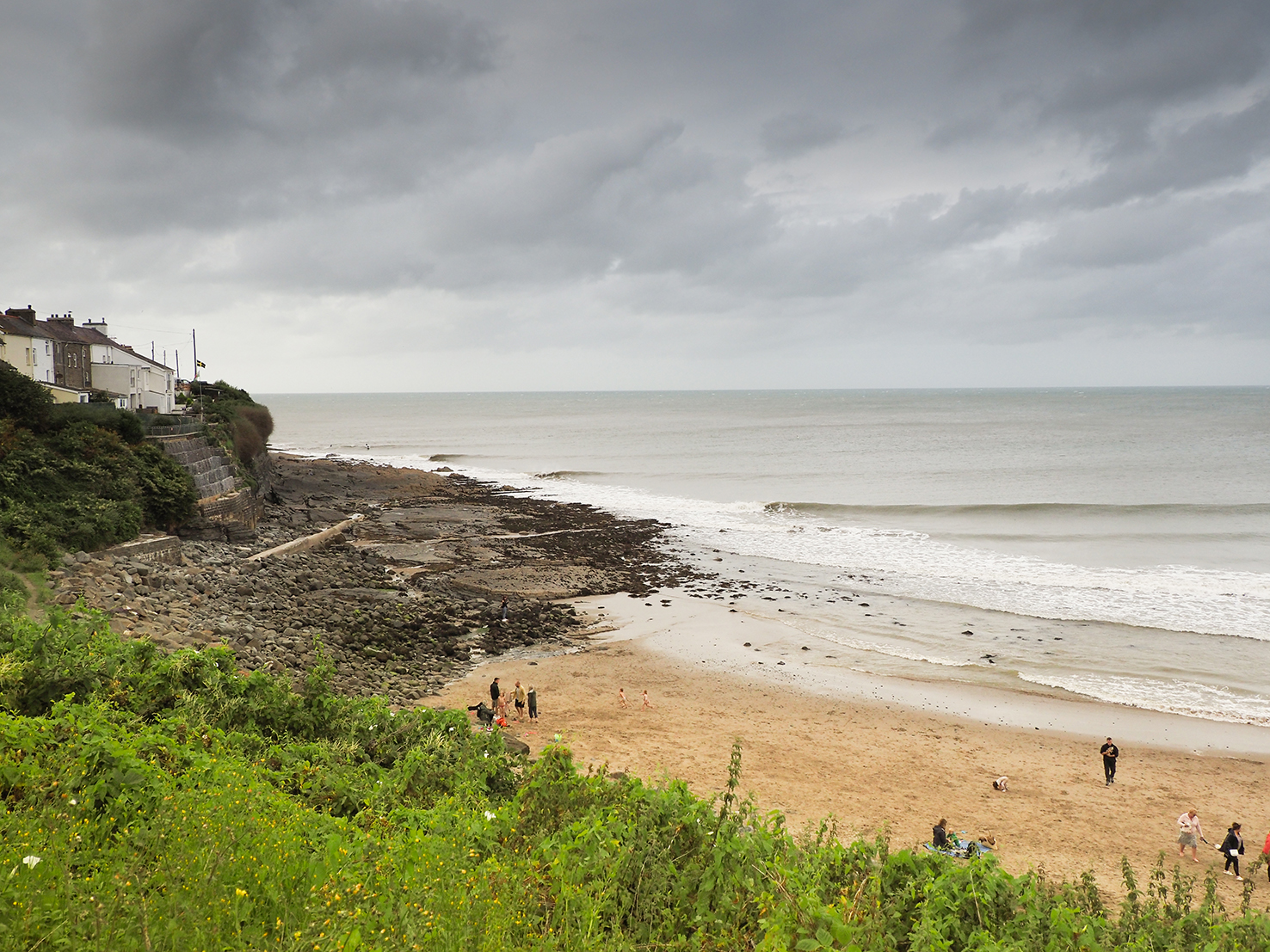 Towards the end of August, Storm Ellen brought the summer to an abrupt halt. 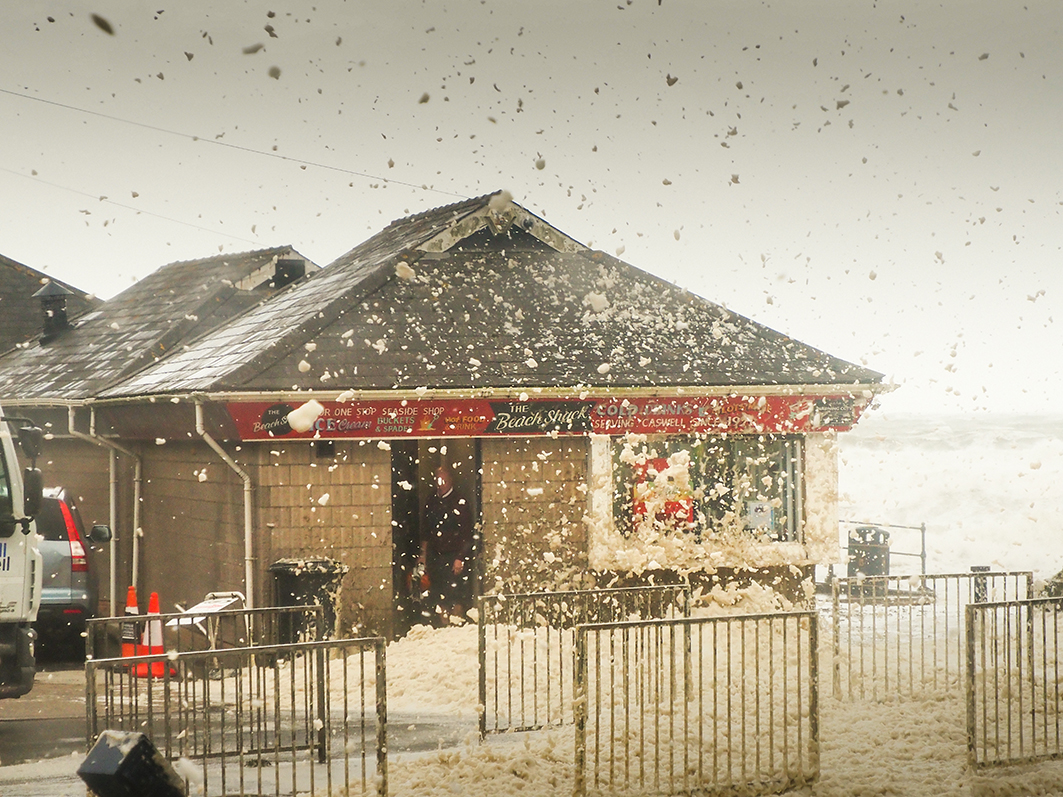 Caswell bay looking great for a foam party but with huge waves and crazy wind, surfing was a no go!! PIC: Guts

With over 60 miles an hour winds and torrential rain wreaking havoc across the UK. Because of the path the storm took on its way to us, she brought with her some truly enormous waves to the whole Welsh coast which should have been great news for the local surfing fraternity. Unfortunately, the swell coincided with the full brunt of the wind which turned an epic swell at most of the usual surf beaches into a mashup of foam and unrideable blown out waves.

So the hunt was on to find somewhere sheltered from the elements enough to still have some good shaped waves.

For Gower, this usually means Oxwich Bay. But, with everyone having the same idea, it was likely to be super busy. 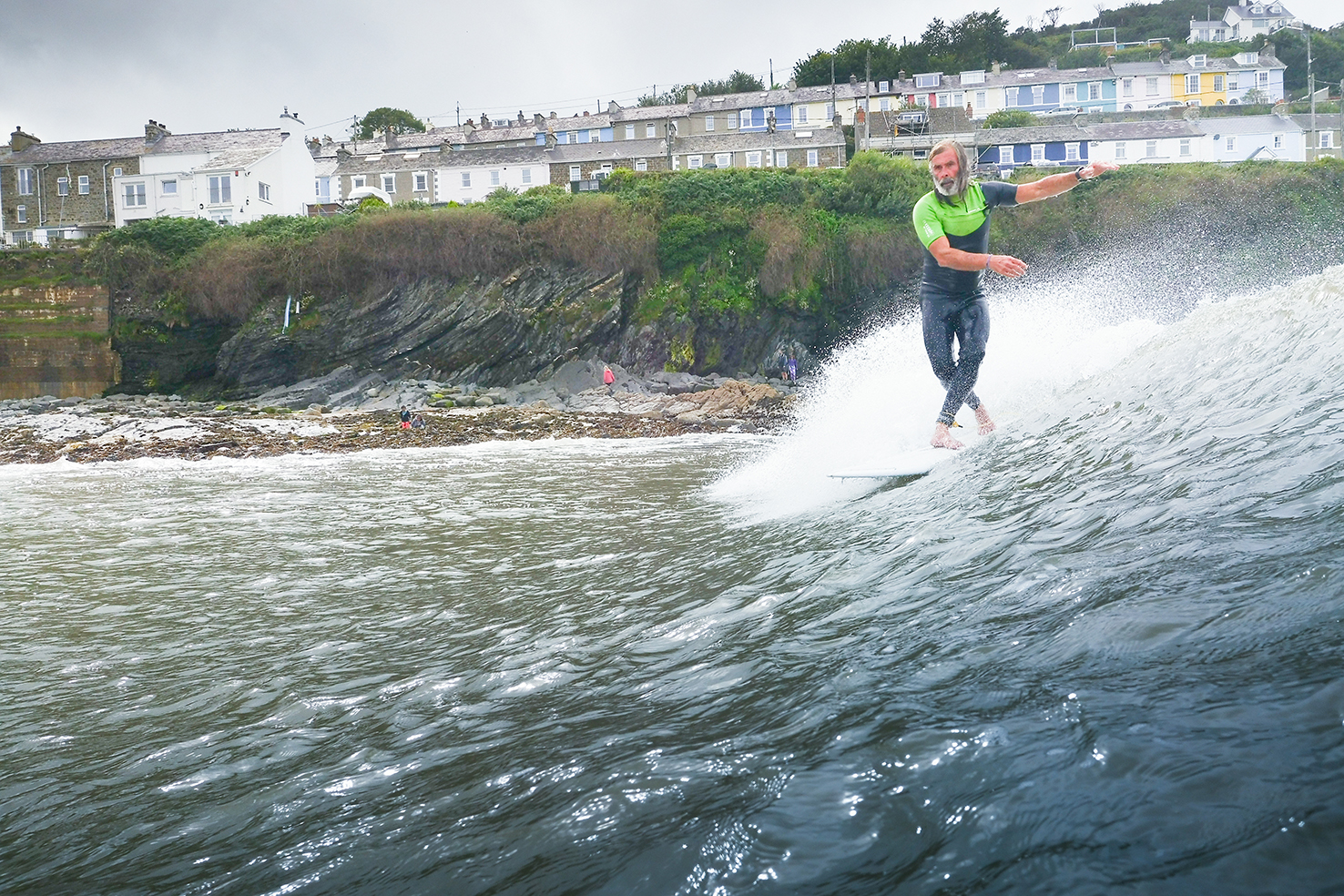 Guts cross stepping on a pristine point, as the storm rages over the hill PIC: Paul Gill

I decided to roll the dice and look for somewhere a little further afield, which could possibly be epic and a lot quieter, but wasn’t a sure thing. So with Paul Gill and his camera in tow, we set off on a mini road trip away from Gower in the hope of striking it lucky. I think I can safely say, it was mission accomplished. 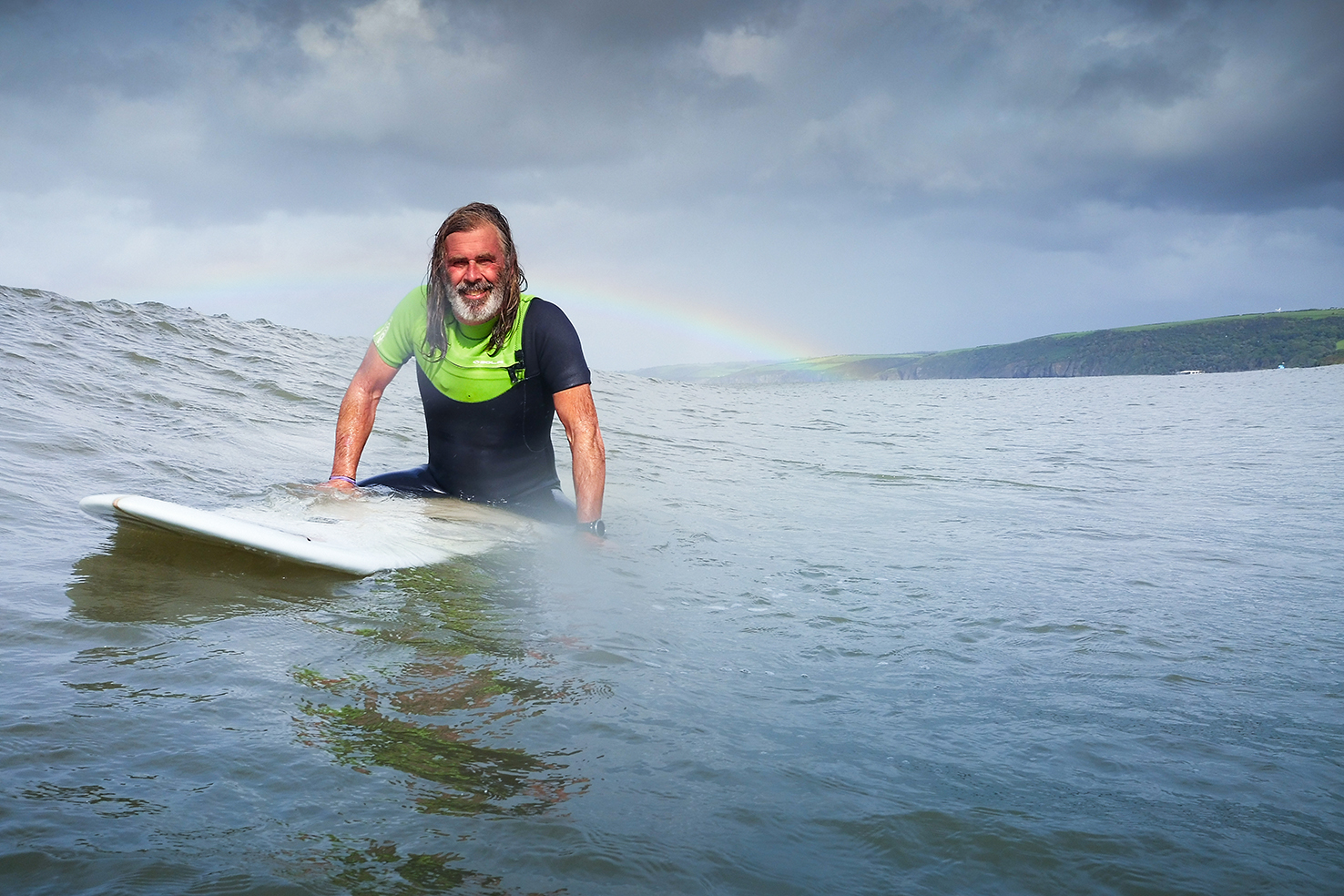 The smile says it all PIC: Paul Gill