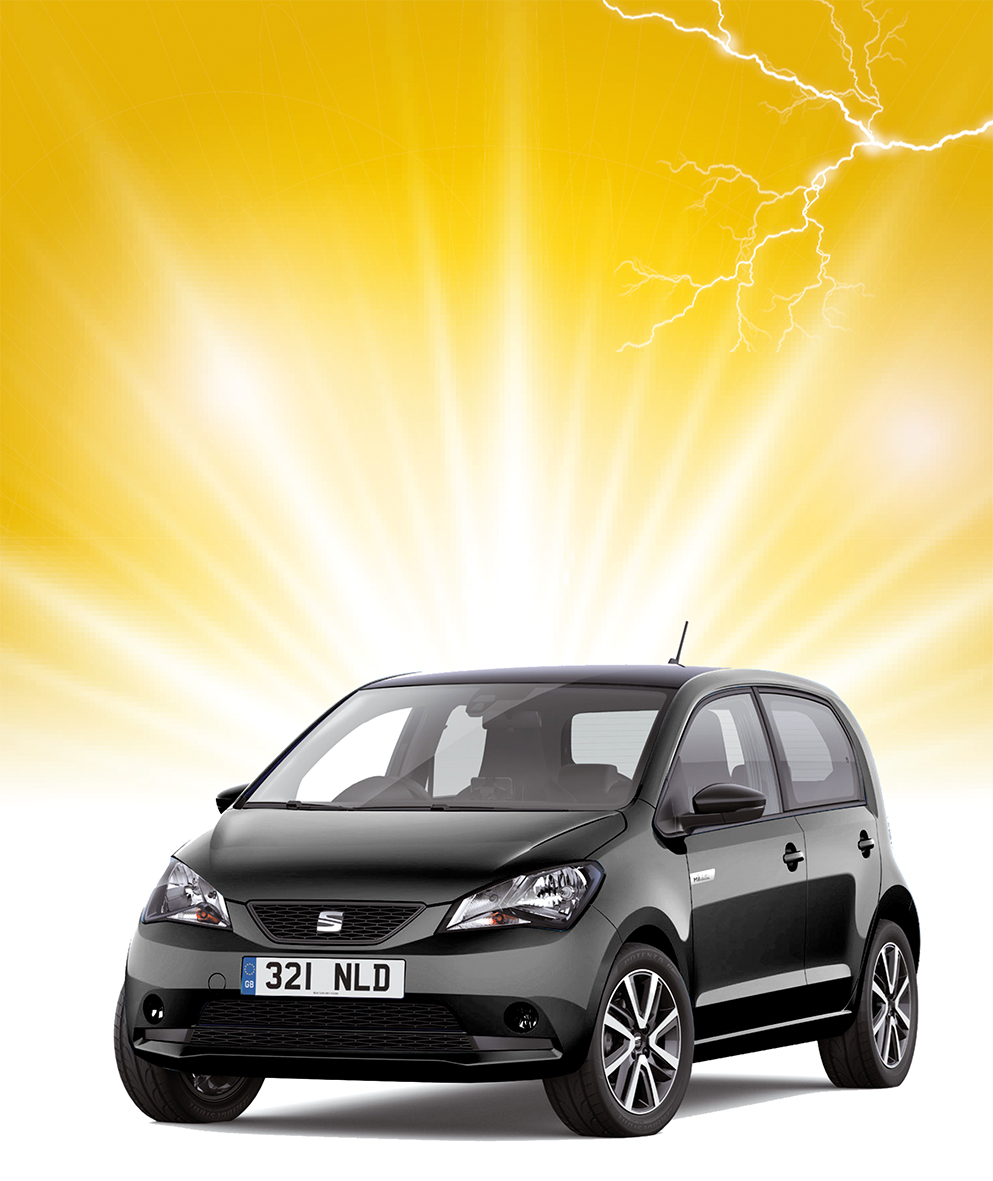 You can’t buy petrol anymore in the town where I live. A few weeks ago, the little filling station which was literally a stone’s throw from my front door, closed for good. A day or two later an excavator arrived to dig the tanks out, and the pumps were taken away in the back of a van. Talk about the end of an era… paraffin from the local ironmongers notwithstanding, the nearest liquid fossil fuels are now six miles away.

However, because of the local fire station’s recent refurbishment you can still refuel your car. That is, if your car is electric. Fortunately, Pugh, Pugh, Barney, McGrew, and the rest of the team thought it a good idea to connect this particular part of The Far Unlit Unknown up to the BP Chargemaster Polar net-work; it has certainly been fortunate for me recently, that’s for sure.

You can’t buy a new petrol SEAT Mii anymore either, no matter where you may live. If you want SEAT’s little city car, or indeed its near identical Skoda Citigo equivalent, you can now only buy one with an electric motor. Guess what SEAT delivered here last Wednesday.

Were it not for the extra badging on the Mii electric’s tiny tailgate, and under its door mirrors, you’d be hard-pressed to spot the difference between it and the petrol powered version that once went before. Even the filler cap is in the same place, only now it hides the sockets for both the A.C, and the all-the-more-faster D.C, charging cables. 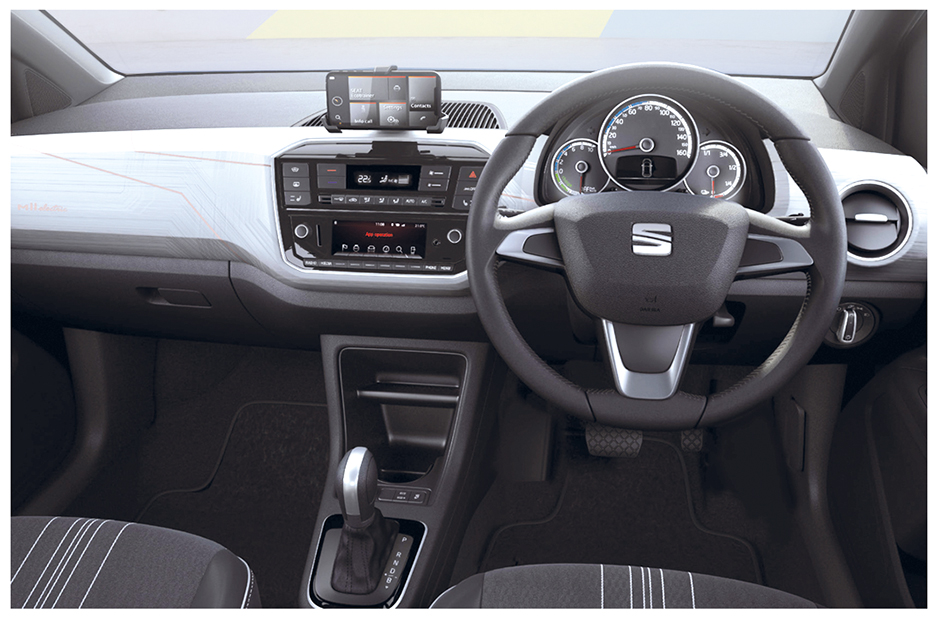 The inside of the Mii too, feels very familiar. You still get the same dashboard complete with analogue dials – there’s even a “fuel” gauge. The high backed driver and passenger seats and driving position are identical; the rear windows in the five-door version still pop-out on over-centre clips rather than winding down, and there’s still room, just, for two adults to sit behind two more – albeit perhaps only for short journeys. The air-conditioning is the same, so too the digital radio and SEAT have retained the clever clip that holds your phone so you can use it as a sat-nav or, if you down-load the Drive Mii app that allows you to connect via Bluetooth, access to a host of different trip-computer functions. It all works rather well, and because it’s all familiar VW group stuff, it all feels built to last too.

You even start, or perhaps I should say switch on, the Mii electric with an ignition key, just as you would have in the petrol version. It is then, that you notice the difference.

There is no noise, because there is no internal combustion: no pistons, no sparkplugs, and no engine in fact. Underneath the Mii’s electric’s bonnet you will find a… well, I’m not really sure. I assume it’s the motor and the clever electronics that control it all, apart from – the screen-wash bottle and what looks like a conventional car battery – presumably it runs things like lights and wipers – it’s all a bit Tomorrow’s World to me. The only dipstick I could find was the one looking back at me in the rear-view mirror.

What I do know though, is that the other battery, the big one, the one you have to charge, is under the back seat. Which, incidentally, mean’s the Mii electric’s boot is tiny. There’s no spare wheel either. 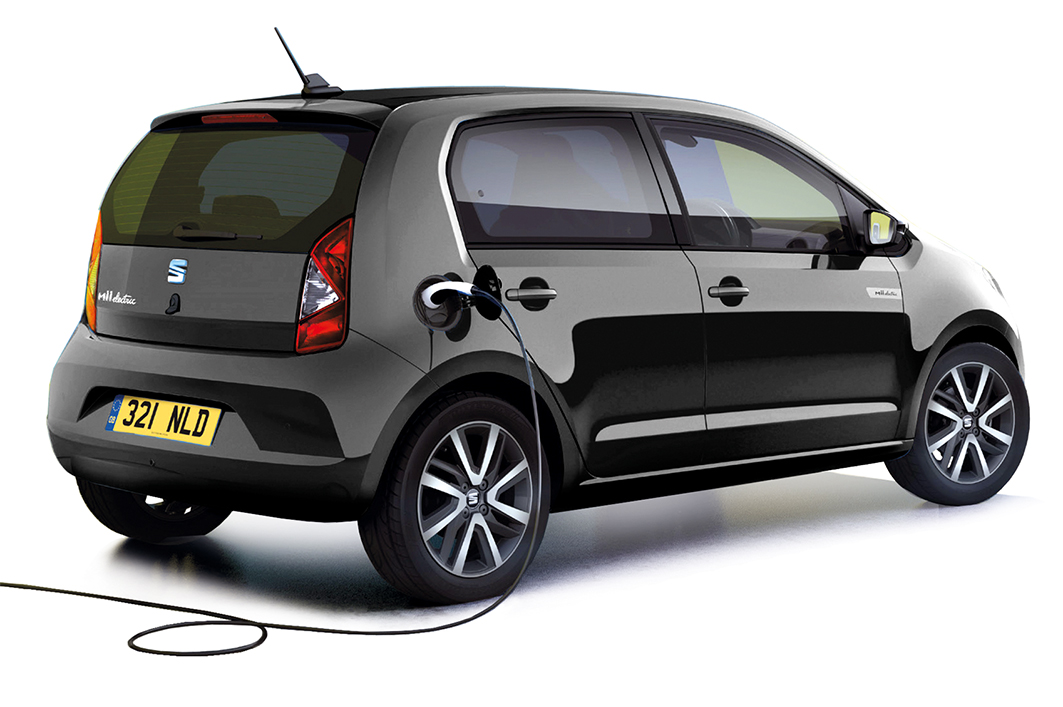 Once fully fuelled with electrons – a process that can take anywhere between just 40 minutes or a near calendar-worthy 16 hours, depending upon what charger or electrical supply you have access to – the Mii electric then has a range of 161 miles before you need to plug it in again. Hardly the stuff of grand tours maybe, and out here in the sticks even a day’s shopping requires careful advanced planning.

Nevertheless, if you lived on the edge of town, you have a short commute, or you live somewhere where quick chargers aren’t still considered the work of witchcraft, the Mii electric might suit you quite well. I’d still keep a bigger petrol or diesel car at home though, for when longer distances need to be covered – especially if I needed to carry a friend or two and more than just their toothbrushes.

And there lies the compromise…

The Mii was originally designed to be a city car, and when powered by electric its relatively short range means now that is evermore the case. At circa £20K even after a government grant, for its size, it could be considered expensive too (Honda’s all-new E, is pricier but feels lightyears more-to-date, by comparison). Still, the Mii electric is great to drive, feels solid as a rock, and is relatively – once you’ve found-out where the chargers are or had one installed at home – easy to live with.

That said, a quick search through the small-ads would be all it would take to find a little-used petrol-powered Mii, Skoda Citigo, or even the perceived-to-be better-quality VW Up, for a quarter of the price.

Call me a Luddite if you like, but perhaps 6 miles isn’t that far after all.

Many thanks to Craig at Seat’s UK press office for the loan of the Mii electric.