After a break of five months, Emlyn Roberts-Harry has been back doing what he loves best – going to the cinema. Emlyn lives in London, where restrictions have been lifted ahead of us here in Wales.

On 7th August, I went back to the cinema for the first time in almost exactly five months. I couldn’t tell you the last time I went that long without seeing a movie the way they’re meant to be seen. And with every-thing coming back online gradually (although not safely enough for my tastes in some cases), there isn’t exactly a wealth of new releases, with the studios understandably cautious in light of the plague still sweeping the globe. As such, I ended up seeing – for the first time – The Empire Strikes Back, one of my very favourite movies, on the big screen. It was wonderful.

There really is no substitute for the theatrical experience. Sure, some cinemas leave a bit to be desired and many fellow audience members certainly do, but at the right place with the right crowd nothing beats it. When the massive screen lights up, filling your vision and obliterating all distractions, to draw you into a brand new or (in this case) old favourite world, it’s hard to imagine anything else doing the job quite so well. Even the best home cinema set-up has to contend with the perpetual potential distraction that is your phone. But in the cinema, everything that isn’t the movie stops existing when the projector fires up, and you’re taken to that galaxy far, far away like you can never be at home.

This isn’t a review as such, and I’m sure I don’t need to tell you how good The Empire Strikes Back is, but good grief seeing it properly hammered home what a ridiculously great movie it truly is. Everyone talks about how it’s superior to A New Hope because it’s darker, but that’s always struck me as hopelessly reductive. It is darker, but it’s also funny as hell and deeply romantic; it expands the scope and goes more mystical while digging deeper into the characters; it’s flipping gorgeous – the carbonite freezing chamber looks truly infernal on a big screen; and it gave us one of the greatest plot twists in cinema history, which still hits like a hammer even after being referenced and parodied to death. What I wouldn’t give to be able to erase my memory of this movie and watch it for the first time again.

Empire is a film I’ve seen dozens of times, and to see it at the cinema has long been an item on my bucket list. All the same, it took quite an effort of will to actually go and see it; under ordinary circum-stances you couldn’t have kept me away, but the circumstances are about as far from ordinary as any we’ve experienced. It’s great to be able to go back to the cinema, but we all still need to be extremely careful and considerate to others. Online ticketing is a godsend here, and I spent most of the day preceding the screening checking to make sure it wouldn’t be too busy. And we all really need to wear our masks when we go to the movies (and most of the rest of the time, let’s be frank). Take it from me: between the film and the air conditioning, you’ll stop being consciously aware of your mask about ten minutes in. 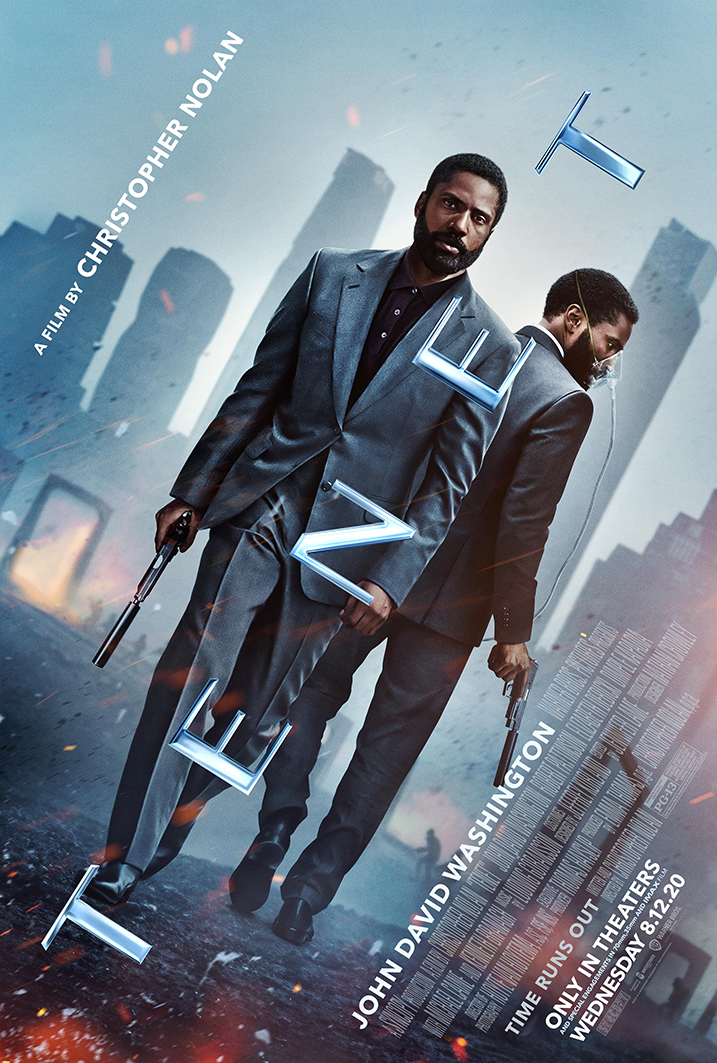 Remember: the only time Darth Vader takes his mask off in Empire, it’s when he’s inside an (presumably sterile) isolation chamber. When he takes it off out-side that chamber in Return of the Jedi, he – spoiler warning! – dies moments later.

The drought of new films will hopefully be over by the time this goes to print, with Christopher Nolan’s rabidly anticipated time-twisting spy thriller Tenet a mere couple of weeks away as I write this. Things are, seemingly, getting back to something resembling normal and – for me – going out to the movies is a huge part of my “normal” life. Being away for five months really made me realise how true that was, and I’m thrilled to be able to go back. But it’s still a precarious situation and we all need to do our bit to make sure things don’t get worse; the pandemic is far from over and we can’t just fall back into old habits, no matter what some people might have you believe.

“Movie magic” is a cliché, but it is so for a reason, and it’s only in the cinema that we can truly fall under its spell. Let’s all make sure we can keep doing that, and safely. May the Force be with us.