Halloween, as we know it today, is very much an American holiday.

Grinning pumpkins glare at us from the windows of shops, while children are given free rein to cause a little harmless havoc unless we placate them with a fun size chocolate bar.

But did you know that long before the jack-o’-lanterns, horror films and trick or treating landed on these shores from across the Atlantic, the Celtic people of Britain and Ireland already had a festival of their own which was observed on October 31?

In Wales, Halloween is known as Nos Calan Gaeaf, and is marked ahead of the arrival of winter on November 1. On the one hand it was a time for celebrating and rejoicing, because it marked the end of harvest and the final big party before the long winter ahead. But it was also a time of apprehension, with no more food to be found until the arrival of spring, and the threat of some incredibly cold and bleak months ahead.

Welsh folklore tells us that it was also a time when supernatural activity reached a crescendo, and Halloween is not alone in being the only spooky night in the Welsh calendar. One of three ‘spirit nights’ or Ysbrydnos, it is a time when the barrier between our world and the otherworld, the realm where the dead and unnatural creatures dwell, was at its thinnest. This allowed ghosts and goblins to easily pop back and fore between our world and theirs and, as a result, their favoured haunts such as crossroads and churchyards are best avoided on this one night of the year.

Unless, of course, you want to meet with these paranormal pranksters, in which case you know where to find them! 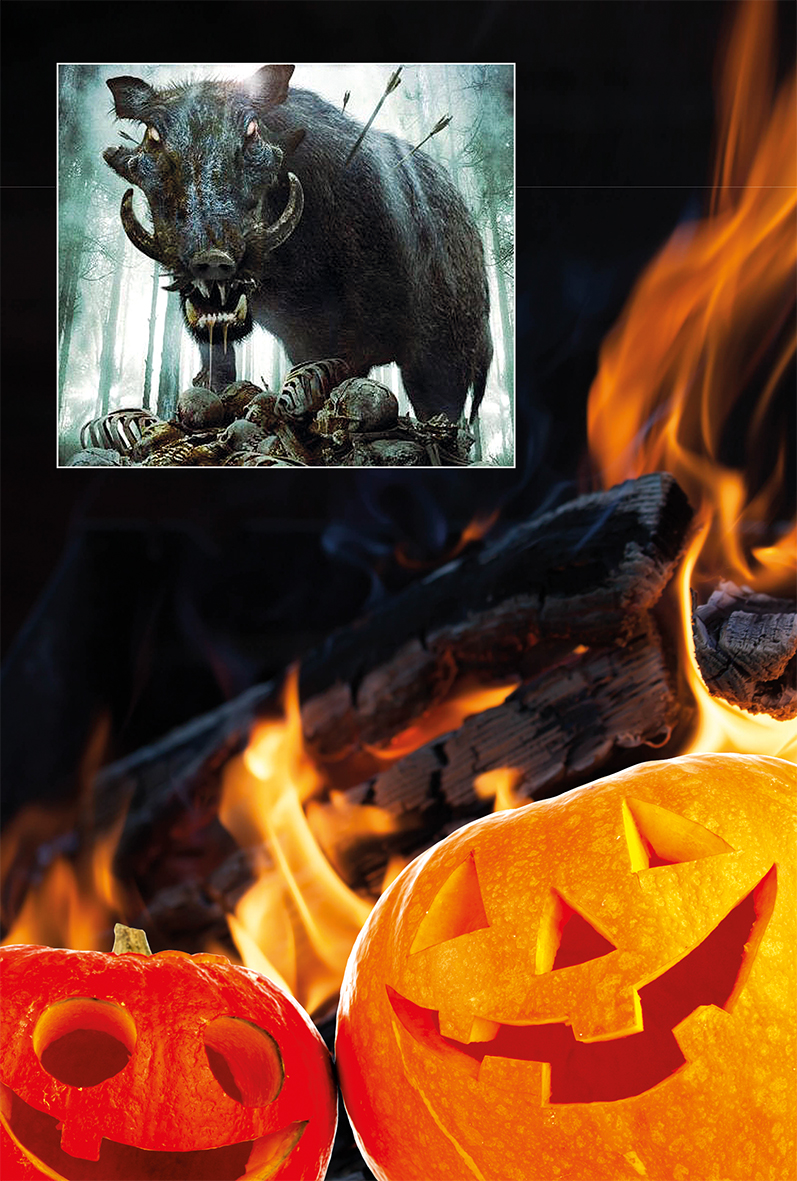 The most feared of all these otherworldly visitors was Yr Hwch Ddu Gwta, the tail-less black sow, which was usually accompanied by a headless white lady. An encounter with this pair would be most unfortunate and could lead to the loss of your soul unless you heeded the words of this rhyme of warning: ‘Adref, adref, am y cyntaf / Hwch ddu gwta a gipio’r olaf’ (‘Home, home, at once / The tail-less black sow will catch the last.’)

A popular custom was the coelcerth, the Welsh word for bonfire, which could also be used to divine the future. Everyone placed a stone into the fire that they could identify as their own, such as writing their name on it or by choosing a stone with a distinctive colour or shape, before retiring to bed. If anyone’s stone were missing the following morning, it could only mean one thing – death within the next twelve months.

Other means of divination were also popular with young girls hoping to glean some secret details about their future lovers, but usually took place in the privacy of their homes and involved the use of mirrors, candles, and other magical household items.

And while a jack-o’-lantern carved from a pumpkin might be a modern-day staple of Halloween sent to us from the USA, in Wales it was known as Jack y Lantern and traditionally carved from the much sturdier swede. But far from being an inanimate decoration, the Welsh lantern was a ‘dreaded ghost’ which lit up the dark forests after the shades of night had fallen to lure unsuspecting travellers to their doom.

So, the next time somebody tries to tell you that Halloween was invented in America, be sure to point out that Nos Calan Gaeaf has been celebrated in Wales since the days of our Celtic ancestors, and many of the later traditions can be traced back through the centuries. 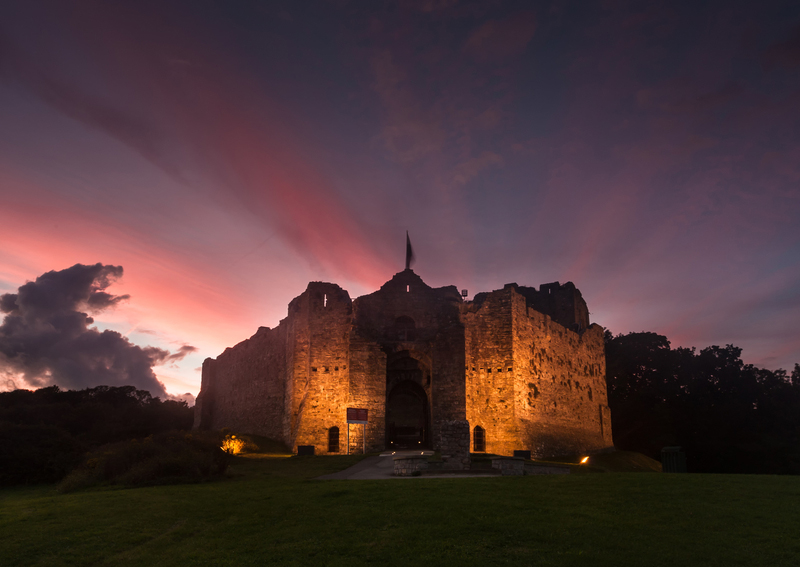 As darkness falls on Oystermouth Castle, one of Swansea’s more mysterious inhabitants emerges from the shadows to peer out over the village of Mumbles.

While there are many theories as to who this enigmatic “white lady”was, one tragic legend published in 1879 claims to know her identity.

The tale begins when the castle was in the care of Earl Neville, a particularly evil Norman lord who imprison-ed a monk in his dungeon and allowed him to starve to death. As the end drew near, the man of God passed on these words to the a kind-hearted sentry who had been trying to help him survive by hiding morsels of food in a pillar in his cell: “if any good man or woman, free of sin, should come to the pillar, and pray there, and pace around it nine times, his or her wish would be granted.”

During an incursion to Ireland, the Earl raided and burnt down a bishop’s palace and claimed the bishop’s niece for his wife. She was desperately unhappy in Wales and was treated appallingly by her new husband, but her kind nature endeared her to those who worked in the castle who named her the “white lady” because of her pristine clothing. In a bid to help her escape her tormentor, one of the servants revealed the monk’s pro-phesy and, with nothing to lose, she decided to put it to the test while her husband was away hunting in Gower.

She crept into the dungeon in search of the “wishing post” and followed the instructions to the letter. The next morning, she was found lying in bed as peaceful as a saint, and her wish had indeed been granted, although not quite as anyone had expected. She was dead, and finally free. 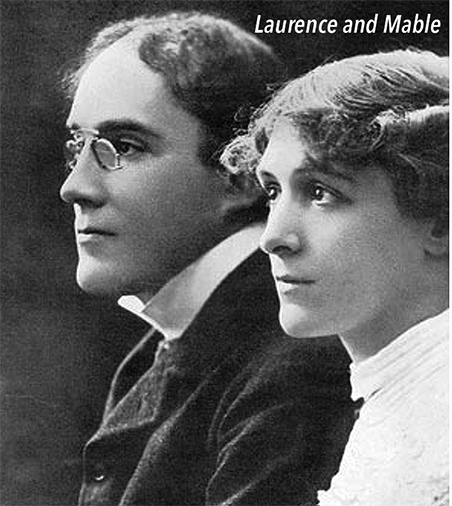 The spirit of a woman who has been seen, heard, felt and smelt at Swansea Grand Theatre is thought to have a close family link to a celebrated Shakespearian performer who visited the theatre on several occasions. As with the “white lady” of Oystermouth, there are several theories as to the identity of the woman, or women, said to haunt Swansea’s flagship theatre, but the most likely theory – as revealed by Ian Parsons in his book Swansea’s Grand – is that she could be the spirit of Swansea-born actor Mabel Lucy Hackney Irving, who married Sir Henry Irving’s son Laurence in 1903.

Having performed alongside her father-in-law in her home-town annually from 1911 until 1913, she was due to return in 1914 when both she and her husband were killed when the RMS Empress of Ireland sank following a collision.

On her final visit to Swansea Grand Theatre, she is claimed to have promised her wardrobe assistant that not only would she come back to perform the following year, but that ‘When my performing days are over, I want to come back to this lovely town, and spend my evenings on the other side of the curtain, watching other people act.’

Late in the evening of May 29, 1914, she made a surprise appearance in front of her dresser, and after saying that ‘I told you I would return, but I can’t really stay long,’ made a sharp exit. The next day, the stunned theatre worker read in a newspaper about the accident which had taken her life on the very same night that she had spoken with her. 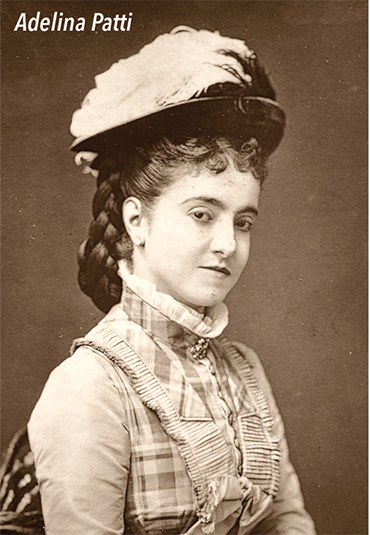 In the nineteenth century, Craig-y-Nos Castle became the fairy-tale home of arguably the most famous opera singer to settle in Wales. In more recent times, it has become equally well-known for reports of things that go bump in the night and has hosted many a paranormal investigation and TV show cameras.

A larger-than-life character, Adelina Patti herself has, naturally, been assumed to be the source of many of these ghostly accounts. Several members of her extended entourage are also suspected, including her second husband, the French tenor Ernesto Nicolini and, somewhat unlikely, the Italian composer Gioachino Rossini who, while being a close friend, as far as anyone knows never actually visited Craig-y-Nos, or Wales for that matter.

It is claimed that Patti’s trademark song “Home, Sweet Home”, which was written by John Howard Payne for his opera Clari in 1823, has been heard inexplicably floating throughout the premises, and no source for the singing being found. In one anecdote, a pianist who had never heard the song before felt compelled to play the melody.

Towards the end of her career, Patti recorded several songs at Craig-y-Nos, and some paranormal investigators have attempted to communicate with the prima donna by playing these tracks inside the building.

It is said to be a relatively successful form of communication, although Patti does not always respond favourably and can make her feelings known with some angry activity. This could be due to the fact that the songs were recorded in her sixties and, as such, do not represent the singer at the peak of her powers. If these reports are true, maybe it suggests that the original “diva” still maintains her high standards after all this time! 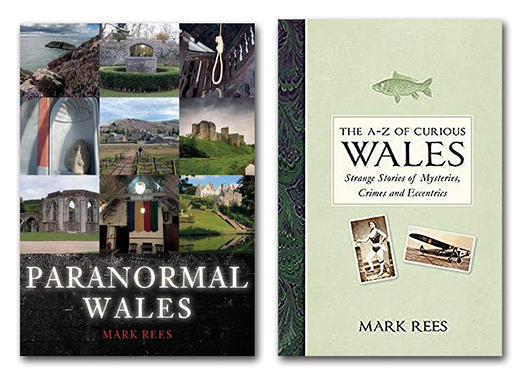 Mark Rees has published a number of books about Wales’ weird and wonderful history, and this article has been compiled from two of the most recent: Paranormal Wales (Amberley Press, 2020), a spine-chilling journey in search of Wales’ “most haunted” places, and The A-Z of Curious Wales (The History Press, 2019), a compendium of peculiar customs and curious characters. Both are available now from all good bookshops. For more details visit markreesonline.com