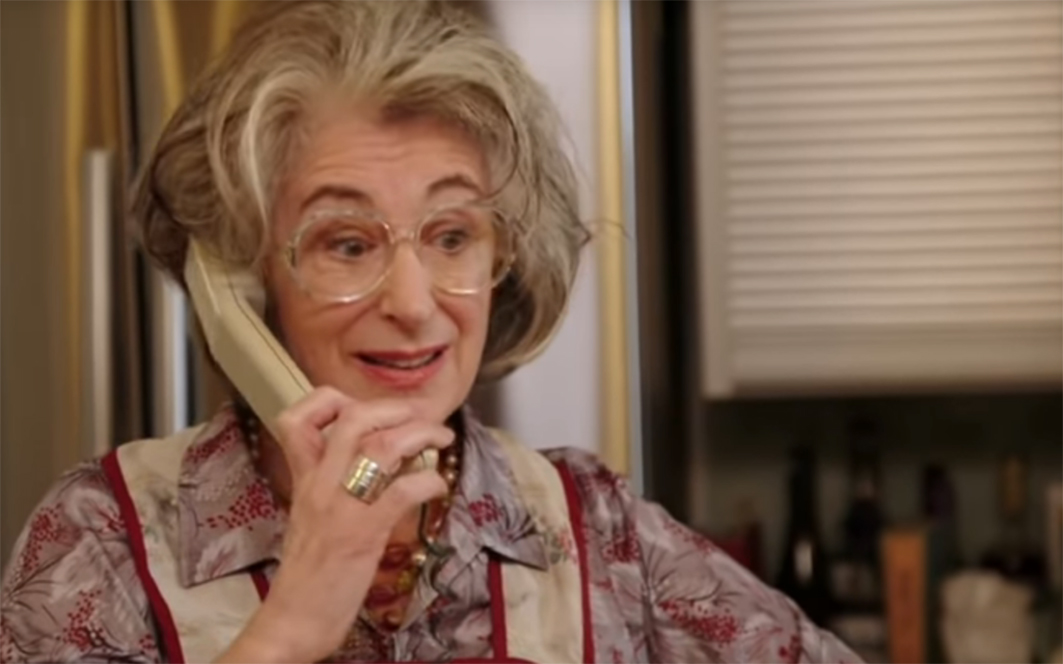 Do you remember the 1980s/90s BT television adverts, with Maureen Lipman (right) portraying the Jewish grandmother, Beatie? (BT get it?) Later during the late 90s, the BT adverts starred the late Bob Hoskins, who used the slogan “It’s Good to Talk”

Where did it all start? 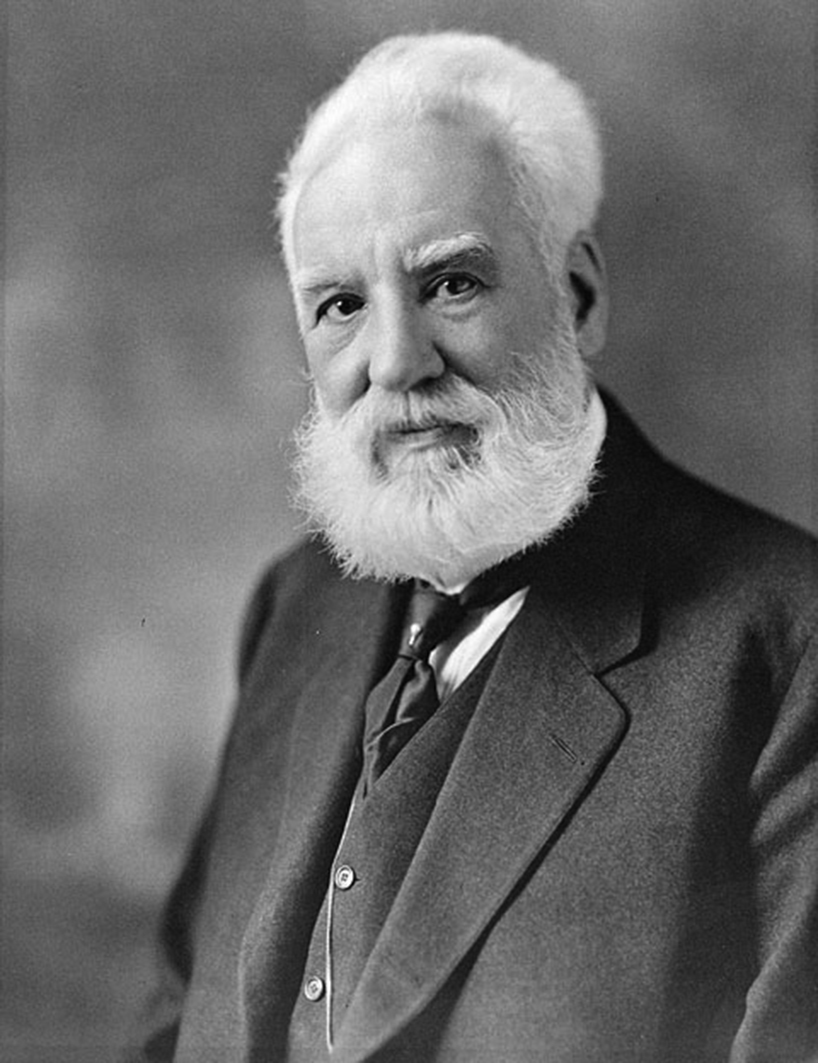 The history of the telephone dates back to when Alexander Graham Bell (left), invented and patented the first working telephone, during the 1870s. Mr Bell, was working in a Boston laboratory when he made the first call on the 10th March 1876, to his assistant “Mr Watson, come here – I want to see you”

In the 1890s the first type of telephone to be produced was the Candlestick design. This was an upright phone with the mouth-piece at the top of the stand with a separate receiver. Local calls could be made directly, however long-distance calls had to be made via the operator.

These phones made way for the “wind up phone”, known as the Magneto Phone. These were quite common and were used in communities where there was a limited supply of electricity. The phone was wired to a cent-ral switchboard that would connect the caller to another telephone via cords. The telephone microphone was powered by a battery which was hand cranked to signal to the exchange that you wanted to make a call. 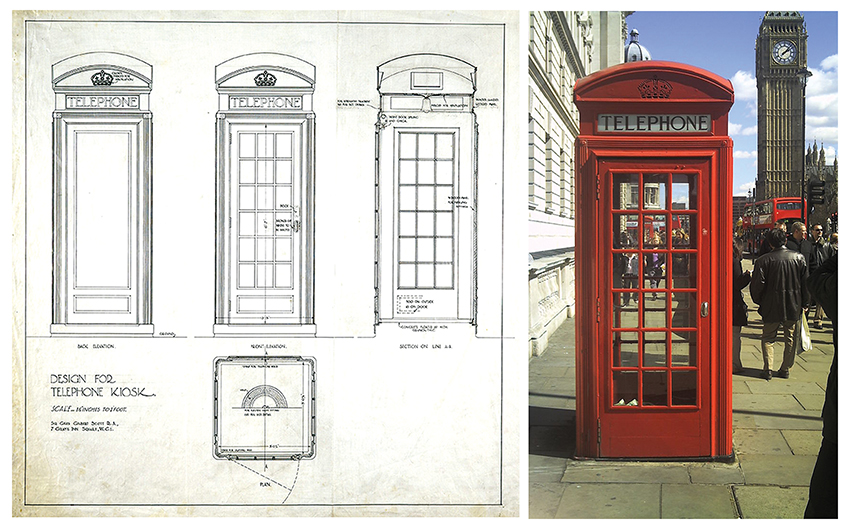 The red telephone box is a British icon. They date back to the early 1920s when a competition was held to design a telephone box. The winning entry was drawn by Giles Gilbert Scott, an architect – his design was drawn on linen sheets. His design was called the K2 Telephone Kiosk and was in production by 1926. These boxes proved to be expensive to produce and a further design K3 was drawn up, which used cheaper materials. Today, very few K2 and K3 boxes are left, and those that are have been granted with Grade II listed status. 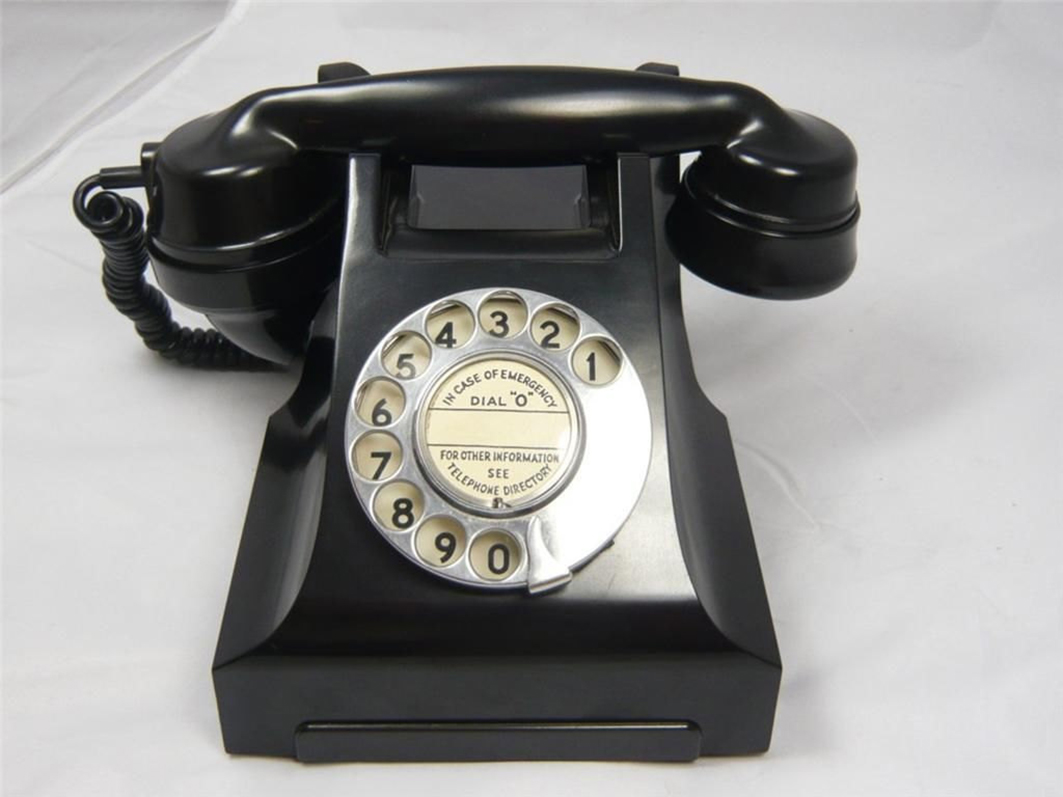 During the Second World War, very few families owned a phone, so the only phones available were either public phone boxes or in shops.

Those who did own a phone during the 1940s, would have had just one choice of colour – black…and it would have been made of Bakelite.

Owning a phone in the 40s and 50s was considered a luxury, and even as late as the 70s it was common for neighbours to share a party line. (Ed. My late mother in law shared a line with her neighbour across the road – they would look out the window and signal to each other to pick up the phone and would then spend hours chatting at no cost!) 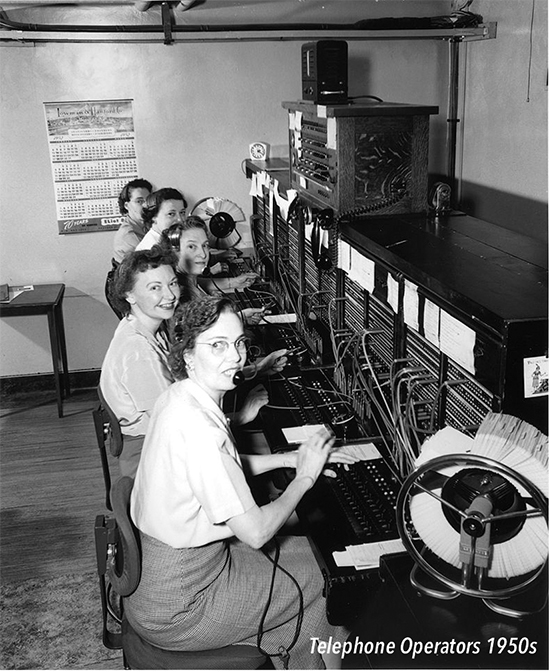 On the 27th September 1902, the Corporation of Swansea was granted the license to establish the Swansea Corporation Telephone Department.

By the 1940s, Telephone Exchanges employed a large number of female operators known as telephonists. In 1934 the Transferred Charge Service was introduced, this meant that the person receiving the call paid the charge – very useful for those that wanted to call home but didn’t have any change to hand!

At the third stroke 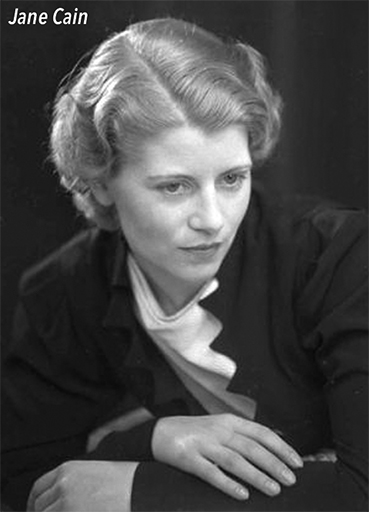 1936 saw the introduction and only based in London, of the speaking clock. The time was recorded by Miss Jane Cain (right), a telephone operator who gave the Greenwich time correct to one-tenth of a second.  She was replaced by Pat Simmonds during 1963 and then in 1985 the third voice of the speaking clock was Brian Cobby. During this year, the old equipment was replaced by a new digital clock.

During the early 1960s the Post Office provided a service, ‘Dial-a-Disc’, allowing telephone users to dial 16 to listen to a current pop song. A different song would be played each day, and I’m sure many readers will remember standing in a phone box listening to a pop song. This service ended in the 1990s.

With the advent of mobile phones, the need for telephone boxes went into decline and today there are very few in and around Swansea. However, for those of you who remember making a call from the 1940s to the 60s, using a public box will remember the process of making a call. First of all, you inserted your coins into the slot and dialled the number. If the call was answered you pressed button A and the coins would drop into the cash box, if there was no answer you pressed button B and your money was returned.

All call boxes had their own telephone number, so you could arrange to receive a call at no cost. Alternatively, you could dial 100 and ask the operator to reverse the charges.

In the words of the late Bob Hoskins, “It’s Good to Talk”