I’ll readily admit I’ve had a soft spot for the Suzuki Swift Sport after having first driven one high in the hills above Barcelona approximately 9 years ago. It was Halloween, and yet such was the Spanish weather we were in T-shirts, turning up the air-conditioning.

It was my firs 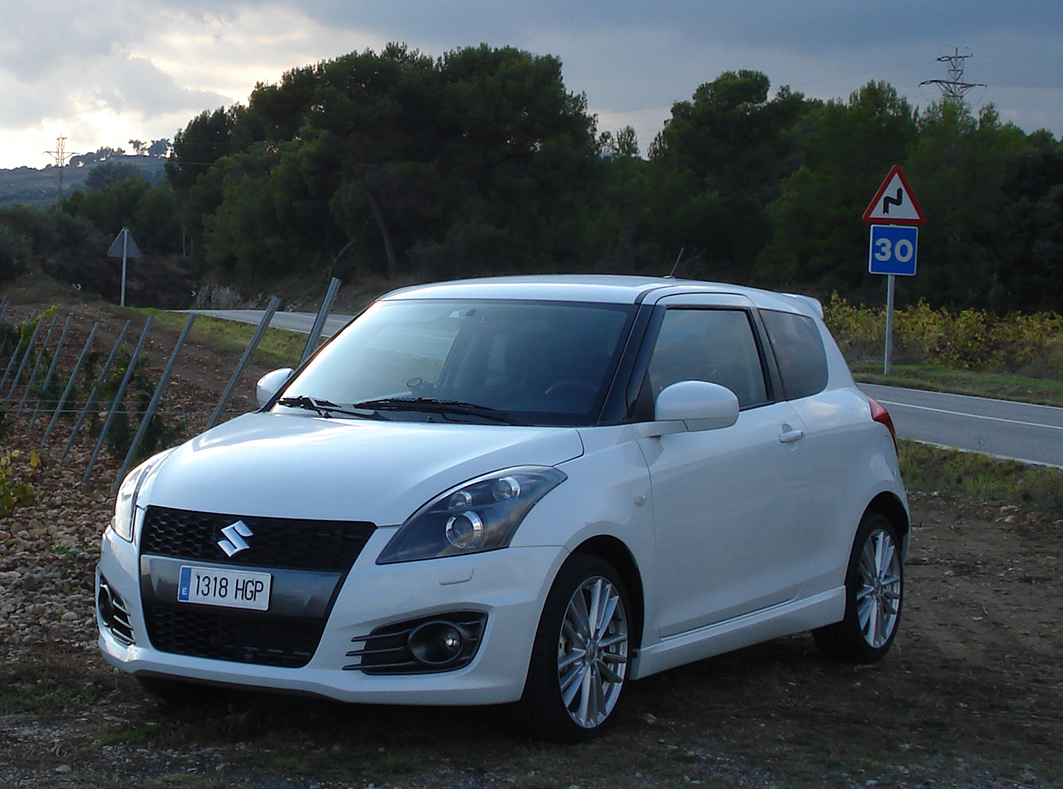 t overseas car launch, my first time in Spain in fact, I remember it well.

Things have changed a lot since then. No-one’s quite as eager to jump on a plane these days that’s for sure, that T-shirt is a tad tighter than it used to be, and the Swift Sport is now a hybrid. In fact, Suzuki’s entire range has gone hybrid, the Swift Sport being the last member to receive the electrification treatment. (It’s also why you can no longer buy a new Jimny. Boo!). 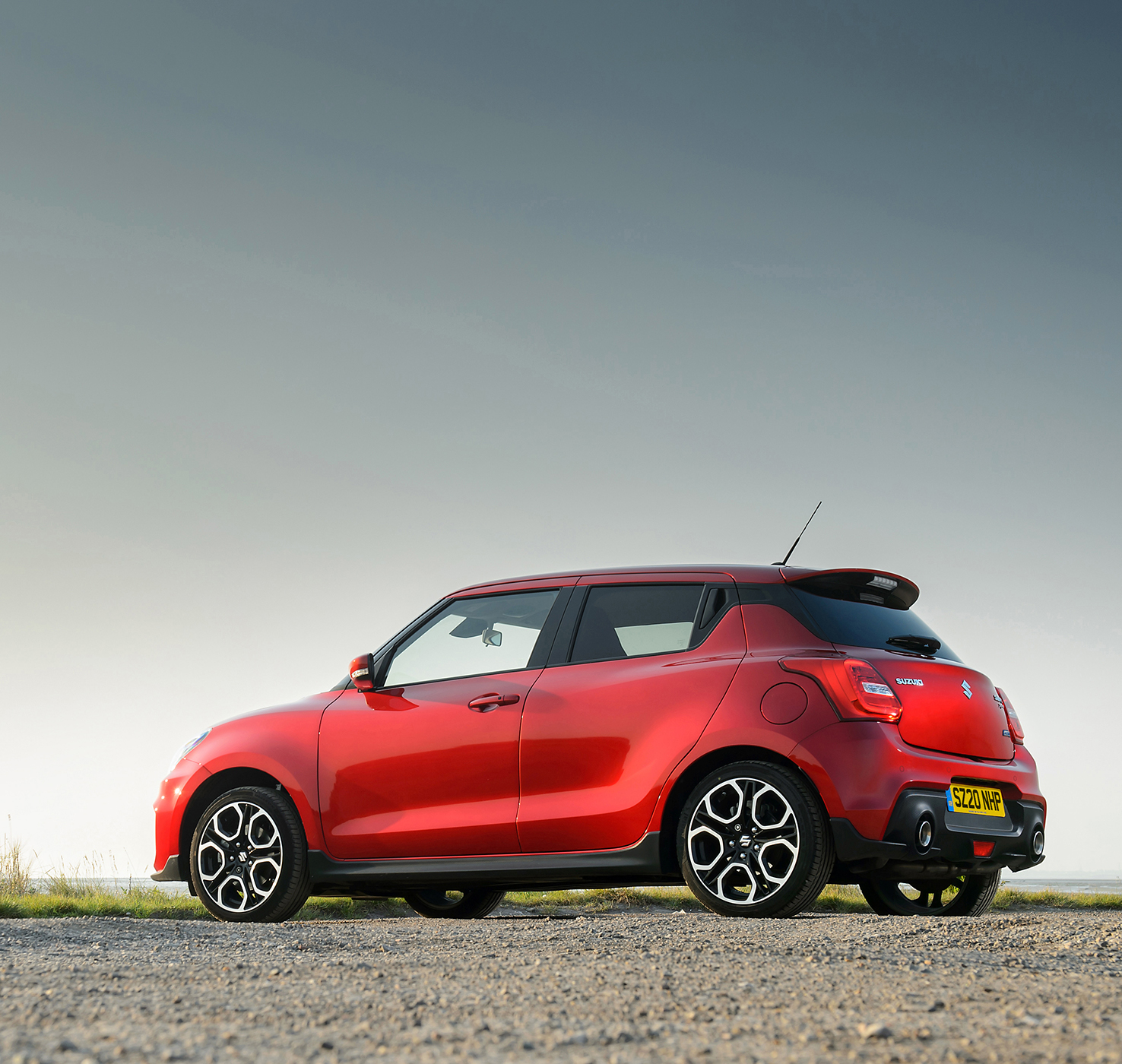 Torque therefore, as you might expect, is up – to 173lbft, to be exact – and it’s available from just 2,000 rpm. Suzuki say 50 mpg is achievable too because of the motor’s assistance meaning now you need not work the engine quite so hard (I got high 40s out here in the Shropshire Hills).

Power surprisingly, is down; where once a Swift Sport packed 138 bhp, it now has to make do with 127. Weight, inevitably, is also up, albeit not by much. The Swift Sport now tips the scales at 1025kg.

So, what of on-road performance? This is a hot – well, warm at least – hatch after all.

Top speed where permitted remains at 130mph, whereas 0-62 mph now takes 9.1 seconds – that’s a full second longer than it used to. The question is do you actually notice such things?

Because of its short gearing, and the electric motor now filling the gaps in the torque curve, the Swift Sport still feels nicely sprightly; faster perhaps than those figures suggest. Compact dimensions and firm yet forgiving new spring and damper rates mean you can still punt it along a B-road with enthusiasm; Suzuki have even positioned the pedals, so you can heel-and-toe. 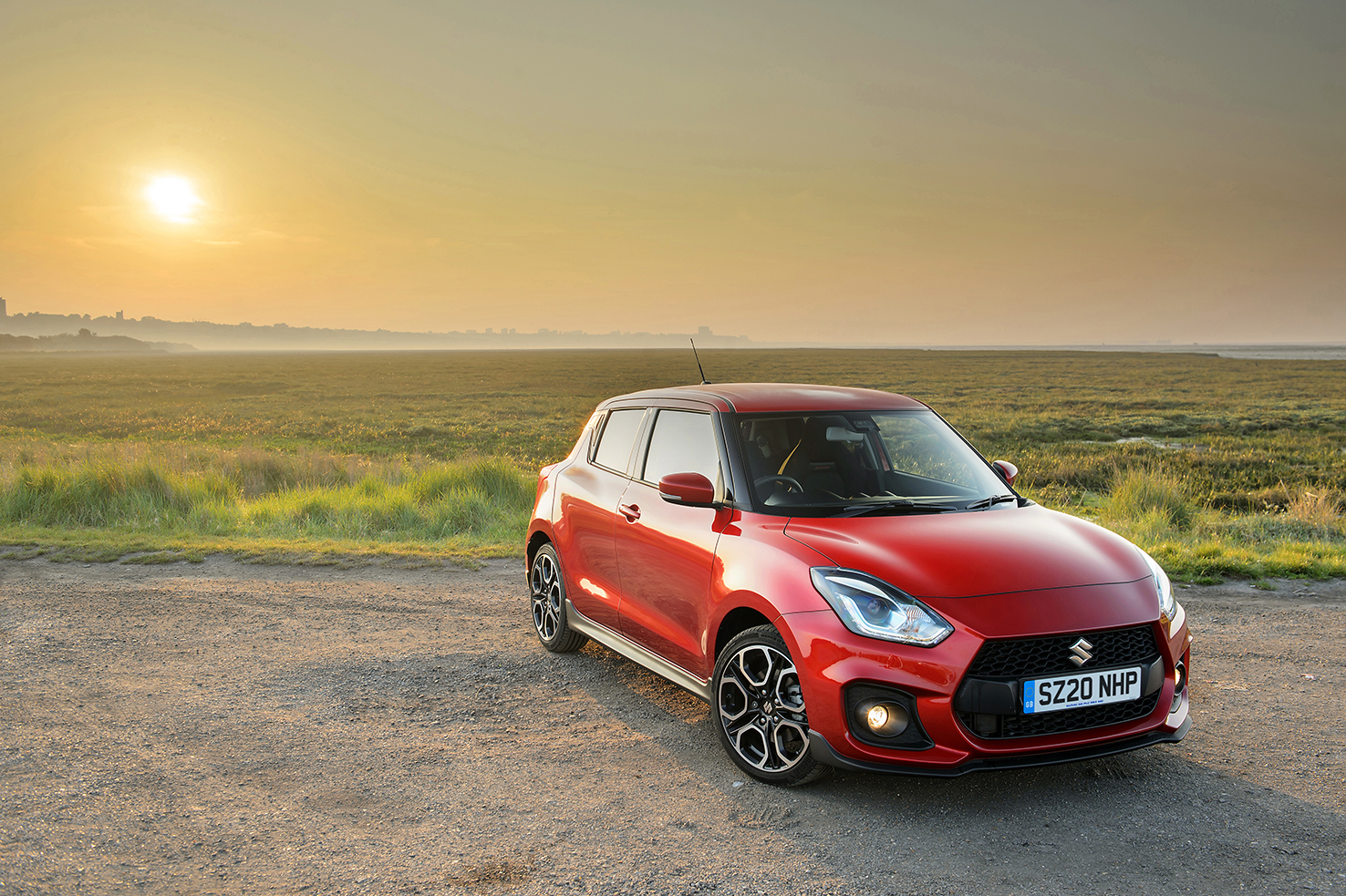 Should you enter a corner with “conviction” it will still cock its inner rear wheel in the air, alternatively should you lift off abruptly it’ll oversteer just like a 205GTi used to. Honestly, Idon’t think I ever had quite so much fun criss-crossing the border on the B4368. My smile lasted long-after the Swift’s brake discs had cooled.

Nevertheless, as fun as the Swift Sport is, it is not without its faults. The biggest of which is now its price. Although loaded with standard kit – LED headlamps, polished 17” alloys, Lane

That wouldn’t perhaps be a problem if the Swift Sport was still the bargain it used to be, but these days Suzuki will charge you £21,570 before they’ll hand over the keys.

To put that into perspective, a VW Up GTi, albeit slightly smaller but with the offer of similar thrills nonetheless, and one could argue, far superior build-quality, starts at £15,275. Ford’s brilliantly effervescent Fiesta ST is £24,280.

Clearly then, it’s getting harder to recommend the Swift Sport. Yet, having spent time with the Swift Sport once again, it’s still hard not to love it.

@bird_liam.  Many thanks to Alun, Jess, Lee and Paul at Suzuki’s UK Press office.