With everything put on hold in cinemas throughout the UK, Emlyn at long last has a new release to review this month, John David Washington and Robert Pattinson star in director Christopher Nolan’s time-twisting spy thriller Tenet 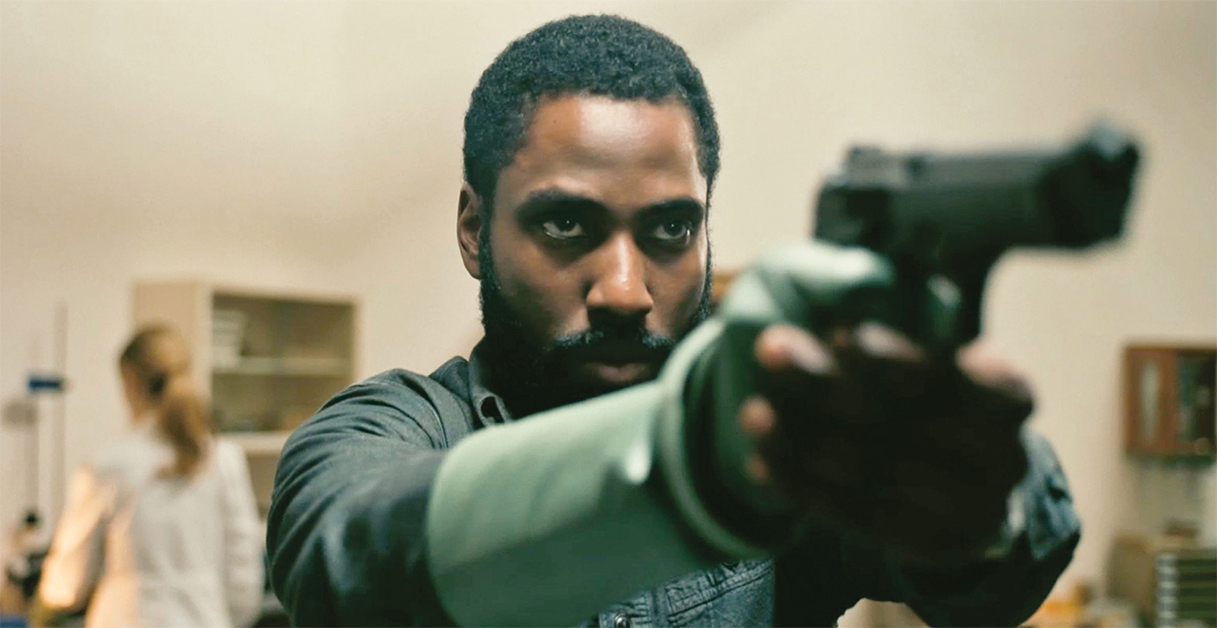 I didn’t particularly care for Dunkirk. I found its doubtless intentional focus on the collective undertaking of the evacuation – at the expense of letting us get to know the individual soldiers – resulted in paper-thin characterisation that gave me no entry point for getting invested in what was happening. I didn’t know who these people were, so I wasn’t moved by their struggles. It was a remarkable technical achievement, but it left me cold. Fast forward a few years to when the first real details about Tenet, Christopher Nolan’s new film, begin to surface, and I learn that its lead, John David Washington, is credited as “The Protagonist”. My immediate thought: oh no, not again.

The Protagonist is a slick, impeccably dressed super spy in the mould of Nolan’s beloved James Bond movies, who finds himself in a confusing twilight world involving time travel or, in the movie’s parlance, “inversion”. Inverted objects move backwards through time and are somehow connected to a Russian arms dealer played by Kenneth Branagh, and the Protagonist finds himself in a race against time to stop World War III.

The secrecy around the plot has been extreme so I’ll say no more than that. Suffice to say that Nolan is once again using the limitless resources at his disposal to play around with time, one of his favourite subjects, and the results are giddily entertaining and utterly baffling in equal measure. There are sequences here that had me genuinely amazed about how they pulled them off, and the action is truly spectacular. The plane crash the trailer showed off and the motorway chase are both hugely exciting, and long gone are the days of his Batman trilogy’s clunky, awkward fist-fights; here the standout scene is a corridor brawl between one person moving forwards in time and one moving backwards. The choreography is jaw-dropping; when Tenet is in action mode, it’s fantastic. 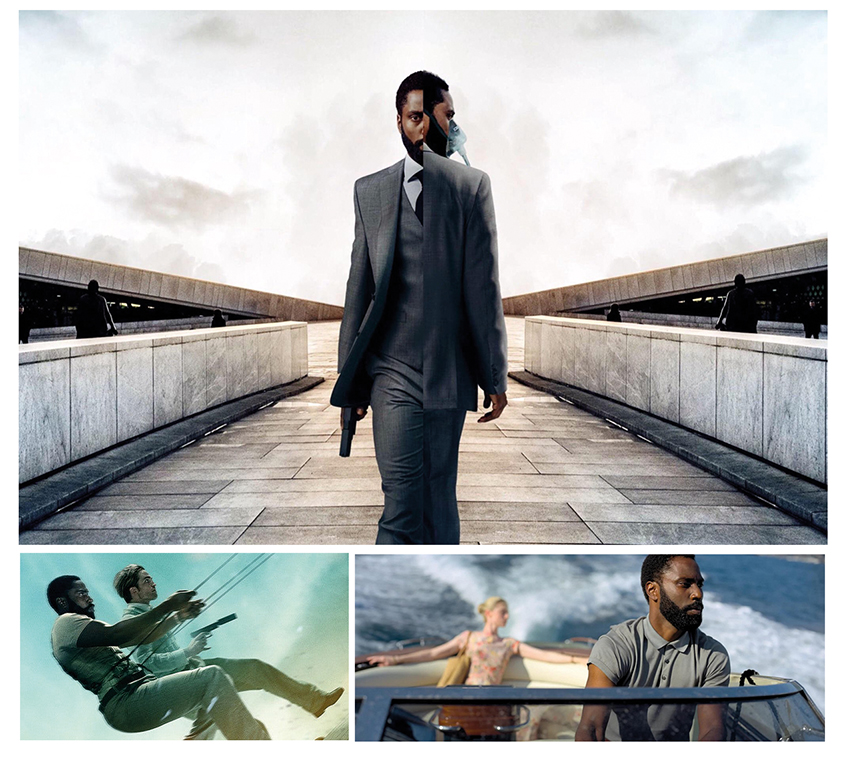 The larger plot can be maddeningly difficult to make sense out of, even if Nolan reassures us with the old Austin Powers trick: “don’t worry about those things and just enjoy yourself”. If you can stop thinking about how it all fits together and just enjoy the spectacle, then there is terrific spectacle to be enjoyed, but it doesn’t change the fact that practically every non-action scene is a torrent of exposition that tries to make sense of proceedings but never seems to help much. As complicated as Inception (2010) was, I never felt I needed to see it again just to get a basic grasp on what happened.

It is, as I worried upon learning the protagonist was called The Protagonist, a film far more interested in concept than character, so even when I did know what was happening I was often unclear why. Washington is suave as hell, thoroughly charming and completely believable as a 007-type spy, but the character Nolan’s written is a blank whom we know little better at the end than the beginning. Inception was as thrilling as it was due in no small part to the stakes for and motivations of its main character being clear and understandable, and that helped no end when the plot was confusing: I still remember the enthralled audience audibly gasping at that final, shocking cut to black when I first saw it. It’s hard to imagine people being emotionally invested in Tenet the same way.

But then, they presumably aren’t supposed to be. I have no doubt that, like with Dunkirk, Nolan has made exactly the film he wanted to make here, and my issues with it are mostly ones of personal preference. There’s no denying the scope and the ambition here, even if it is technical rather than thematic or narrative; story-wise it is essentially a Bond movie with a really cool time travel twist. The scale is massive, but Nolan’s direction is hard to find fault with, and while the time trickery might make the plot hard to follow the same is never true of the action. From a technical standpoint it’s superb, and fans of this style of filmmaking will assuredly love solving this puzzle.

Tenet is good enough that I wish I liked it more, but my misgivings are more about my taste than the quality of the filmmaking. It’s to its very great credit that, for all its complication, it’s still supremely entertaining, but I do hope Nolan makes something simpler and more character-centric next time.