THIS MONTH LIZ REFLECTS ON HER CHILDHOOD LOVE OF FIREWORKS, HER DISLIKE OF HALLOWEEN AND HOW SOUL CAKES SOUND NICER THAN THEY TASTE. 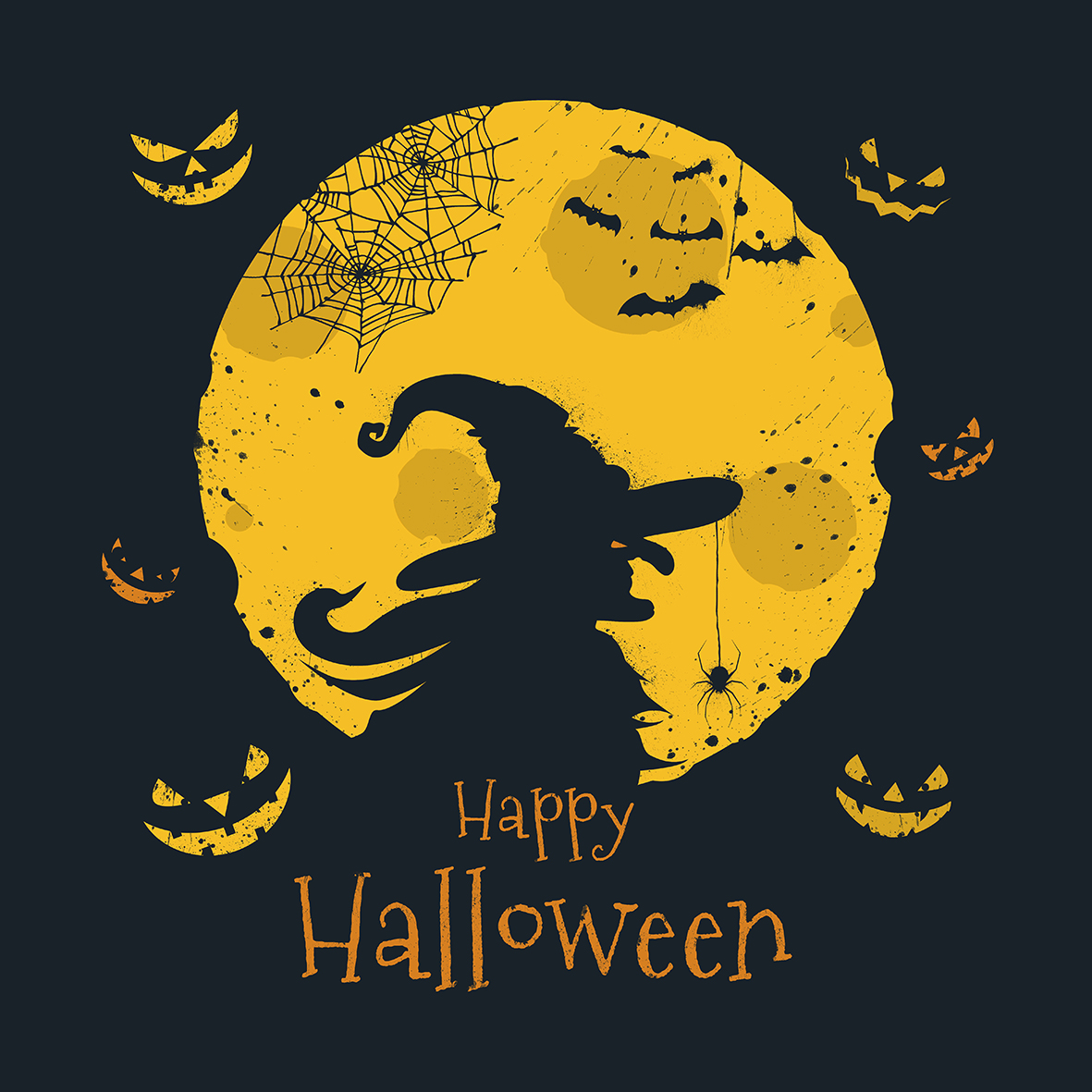 I don’t like Halloween. There I’ve said it. I dislike intensely the American-style commercialisation that surrounds it these days. And, yes, I am a grumpy curmudgeon.

When I was growing up there was no such thing as Halloween. Well, it existed but the attention of children in those long-gone days was focussed on Guy Fawkes’ night.

For weeks before I would save my money and, when I had enough, go to Billie’s the newsagent, (next to Johnnie’s the chip shop) to buy a single firework. I’d choose carefully from the display of Roman Candles, Catherine Wheels, Golden Rain, rockets, and volcanoes, but never bangers or jumping jacks – terrifying things. I’d take my firework home and put it in my lidded tin with the others I was slowly accumulating, taking them out every now and again to admire, and build the sense of anticipation.

On the night my mother would bring home a small box of Standard fireworks and maybe a packet of sparklers, and that would be our evening’s entertainment. Sometimes if my mum had enough garden rubbish we’d have a bonfire, and one year I even made a guy, but he was reprieved at the last minute because I couldn’t bear the thought of him going up in smoke.

Indeed, if I think about the history behind the entertainment – a commemoration of an attempt to kill hundreds of people – I realise it is a fairly unpleasant practise that has been sanitised. And looking more closely at Halloween I find is another thing that has been perverted out of recognition. Although for centuries the dead have been remembered on All Saints’ and All Souls’ Days, and ghostly and spooky story-telling and rituals were traditional, the dressing up of children as little devils sits uneasily with me.

Yes, I know I’m taking it too seriously. I know for children that Halloween is all about fun and eating chocolate, and that Trick or Treat isn’t a form of threatening behaviour but about how many sweets they can collect. But it still makes me uncomfortable.

I recently heard a woman talking about her abusive childhood, and how one of the things that helped her through it was singing the song, ‘Jesus loves me,’ to herself. Knowing that she was loved and always had Jesus with her made a huge difference to her life, and now, as a parent, she sings the same song over her children when they’re going to sleep. What a wonderful way to drift off with words of love and assurance in your ears.

In a letter he wrote to the church at Philippi, the apostle Paul suggested this:

Summing it all up, friends, I’d say you’ll do best by filling your minds and meditating on things true, noble, reputable, authentic, compelling, gracious —the best, not the worst; the beautiful, not the ugly; things to praise, not things to curse.

Maybe the world would be a better place if we all did that. I know it’s not always easy for all sorts of reasons. I’m as guilty as the next of see-ing the worst in people.

But I’m glad I had my children before Hallo-ween became such a big thing in this country and I was never faced with the dilemma of whether or not to allow them to go trick or treating.

The house we live in is set back from the road behind trees and is quite dark at night. That plus the fact that not many children live in the immediate vicinity means that we don’t usually get anyone knocking on our door on 31st October. We did once but as the best we could offer them was, ‘Um, slimming cracker anyone?’ they never came back. Which is a shame as after that I was prepared and now buy bags of choc-olates every year. Which we have to eat ourselves of course. 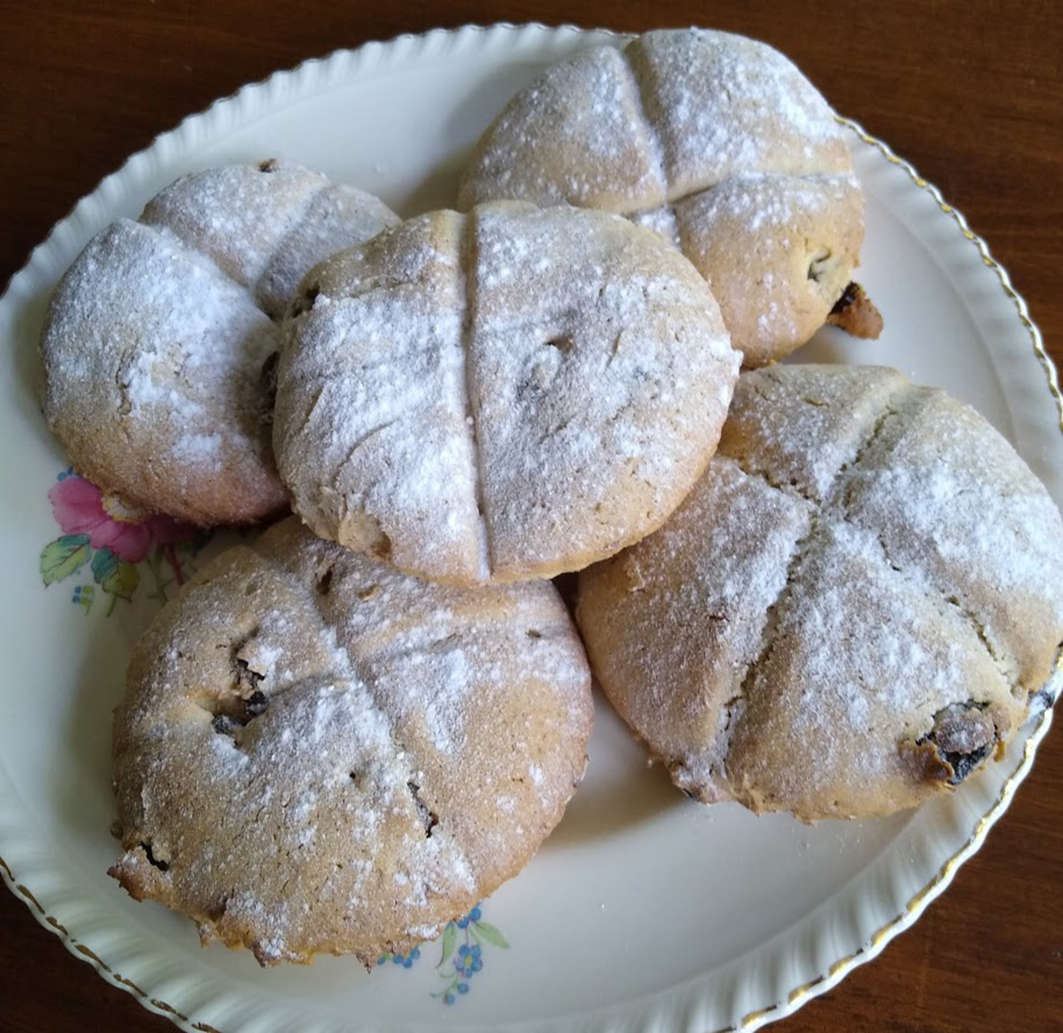 However, I did find myself drawn to the idea of soul cakes. It used to be traditional, not for children to go Trick or Treating but, for beggars to call at the houses of rich men asking for a gift of food, in return for which they would pray for the dead of the family. The cook of the house-hold would make a batch of these small round fruited buns for the purpose.

According to Florence Berger, who in 1949 published the wonderfully named Cooking for Christ, one cook suspected that after the buns were received very little praying was done. So, she decided to come up with a more thoughtful sort of cake. As the circle was a common symbol for everlasting life she cut holes out of the middles of her soul cakes and, lo, the first dough-nuts were invented! Allegedly.

I made some soul cakes myself (above) with the intention of sharing the recipe with you but let’s just say that they sound nicer than they taste!