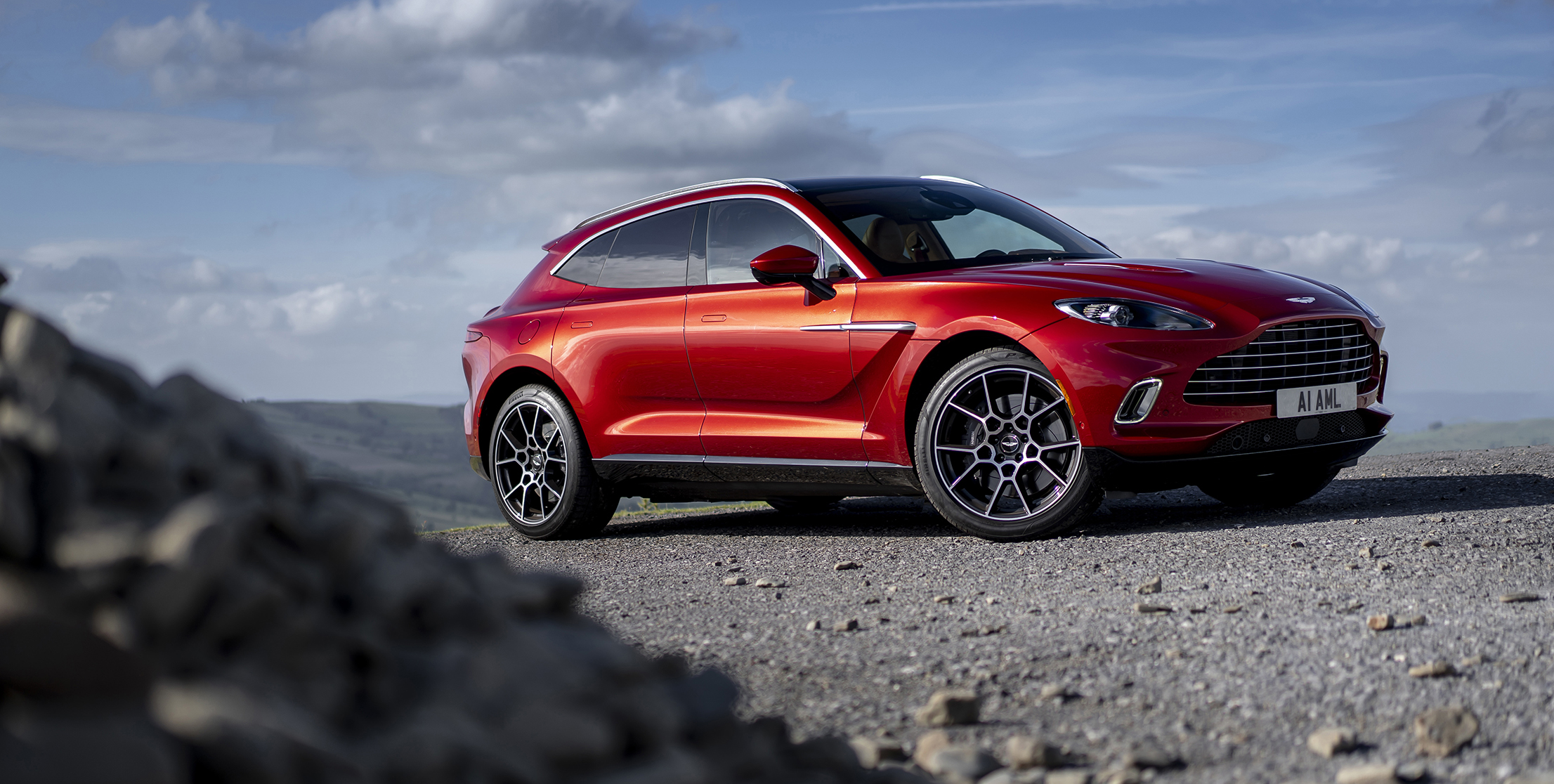 “I’ve always preferred the smaller Aston Martins, having driven both the DB11 and the Vantage on similar roads, I’d take the Vantage”.

That’s what I (perhaps inadvertently) told Dr Andy Palmer, the then CEO of Aston Martin, when I interviewed him a couple of years ago at The Goodwood Revival. Well, I say interviewed… in a bid to stop my tongue sticking to the roof of my rapidly drying mouth, I nervously gulped on a glass of water as the good doctor kindly kept talking all things Aston Martin, simultaneously and very cleverly giving little in the way of anything remotely resembling a trade secret away in the process. Not that any of my hastily scribbled notes were exactly probing that is. The truth is, I’d run out of questions before he’d had his first sip of tea.

Then, mid-way through my stuttering, and as if to help calm the obvious novice sitting across from him, Dr Palmer simply said, “I’m inclined to agree. In certain circumstances the DB11 can feel a bit big; I’d take the Vantage as well”.

Blimey! That’s the head honcho telling me he preferred the entry-level model to the flagship. I nearly choked on my water.

So, what then of this: The DBX, a five-seater, four-wheel drive, luxury SUV that just happened to be developed during Dr Palmer’s stewardship of Aston Martin. It’s not exactly what you’d call small now is it? 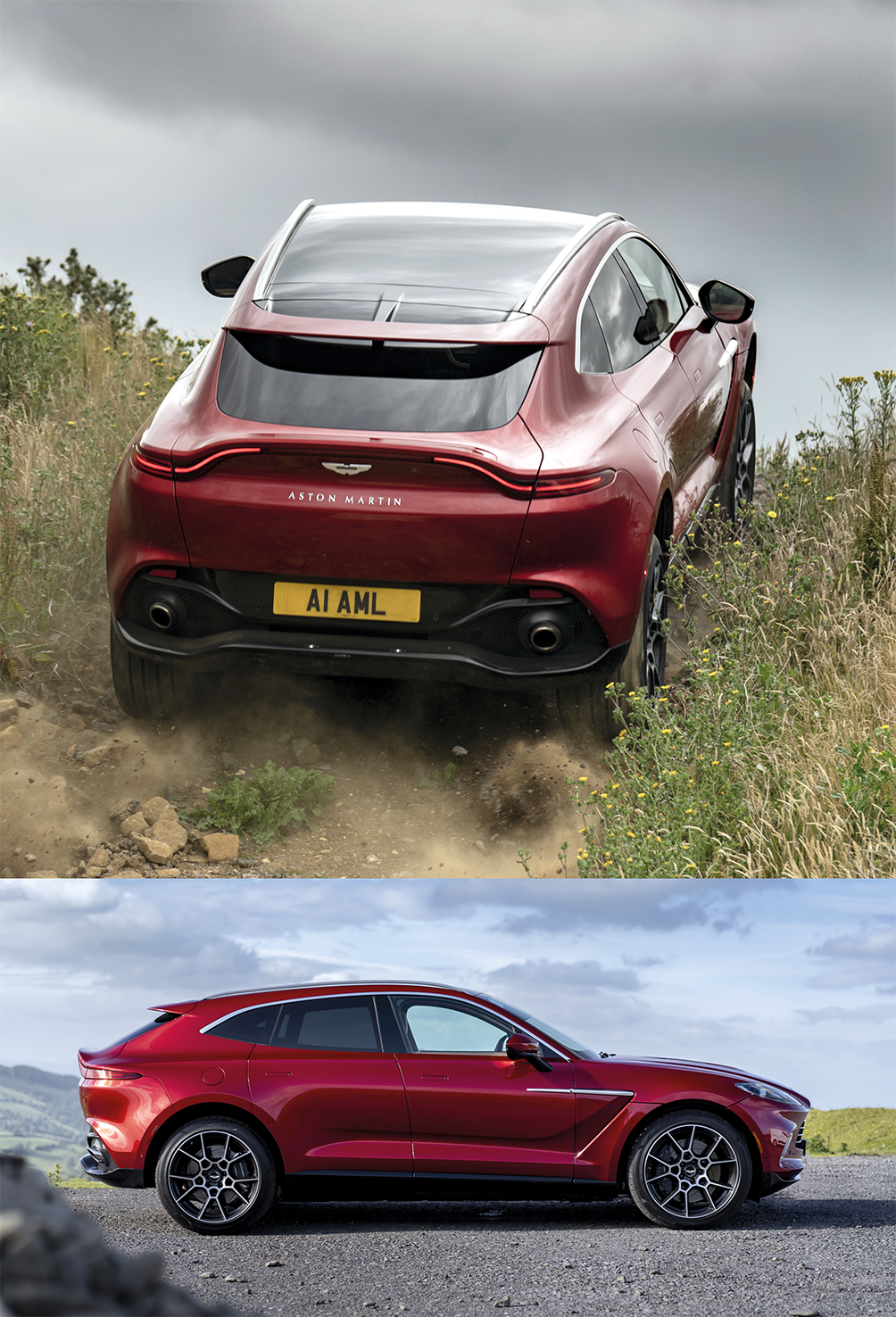 You can see why they’ve done it. No luxury car manufacturer can be without an SUV in its line-up these days, Rolls-Royce have their fastest selling model ever Cullinan, Lamborghini have their how fast do you really need to go Urus, Maserati make the Levante, half of all new Bentley’s built are Bentaygas, and Porsche simply wouldn’t have survived had they not have produced both the Cayenne and Macan. Even Ferrari, who denied even having an interest in such things, are rumoured to be launching an SUV in the not too distant future. Big cars – especially big, tall, luxury, fast and potentially go anywhere cars, symbolise big money, in many ways.

Fortunately, the DBX is far better looking than most of that aforementioned bunch. It does have a few awkward angles – find me an SUV that doesn’t (especially one fitted with a flying lady) – but chief stylist Marek Reichman and his team have to be applauded for designing something that’s so different from what’s gone before and yet is still so instantly recognisable as an Aston Martin. The grille, the vents in the wings, the ducktail rear, the frameless doors, the curves… all the familiar Aston Martin styling cues are there – only now, they’ve been scaled-up. The bonnet badge is the biggest one they’ve ever fitted. 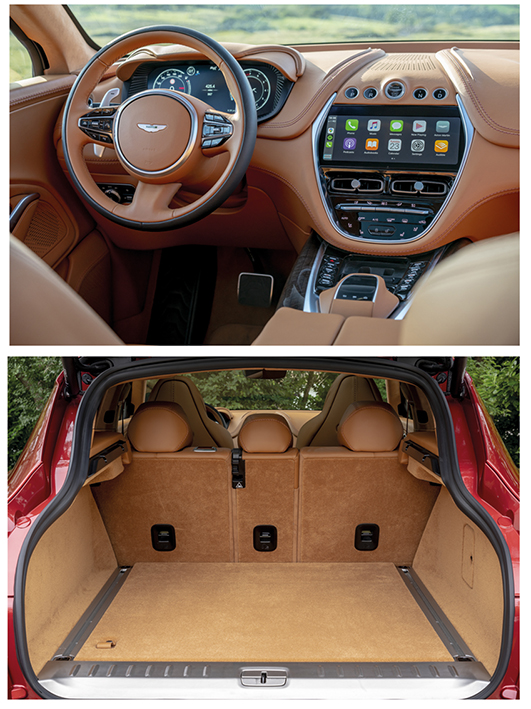 Inside too, there’s a sense of familiarity. The seats, doors, dashboard and even the headlining are clad in soft leather. The P, N, D and R buttons that control the new 9-speed transmission and sit atop the dashboard flanking the larger one marked engine start, are from the Rapide. The aluminium shift paddles are the same as those found in both a Vantage and DB11. And you still get the single stalk that controls the lights, wipers and indicators, as you do in many a Mercedes Benz. The infotainment screen and its associated controls are straight out of Stuttgart too.

What’s different of course is just how much space there is. Six-footers can easily sit one behind the other, there are numerous bins and cubbies for your oddments, phones, and bags – some Aston Martins don’t even get a glovebox. And the boot is huge, especially so if you fold the rear seats (rear seats!) down. It’s also incredibly easy to get comfortable, everything’s electrically adjustable, not to mention both heated and cooled, and visibility in almost every direction is surprisingly good.

Aston are said to have used the open space at St Athan to mock up a series of junctions, roundabouts and crossings, around which early DBX prototypes were tested, in a bid to define things, such as sight lines, and avoid obtrusive pillars. It was clearly time well-spent. It’s far easier to place the DBX on the road than it is one of their big GTs.

All of that would of course pale into insignificance if the DBX drove just like another luxury SUV. I’m privileged to be able report that it doesn’t.

Yes, should you wish, you can load it with the dog, the family, and all their luggage, then switch on the adaptive cruise control, select GT mode, and let the miles melt away as the air suspension smooths out the bumps. Or, you could select one of the two terrain modes, jack those air springs right up, and go green-laning, hill descent control deployed, and optional 22-inch diameter, near steam-roller wide all-season tyres keeping you safely on track. 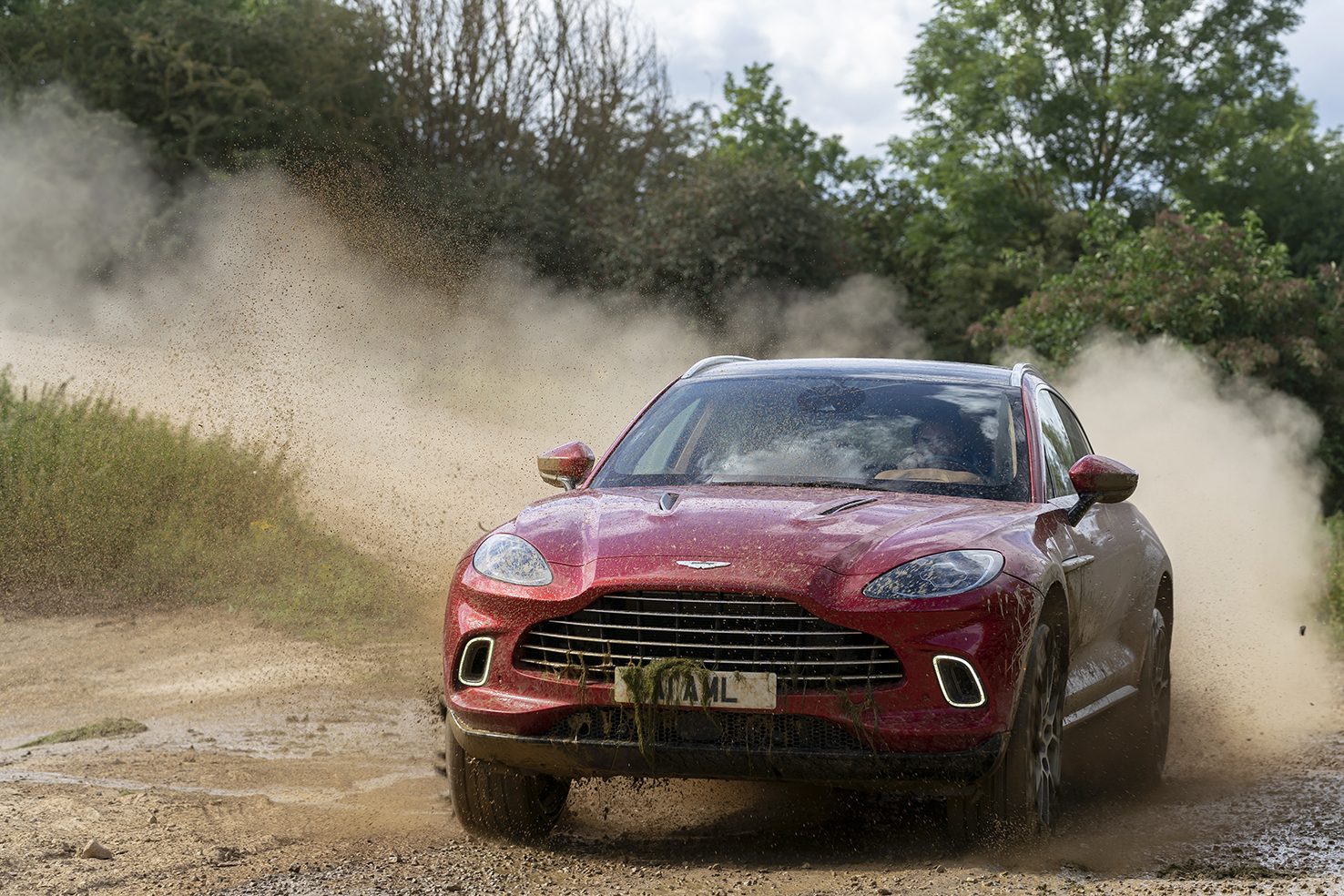 Will any DBX owner ever do such a thing? Will they utilise the 500mm wading depth, or couple-up a trailer? (The DBX will tow up to 2.7 tonnes). It’s doubtful.

Better then to select Sport Mode, make the transmission hang on the lower gears for longer and revel instead, in just how athletic and precise the DBX can be. It’s wickedly quick; as friend of mine commented: It goes like a stabbed rat!

And that’s not just in a straight line.

Despite the DBX weighing-in at over 2.2-tonnes there’s very little body roll, thanks to a 48V electrical system that controls active anti-roll bars. The steering is quick, light, and precise, and the DBX changes direction in a far neater and a far nimbler way than you’ve any reason to expect it to. Throw in an epic V8 sound track, all cackles and pops on the overrun, and on a twisty road the DBX really can entertain. You can even indulge in a little oversteer – not that I’d ever condone such things. Nevertheless, I’ve a suspicion, most DBXs will be driven simply to be enjoyed.

Building a one size fits all Aston Martin was always going to be a risk, there’s a lot riding on the success of the DBX, not least the future of Aston Martin itself, but you’ve got to hand it to them, they really have done a fantastic job.

Be careful who you tell, whisper it. The DBX just might be the cream of the current Aston Martin crop.

Many thanks to Kevin, Sophie, and Jane at Aston Martin for the loan of the DBX.