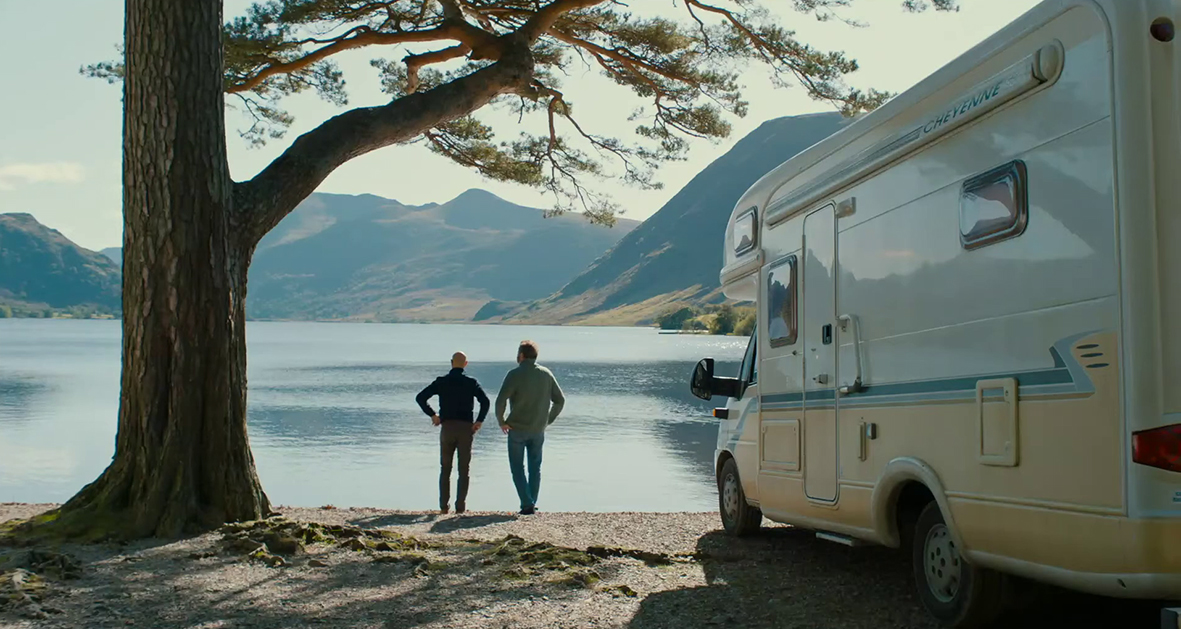 Emlyn’s choice of film for this issue sounds the perfect antidote to the crazy world in which we find ourselves today. It’s a gentle story of love and devotion through adversity.

Let’s hope the cinemas stay open so that we can go and see it.

Against all probability, the London Film Festival was able to go ahead this year, albeit largely happening online, a merciful piece of normality in an industry beset by problem after pandemic-induced problem. And as one always hopes, there have been plenty of films worth getting excited about even with the number of them being screened inevitably being quite a bit smaller compared to previous years. 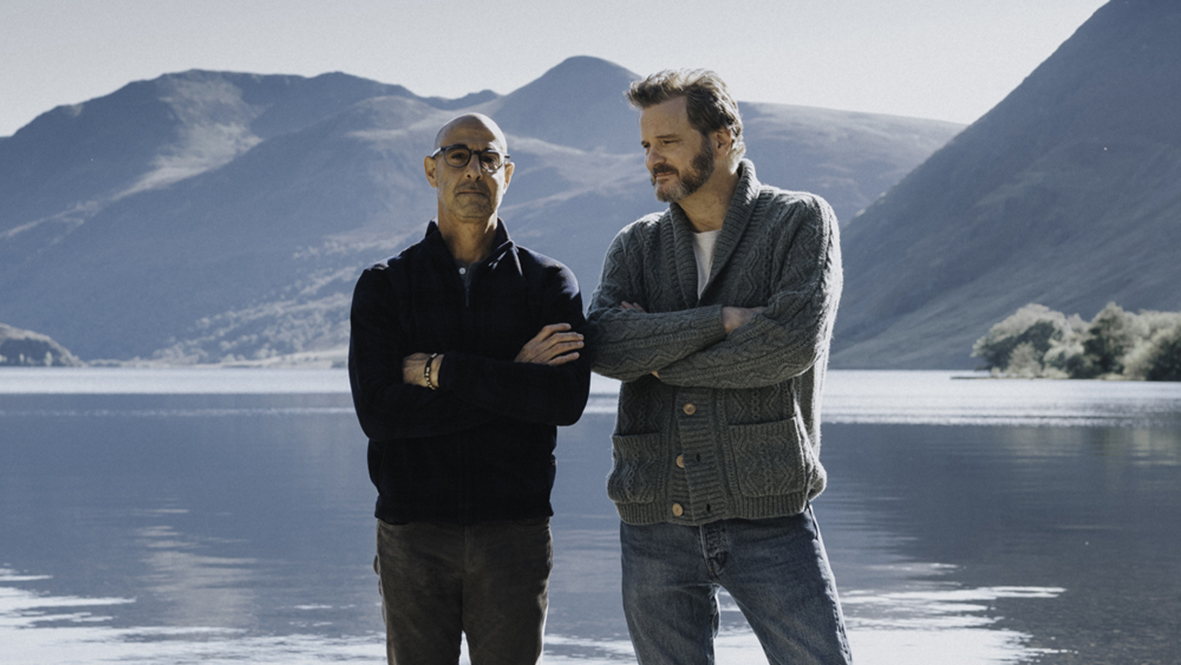 Supernova follows long-term couple Sam and Tusker as they take a holiday through the English countryside in their campervan, visiting old haunts and seeing friends and family. Tusker is suffering from early onset dementia, and he and Sam are eager to make the most of the time they have, even as he grows ever more easily confused and the two of them struggle to come to terms with what’s ahead of them.

It’s a purposely small, simple story, but the title and opening shot of a star field invoke the cosmic, inviting us to see the events in the same light as the characters: for them, Tusker’s diagnosis is devastating, world-ending, and by grounding everything so firmly in these two people and their world, the audience is invited in to this very intimate tale and allowed to truly be part of it. It’s a film of deep feeling and complicated, wrestling emotion, and the care given to these characters to make them truly feel like real people with a long history together, is invaluable.

For all that it is a film about anticipating an ending one way or another, much of it is just about Sam and Tusker being a couple. Colin Firth and Stanley Tucci are wonderful in the roles, with an ease and familiarity together that completely convinces us that they’ve been together for years and years. They bicker and squabble and tease each other mercilessly, but there’s a rich seam of care and affection running beneath it all that leaves no doubt about how much they love each other. It’s an actors’ showcase first and foremost and both get their chances to shine: there are inevitable late-in-the-game surprises and more serious arguments but no histrionics, no scenes that seem intended as an Oscar nomination clip. The performances are dialled-back and subdued, except when the cracks start to show – and those moments are all the more powerful for what surrounds them.

It beautifully captures how difficult dementia is for those who love the sufferer, and how much the one with the diagnosis often needs to put on a brave face for their friends and family. Sam is visibly struggling to keep it together while Tusker seems relatively nonchalant, trying to be calm for Sam’s sake, right up until the mask slips and we see how scared he really is. It’s a tricky, very subtle performance and Tucci really is superb.

How lovely it is that it’s all presented so matter-of-factly, that they’re a middle-aged gay couple who aren’t treated as something exceptional but rather as totally normal, by the camera and characters alike. They’re allowed to just be, never having to justify or explain themselves, simply existing in the world among people who love and care about them. Indeed, to mention this seems almost to miss the point in context, but seeing this kind of relationship treated so normally is still itself quite unusual, and Supernova deserves a lot of credit for it.

At one point, Tusker quotes G.K. Chesterton, saying “the world will never starve for want of wonders; but only for want of wonder”. It’s a reminder to always be curious and find the magic in everything, and it certainly seems applicable to these times. Supernova may be a small, simple story, but it is something of a wonder itself, and its aspirations to cosmic signific-ance succeed. Exceptionally performed and astutely observed, it’s a deeply moving hymn to love.