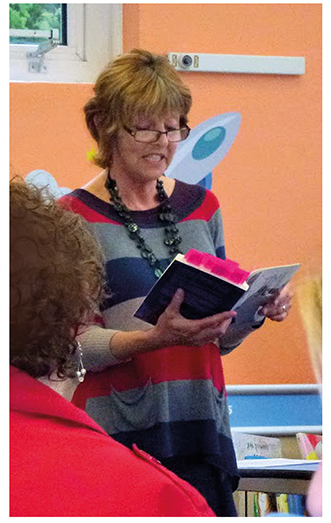 Liz Hinds loves to tell a story; she’s the author of three books and has a regular blog. This month she looks at storytelling and when to stop foraging for blackberries.

At the shout from me, Husband quickly dropped the blackberry – which George promptly ate – and stared at me for explanation. For weeks we’d been foraging for blackberries, and eating them as we went along; why shouldn’t he eat the one he’d just picked?

Husband shrugged. He knows if he waits long enough I’ll explain myself. He’s used to – seemingly – illogical sentences issuing from my mouth.

‘It was Michaelmas Day yesterday. The day St. Michael threw the devil out of heaven; he landed in a blackberry bush and peed on it. So, you shouldn’t eat blackberries after that date.’

I’ve got a sneaky suspicion he wasn’t completely sincere in saying that though.

I’d never heard of this … belief, superstition before that day. I’d only happened to read it on Twitter. But it amused me, so I decided to do a bit of research.

Needless to say, there doesn’t seem to be much scriptural evidence for this story. Yes, Michael is the one who leads the army of angels into a big fight with Satan, who did then land on earth, but the book of Revelation says nothing about his urgent need for urination (or possibly to spit, stories vary) or indeed about his landing place. But traditions arise and stories are built, sometimes on very little foundation, and who doesn’t enjoy a good yarn?

Story-telling is an ancient art. From very early days it’s the way history was passed down through the generations, with some errors or exaggerations inevitably creeping in. And we all know that history is written by the winners.

But it wasn’t just history that was shared through stories. Thirty thousand years ago cave dwellers told stories of their hunting expeditions by painting on cave walls. Twenty-seven thousand years later the Greeks were telling their own stories of heroes and gods.

When Jesus was on the road he frequently used stories to make a point. By using images that would have been familiar to the people he was addressing – mostly ordinary people without much education – he could help them understand his message. When a teacher of the law came to him and asked, ‘Who is my neighbour, the one I am told to love as I love myself?’ Jesus responded by telling one of his most famous stories.

A Jewish man was attacked and left at the roadside to die. The first people to come along were religious men; they both made excuses and ignored his plight. The next man to arrive was a Samaritan, a member of a neighbouring tribe hated and feared by the Jews. This man went out of his way to help the man to safety and to pay for his continued care. At the end Jesus asked, ‘So which one of these do you think was a good neighbour?’ The thought that a perceived enemy could be virtuous and worthy must have shaken a good number of his listeners, and the command to love him even more so.

Although Jesus used his parables for teaching I really hope that on cold nights when they all huddled around the fire Jesus told his disciples amazing, incredible stories, about the creation of this earth and maybe even tales of other planets. ‘See that star up there? Well, once upon a time …’ What wonders he could have described! And we know from the crowds that followed him around that he must have been a captivating narrator. Wouldn’t you have loved to have heard those stories? 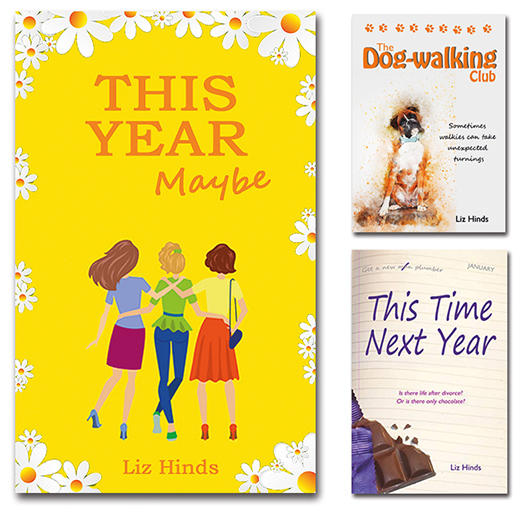 Stories can be educational, challenging, controversial, entertaining, thought-provoking – I’ve recently read American Dirt, which definitely falls in that category – or just fun. And who doesn’t need a bit of light-hearted relief especially in these days? And sometimes you just have to write your own!

One of the things I managed to do during lock-down (version 1) was finish writing the sequel to my novel, This Time Next Year. In the original we followed a year in the life of newly-divorced Alison beginning on the eve of her fift-ieth birthday. This year…maybe picks up the story a few years later, and it’s to be published at the end of November – just in time for Christmas stockings?

If you like the sound of it Bay is giving away a FREE COPY to one lucky reader (see below for details).

If you haven’t read the original yet – why not? – you can get it free from my blog by signing up for my newsletter. (No commitment: you can unsubscribe at any time.) 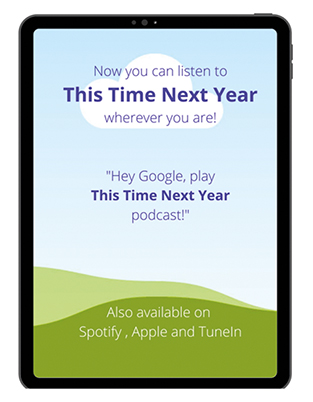 Both books along with my other novel, The Dog-walking Club, are available from Amazon. If you prefer to listen to your stories you can hear me reading This Time Next Year for free. It’s available as a podcast on Apple and Spotify as well as Google.

My blog is called Finding life hard? and you’ll find it at liz-and-harvey.blogspot.com

Simply send your name address and daytime tele-phone number to lesley@theswanseabay.co.uk putting This Year in the subject bar. Alternatively send your name, address and daytime telephone number to This Year, The Bay Magazine, 1 Cae Banc, Sketty, Swansea SA2 9N. Only one entry per household please. No cash alternative, Editor’s decision is final. First name drawn is the winner.